Money is something that we all need. It helps us afford the necessities of life like food, shelter, and clothing. Money is also needed for comfort items to make our everyday lives on this earth more cheerful.

There’s no doubt that the residents of the Star Wars universe have the same need for money. Those in the galaxy do not share in the monetary currency of our world. Instead, they have something called “Galactic Credits“.

So what exactly are these Galactic credits? Does Darth Vader get paid? These questions and more will be answered in this article. Let’s dive in.

What Exactly Are Galactic Credits?

Galactic Credits was the official currency of the galaxy. This currency was shared by both sides of the Force, under different names. It was formerly known as Republic Dataries, and later it became known as Imperial Credits.

Simply called Credits, Galactic Credits worked the same way our money does, in that individuals would exchange Credits for goods and services. 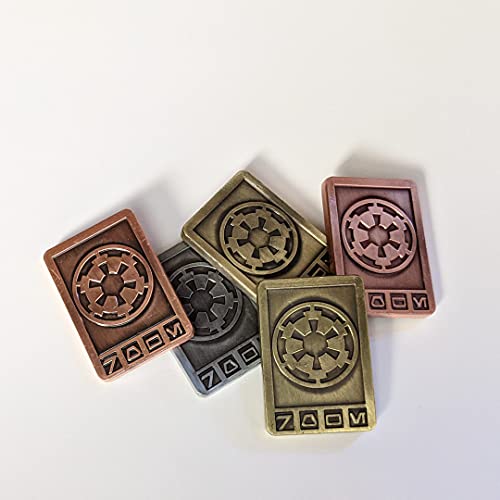 Established on the moon Sojourn, the Credit was heavily backed by the InterGalactic Banking Clan (IGBC) on Muunilinst. They continued to back both sides of the currency during the Clone Wars.

As beneficial as the Galactic Credits were, some merchants deemed them worthless and required something more valuable for whatever they were selling.

An example of this came on Tatooine. At the time (during The Phantom Menace), this planet wasn’t under the jurisdiction of the Galactic Republic. As such, the inhabitants of Tatooine did not use the Republic currency, so it had little to no value there.

This is similar to when someone enters the United States and tries to buy something with their native currency. Because of the exchange rate, their money may be no good and be of no use to the merchant.

While we’re speaking of our reality, it has been estimated that one Galactic Credit is approximately 1.44 USD.

Did the Jedi and Sith Get Paid?

Right off the bat, we can say that the Jedi did not get paid. In fact, getting paid would go against everything they stood for.

The Jedi did not believe in personal wealth (they didn’t even believe in forming bonds with loved ones). The Jedi longed to be one with the light side of the Force, and to them, the only way to do this was by being empty vessels for the Force to fill. 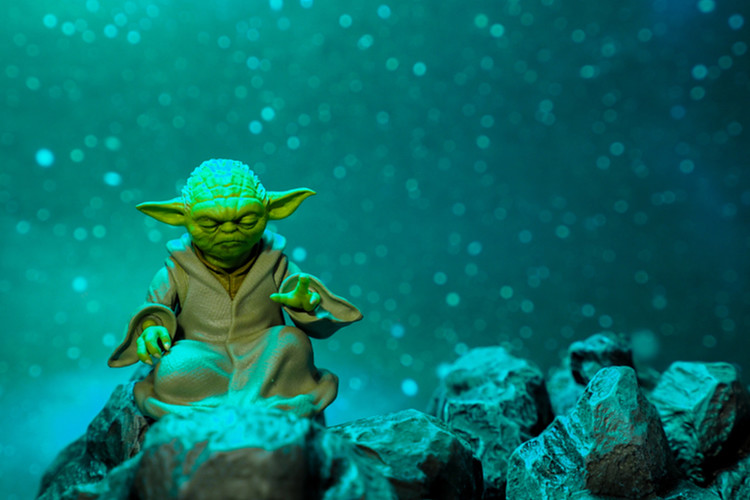 As per the Jedi Code, they remained devoid of attachments, emotions, and anything else they thought would prevent them from being filled with the Force, which included material things.

The Jedi may have felt that if they got paid they would become materialistic, which would lead to vanity, which would be a slippery slope to the dark side.

In lieu of getting a salary, the Jedi’s necessities (food, shelter, and clothing) were taken care of by the Galactic Republic as a sort of “thank you” for their service to the Republic.

On the other hand, the Sith were known for being greedy. They hungered for power and were willing to do whatever it took to get there. This included using politics (mainly through Emperor Palpatine) and wealth.

While it is unknown whether the Sith were paid a salary, they have been shown to have gold and enough credits to live comfortably. However, despite their reputation, the Sith did not care for wealth.

All they wanted was power, and the freedom to practice their dark beliefs without being chased by the Republic’s minions. Still, they seemed to be doing pretty well for themselves.

It is speculated that the Sith would simply take the wealth of the terrified people of the planets they destroyed.

Once again, wealth may not have been the Sith’s motive, as they mainly cared about instilling fear in the hearts of these people, but they may have seized the opportunity. They took the credits and precious resources with them.

Did Darth Vader Get Paid?

Now, you may be wondering, “If the Sith are wealthy, that must mean that Darth Vader gets paid a lot, right?” Well, not exactly.

As far as we know, Darth Vader did not receive a salary, although it is plausible that he may have received something small from the Empire, similar to the “thank you” the Jedi got from the Republic.

Furthermore, Darth Vader was the Emperor’s right-hand man and only answered to him. Therefore, he was privy to whatever the Emperor allowed him to have. This could have been anything from military forces to monetary support. 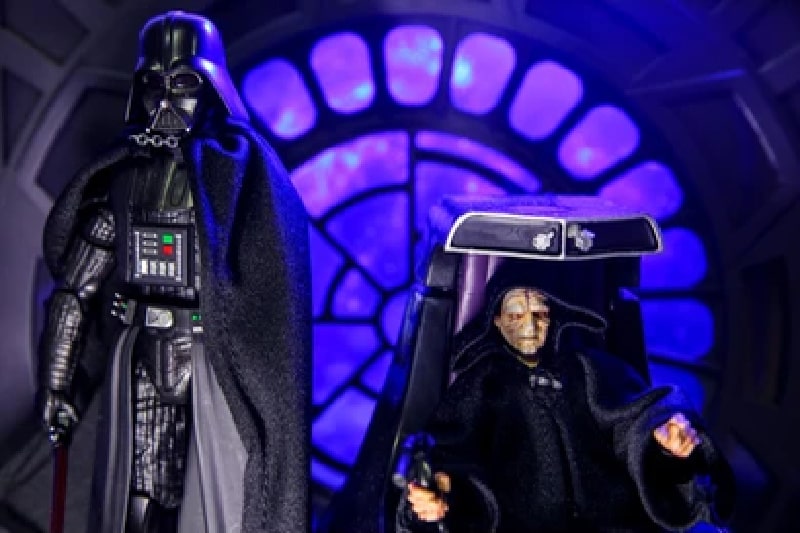 Because of this, Darth Vader had no use for personal wealth, and quite frankly, he did not care for it. Wealth was far more trivial than Vader’s other goals.

Sure, it must have been nice to go from being a slave to never having to worry about where his next meal would come from, but ultimately, Darth Vader just wanted unlimited power.

He wanted to rule the Empire, and for him, that was probably worth more than all the riches in the galaxy.

What Was Darth Vader’s Net Worth?

While an exact figure of Darth Vader’s net worth isn’t known, it has been shown that the Sith Lord was fabulously wealthy.

Darth Vader was given leadership over multiple planets, so his wealth could have been a combination of gifts from allies, people who feared him, and the wealth of the Empire.

What’s more, he could have simply taken large portions of these planets’ wealth as his own because he was their ruler.

Circling back to the Empire’s wealth, if Lord Vader needed something (like when he hired Boba Fett to find the person who destroyed the Death Star), that money came out of the Imperial fund, not his pocket.

This means that any finances Darth Vader accumulated over the years simply continued to build.

The fact that he did not spend any of his own money (because he didn’t have to), combined with the potential for inflation, meant that Darth Vader’s net worth could have been well into the millions.

What Was Palpatine’s Net Worth? 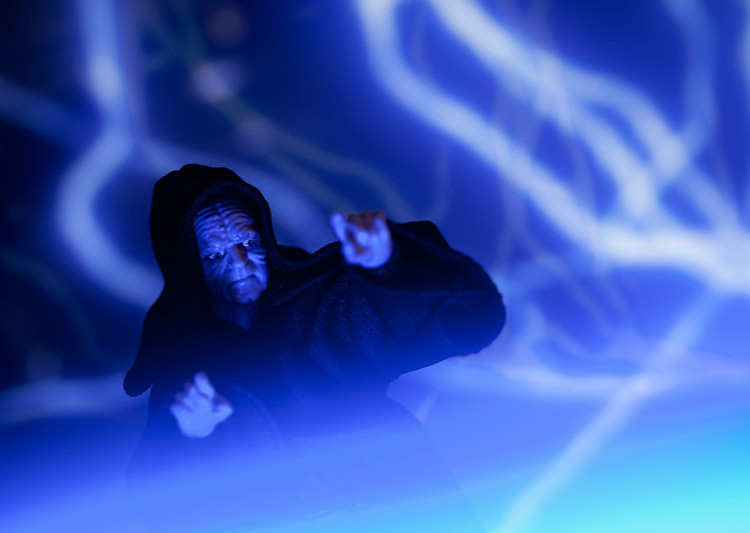 Of course, if Darth Vader was wealthy, then it’s safe to say that Palpatine was unfathomably wealthy. After all, he was the ruler of the Empire.

Palpatine was the figurehead behind the building of the Death Star. The construction of this planet-destroying superweapon required the use of many different high-quality resources. Naturally, with higher quality comes a higher price tag.

Even though there is no indication that Palpatine paid for this out of pocket, the wealth of the Empire was ultimately his.

Not to mention, Emperor Palpatine was a master manipulator and most likely had amassed wealth from sketchy alliances with people who were hoping to remain on his good side (if he even had one).

Needless to say, Emperor Palpatine essentially had an infinite stream of credit at his disposal.

This means that his net worth could have easily surpassed that of his subordinate, Darth Vader, which would likely make him somewhere between a millionaire and a billionaire.

Darth Vader was one of the most feared warriors to fight for the Empire. He was filled with boiling rage, overflowing hatred, a desire for unlimited power, self-loathing, guilt, and depression. They were all things that worked perfectly together to push him closer to the dark side.

One other thing the Dark Lord had was a surplus of money. Although it is unlikely that Darth Vader had been paid (and if he was, it may not have been much), he had the Empire’s funds within reach.

This meant that the Sith Lord never had to spend any of his personal funds, which just sat and built, ending with him potentially having far more finances than he could even use.

It’s speculated that Darth Vader’s net worth was well into the millions, but even richer than him was Emperor Palpatine.

As ruler of the dark side and one of the most cunning individuals in the galaxy, Palpatine had no trouble becoming rich in credit, resources, knowledge, and anything else he desired.