Jabba the Hutt and his extended family of Hutts are known as powerful crime lords. Jabba controlled the illegal activities of Tatooine and surrounding Outer Rim areas, while other Hutts held similar reigns of wealth and power.

How did the Hutts get so powerful, rich, and protected?

Criminal activities are partially responsible, but manipulation and working with bounty hunters were central to making the Hutts so rich, powerful, and protected.

Who Are the Hutts?

The Hutts are a gastropod species, they are large, snail-like creatures. The Hutts originated from the planet Nal Hutta and are known for their lust for power. 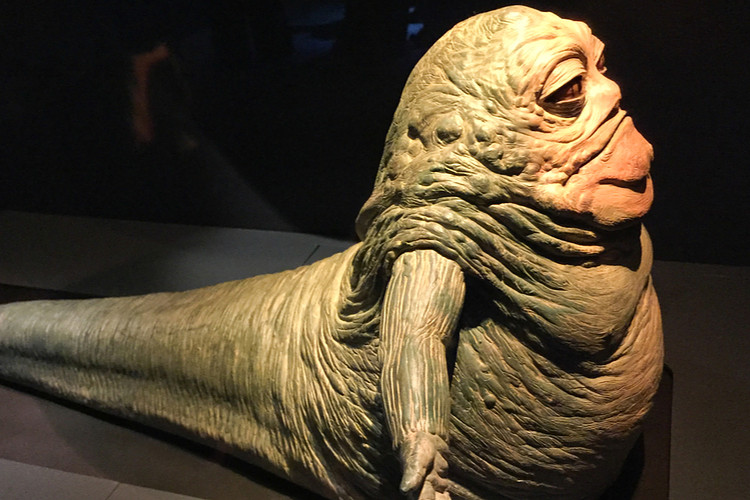 The Hutt Grand Council, as it’s also called, is composed of a number of powerful Hutt clan families. During the Clone Wars, Jabba the Hutt and Marlo led this council.

Jabba the Hutt is probably the best-known crime lord of the Hutt Clan syndicate. Jabba led his criminal empire from the planet Tatooine, where he controlled most of the illegal activities of the planet and those of the Outer Rim Territories.

Marlo was also a male Hutt who held considerable power on the Grand Council.

Ziro and the Hutt Council (Star Wars the Clone Wars)

He was also a dealer in the slave trade on the planet Zygerria in the Outer Rim. During the Imperial era, Marlo died at the hands of Darth Vader.

Many Hutts make up the Hutt clan families, including Durga, Grondo, and Shala. They share the commonality of becoming rich and powerful through criminal activities.

The Path to Power and Wealth

Although the Hutt Grand Council is central to the Hutts’ wealth and power, the Hutt Clan is also divided into two main sub-clans or kajidic.

The first is the Desilijic Tiure clan ruled by Jabba the Hutt, and the second is the Besadii clan led by Arok.

Arok was known as an elder Hutt and a leader of the Besadii kajidic during the Clone Wars. But Arok disappeared, presumably killed, and Aruk Besadii Aora replaced him as leader of the sub-clan as well as on the Council.

Aruk Aora eventually became known as Aruk the Great, a criminal leader during the Separatist Crisis.

Aruk the Great led the Besadii kajidic for fifteen years and orchestrated a slave and spice operation on the planet Ylesia.

These operations made his clan and him very wealthy and allowed them to surpass the Desilijic clan as the most powerful among Hutt clans.

Yet, Jabba the Hutt responded. He and another Hutt named Jiliac resented Aruk’s power and influence and had him poisoned. Illicit trade and murder are factors that led to the Hutts’ wealth and power, often at the expense of one another.

Jiliac Desilijic Tiron was later killed by the Hutt Durga Besadii Tai, the son of Aruk the Great. And then, Jabba killed the Jiliac’s child to protect his power.

Despite this turning-on-each-other approach, the Hutt Clan overall built a criminal empire by managing their trade and wealth, through intimidation and violence, and by dealing with the Empire and bounty hunters.

From the Old Republic to the Imperial era, the Hutt Clan gained power by cooperating with the Empire. However, this strategy also led to their partial demise.

When the Empire sought to overtake the Hutt trade, Darth Vader eventually killed every member of the Grand Hutt Council except Jabba. So, working with the Empire only explains the power and protection of the Hutts to a certain degree.

Some discussion threads point to the physical strength of the Hutts and their ability to use bribes effectively. Yet, the Hutts still needed more than that leverage to gain their power.

The Hutts and Bounty Hunters

As with the above examples of murder, the Hutts were able to hire people to take out those who opposed them. They would also seek out bounty hunters who wanted long-term employment.

Bane became recognized as “one of the most experienced bounty hunters of the era.” He had a high standing with bounty hunters and the illegal world that the Hutts operated in.

Bounty hunters such as Sugi not only did jobs for the Hutts but helped protect them. The Hutts hired Sugi to protect the Grand Hutt Council on Nal Hutta.

On one occasion, she helped fend off an attack on the Hutts by the Shadow Collective, a rival criminal group founded by Darth Maul.

Boba Fett is the most well-known bounty hunter that helped the rise of the Hutts. From The Empire Strikes Back to Return of the Jedi, we see Boba Fett track down, capture, and deliver Han Solo, frozen in carbonite, to Jabba the Hutt on Tatooine.

Boba Fett is on hand at Jabba’s palace to provide protection when Luke Skywalker attempts to rescue Solo. Fett continues to be present at the Battle of the Great Pit of Carkoon when he is knocked into the Sarlaac pit.

Having bounty hunters on their side was instrumental to the Hutts’ power and protection.

How Did the Hutts Get So Powerful, Rich, and Protected?

Even after Jabba the Hutt’s death, the Hutts remained a powerful group within the Star Wars galaxy.

This is evident in The Book of Boba Fett television series that revealed two twin Hutts who were cousins of Jabba.

These two Hutts demonstrated their wealth, power, and protection by being carried on a litter by servants, surrounded by armed guards, including the bounty hunter Krrsantan.

Krrsantan had been hired by these Hutts to help take back the criminal empire that Boba Fett had taken over after Jabba the Hutt’s death. Hence, we see the continued importance of bounty hunters to the Hutt’s power.

As the twin Hutts seek to recapture the extensive illicit trade on Tatooine, we also see their wealth, as in the past, is predicated on these activities.

The fact that these Hutts were unable to displace Fett is an indication of how necessary bounty hunters were to keeping Hutt power in place.