Captain Rex is a favorite character among Star Wars fans. Known for his loyalty and dedication to doing the right thing, Rex was a Captain and Commander during the Clone Wars who later fought for the Rebel Alliance.

Have you ever wondered about his age throughout his various Star Wars appearances?

In The Clone Wars, Captain Rex is between 10 and 13 years old. Later, when he appears in Star Wars Rebels, he is between 27 and 31 years old. And when he fought during the Battle of Endor, he was 36 years old.

When Was Captain Rex Born? 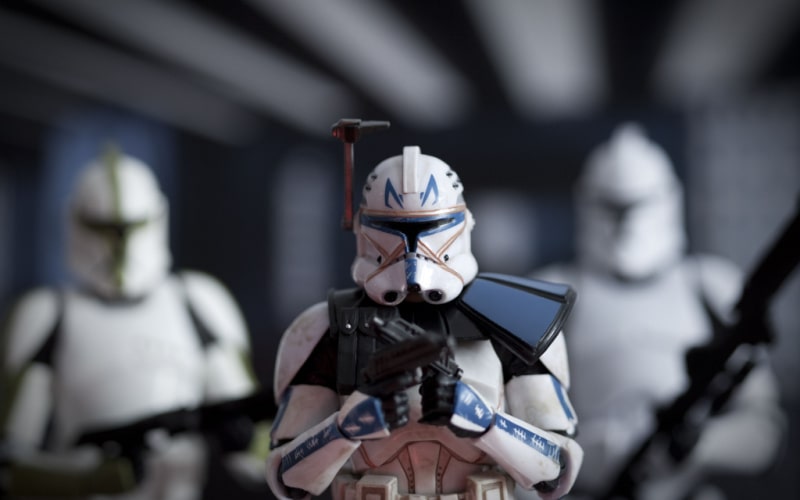 Captain Rex, originally known as CT-7567, was one of the first generation of clone soldiers created for the Grand Army of the Republic.

Like all of his clone brothers, he was born on the planet Kamino. As one of the first generation, he was born in 32 BBY.

Rex and the other clones grew quickly due to various modifications made to their DNA. Because of these modifications, they grew about twice as quickly as normal humans so they would be ready for combat much sooner.

How Old is Captain Rex in Season 1 of The Clone Wars?

Rex is present in the TV show Star Wars: The Clone Wars from the pilot movie. In this movie, he is already serving as a captain under Jedi General Anakin Skywalker.

When Ahsoka Tano is assigned to be Anakin’s padawan, Rex frequently refers to her as “kid.” Interestingly, though, he is actually younger than her. 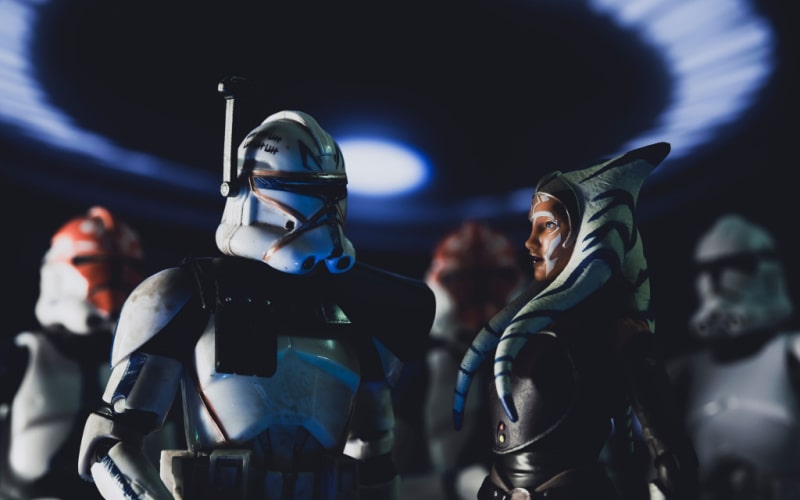 Of course, due to his enhanced rate of aging, he and the other clone soldiers appear much older than they actually are.

The first season of The Clone Wars takes place in the year 22 BBY (before the Battle of Yavin). This means that Captain Rex is 10 years old during the events of season 1.

How Old is Captain Rex in Season 7 of The Clone Wars?

A lot happens throughout the seven seasons of The Clone Wars. Rex repeatedly proves himself in combat as a good soldier who does what he believes is right.

By season 7, he was still under the command of Anakin Skywalker, but near the end of the season, Anakin assigned him to his former padawan, Ahsoka, to take part in the Siege of Mandalore.

At this time, Rex was promoted to Commander.

Rex was still with Ahsoka at the time Order 66 was issued, and he was given special orders to kill her even though she was no longer technically a Jedi.

However, Ahsoka stunned him and removed his inhibitor chip, restoring him to his own mind. The two of them escape their doomed starship and part ways, each eventually taking separate paths to the Rebel Alliance.

The events of season 7 took place in the year 19 BBY, when Rex was 13 years old.

Why is Rex So Old in Star Wars Rebels?

Rex’s next appearance is in the TV series Star Wars Rebels. The events of this series happen between the years 5 and 1 BBY, when Rex was 27 to 31 years old.

But, in the show, he has a white beard and appears quite old. Why is this?

Remember, Rex was a clone soldier, and like all clones, his DNA was modified so that he would age at around twice the normal rate.

So, by the time he was 30 years old, he would be physically equivalent to a man around the age of 60.

With that in mind, it doesn’t really matter what his actual age was; for all intents and purposes, he would be about twice that age at any given time.

This is why he appears old in Rebels; he is physically equivalent to being between 54 and 62 years old.

Does Rex Die in Rebels?

Rex took part in a number of battles while fighting against the Empire in Star Wars Rebels, but he did not die in the show.

We know this for two reasons: first, he was not shown dying at any time during Rebels. Second, we know that he took part in the Battle of Endor, which took place five years after the end of Rebels.

How Old Was Captain Rex When He Died?

Rex’s year of death is unknown, as it has not been shown or stated in any Star Wars Canon material.

It seems likely that, if he was not killed in the line of duty, he would have died of natural causes within a few years of the Battle of Endor. Again though, his date of death is unknown.

How Did Captain Rex Die? 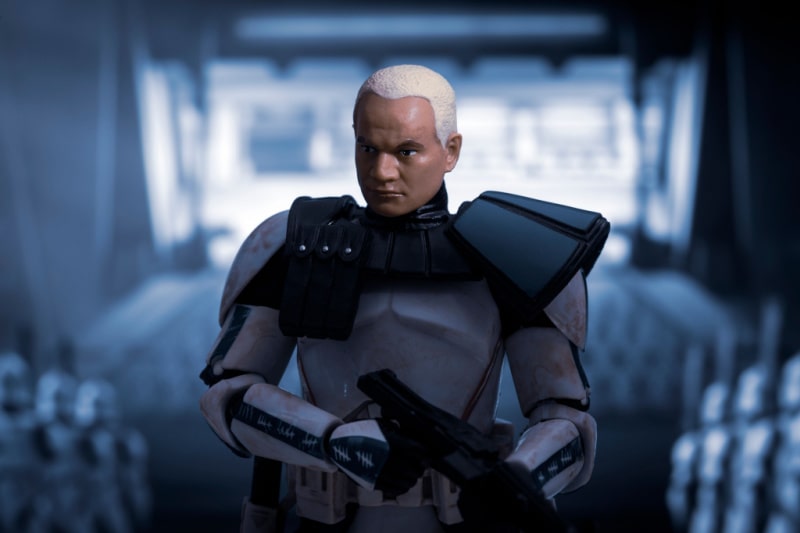 It is also unknown how Captain Rex died.

While it seems likely he would have gone permanently into retirement following the Battle of Endor, it is possible he continued to stay in the fight.

There were rumors that he would make an appearance in season 2 of The Mandalorian, set about 5 years after the Battle of Endor. However, these rumors proved to be groundless.

Whether or not Rex continued to fight for freedom, died in battle, or of natural causes–all of these questions remain unknown.

Captain Rex was 10 to 13 years old during The Clone Wars. Due to modifications that made clone soldiers age twice as fast, he was the equivalent of a 20- to 26-year-old man.

This is why he appeared much older than he was in Star Wars Rebels. At that time in the Star Wars timeline, he was equivalent to a man in his late fifties to early 60s.

By the time he fought in the Battle of Endor, he was 36 years old, or the equivalent of a 72-year-old man.