Chewbacca is one of the most well-known characters in Star Wars. Towering over the other characters and covered in long brown fur, it’s clear that everyone’s favorite “walking carpet” isn’t a human.

So what is he? What is Chewbacca’s species?

Chewbacca is a Wookiee. Like other Wookiees, he was born on the planet Kashyyyk. Because they are both hairy, Chewbacca is sometimes mistaken for an Ewok, but they are not the same species.

What Species is Chewbacca? 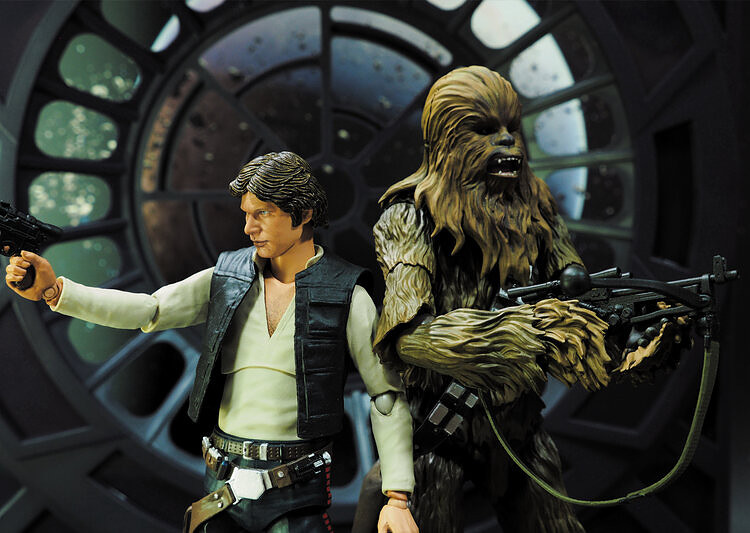 Han Solo’s faithful co-pilot made his debut in the original Star Wars movie, A New Hope. In this movie, he helps Han and Luke Skywalker rescue Princess Leia from the Death Star and deliver her to the secret rebel base on Yavin IV.

His tall stature and the fur covering his body make it clear to see that he’s not a human. Chewie is actually a Wookiee.

Wookiees come from the planet Kashyyyk, a temperate world covered in forests and swamplands. They are tall, slender beings, growing up to 8 feet 4 inches and weighing as much as 330 pounds.

Chewbacca himself is about 7 and a half feet tall and 246 pounds. The average Wookiee has a lifespan of at least 400 years, whereas Chewbacca was 200 years old at the time of the Battle of Yavin.

Wookiees are known for the long fur-like hair covering their bodies. This fur can be either gray, white, black, or brown. They also have either blue or brown eyes.

Is Chewbacca an Ewok? 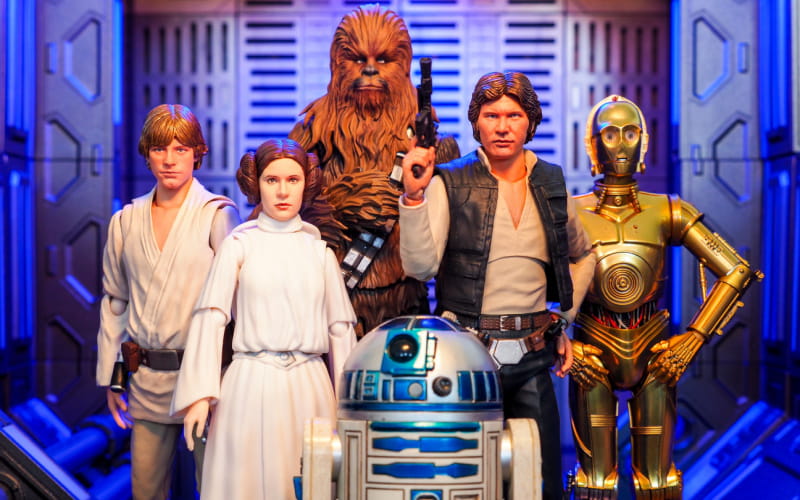 In Star Wars Episode VI: Return of the Jedi, Leia and the others encounter a village of Ewoks. The adorable little creatures take Luke, Han, Chewbacca, and the droids captive, planning to eat them before Luke and C-3PO convince them otherwise.

Upon his first meeting with them, Chewbacca tilts his head, almost giving the appearance that he recognizes the Ewoks. Because both he and the Ewoks are covered in brown fur, this has led some fans to wonder: is Chewbacca an Ewok?

No, he is not. Ewoks and Wookiees are different species native to different worlds.

Both Ewoks and Wookiees are covered in fur, and both live in forest environments, but that is where the similarities end.

Ewoks look rather like life-size walking teddy bears. On average, they grow to about three and a half feet tall.

The short fur covering their bodies can be a wide variety of colors, from black and brown to red, and their large, unblinking eyes may be brown, black, or gold. They are native to the forest moon Endor and are extremely primitive compared to Wookiees.

Despite their primitive weapons, the Ewoks ended up assisting the rebels during the Battle of Endor, ultimately helping them win the fight against the Empire.

Is Chewbacca the Last Wookiee? 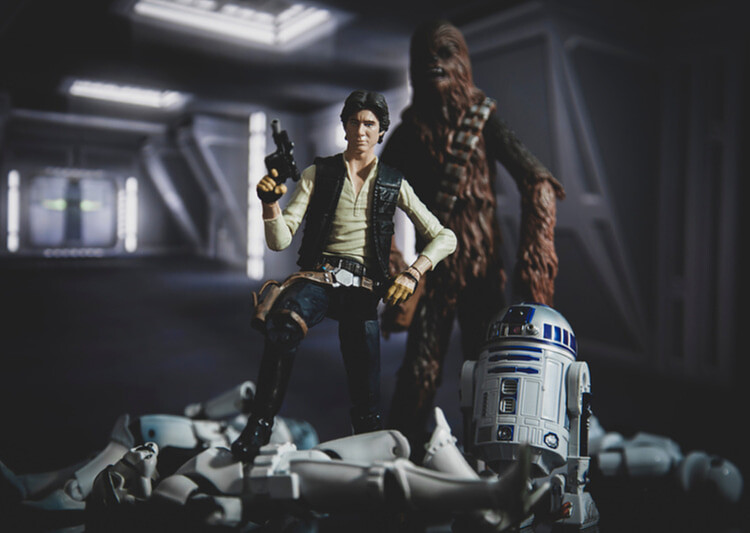 Chewbacca is the only Wookiee who appears throughout the original and sequel trilogies. This has led many fans to wonder if he is the last Wookiee in the galaxy.

Following the Clone Wars, the Empire enslaved most of the Wookiees. Many remained on their home planet, while others were transported throughout the galaxy to perform hard manual labor for the Empire.

To keep them from revolting, they were outfitted with inhibitor chips that would cause severe pain if they attempted to rebel.

Chewbacca was also subjected to this fate until he met Han Solo, who helped him escape from captivity. Aside from Chewbacca, there were a few other Wookiees who fought in the Galactic Civil War, including one named Lohgarra.

Kashyyyk was eventually liberated from oppression by the New Republic. In the process, all of their inhibitor chips were deactivated, thus freeing the Wookiees themselves as well as their planet.

With this in mind, it’s easy to see that Chewbacca was not the last Wookiee. He was, however, one of only a few who were not enslaved during the Galactic Civil War. 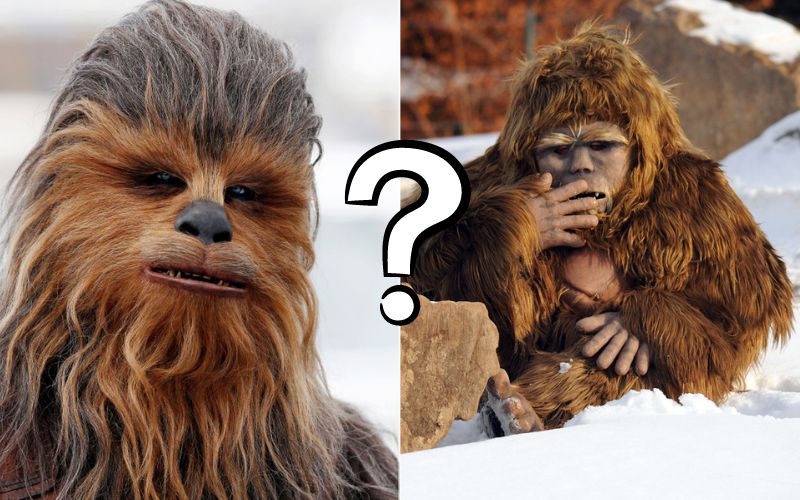 One rather amusing question people sometimes ask is whether Chewbacca is the same kind of creature as the mysterious Bigfoot of legend.

While it’s true that Chewbacca has some resemblance to what Bigfoot supposedly looks like, he is not the same type of creature.

There is no creature known as Bigfoot within the Star Wars universe, and there are no Wookiees in real life.

That said, if you are familiar with the Legends comic book Into the Great Unknown, you know that, in this story, Chewbacca gains the nickname Sasquatch.

Into the Great Unknown is a bizarre mashup of Star Wars and Indiana Jones. In the story, Han Solo and Chewbacca crash-land the Millennium Falcon on Earth. Han is killed by natives, but Chewbacca manages to escape and survive in the forests of the Pacific Northwest.

A hundred years later, Indiana Jones discovers the wreckage of the Falcon and listens to the natives talk about the mysterious Sasquatch, which turns out to be Chewbacca.

As noted, this story is only found in Star Wars Legends and is not accepted as Canon. Again, Chewbacca is not Bigfoot or Sasquatch or any other beast of legend–he is a Wookiee found only within the Star Wars universe.

Chewbacca is a tall, hairy humanoid creature known as a Wookiee. He and the rest of his species are native to Kashyyyk, a Mid-Rim forest planet in the Star Wars universe.

Despite his appearance, Chewbacca is not related to the Ewoks or the legendary creature Bigfoot.