The Star Wars universe has always been split into two factions.

While it is sometimes difficult to differentiate between Canon and Legends, one question that keeps arising is whether or not the Darth Vader comics are Canon.

Of course, Darth Vader is one of (if not the) most influential characters in the franchise. Thus, it’s only natural for fans to be inquisitive about anything that gives insight into the Dark Lord.

So without further ado, let’s get right into whether or not the Darth Vader comics are Canon.

What Exactly Is Canon?

Now, to understand what Canon is, we must look at the entire Star Wars franchise.

The Star Wars storyline is essentially a set of tales told from different perspectives throughout history. While some of these stories may be more accurate than others, the recounting of these past events comes together to create the galaxy’s history.

Star Wars: Canon is the aforementioned set of stories that chronologically paint the history of the galaxy. These are the tales that take place in the official Star Wars universe that was crafted by George Lucas himself.

Canon stories follow the true timeline of events in the galaxy and must be confirmed by a Star Wars creator or through an official story. They operate as the foundation for more in-depth stories to be built.

From canon stories, an avenue is created for side quests, fan theories, and more to be brought to fruition.

What Makes Legends Different From Canon? 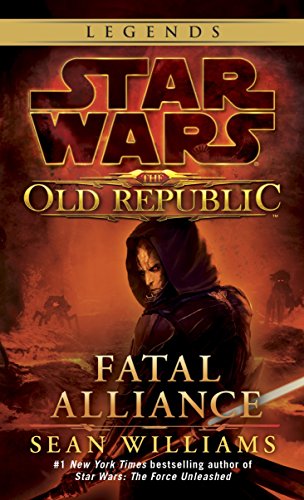 As we have established, canon refers to the official stories that have either been confirmed by a Star Wars creator, have an authenticated story, or were written by George Lucas himself.

On the other hand, Star Wars Legends are the additional stories that do not necessarily contribute to the official storyline of the franchise, but they do answer questions fans may have.

Legends involve comics, games, television series, and films that do not directly contribute to the unfolding of the galaxy’s official history.

They add a bit of extra information that may help answer questions fans have had, as well as fill in any plot holes that may have arisen.

This is solidified by the fact that Star Wars: Legends was previously known as Star Wars: Expanded Universe before its attainment by Disney.

This suggests that all the non-canonical information that reached beyond the regular narrative of the galaxy’s past was placed in the category of the Expanded Universe.

Are There Any Canon Star Wars Comics?

Currently, twelve films are considered canonical. They are the nine episodes of the Skywalker Saga; the 2008 feature film The Clone Wars; and the stand-alone films Rogue One and Solo.

With this in mind, many fans have wondered if any comics are also Canon. The answer is yes, there are!

We know that Canon involves anything that contributes to the official historic events of the Star Wars Universe. As such, there would undoubtedly be some comics that fall under this category.

There are a plethora of Star Wars comics that are considered canon. The New Republic, Rise of the First Order, The High Republic Age of Rebellion, Fall of the Jedi, and Reign of the Empire are the most notable.

Of course, the above list is in no way definitive, as each of these collections has its own list of issues under them. Furthermore, the Star Wars universe is an ever-growing organism, so some comics have not been mentioned.

In terms of Sith Lord Darth Vader, the comics give so much insight into Darth Vader as a character that it would not be a stretch to assume his comics are Canon.

Darth Vader is arguably the backbone of the Star Wars franchise. He is one of the standout characters that fans and non-fans alike recognize.

Everything from his iconic strained breathing to his famously misquoted line, “No, I am your father,” makes Lord Vader one of the most well-known characters there are.

Ergo, his character arc would play an integral role in the unfolding of the galaxy’s history. For this reason, many of the Darth Vader Comics are Canon. 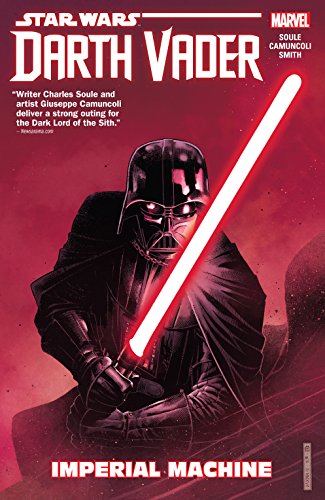 In fact, many of the more pivotal moments of the Star Wars saga (such as Darth Vader’s reaction to finding out Luke was his son) unfolded in the comics. Thus, they could have details that the films may not have.

Now, this doesn’t mean that all Darth Vader comics are Canon. After Star Wars was taken over by Disney, all the comics before 2014 were rebranded as Legends.

What this means is that some of the important moments depicted in the comics are no longer considered Canon.

However, all the comics published after that point (2014) are Canon. Therefore, even the newest 2020 Darth Vader comics would be considered Canon.

How Many Darth Vader Comics Are There?

Over the years of the franchise, there have been multiple adaptations of the Darth Vader story in comic format. Thus, there are so many comics that it may be a bit tough to keep track of them all.

In 2020 alone, there were twenty-eight issues. Then there’s the Darth Vader: Dark Lord of the Sith collection. There are twenty-five issues in this series along with the one-off issue, Darth Vader Annual Two. 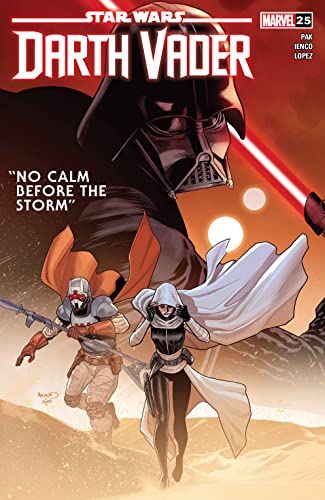 Add to that the twenty-five-issue Darth Vader (2017-2018) collection, as well as Darth Vader Annual One, and that brings the total to eighty comics.

As you might expect, this total is only a rough estimate as there is certain to be other stand-alone comics that revolve around Lord Vader.

Furthermore, those mentioned above were released after 2014 and are now a part of Canon. As a result, there are also the pre-2014, non-canonical Darth Vader comics.

The Star Wars franchise is extremely interesting, albeit convoluted.

The stories have always been divided into Canon and Non-Canon (known as Expanded Universe at the time).

Canon includes all the tales and lore that provided a sturdy foundation for the galaxy to blossom.

In contrast, the Expanded Universe (later rebranded as Legends by Disney) comprised all the mythology, merchandise, fan theories, and other side quests that added more substance to the galaxy’s narrative.

While it is a bit difficult to pinpoint exactly what is Canon and what isn’t, we can definitively say that the Darth Vader comics are canon.

Not only has it been confirmed, but it simply makes sense for the Sith Lord’s story to be a part of the galaxy’s core history.

Darth Vader is a distinctive character, even known to those completely unfamiliar with the Star Wars series. He is the face of the franchise, and without his story, there would be a major piece missing from the Star Wars chronicles.