You may have handed out cute nicknames to friends, family, and peers that are a play on popular culture.

The following nicknames depict familiar characters and terms from Star Wars, and the following descriptions will show you what makes these nicknames click.

The cutest nicknames in Star Wars aren’t just talking about cute characters like Grogu. Instead, think of these nicknames as charming or even witty. Therefore, names like Jango, Darth Vader, and Ahsoka are also on this list.

A great nickname for anyone working closely with or even under you in any given field. Padawan is also a great nickname to use for workout partners seeking to keep up with you, personal training clients, interns, or apprentices in trade jobs.

The term Apprentice can also be used interchangeably here since you hear the term often in the Star Wars universe. 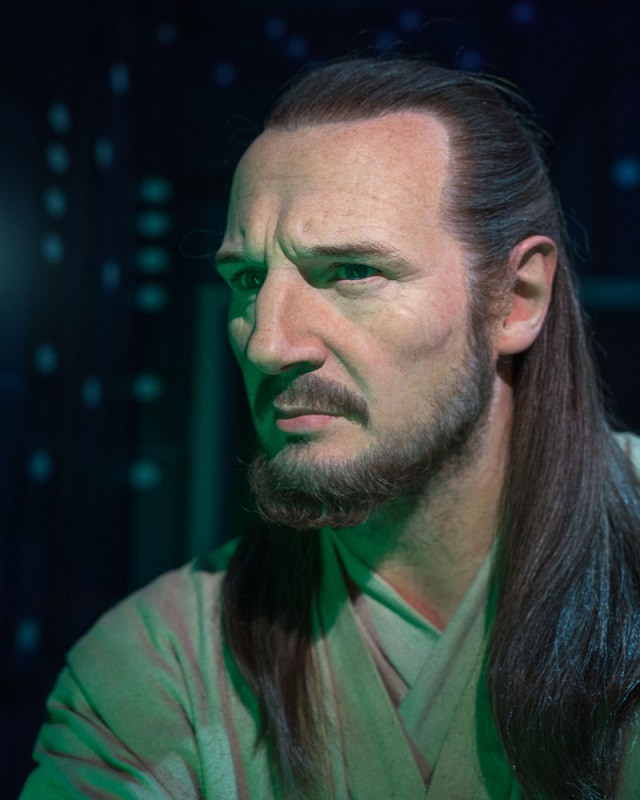 Qui-Gon was a Jedi Master who was often at odds with the Jedi Order he served. If you have a boss, a teacher, or any type of superior with a mind of their own who sees the bigger picture, Qui-Gon is a good Star Wars nickname to give them.

Further, anyone you look up to that has a disregard for rules, but an otherwise strong moral code, is also a good candidate to land this nickname. 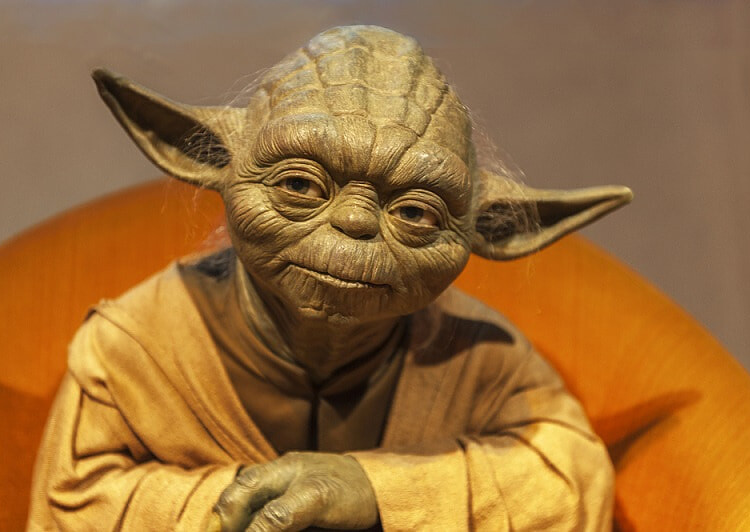 Yoda may be the wisest member of the Jedi Order in the Prequel Trilogy. This is a nickname you want to reserve for your oldest, wisest friends and family members. And if they are in great physical condition, Yoda is also an appropriate nickname given his remarkable dueling ability at an advanced age.

This was the nickname Anakin Skywalker gave to his Padawan, Ahsoka Tano. One of the cutest names on this list, it’s great for the feistiest friends or family you have who are straightforward and to the point. Snips is also a good name for anyone you perceive to own a strong personality. 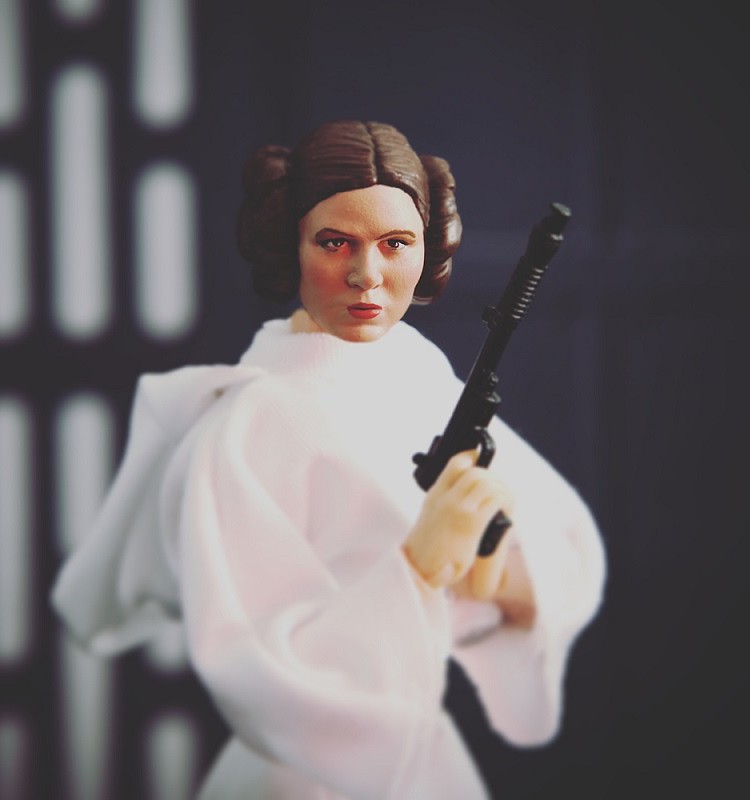 Princess Leia Organa led two rebellions during her time in the Original and Sequel Trilogies. This nickname is for any female who possesses strong leadership qualities, those willing to take on challenges and elevate positive characteristics in others. 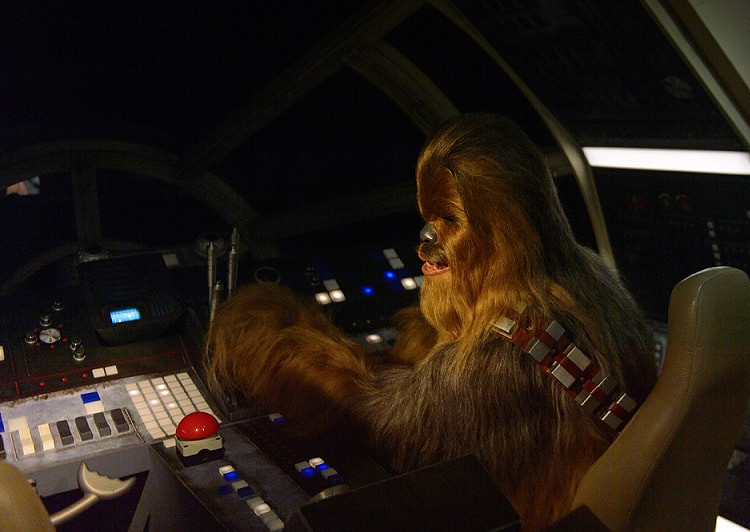 As Han Solo’s co-pilot, Chewbacca was a Wookiee that displayed intense loyalty. For those fiercely loyal friends, nicknaming them Chewbacca is a great way to acknowledge their strong personality traits.

He was also physically strong, making Chewbacca a great nickname for the strongest individual in your social circle.

Like Yoda, Ki-Adi-Mundi was one of the wisest Jedi Masters in Star Wars. He was, however, much younger, making Ki-Adi-Mundi a remarkable nickname for any friend, relative, or co-worker who is middle-aged but wise beyond their years. 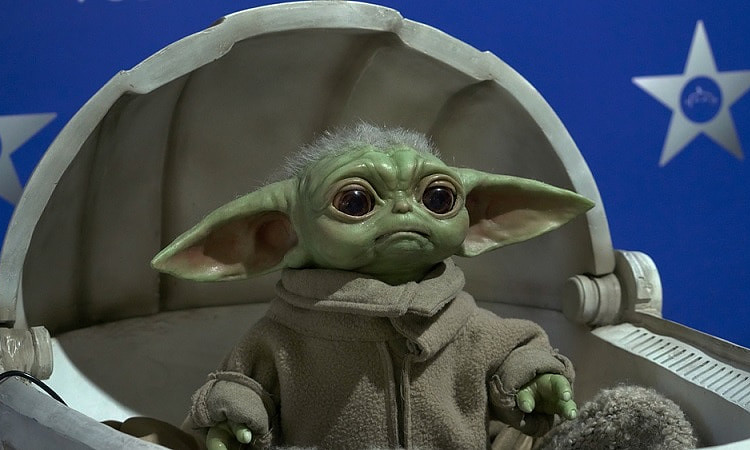 Grogu is a Force-sensitive whose powers give him that child prodigy moniker. If you have or know of a young kid who excels in a particular field, whether in sports or academics, Grogu makes a sensational nickname.

Jango Fett had one of the toughest jobs in Star Wars as a bounty hunter. However, he was ultra-talented at this tough job. If you know any dads out there who work in tough fields who are the best at what they do, Jango is a great nickname.

What’s more, despite his intimidating demeanor, he was a self-proclaimed simple man. Therefore, Jango is also cute for those who may put on a rough face, but are really just trying to better those around them. 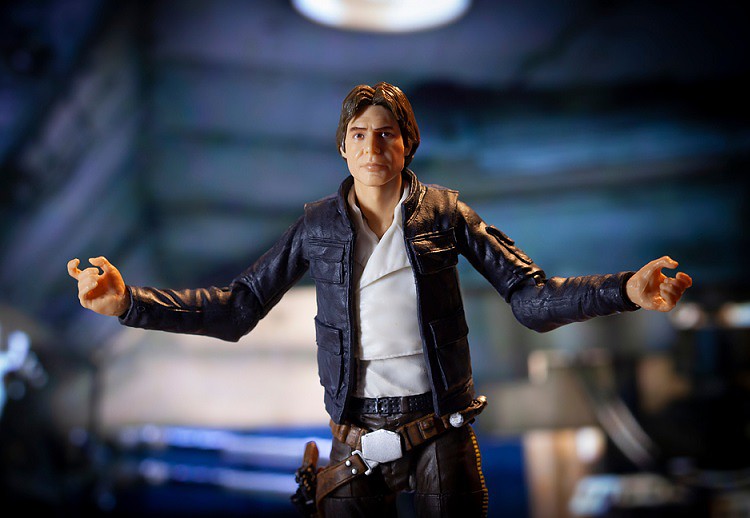 Han Solo worked as a smuggler and was mainly a loner, having only Chewbacca at his side until he crossed paths with Obi-Wan Kenobi. This nickname is for the lone adventurer in your social circles–the one who lives for thrills, just as Han once lived in the galaxy.

We all have that one friend or relative that is built like an NFL offensive tackle – tall, lean, and physically strong. If they have such a build, plus shoulder-length hair to go along with it, Wookiee is the nickname for them. 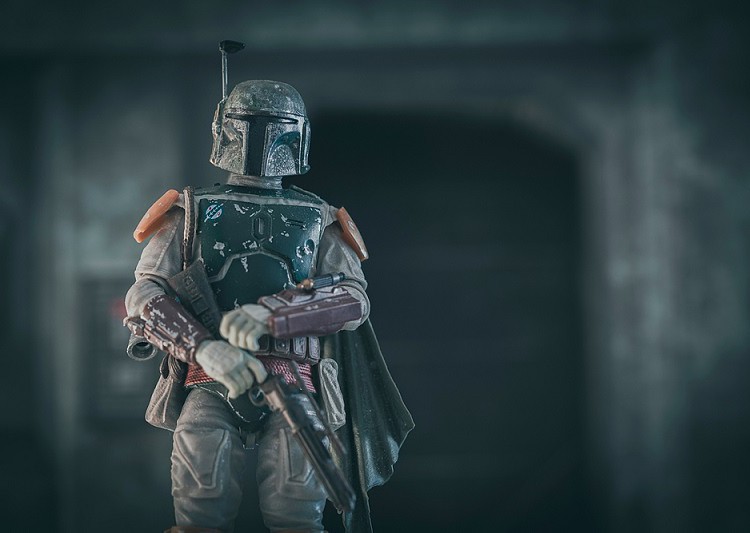 The son of Jango Fett, Boba is another accomplished bounty hunter in Star Wars and is one of the most driven individuals in the franchise. For friends, family, and co-workers that will stop at nothing to get the job done, you may want to nickname them Boba.

Like his father, Jango, Boba also stated he was “just a simple man making his way in the galaxy, like my father before me.” Therefore, Boba is also great for those trying to emulate the hard work of their parents. 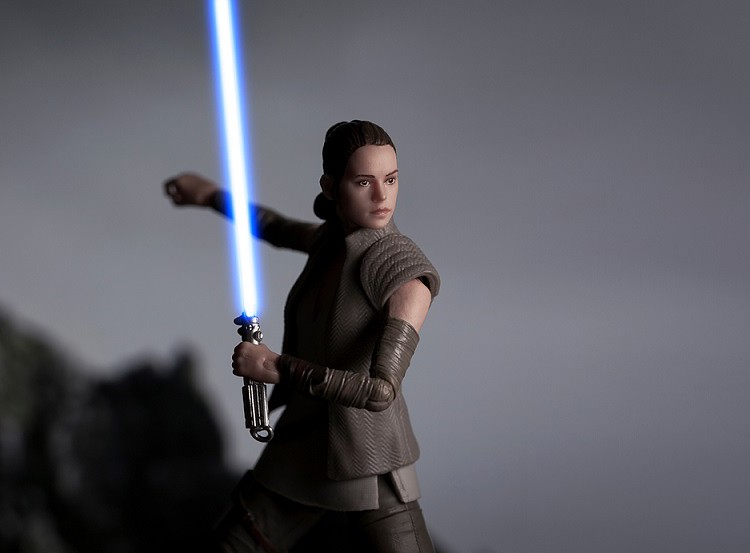 Rey was the protagonist of the Sequel Trilogy and she demonstrates many qualities of the strong female in film. For anyone you know that is thrust into an adventurous role or one that involves taking charge of a situation, especially if they are younger, Rey is a great way to acknowledge them. 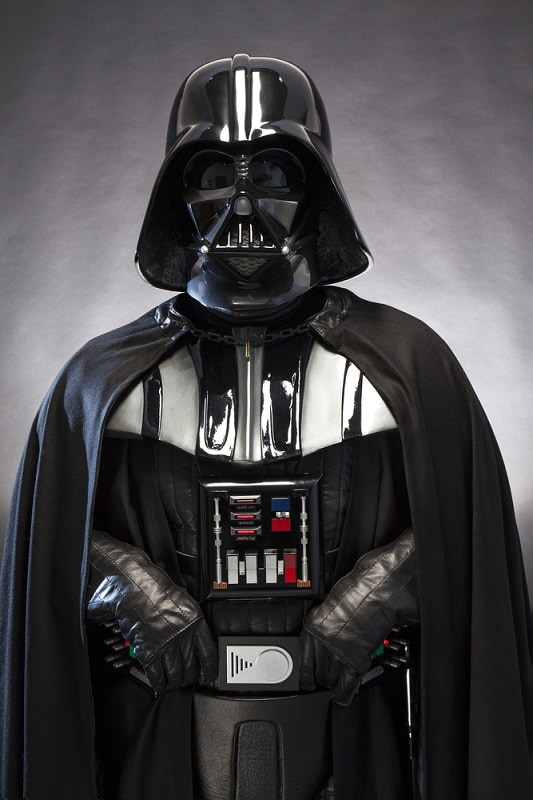 Darth Vader is one of the more intimidating characters of the series, but at the end of the day, he was an anti-hero. This is a great nickname for anyone who displays Vader’s me-first nature on the surface, yet goes out of their way to help others when a situation grows urgent. 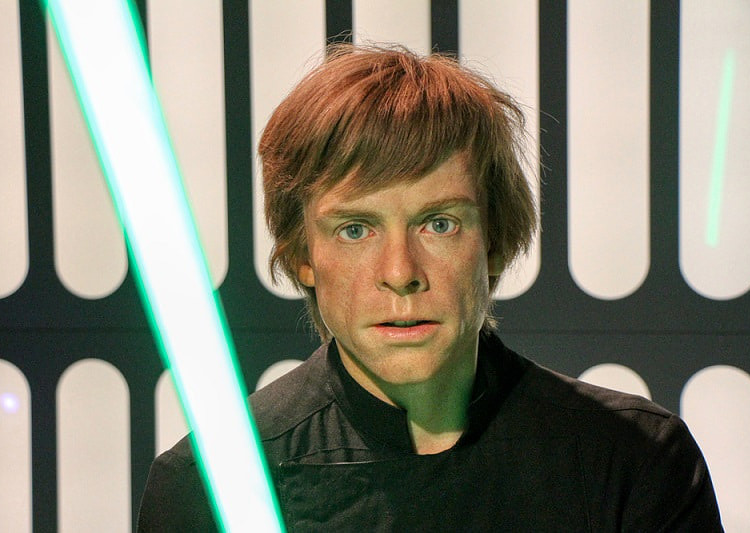 Luke Skywalker displayed qualities of a true protagonist. Someone who embraced the light, but was tempted by the dark, and was torn between the two sides. He ultimately chose the light side, making Luke a nickname you could give someone who has faced and triumphed over temptation. 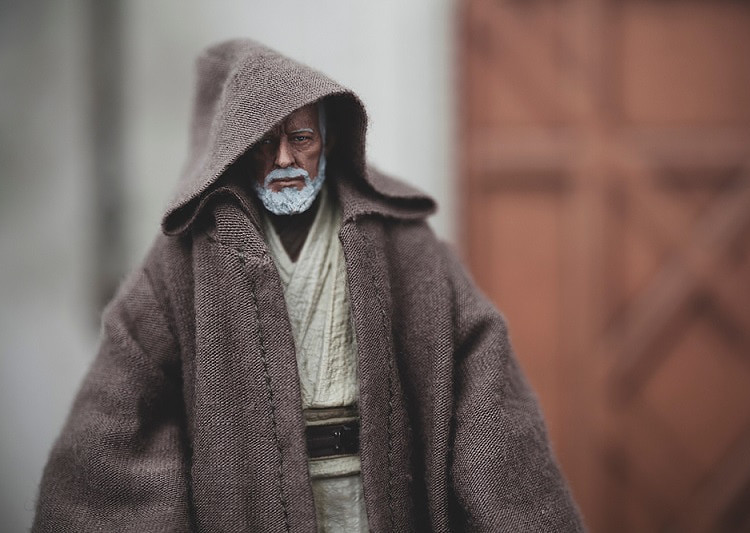 One of the most headstrong characters in Star Wars, Obi-Wan lived strictly by and rarely deviated from the Jedi Code. For a boss, teacher, or anyone you look up to that lives and works by the book, Obi-Wan is a cute nickname for them. 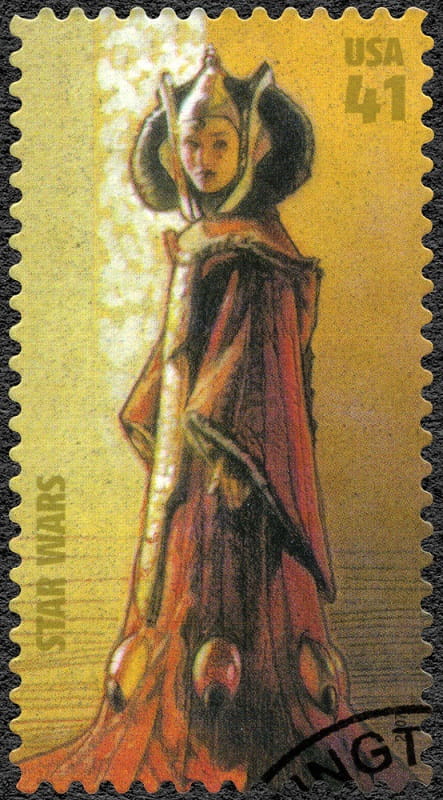 Padme served as Naboo’s Queen before she became a Senator. One common denominator regarding Padme is that she always fought for what was right regardless of the situation. Anyone who always fights for the greater good peacefully is deserving of the nickname Padme. 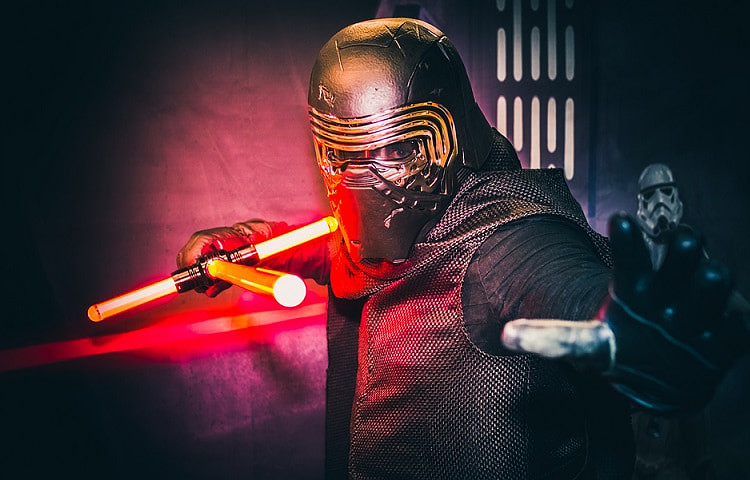 Few in Star Wars faced more difficulties in life than Kylo Ren. He fell to the dark side and didn’t believe he had the strength to return to the light. For the emotionally-strong friends or relatives in your life, especially those who faced adversity, Kylo Ren is a sensational nickname. 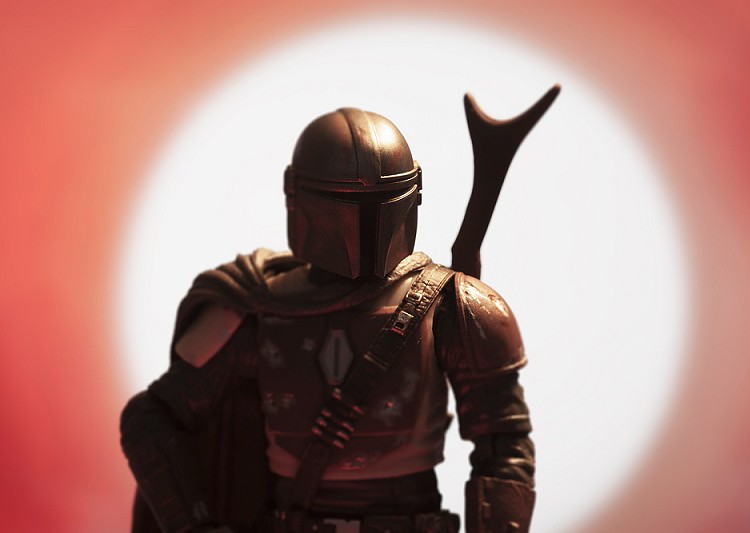 One of the finest nicknames on the list, Mando is a great way to refer to someone who comes across as cold, but is actually a caring individual. Mando, or Din Djarin, displayed these traits when he initially came across as a ruthless bounty hunter before serving as a father figure to Grogu. 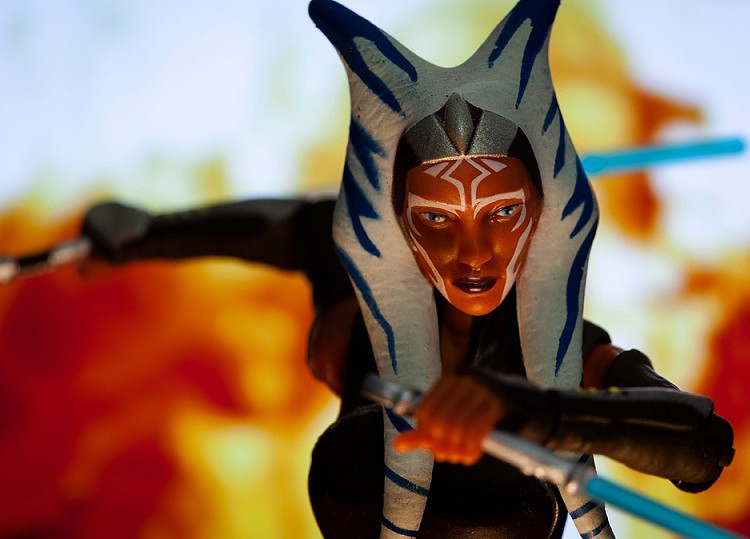 Ahsoka was one of the most popular characters in The Clone Wars. She played by her own rules and made her own way after leaving the Jedi Order. For anyone not afraid to go against the grain but who always does what’s right, Ahsoka makes the perfect nickname. 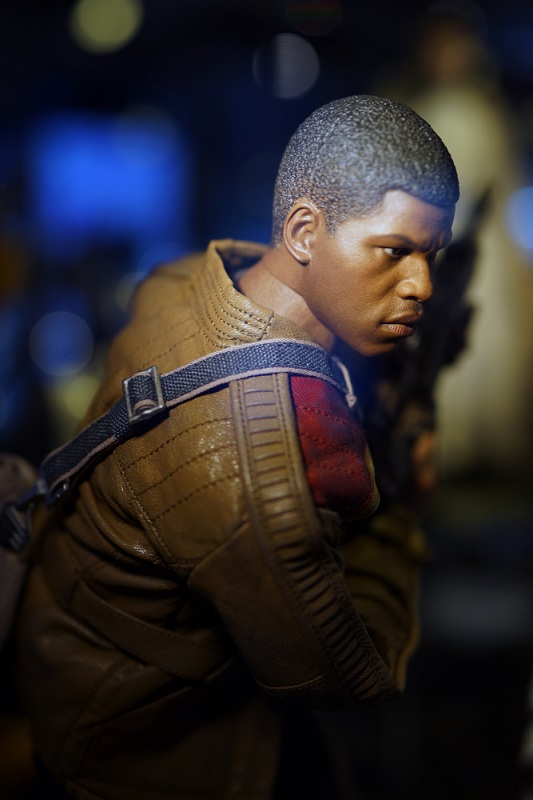 Finn was a character in The Sequel Trilogy who, despite being trained as a relentless stormtrooper, never succumbed to the First Order’s propaganda.

If you know someone who showed bravery in walking away from a situation, like an unfulfilling career, and embarked on something best-suited for them, Finn is a great nickname to recognize them. 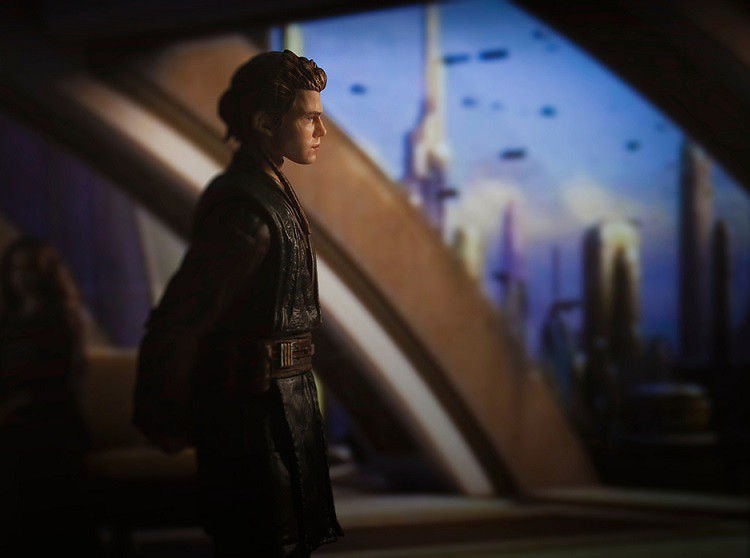 Many kids dream big, and some may want to become the best pilot in the world. If you know a kid with a passion for all things flying, then Anakin is the best nickname you can give them. Anakin was also a gifted racer, so even kids who try to outlast their competition deserve the nickname Anakin. 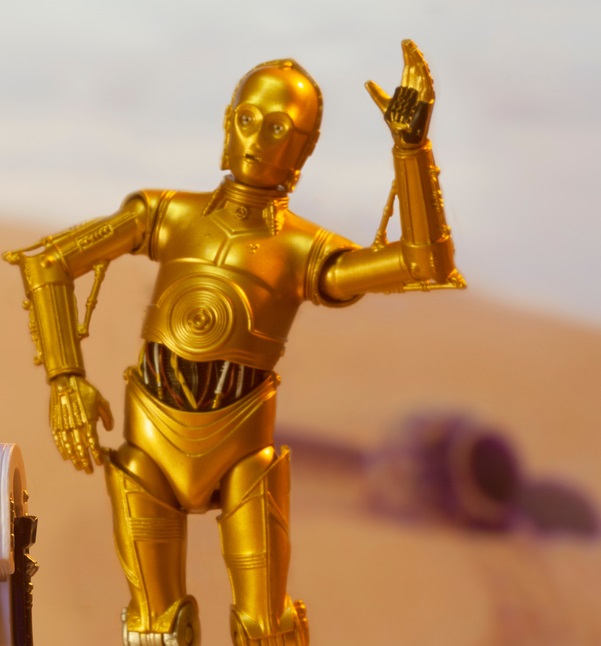 We all know that one individual who serves as comic relief, or who just knows what to say when things get tough. For the comedian in your social circle, or for someone you can talk to about anything, reward them with perhaps the cutest nickname on the list, C-3PO. 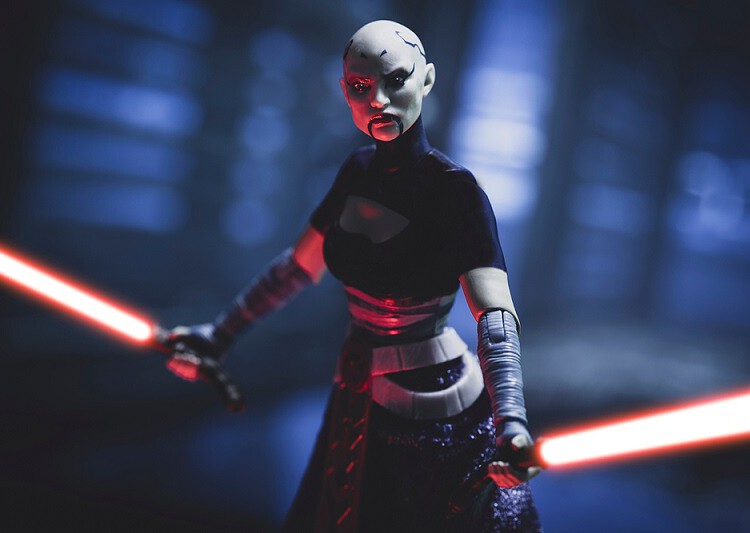 One of the more ruthless characters in Star Wars, Asajj Ventress worked under Count Dooku before she eventually became more of an anti-hero.

We all have a friend or relative with questionable morals who are, at times, prone to putting themselves before others. But when push comes to shove, they will come through and do the right thing. Those are the people deserving of the nickname Asajj Ventress.

Bail Organa was a Senator from Alderaan who later adopted Leia Skywalker following the Galactic Empire’s rise. He was one of the most selfless characters in the series. And for your most generous friend or relative, Bail Organa might be the cutest nickname for them. 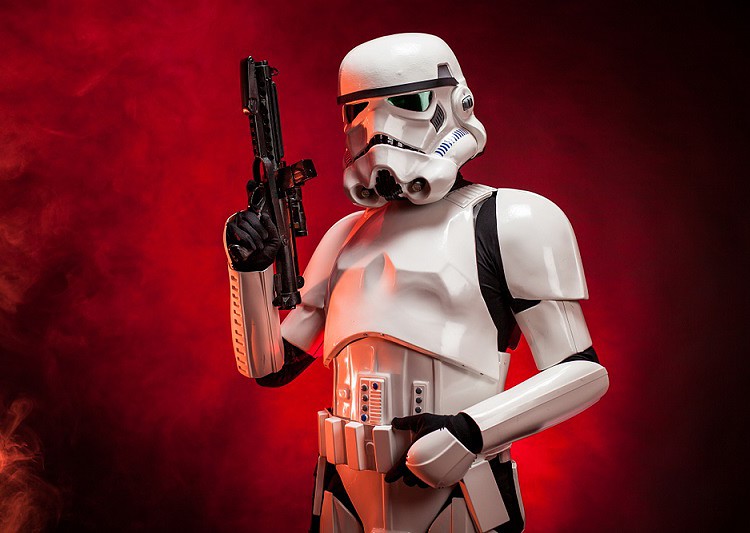 Stormtroopers may have worked for the dark side, but they were also relentless in their pursuits. If a friend or relative displays a tenacious approach to their life, and a mentality that they can accomplish anything in their path, Stormtrooper is a great way to acknowledge them. 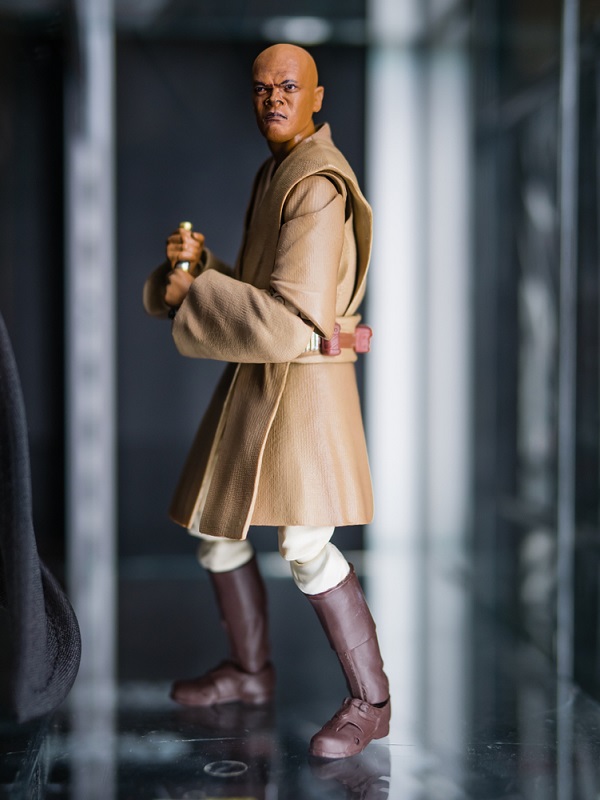 Mace Windu may have been the most aggressive Jedi duelist in the galaxy during his time. And for someone in your life who takes an approach to life that is aggressive, yet who is willing to develop and bring out the best in others, they are your Mace Windu.

Wedge Antilles was one of the best and bravest pilots in the Original Trilogy. This nickname suits someone who is daring and unafraid.

While they may not be destroying Death Stars, those you would nickname Wedge Antilles may jump into a project headfirst and excel within a small time frame. They are also the adventurous type, willing to face tasks that many would be fearful of.

Although he initially could not overcome Order 66, Rex was one of the most loyal characters in The Clone Wars. A good friend of Ahsoka Tano, Rex was a fierce fighter who took his role seriously.

This is a great nickname for anyone who is a hard worker and fiercely loyal to their job, especially if they are a middle manager who has been in the role for a few years, and one who will give the occasional words of wisdom.

The Jedi Younglings were a group of kids just getting started in learning the Way of the Jedi. This is an excellent nickname for kids just starting to pursue something, like a sport, an after school club, or anything they are passionate about.