The galactic universe of Star Wars has a mysterious phenomenon known as the Force. This is  a living energy that binds all living beings in the galaxy.

The Force, although inherently neutral, has been divided into two sides. Certain individuals have learnt the ability to manipulate the Force to their bidding, whether with genuine or malicious intent.

While each side may have their own perspective of right and wrong, what we do know for certain is that they are both unique in their own way.

So without further delay, let’s break down the light and dark sides and discuss their differences.

About The Dark Side

The dark side (sometimes referred to as Bogan) is the side of the Force that allows iniquity to roam freely.

While the Sith are the primary organization that use the dark side, they are not the only Force users there.

Rather, the dark side encompasses any Force-sensitive who refuses to conform to the light side’s ideals of what the power of the Force should be used for.

These Force users, known as Darksiders, draw on the power of emotions such as rage, hatred, jealousy, and other passionate feelings.

The dark side is intense and often fully consumes the user. This is no surprise, especially with a cocktail of negative emotions being encouraged.

Furthermore, the effect negativity has on Darksiders is so beneficial to them that they shy away from positive feelings such as love.

Darksiders believe that these positive emotions will soften their hearts, making them vulnerable to attacks.

This is something they share with their foes on the light side, as they too shy away from love (as well as other emotions), but more on that later.

About The Light Side

Affectionately known as Ashla, the light side of the Force focuses on calmness, peace, and passivity. The light-side practitioners believed in remaining empty vessels for the Force to fill.

What’s more, the light side Force-sensitives ought to be selfless and never use their powers to harm another living being (unless it’s in the defense of themselves or others).

The main organization of the light side is the Jedi. In accordance with the stipulations of being light-side Force-sensitives, Jedi have a strict set of rules they must adhere to.

Tales Of The Jedi | Official Trailer | Disney Plus

These rules are to ensure that they don’t fall prey to the siren call of the dark side.

All the Differences Between the Light and Dark Sides

The Force, in and of itself, is ambiguous and is meant to be balanced. As a result, one side cannot exist without the other.

If there was too much light and not enough darkness (and vice versa), the Force would no longer be balanced. Thus, the heavy contrast that both sides bring is imperative to the harmonious entity the Force is supposed to be.

Of course, just as with everything else, there are distinct dissimilarities between both sides of the Force. That said, let’s get right into those differences.

As mentioned above, the dark side believes in embracing emotions, specifically the negative ones. But what is the light side’s stance on this?

The Jedi opt to shy away from all emotions, whether or not they are positive. As per the Jedi Code, one should remain an empty vessel for the Force to fill. Thus, they are to keep themselves devoid of all emotions.

Now, this makes sense for negative feelings such as hatred and anger. However, the Jedi ‌keep themselves away from all emotions, including the positive ones such as love.

The Jedi Code: History and Ideology

This is where the light and dark sides have a slight similarity. Both sides avoid love, but for different reasons. Specifically, the Sith avoid love because they believe it would make them weak.

They think that an emotion built on the premise of compassion and selflessness would soften their hearts. As a result, the Sith believe they will become more vulnerable to attack and more likely to contest the will of the Sith Order.

Conversely, the Jedi avoid love for the exact opposite reason. They believe that embracing love would lead to jealousy, which can prompt someone to be biased in their decision-making (just as Anakin Skywalker was). From there, it is just a slippery slope to the dark side.

Anakin Skywalker's Path to the Dark Side

While the Jedi avoid emotions like a plague, the dark side embraces all emotions and uses them as fuel for their agenda. The more rage, irritability, discontentment, depression, and self-loathing a Sith feels, the stronger they become.

Yet another difference between the light and dark sides is the fighting styles of both sides.

The light side houses passivists. They are taught that all life is precious and should not be taken away at the hands of another person. Thus, the Jedi fight only in the defense of themselves and others.

In contrast, the Sith and other Darksiders do not care about the lives of others. They are usually on the offense. They do not value life as the Jedi do. Rather, they do whatever they have to to push them closer to their goals.

This includes killing anyone in their way. In fact, Darth Malgus murdered his wife, Eleena Daru, because he saw his love for her as his greatest weakness.

He ruthlessly murdered her in the hope that he would inch closer to the dark side. Furthermore, by getting rid of her, he lessened the chance of her being used against him.

Did the Jedi REALLY Commit Genocide on the Original Sith? - Why the Jedi did (Mostly) Nothing Wrong

The inhabitants of the light and dark sides have two different ideas of what they want for themselves.

On the light side, they want peace for all. The Jedi want equality for everyone regardless of ethnicity, political affiliation, species, age, and other discernible features.

As per the Jedi Code, it is peace over everything else, and as a result, it is their main purpose to spread peace throughout the galaxy. What’s more, the Jedi long to become one with the Force. Therefore, they do everything in their power to be the perfect host for the Force.

Alternatively, the dark side’s users want one main thing, and that is power. If we take a look at the Sith Code, we can see that the Sith see ultimate power as their goal.

The Sith (and possibly other Darksiders) long to be free to practice their craft in peace. Because they are deemed as evil by the light side, they are almost always contested.

Accordingly, the Sith concluded that the only way to achieve their freedom was to be so ruthless and completely consumed by the dark side that they could take over the galaxy and finally be rid of their oppressors, the Jedi.

How Liberty Dies: The Politics of Star Wars

Although the Sith long for freedom, they are arguably more free than the Jedi are on the light side.

Despite the Sith being oppressed and constantly fought by the Jedi, they are still much freer than the light side inhabitants are. This is because the Jedi have to be near “perfect” as they believe that will make them one with the Force.

As such, they have to adhere to the Jedi Code as if it were law. To them, any deviation from the rules means they have bought themselves a ticket to the dark side.

Meanwhile, the Sith have more leniency than the Jedi, as they are free to experience as much of the Force as possible. They don’t have to suppress their emotions, and they can use whatever Force power they’re curious about.

Finally, once they have gained power (and are immersed in darkness), they can essentially use whatever method they want.

This doesn’t mean that the Sith don’t have rules. They have the Sith Code, the Rule of Two, and other stipulations that make them Sith. Still, in comparison to what the Jedi have to follow, these rules are far looser.

The Story and Philosophy Behind the Sith Rule of 2

Dark Side vs. Light Side: Which Is More Powerful?

Jedi Grand Master Yoda himself suggested in Empire Strikes Back that the dark side was weaker because it was the easier path.

While ‌it is simpler for people to fall prey to the dark side as opposed to resisting its pull, this does not mean that the dark side is weaker.

Emotions, which are the most volatile and destructive aspects of life, run the dark side. The ability to unleash all the seething rage, aggression, and hatred without restraint allows a person to tap into strength they didn’t even know they had.

While it does arguably take more strength to resist the temptation of the dark side, this does not equate to the power of the entire light side. This is more of a personal feat than anything else.

If anything, the fact that light-side Force-sensitives must be cautious of falling into the dark side (and take extra precautions to do so) demonstrates the dark side’s power. 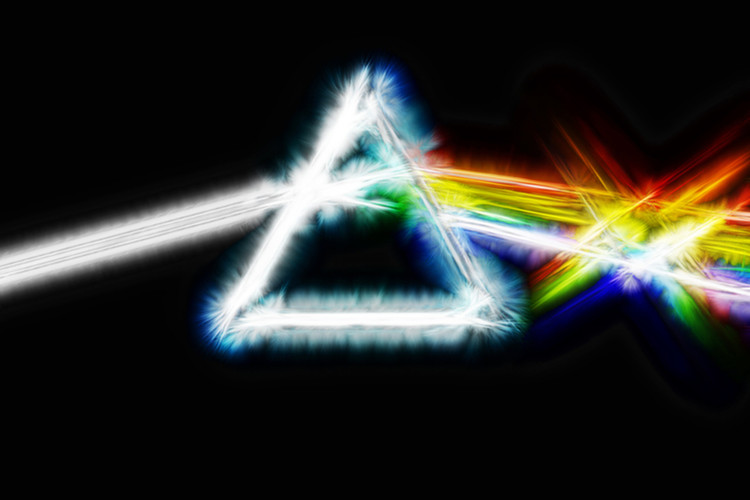 The Force as a collective is meant to be balanced. This means that both the dark and light sides are needed for this balance to be achieved.

Naturally, both sides have differences that prevent them from working together as one. These differences are perpetuated by the users of the respective sides, which causes an even bigger divide within the Force.

Unsurprisingly, the dark and light sides of the Force have been compared by the Star Wars fandom to see which is more powerful. While this question is up for interpretation, the dark side is theoretically the more powerful side.

This is based on factors such as how much it empowers the user as opposed to restricting them. Nevertheless, the Force would be nothing if it did not have both the light and dark sides.