Force lightning is one of the most terrifying attacks in the Star Wars universe. It’s an ability that’s frequently used by the Emperor, but it is possible for others to learn this power.

Although this ability was forbidden by the Jedi, it’s not exclusive to the dark side of the Force. Rey used Force lightning in Star Wars: The Rise of Skywalker in an attempt to save Chewbacca, proving that it’s not an attack that only Sith can conjure.

However, you may be surprised to know that Force lightning appears in four different colors. Though the main color we see in the Star Wars movies is blue Force lightning, it also shows up in three other colors.

But what do these colors mean? And why would one be a different color than another?

To give a quick answer, Force lightning can appear in blue, green, yellow, and red. Blue is the traditional form we see in Star Wars movies, green appears in The Clone Wars animated series, and yellow and red both appear in canon Star Wars novels.

Do you still have questions? Keep reading to learn more about this mysterious power.

However, this isn’t the only time we see Force lightning in the movies.

Count Dooku uses Force lightning in a fight against Anakin and Obi-Wan in Star Wars: Attack of the Clones.

We also see the Emperor use Force Lightning in his fights against Mace Windu and Yoda in Star Wars: Revenge of the Sith.

However, the most unique time we see Force lightning is when Rey uses it in Star Wars: The Rise of Skywalker.

Even though she lives in the light side of the Force, she was able to conjure blue Force lightning.

While Jedi can learn this power without falling to the dark side of the Force, it requires a strong will and massive amounts of ability.

Force lightning inherently requires some anger or connection to the dark side, so a Jedi has to possess a lot of willpower to fight the dark side in order to use its power.

Regardless, blue Force lightning is the most common form and is the only color we see in the nine existing Star Wars Skywalker saga movies.

Mother Talzin and The Mother are among those who could wield the power of green Force lightning.

This shade of green resembles the magical ichor that Mother Talzin could summon, so some believe that green Force lightning stems from those who possess magical abilities.

Mother Talzin was the leader of the Nightsisters, a magical group of Force-sensitive women. Although this isn’t confirmed in the Star Wars canon, it’s possible that if other members learned to wield Force lightning that it would appear green as well.

Later, Luke Skywalker would also perfect this type of lighting and call it “Emerald Lightning,” the lethal form of the Jedi skill “Force Judgment.”

Yellow lightning is mainly seen in canon Star Wars novels and is one of the most mysterious color manifestations.

Some view this as a light-side variant of traditional Force lightning, but it is usually less powerful than dark-side variants.

Plo Koon called his Force lightning, “electric judgment” or “Force judgment,” and it was extremely uncommon. He recorded his knowledge of this power on the Great Holocron in the Jedi archives. 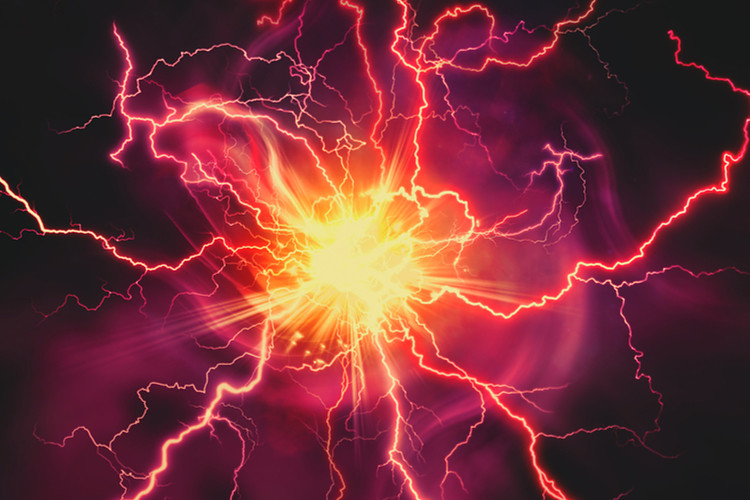 Red Force lightning is viewed as the most powerful, as the color red is associated with pure dark side energy and is manifested in only the strongest users.

However, there is little hard evidence to support the fact that red Force lightning is actually more deadly than other colors.

The main reason fans think red Force lightning is the most powerful is because it was mainly used by extremely powerful Sith.

Red Force lightning was famously used by The Son, a Force-sensitive being from Mortis who embodied the physical manifestation of the dark side of the Force.

The Son: Pure Embodiment of the Dark Side (CANON) - Star Wars Explained

It was also used by Darth Maul and other powerful Sith in the Star Wars novels.

The Force lightning power still remains a mystery, as very little is known about its origins. Likewise, there is little hard evidence for any of the various colors being more or less powerful than any others.

While some users have even been able to wield white or black Force lightning, these are extremely rare cases and are found mainly in Legends texts.

Even in Star Wars canon, there are few references to colors other than blue Force lightning. As of now, every movie appearance of Force lightning is the standard blue kind.

However, Force lightning is still a powerful ability that the Star Wars franchise may clear up in the future. They may release new novels or movies that explain more about these different colors.

Regardless of what color, Force lightning is an amazing ability that could be described as “unlimited power.”