Darth Vader is one of the most iconic characters in the Star Wars franchise; he is also one of the strongest characters.

But is he the strongest ever? And how strong is he?

A quick search around the internet will net you many opinions on how strong Vader is.

Quantifying the strength of a fictional character is no small feat, and it is impressive how much effort has been put into researching Darth Vader.

While I am no mathematical expert or scientist, many mathematicians and scientists have already done the groundwork for us.

How Does Darth Vader’s Strength With the Force Measure Up With Other Star Wars Characters? 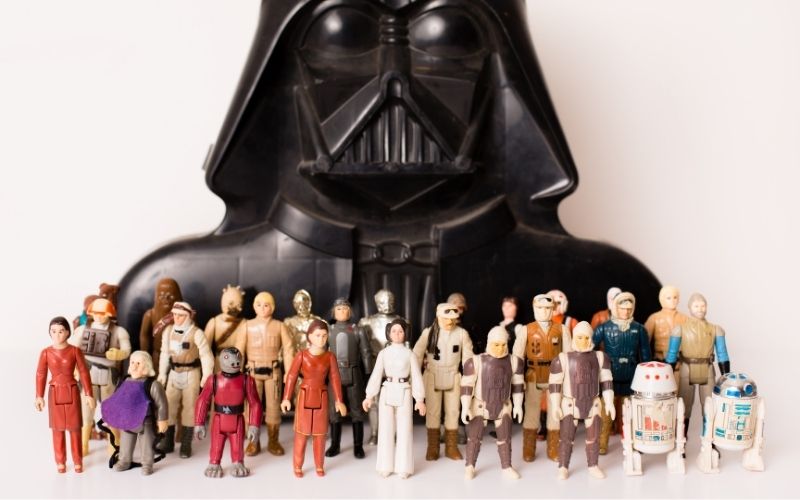 Before we get into how strong Darth Vader is, let’s see how he ranks against some of the other iconic characters.

Overall, Insidethemagic.net concludes that Vader is possibly the strongest among the Jedi and the Sith.

Screenrant.com ranks Darth Vader as number eight! While they recognize his immense strengths, his respirator use brings him down a few notches, and his weaknesses (he can only use the force in close-up situations) exposed in the comic books were also a factor.

Screenrant.com also has Yoda and Luke lower in rankings, with Yoda at six and Luke at number four. Screenrant.com considers the entire Star Wars Universe, including the Celestials who rule over the force, ranking Father at number one.

There are many opinions regarding where Darth Vader stacked up against the rest of the Star Wars Universe, but we should remember that he often makes two appearances in most of the lists.

He is frequently listed as both Darth Vader and Anakin Skywalker in most rankings of the top ten to fifteen characters. To me, this increases his stock.

Based on these rankings, and in my opinion, Vader is the most iconic and powerful Star Wars character.

So, how strong is he?

How Strong is Darth Vader? 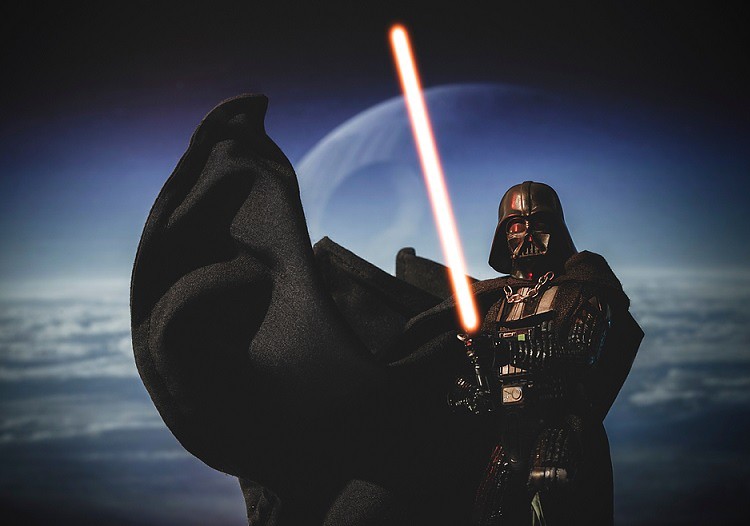 The strength of the Force within Darth Vader is challenging to measure accurately, but his overall power is undeniable.

He reigned for many years, crushed his enemies, and displayed his awesome power in films, comics, and tv series.

Darth Vader executed most of these incredible feats using the Force. However, he also had excellent brute strength.

In the original Star Wars, his character was six foot six inches tall, with a broad chest and lean physique. He could overpower most of his rebels without using the Force.

He also had to have a solid physique to carry around that helmet and armored suit!

Although he was physically strong, I believe the most potent aspect of Darth Vader is his resolve.

Darth Vader started as little Anakin, who was unsure, impulsive, and undisciplined. Over time, his confidence increased, he became slightly unstable and then resolved to rule the world.

I’m not saying that trying to take over the universe is a good thing, but his resolve to accomplish this goal is remarkable. Darth Vader had incredible determination, focus, and inner strength to reign for so long and with such commanding control.

He was formidable without the Force but even stronger with it.

The Force was Strong in Darth Vader

Darth Vader was the “Chosen One,” meant to bring balance back to the Force. The Force was his most potent quality.

As a child, a Qui Gon-Jinn tested Anakin’s blood for midi-chlorians, and he had the highest counts ever recorded.

Midi-chlorians are tiny pieces of “Life Force” that give life to living beings in the Star Wars Universe. The Force speaks through the Midi-chlorians, but you must be sensitive to the Force to use it effectively.

As Anakin Skywalker went through rigorous Jedi training, he learned how to use the force effectively and honed his skills to an impressive level.

The Force was incredibly strong in Darth Vader due to his Jedi training and impressive Midi-chlorian blood count.

I believe when you combine his strength with the Force, his brute strength, and his mental fortitude, he is the most dominant character in the Star Wars Universe.

Now that we know all about Darth Vader’s strength let’s get back to the original question.

How Much Can Darth Vader Lift Using the Force? 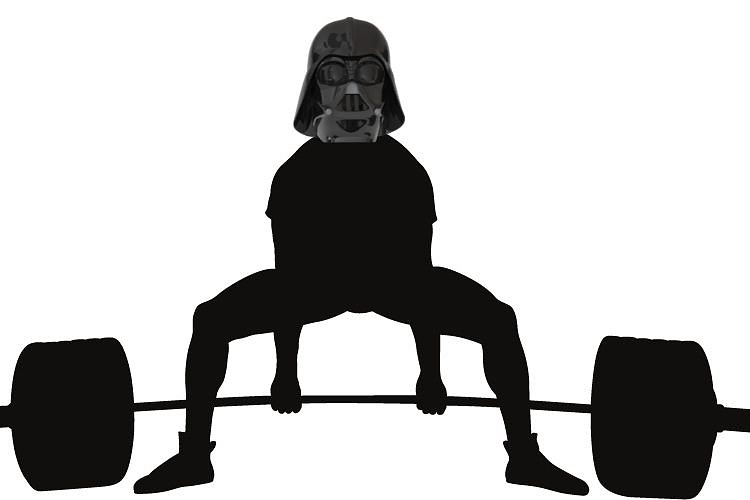 Here in the real world, we often measure strength by how much a person can lift. So, how much could Darth Vader lift?

Vader was strong without the Force, but he was amazingly formidable when he learned to use it!

There have been many examples of his strength with the Force, such as when he stopped the leg of an At-At in the Star Wars comics (Star Wars #2), killed Darth Sideous while fighting off Luke, and being struck with Sideous’ force lightning (Return of the Jedi), and killed a creature the size of a planet (Dark Visions #1 comic).

However, his most awesome display was in the video game Star Wars Jedi: Fallen Order, where he stopped the flow of water. I know it sounds a bit lame, but watch the following video:

Is Darth Vader REALLY That STRONG?! | The SCIENCE of... Star Wars

Darth Vader is truly an apex predator! His power with the Force is immense, and combined with all his other strengths, he is, in my opinion, the most powerful character in the Star Wars franchise.

Darth Vader is the whole package, combining brute strength, mental fortitude, intelligence, sensitivity to the Force, and genetic make-up (Midi-chlorian levels), making him the Chosen One!

Starkiller is still stronger, while it is realy impressive how strong Vader is and I peronaly want him to be the strongest because as the chosen one he should be, but Vader lifts water in the million kg Starkiller moving the imperial star destroyer (Austin mentions this but gets it wrong) is in the billion kilo category (Google the weight of an imperial star destroyer) like I said I hate the fact but my ocd compelles me to share the truth

@Ced, starkiller isn't stronger than Darth Vader because Vader can lift a lot of heavy things all at the same time he's like the Ronnie Coleman of star wars he's the strongest and the goat