Obi-Wan Kenobi was one of the strongest Jedi Masters in Star Wars. Besides his ascent to Jedi Master and subsequent seat on the Jedi Council, Obi-Wan was a gifted duelist. He also showed a remarkable connection to the Force, and he was an expert at keeping his emotions in check.

However, Jedi like Yoda and Anakin Skywalker also possessed remarkable strength in dueling and Force-wielding. And since they came to Obi-Wan’s aid during the Prequel Trilogy, you may wonder just how strong Obi-Wan really was.

How Powerful of a Jedi Was Obi-Wan Kenobi? 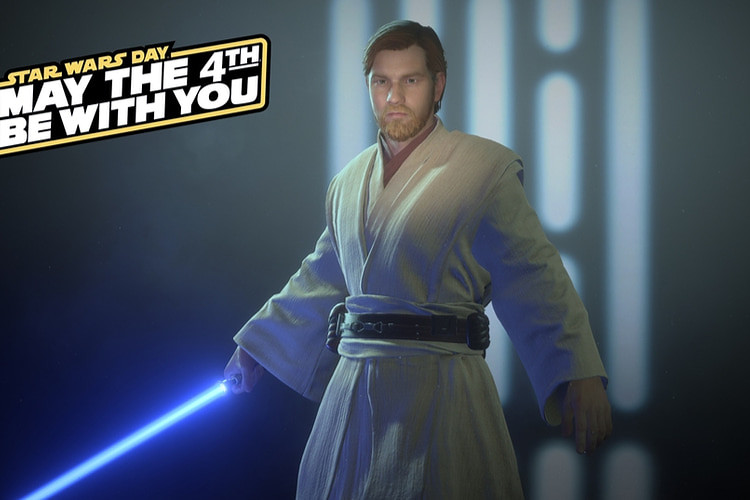 Though a flawed character, Obi-Wan Kenobi was also a beacon of the light side of the Force, living strictly by the Jedi Code and expecting Force-sensitives around him to do the same.

Therefore, we know Obi-Wan was powerful as far as immersing himself in the light side. So when we ask ourselves how strong Obi-Wan is, we must also remember that other characters, like Darth Vader, had strengths that Obi-Wan never had.

Some will claim Obi-Wan to be one of the most powerful Jedi in Star Wars thanks to multiple victories over Darth Vader and Maul, among others. However, Obi-Wan also lost to Dooku on multiple occasions, leaving Anakin to pick up the slack in Revenge of the Sith .

Obi-Wan may have defeated Darth Vader twice, but Vader’s recklessness, not inferior power, cost him the duel on Mustafar. And while Obi-Wan ultimately triumphed over Vader in 9 BBY, the Sith Lord also handedly defeated Kenobi after luring out the former Jedi Master.

Despite his multiple losses to Dooku, we know Obi-Wan was a powerful Jedi simply because he was able to survive the Jedi Purge and take on clone troopers that invaded the Jedi Temple with Yoda.

Darth Maul also outclassed Obi-Wan in The Phantom Menace, but the then-Padawan still got the best of Maul. This started a rivalry between the two before Obi-Wan killed Maul on Tatooine in 2 BBY.

Obi-Wan was powerful enough to match Vader in a lightsaber duel in 19 BBY, only for his power to dwindle over the next 10 years. By 9 BBY, Obi-Wan was a shell of himself and disconnected from the Force.

We saw this front and center when he barely rescued Leia Organa with the Force. As Leia fell, Obi-Wan held out a hand and just managed to keep her from crashing to an early death or serious injury.

If you watched the miniseries Obi-Wan Kenobi, you know what happened. Kenobi once again fought Vader in a back and forth duel. Obi-Wan prevailed against his former apprentice, and this came at the height of Vader’s reign of terror alongside Emperor Palpatine.

Some will claim that Vader got the best of Kenobi in 0 BBY when the Sith Lord finally killed his former master. But when you watch the scene from A New Hope, Obi-Wan gave little resistance and you can argue that he let Vader defeat him.

Dying allowed Obi-Wan to return several times, first as a voice during the Battle of Yavin, and again between 3 ABY and 4 ABY as a Force ghost to guide Luke Skywalker, Darth Vader’s son.

To that regard, Obi-Wan’s power grew after death. It was something the former Jedi Master confirmed when he told Darth Vader, “If you strike me down, I shall become more powerful than you could possibly imagine,” during their duel in 0 BBY.

How Strong Is Obi-Wan?

Obi-Wan was without a doubt stronger than your average Jedi, given his ability to escape execution during Order 66, defeat multiple Sith Lords, and regain his connection to the Force after he spent a decade between 19 BBY and 9 BBY letting it dwindle.

He never succumbed to the dark side, which showed he possessed emotional strength, and even when he dueled more powerful opponents, there was still a chance he would win the fight, as he showcased in 32 BBY when he eventually bested Darth Maul.

Obi-Wan also managed to keep himself alive, even when he was at his weakest, during a time when the Inquisitors were hunting down Jedi who escaped the Purge in 19 BBY.

Was Obi-Wan More Powerful Than Anakin?

While we established that Obi-Wan defeated Darth Vader twice, and that he basically let Vader beat him in 0 BBY, we also need to establish that Anakin Skywalker and Darth Vader, in a manner of speaking, are two different people.

Vader admitted this when he told Obi-Wan in 9 BBY, “You didn’t kill Anakin Skywalker, Obi-Wan, I did.” Therefore, we cannot measure Obi-Wan’s power against Darth Vader’s, but against Anakin’s when the former Jedi Knight fought for the Republic.

The answer is yes and no. To one degree, Obi-Wan was the stronger of the two Jedi since he had far more mental and emotional strength. Anakin was proud and his personality bordered on arrogance.

And as he showed several times throughout The Prequel Trilogy, he had a tough time controlling his emotions. Anakin was emotionally attached to his mother, Shmi, and it was something he never detached himself from, considering his actions in 22 BBY during Attack of the Clones.

Obi-Wan also had a love interest of his own. And although Maul murdered Satine Kryze and Obi-Wan watched her die, her death did not prompt Kenobi to embrace the dark side.

When Anakin’s mother died, he murdered an entire village out of anger. Obi-Wan took the high road not just in Satine’s death, but also in that of his master, Qui-Gon Jinn.

Who Was the Stronger Jedi?

Obi-Wan mastered Form III of lightsaber combat, called Soresu. This was a defensive style that specialized in little movement and putting oneself in position to block violent strikes, which made him capable of fending off the all-out offensive style of Ataru, also called Form IV.

Anakin practiced Form V, which you may know as Djem So mixed with Shien. This style allowed him to emphasize power before skill, given its ruthless approach. He also combined the style with Ataru.

Given the mastery of their overall fighting styles, the Jedi Order looked at Obi-Wan as one of the best in Form III. But with Anakin’s ability to master his unique form of lightsaber combat, we need to look deeper than their individual skills with a lightsaber.

Anakin displayed more Force potential than Obi-Wan, while Obi-Wan had the edge in experience. But come 19 BBY when Anakin fell to the Sith, his connectivity to the Force, despite that greater potential, still failed to supersede Obi-Wan’s.

And while each mastered their individual lightsaber forms, Anakin’s power had grown to the point he defeated Count Dooku in 19 BBY.

The duel kicked off with Dooku fighting Obi-Wan and Anakin, but the Sith Lord quickly took Obi-Wan out of the equation. This left him to square off against a visibly-angered Anakin, who quickly gained the upper hand.

Was Obi-Wan More Powerful Than Yoda?

Yoda is often regarded as the strongest Jedi Master of his time. And although he was over 800 years old during the Prequel Trilogy, Yoda was still able to easily force Count Dooku to retreat in 22 BBY while Obi-Wan and Anakin lay wounded.

Like Obi-Wan, Yoda was also a beacon of light and kept his mental and emotional strength in check, even when he went into exile, despite not initially appearing to, upon meeting Luke Skywalker. Unlike Obi-Wan, Yoda never lost his Force powers.

We know this given the former Jedi Grand Master’s ability to use the Force to lift Luke Skywalker’s X-wing while he was in exile on Dagobah. But we don’t even need to look to the Original Trilogy to realize Yoda was stronger than Obi-Wan.

What Yoda Did During His Exile on Dagobah

In 19 BBY, following Order 66, Yoda stated he would face Palpatine. Obi-Wan asked Yoda to confront Anakin and that he would go to Palpatine, but Yoda stated Obi-Wan was not powerful enough to duel the Sith Lord.

Yoda matched Palpatine throughout the duel, and gained the upper hand at least twice, retreating only when he sensed an influx of clone troopers showing up.

Obi-Wan had Anakin beaten in the emotional and mental department while Anakin prevailed from a physical standpoint. Yoda had Obi-Wan beaten in all three categories.

Obi-Wan, however, defeated Darth Vader in two of their three meetings, showing that he was stronger than his former apprentice. Kenobi also let his Force-connectivity go to the wayside before gaining it back and becoming seemingly just as powerful as he’d been before Order 66.

Given his narrow triumph over Maul, his ability to survive Order 66 and even fend off the Inquisitors, it shows Obi-Wan, while not the most powerful Jedi, was still one of the stronger characters in the series.