Born on Kalee as Qymaen jai Sheelal, Grievous was a male warrior. In the waning years of the Galactic Republic (during the Clone Wars), he served as a member of the Confederacy of Independent Systems as a Commanding Officer.

Known from that point onwards as General Grievous, the Kaleesh warrior became known throughout the galaxy for his advanced cybernetics as well as his ruthlessness in battle.

Of course, as an enemy of the Galactic Republic, Grievous was often at odds with the Jedi Order and its Knights. As a result, Grievous would often battle against Jedi Knights during his excursions throughout the galaxy.

What’s more, General Grievous used the Separatist Army and his largely impressive combat skills to terrorize the galaxy and instill fear in the invaded planet’s inhabitants.

It’s clear that Grievous had all the makings to be a Sith Lord, which raises the question of whether or not he is a Sith Lord.

This is exactly what this article is about, so keep reading as we dive into this topic.

Is General Grievous Considered a Sith? 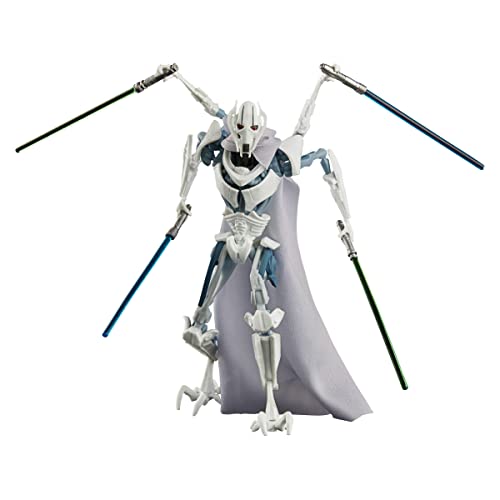 No, right off the bat, we can say that General Grievous was not considered to be a Sith.

This is a bit confusing to fans, as he was trained by the Sith Master, Count Dooku. In addition to this, Grievous saw the Jedi as his sworn enemy and actively worked against the Republic.

So why wasn’t he granted the title of Sith?

Well, for starters, General Grievous was a cyborg, so he had no connection to the Force. By definition, a Sith is a Force-sensitive who practices hatred, anger, and greed.

They then use these negative emotions to push them toward the agenda of allowing the dark side to gain ultimate power over the galaxy. As such, without the Force, General Grievous could not be considered a Sith.

Furthermore, as impressive as General Grievous’ skills were, Count Dooku only taught him combative skills. What he did not have was a connection to the Force.

To preface, the Force is a thing that resides in all living beings. As a Kaleesh cyborg, Grievous was an organic being that had to become a cyborg.

To that end, when Grievous was transformed into a cyborg, he lost what connection to the Force he had. However, his cybernetic parts and training gave him the opportunity to hold his own against any opponent.

This does not mean that the Kaleesh warrior was still connected to the Force. Rather, it just meant that his computer allowed him to be faster and more powerful than most individuals could be.

Needless to say, without a true connection to the Force, General Grievous could not be considered a Sith.

What Is General Grievous Considered?

As we previously stated, Grievous is not considered to be a Sith and he definitely does not identify as a Jedi. So what exactly is he?

Well, as his name suggests, Grievous was a General, and as previously established, he also held the rank of Commanding Officer and Supreme Martial Commander. Clearly, General Grievous has a strong military standing, which is what he is known as.

Why Legends General Grievous Is Just as Powerful as Darth Vader

In terms of physicality, General Grievous is a cyborg. He began his life as a Kaleesh male who was an organic being. Therefore, he was initially Force-sensitive, which meant he had the potential to be a Sith.

Unfortunately, when General Grievous was made into the cyborg we know him as today, his Force-sensitivity was stripped from him. Therefore, he is considered to be solely a cyborg.

Is General Grievous a Sith Lord?

No, General Grievous is certainly not a Sith Lord.

We know that Grievous’ was no longer force-sensitive when he became a cyborg. Because being a Sith requires a connection to the Force, Grievous was never truly initiated into the Sith Order.

Even though Grievous was technically the apprentice of the Sith Lord, Count Dooku, he was never officially in the Sith Order. Instead, he served as Dooku’s second in command of the Confederacy of Independent Systems, which was a separate entity within the Galactic Empire.

So, despite him not gaining the rank of Sith Lord, General Grievous was still held in high regard within the Empire. He was one of the most ruthless, talented, and dedicated Jedi killers the dark side had.

Why Is Grievous Always Coughing?

It’s no doubt that General Grievous is an intriguing and talented character who has an interesting quirk. That is, he is always coughing, but why is that?

In Star Wars: The Clone Wars, Season Three, Episode Five, General Grievous faces off against Mace Windu. This is where we see Mace use the Force to crush Grievous’ chest plates.

This led to Grievous having damaged lungs, which led to his iconic cough that has lasted all the way into Star Wars: Revenge of the Sith.

Naturally, this is Star Wars and nothing is unintentional, nor are they simple. According to Star Wars: The Legacy Revealed, George Lucas made it evident that he had deeper reasoning behind the cough.

He could have taken the easy, predictable route and made Grievous’ suit indestructible, but being the visionary he was, George Lucas went a different direction.

Lucas wanted the cough to represent the imperfections that were involved with cybernetic technology. As opposed to it merely being a disability caused by injury.

The Kaleesh ruler, General Grievous, was one of the dark side’s strongest weapons.

He began his life as a fully natural Kaleesh male, born on the planet Kalee. Unfortunately, an accident orchestrated by Count Dooku left Grievous so injured that he had no choice but to become a cyborg.

How did General Grievous become a Cyborg? - Star Wars Explained

Because he was no longer a truly “organic” being, Grievous was not a Sith, nor would he become a Sith Lord. Still, he held a tremendously important role within the Empire.

In particular, he was the Supreme Commander of the Separatist Droid Army. Additionally, he served as Count Dooku’s right-hand man during the reign of the Confederacy of Independent Systems.

Despite his outstanding attributes, General Grievous was certainly not infallible. In fact, after his encounter with the Jedi Master Mace Windu, the cyborg sustained some injuries to his chest plates.

This resulted in his lungs being crushed, leaving Grievous with the cough that has become known throughout the Star Wars communities.

Needless to say, George Lucas wrote this intentionally to show that there were flaws in the cybernetic technology.