The independent, headstrong Omega has made for an interesting addition to the Star Wars universe.

Making her debut in the animated show The Bad Batch, it quickly became apparent that her history and place in the franchise are more complex than they initially seemed.

It’s revealed in Episode 1 of The Bad Batch that Omega is a clone; several episodes later, she is surprisingly revealed to be a clone of Jango Fett, the bounty hunter who provided the genetic material for the Galactic Republic’s clone troopers.

But how is this possible?

Omega is one of only two “first generation” clones of Jango Fett. Though the Kaminoans likely tampered with Jango’s DNA to make Omega female, she received no other modifications and is therefore a pure genetic copy of Jango.

Is Omega a Clone of Jango Fett?

Yes, Omega is definitely a clone of Jango. She was made from his genetic material much as the Republic’s clone troopers were.

Star Wars: The Bad Batch - Who Is Omega?

But Omega is more than just a creation made from Jango’s DNA. She is one of only two “pure and unaltered” clones–one of two made to be copies of the bounty hunter.

Most of the clone army was created with various modifications. Jango Fett’s DNA was used in the form of a “genetic template”–it was the raw material from which millions of soldiers were made, but the Kaminoans gave this material various improvements such as heightened obedience tendencies and accelerated aging.

As part of his agreement with the Kaminoans, Jango requested a pure clone that would receive no modifications. This clone was originally called Alpha and was later known as Boba Fett. He was Jango’s “son” and a perfect copy of him.

Omega was created in the same way and (presumably) around the same time.

For this reason, she is basically Jango’s daughter and Boba’s brother. She is more genetically identical to them than any of the other clones.

Why Was Omega Created?

The reason why Boba Fett was made is clear; Jango requested his creation. But there is no indication that he requested a second unaltered clone of himself.

So, why did the Kaminoans make Omega?

The answer was not revealed in Season 1 of The Bad Batch, so it remains unclear. Any attempts to explain Omega’s creation will remain speculation until future seasons are released.

That said, there are various theories that might explain Omega’s existence.

It’s possible that Jango’s request for a pure clone in the form of Boba gave the Kaminoans the idea to create one for themselves.

Omega was not given combat training and was not made in the same way as the clone troopers; therefore, it’s unlikely she was created for the Republic.

What’s more, she was working on Kamino as Nala Se’s medical assistant at the time of Order 66.

But why would the Kaminoans have wanted a pure clone of Jango? What would have been the benefit to them?

It’s possible that they were ensuring their own business relations with the Republic.

Though clones could not be made from the clone troopers (which were modified versions of Jango’s DNA), they could be made from an exact, unaltered copy of Jango.

So, it’s possible the Kaminoans wanted a “backup template” which they could use to continue making clone troopers in the event of Jango’s death.

The death of Jango Fett

Jango was killed at the beginning of the Clone Wars, and over the next few years the Kaminoans struggled to “stretch” what they had left of his genetic material.

It’s possible that, by the time the Galactic Empire supplanted the Republic, they had nearly exhausted their supply.

After Omega escaped Kamino with Clone Force 99, it became apparent that the Kaminoans were desperate to get her back. They were struggling to maintain business relations with the new Galactic Empire and needed a way to restore faith in the clone army.

If Omega was indeed their “backup plan,” then there’s a good chance they were trying to get her back to begin harvesting her DNA samples and begin creating new clone troopers.

It’s possible that less forethought went into her creation. The Kaminoans might have made her simply for experimental or research purposes.

Though the reason for her creation remains a mystery, it’s clear from Season 1 of The Bad Batch that, for whatever reason, the Kaminoans needed her.

How Did the Kaminoans Make Omega a Female Clone? 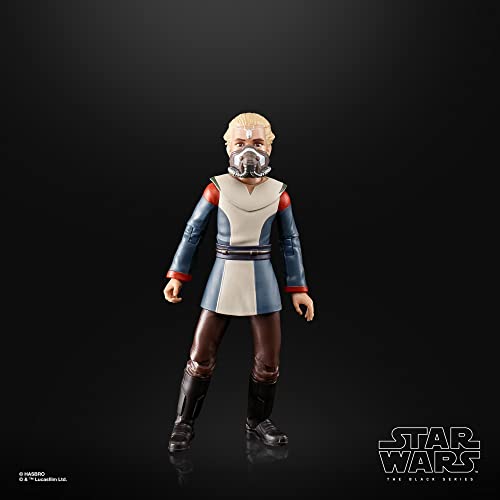 As mentioned, Omega is supposedly an “unaltered” clone of Jango, so a big question remains: how did she end up being female?

The explanation is pretty simple.

On a cellular level, all vertebrate males have one X and one Y chromosome, and all females have two X chromosomes.

Considering the Kaminoans’ expert knowledge of cloning, it was likely a simple task for them to delete the Y chromosome from Jango’s DNA or to somehow turn it into an X; this very slight manipulation would have made Omega female instead of male.

So, in this sense, it’s unlikely that Omega was a “completely unaltered” copy of Jango; his DNA might have been slightly tampered with during her creation.

Still, she did not receive the same alterations as other clones; compared to the modifications they received, the creation of a female from a male’s DNA was a negligible change.

But you may still be wondering, why did the Kaminoans create Omega as a female? The answer, of course, remains unclear; we can only hope it will be revealed in future seasons of The Bad Batch.

Some possible reasons for why they made her female included wanting to hide her from the Republic so Kaminoans could use her as they pleased; after all, no one would suspect a young human female with blond hair to be a clone of Jango Fett.

Her creation as a female could have simply been a mistake or an experiment. Perhaps her creation was, in fact, requested by Jango (though there is no reason to suspect this was the case).

So it’s still unclear what the benefits of making her female might have been; but the fact that she was otherwise unaltered made her more free-thinking, curious, and independent than other clones.

This, in turn, made her hard to control; a fact which the Kaminoans may not have seen coming.

Omega is a pure, unaltered clone of Jango, just like Boba Fett is.

Though it’s still unclear why she was created, and why she was female, it is certain that she was important to the Kaminoans, as they made great efforts to get her back shortly before their cloning operation was destroyed by the Empire.