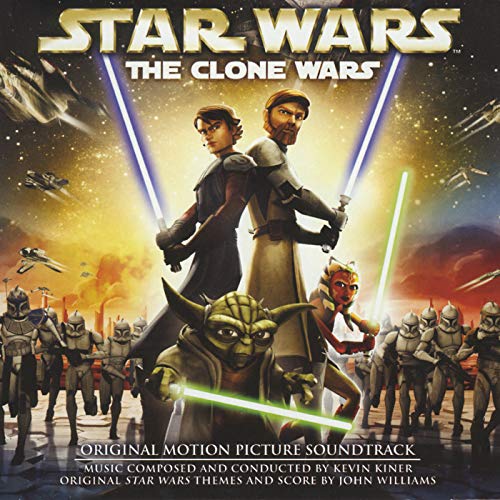 A lightsaber duel with Anakin Skywalker does not often go well for his opponent. Something that Count Dooku found out the hard way at the beginning of Episode III Revenge of the Sith.

But once Dooku was slain, what happened to the Sith Lord’s lightsaber?

Dooku’s lightsaber was most likely destroyed during the crash of General Grievous’s ship The Invisible Hand. But the destruction of his lightsaber is never confirmed, which opens the door to other possibilities, including confiscation by the Jedi Order or becoming a trophy for his successor, Darth Vader.

What is the result of Anakin and Count Dooku’s lightsaber duels?

Anakin Skywalker confronts Count Dooku, also known as Darth Tyranus, no less than seven times throughout the Star Wars franchise. Sometimes the duel has a clear winner, and other times the duel is cut short or ends in a stalemate.

But each time they duel, Anakin learns a little more about Dooku, studies his tactics, and learns from his own mistakes, hoping to be the one to take down the dark lord one day.

The first duel on Geonosis

In Star Wars Attack of The Clones, Obi-Wan finds himself on Geonosis, having been imprisoned by Count Dooku. Anakin, unaware of the full picture, rushes off to Geonosis to rescue his master, only to get himself and Padme imprisoned as well.

All of them are sentenced to death by way of a battle against ferocious beasts.

Luckily the Jedi Order comes to the rescue, as well as the clones, saving them from the execution pit and allowing Obi-Wan and Anakin to pursue the now fleeing Count Dooku.

They confront him in the hangar where his ship rests. The ensuing lightsaber duel does not go well for either Jedi.

For a short time, Anakin battles Dooku on his own, wielding both his and Obi-Wan’s lightsabers. But eventually, Dooku overpowers young Anakin and slices off his arm just above the elbow.

At this point, Yoda steps in, dueling Dooku himself, and he might have prevailed if Dooku hadn’t distracted him by trying to drop a heavy beam on the unconscious Obi-Wan and Anakin.

This distraction allows Dooku to flee with his lightsaber in hand.

During the many seasons of the Clone Wars animated series, Anakin faced Dooku 5 times.

The first of five was featured in the Clone Wars animated movie that predates the series. This duel finished in a stalemate, largely because its purpose was a distraction so that Ahsoka could finish the mission.

The second duel happened on Naboo, and this time Dooku came out ahead, using his guards and some force lighting to knock out Anakin.

The third confrontation was a short one. Anakin successfully disarmed Dooku but Count Dooku then incapacitated Anakin with force lightning.

The fourth confrontation was Dooku’s first attempt at kidnapping Palpatine. Anakin fights admirably but lets his emotions get the best of him, and it is only Obi-Wan’s intervention that saves the day.

In the 5th duel, Anakin once again fought alongside Obi-Wan as they together fought Count Dooku. The duel ended when Dooku retreated, leaving no clear winner.

The final duel during the Battle of Coruscant

The final duel between Dooku and Anakin took place aboard General Grievous’s ship The Invisible Hand when both Anakin and Obi-Wan attempted to rescue Palpatine.

When they confronted Dooku, Obi-Wan was knocked out of the battle, quickly leaving Anakin to face off against the Sith Lord on his own.

Anakin fights aggressively and quickly disarms Dooku quite literally by removing both of his hands with a slice of his lightsaber blade. He then picks up Dooku’s blade and holds both lightsaber blades at Dooku’s neck.

Palpatine orders Anakin to execute Dooku and after a moment’s hesitation, he does just that. Ending Darth Tyranus once and for all.

What did Anakin do with Dooku’s lightsaber?

Anakin executes Dooku with the Sith Lord’s own blade, but what does he do with it afterward?

Following the execution is a whirlwind of an escape attempt followed by crash landing, making the Sith Lord’s lightsaber the least of Anakin’s concerns.

Still, the Sith Lord’s blade had to have ended up somewhere.

Possibility 1: lost/destroyed during the crash

The most likely possibility is that Dooku’s lightsaber was lost or destroyed during the crash.

Immediately after the execution, Anakin holds Dooku’s lightsaber in his hand. But later, when Obi-Wan, Anakin, and Palpatine are captured by General Grievous, the droids only confiscate two lightsabers, Anakin’s and Obi-Wan’s.

This leads us to conclude that Anakin either left it with Dooku’s body or lost it somewhere in the elevator shaft when the ship sustained damage and began plummeting towards the planet.

Either way, with the ship shearing in half followed by a crash landing, it is likely that Dooku’s lightsaber was destroyed by the blast or lost in space forever.

Possibility 2: turned over to the Jedi

If Dooku’s lightsaber was somehow recovered from the Invisible Hand’s wreckage, it would have likely been turned over to the Jedi.

While the Jedi often kept Jedi lightsabers or at least their crystals as a way of honoring fallen Jedi, it is less likely that they would have kept a Sith weapon.

While they did on occasion confiscate Sith artifacts and store them, a simple lightsaber probably did not merit holding onto.

The Hidden Sith Artifacts in the Jedi Temple

Though the crystal would have been difficult to destroy, and the few instances on record of kyber crystals being destroyed usually resulted in explosions.

So it is possible the Jedi held onto just the crystal in the hopes that it could be purified as  Ahsoka did after the fall of the Jedi Order when she created her white/silver blades.

Possibility 3: Anakin kept it as a souvenir

If Dooku’s lightsaber was salvaged from the crashed ship, it is possible that Anakin found it and kept it as a souvenir.

He did like tinkering with things, and he even held onto Ahsoka’s lightsabers for a short time when she left the Jedi Order, even changing the lightsaber color before giving them back.

Anakin Skywalker, as a champion of the Jedi, confronts and duels Count Dooku, a Sith Lord, on multiple occasions.

Their first battle on Geonosis ended badly for Anakin, leaving him with a shiny new metal limb. But their subsequent encounters over the next 3 years, taught Anakin much about the Sith Lord’s fighting style as well as his tricks.

When Anakin confronts him for the last time, aboard the Invisible Hand, Skywalker comes out victorious, ending Dooku’s life.

But as for what happened to Dooku’s weapon after he was slain, we may never know. Was it destroyed during the crash? Did the Jedi Order confiscate and hide it away in their archives? Did Darth Vader keep the weapon as a trophy?

Perhaps a future book, movie, or game will touch on the subject, but for now, Count Dooku’s lightsaber remains lost in Star Wars history.

How Rare Is the Black Kyber Crystal in Star Wars?

What Did Vader Do With Obi Wan’s Lightsaber After Their Duel?