The fully-armored soldier has become a familiar sight in Star Wars. From Clone troopers to Stormtroopers to the mysterious red-clad Sith troopers, all of these soldiers make frequent appearances on our screens.

Of all the different versions of this soldier, the Sith trooper is perhaps the most mysterious. What is this red-armored trooper exactly? Is it the same as a regular Stormtrooper? Can it use the Force?

Keep reading! In this article, we’ll answer all of these questions and more.

Sith troopers made their first on-screen appearance in Star Wars Episode IX: The Rise of Skywalker. At first glance, they look like red-armored Stormtroopers, the color of their armor perhaps denoting a special force or elite rank.

This is partially true, but there was much more to the Sith troopers than that.

Their creation was considered to be the culmination of decades worth of work to create the perfect soldier–efforts that began with the creation of the Clones during the days of the Galactic Republic.

Sith Troopers were not merely soldiers, they were created by Darth Sidious himself. 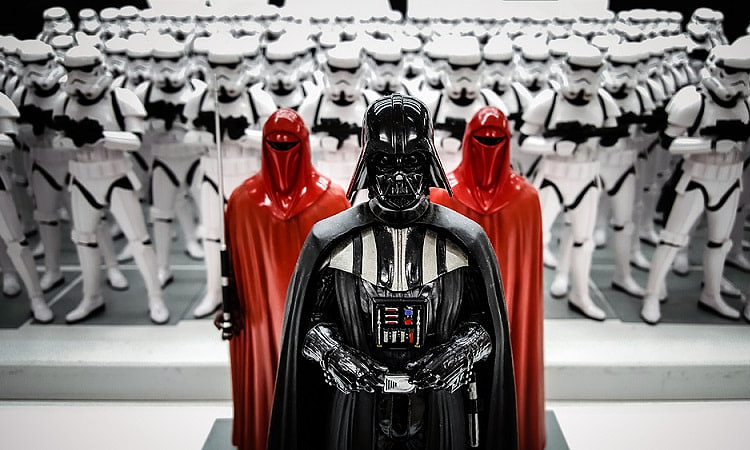 Just what were they exactly? And how were they created?

Contrary to some assumptions, Sith troopers were not clones; in fact, clones had not been used as soldiers since the beginning of the Galactic Empire.

The soldiers that replaced the Republic’s Clone troopers had been loyal to the Empire, yet they lacked the skills of their predecessors.

To account for this weakness, the First Order conscripted a new order of Stormtroopers and began training and conditioning them from childhood. But, as Finn and Jannah proved, these soldiers were capable of independent thought and defection.

Like the First Order Stormtroopers, Sith troopers were trained from childhood, but they were not just any children.

Some were natives of the planet Exegol, where they were created; but many were children of members of the Sith Eternal.

Their training eliminated the individuality of each soldier, making them unlikely to think for themselves. Sith troopers were trained, brainwashed, and indoctrinated in the ways of the Sith.

This training and indoctrination created highly loyal soldiers–so loyal, in fact, that it was basically impossible for them to go against the orders of their Master, Darth Sidious.

In addition to their training, they underwent great amounts of flash imprinting and mental conditioning. These procedures are what sealed their loyalty and made it so they would obey every order Sidious gave them.

​​​The Sith troopers were created on Exegol as part of the Sith Eternal Army. Their creation was kept a secret until near the end of the war between the Order and the Resistance.

In fact, the Sith troopers only fought during the final battle of the war, which the Resistance won with the help of Rey and Ben Solo.

Though the Sith troopers technically fought for the First Order, they were ultimately loyal to Sidious; their ultimate purpose was to return the Sith to have ultimate power in the galaxy, which they hadn’t had in over a thousand years.

The Sith troopers were so filled with rage that Sidious said they were worthy to be called Sith even though they were not Force-sensitive.

How Good is a Sith Trooper? 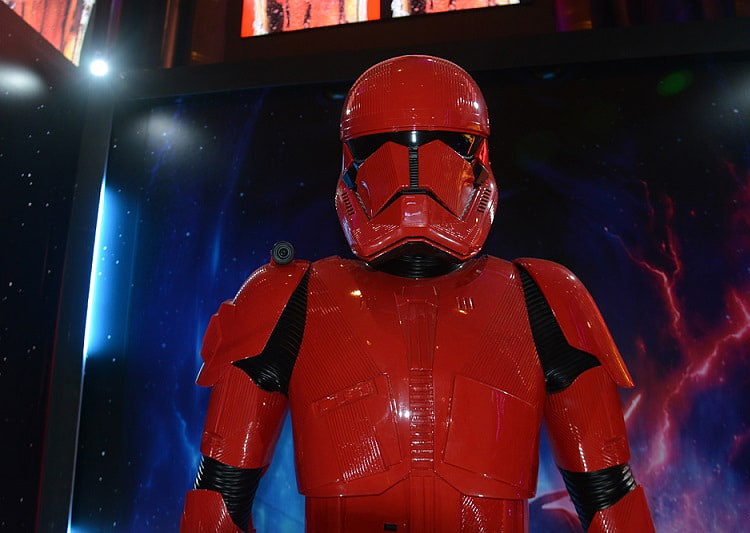 As noted above, the Sith trooper was the result of decades of work to create the “perfect” soldier.

This effort began with the Clone troopers; they were eventually replaced by soldiers loyal to the Empire but who were less skilled. Eventually, the First Order began training new Stormtroopers from birth, making for more highly-skilled and loyal soldiers.

However, the Sith troopers were far beyond even the most skilled of the First Order’s regular Stormtroopers. They were the best of the best, trained from childhood like the other Stormtroopers, but trained and conditioned to a much greater degree.

They were trained as soldiers, yes, but they were also trained in the ways of the Sith. They embraced the rage, hatred, and passion that the Sith were known for.

They were brainwashed and mentally conditioned to erase their individual identities and, as part of this process, were made so they could not betray or disobey Darth Sidious.

They were, perhaps, the most highly skilled soldiers in the galaxy.

And yet, they were defeated in their first real battle. This begs the question, why? What was their weakness?

Can Sith Troopers Use the Force? 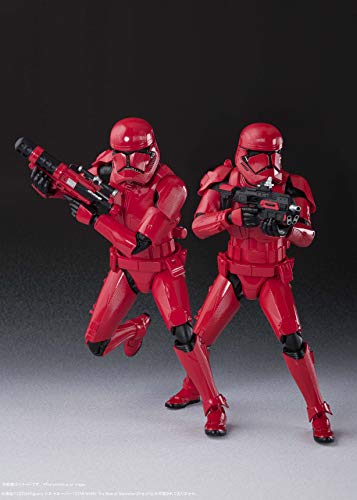 Despite being trained in the ways of the Sith, Sith troopers were not Force-sensitive.

They could wield all the rage and passion their training imparted to them, but they did not have the Force flowing through them to enhance their skills through their emotions.

Yes, Sith troopers were created by a Sith Lord, and they adhered to Sith religions and teachings.

Even the red coloring of their armor was modeled after the classic red of Sith lightsabers. But ultimately, they were only human with no special Force powers or abilities.

This may have had something to do with why they were defeated in the final battle between the First Order and the Resistance. The tide of that battle was turned by Force powers that were unleashed as Rey and Ben fought Sidious.

When Rey defeated Sidious, she put a stop to his Force lightning, which he was using to destroy some of the Resistance ships. Once the Force lightning stopped, the much larger Resistance fleet was able to quickly take control of the battle.

Because the Sith troopers could not use the Force, they could not give the First Order enough of an advantage against the sheer numbers of the Resistance.

Is a Sith Trooper a Stormtrooper? 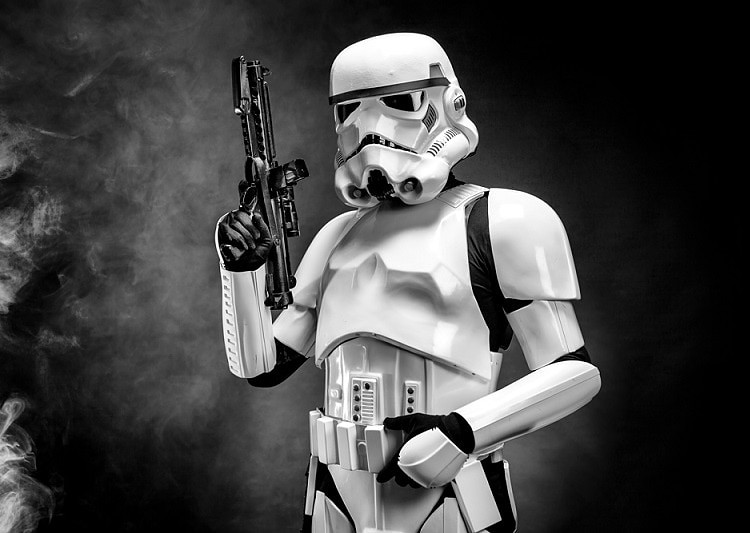 Sith troopers are sometimes referred to as Sith Stormtroopers because of the similarity of their armor. It has the same basic shape and appearance of a regular Stormtrooper’s armor, but it is red instead of white.

Sith troopers were created based on Clone troopers and Stormtroopers, but their training and mental conditioning went much further.

Sith troopers were trained in the ways of the Sith and mentally conditioned so they could not disobey Darth Sidious’ orders.

So, even though they looked like Stormtroopers and were modeled after them, there were things that set them apart and made them much better soldiers.

What is Sith Trooper’s Armor Made Of? 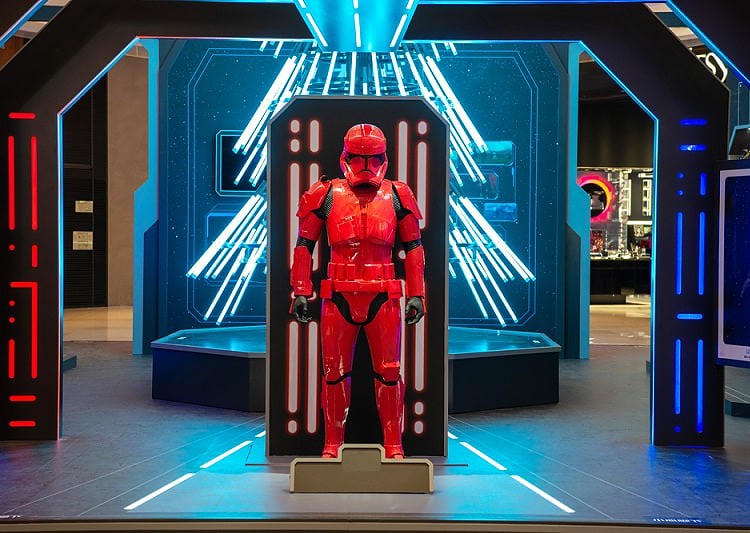 A Sith trooper’s armor was made of similar material to the armor of other stormtroopers, but the material was finished red; it was also tougher and stronger.

The armor was composed of extra layers of composite material–it was layers thick. The armor was able to deflect blaster fire fairly successfully. This is because it was made of Gammaplast instead of the weaker and more commonly used Betaplast.

The Sith trooper’s helmets were also special, though they looked much like regular Stormtrooper helmets. The helmets had sensors to collect information about environmental conditions and real time battle advancements.

The sensors would send this information to the troopers’ commanders, making recommendations on what to do next. The soldiers themselves didn’t have this information, as they were simply to follow the orders of their commanders.

Despite all the planning and preparation that went into their creation, they were destroyed along with the rest of the First Order during the battle of Exegol, shortly after Darth Sidious was destroyed.

Sith troopers were highly skilled soldiers created by Darth Sidious himself. They were a part of the Sith Eternal Army and were trained and brainwashed in the ways of the Sith.

Despite their Sith training, they were not Force-sensitive. Their entire purpose was to serve Darth Sidious and follow his orders.

After Sidious was destroyed, the rest of the First Order, including the Sith troopers, were quickly defeated by the Resistance.