You may think that, during the events of The Mandalorian, the Sith were all but extinct. And this is true to a certain extent.

Not a single Sith Lord was wreaking havoc in the galaxy. However, during The Mandalorian, several Sith were alive off-screen, either biding their time or becoming proxies.

Darth Sidious is the only true Sith Lord still alive come 9 ABY. However, individuals who embraced Sith ideology lived during this time, plus two cult-like organizations dedicated to preserving the Sith. The final two were not Sith Lords, but were under Sidious’ influence. 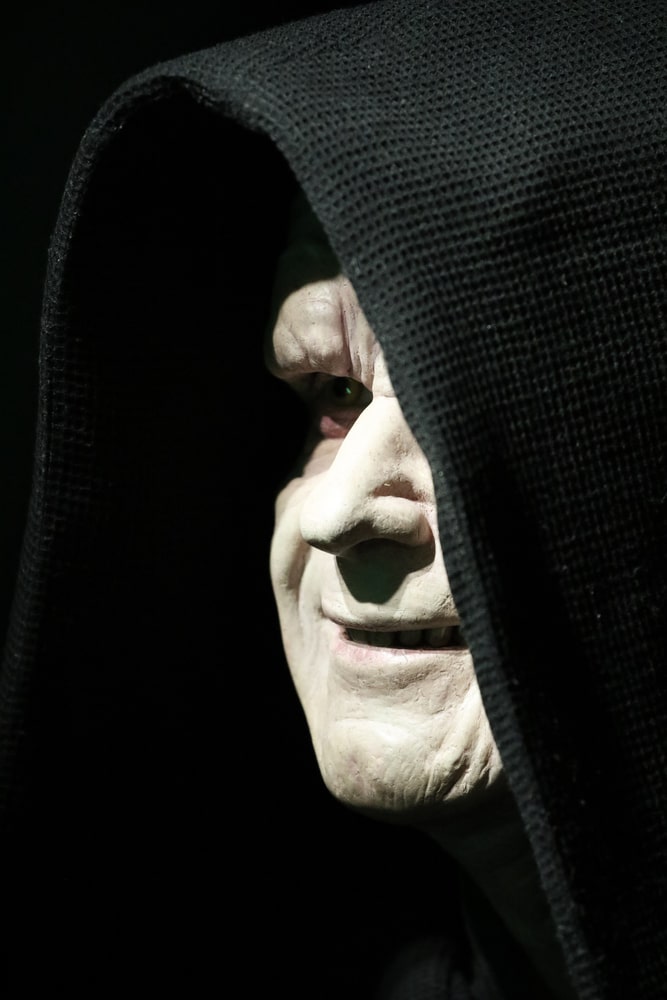 We now know Darth Sidious cheated death after Darth Vader (as the redeemed Anakin Skywalker) threw him into a reactor during the Battle of Endor.

Having spent years as the apprentice to the immortality-obsessed Darth Plagueis, Sidious’ resurrection is something we should have seen coming.

With the Clone Wars technology, he created a cloned body to send his consciousness to in case his original body died. However, Sidious’ plan only half-worked. He succeeded in living, but given his deep connection to the dark side, his new body began to decay.

This made Sidious realize he could not achieve immortality in his new body and would instead need to find a host. So during the events of The Mandalorian, Sidious’ consciousness was stuck in exile on Exegol in a rotting, immobile body.

Everything Sidious Is HIDING From Vader on Exegol! - Star Wars Comics Explained

However, Sidious’ experiment worked, using the dark side to sustain life even after his original body died.

“I have died before. The dark side of the Force is a pathway to many abilities some consider to be…unnatural.” – Darth Sidious.

Ochi traces his roots back to the Clone Wars, when he worked as a Sith assassin, answering only to Darth Sidious. He continued to work for Darth Sidious throughout the Imperial Era.

Despite the Sith Order’s fall following the Battle of Endor, Ochi remained loyal to the Sith, aligning himself with the Sith Eternal on Exegol. This made him one of few galactic citizens who knew Darth Sidious did not truly die at the Battle of Endor.

He also became a member of the Acolytes of the Beyond, who were active during the timeline of The Mandalorian sometime before 4 ABY until 21 ABY.

While Ochi had no Force-sensitivity, he symbolizes how the average galactic citizen can indeed have a Sith allegiance. This allegiance continued throughout the Sequel Trilogy, when he was sent to kill Rey’s parents.

3 – Acolytes of the Beyond

Active from the Galactic Civil War until 21 ABY, Yupe Tashu was just one of the masters leading this band of Sith cultists. During the war, Tashu, a non-Force-sensitive, served as an advisor to Darth Sidious and was a Sith fanatic.

Despite Tashu’s death in 5 ABY, the Acolytes remained. While it’s unclear what they were up to during The Mandalorian, Star Wars Canon revealed that they carried out a variety of strikes on New Republic Outposts in 5 ABY.

Even if the Acolytes were non-Force-sensitive, they earned a spot on the list since we know they were active in 9 ABY.

We also know they embraced Sith deities, spoke with fallen Sith in dreams, stole and used Sith lightsabers, and it is believed they purchased Darth Vader’s lightsaber following the Sith Lord’s death in 4 ABY.

The Origin of the Acolytes of the Beyond

We don’t know when the Sith Eternal was founded, but we know they trace their roots to before the Imperial Era.

The Sith Eternal preserved the Sith religion following Darth Sidious’ ‘death’ and Darth Vader’s sacrifice in 4 ABY. By 9 ABY, the Sith Eternal were alive and well as a band of dark side embracing cultists.

Throughout The Mandalorian’s time period to the events seen in The Rise of Skywalker, the Sith Eternal were busy catering to and ensuring their resurrected master did not die a second death.

The cultists relentlessly pursued a vessel that they could later transfer Sidious’ essence into.

Like the other Sith on this list, the Sith Eternal have yet to make an actual appearance in The Mandalorian, if they ever make one. But, during the New Republic Era, they were carrying out Darth Sidious’ orders to expand his new, fledgling Sith Empire across the galaxy.

Since they spent decades building their secret fleets in Exegol’s shipyards and subjecting the planet’s human population to Sith indoctrination, it is safe to assume what they were doing while The Mandalorian’s events were taking place. 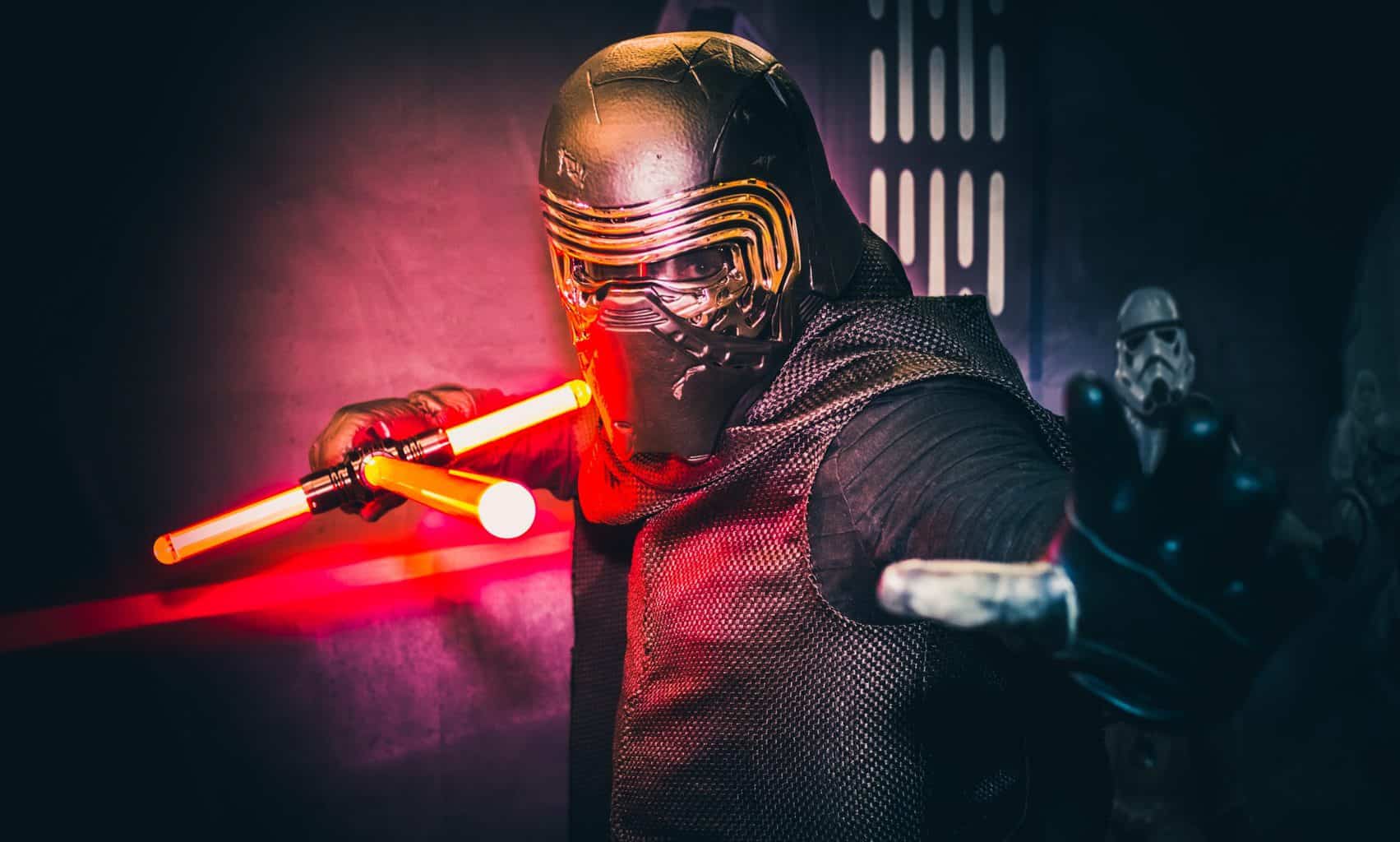 Also known as Ben Solo, Kylo Ren was born in 5 BBY, making him four years old during the initial events of The Mandalorian.

While Star Wars writer and producer J.J. Abrams denied Ren was a Sith, he makes this list because he aspired to rule the galaxy as Dark Lord of the Sith, meaning he wanted to sit in Darth Sidious’ seat.

During Ren’s early life when he was still known as Ben Solo, he believed his family hid a specific truth from him, and they did.

That truth was the dark side of his Skywalker heritage, something his parents wanted Luke to explain to Ben when he grew older.

To compound things, Solo also heard voices communicating with him telepathically. These voices preyed on Solo’s fears, telling him that he was too weak to live without the voices.

In reality, Darth Sidious took responsibility for the voices by using proxies. One proxy was a voice called Snoke.

Like Ben Solo/Kylo Ren, Snoke makes this list as a proxy since his primary role was to turn Ren to the dark side. He also served as the First Order’s Supreme Leader.

Plus, during the Sequel Trilogy, which would take place nearly three decades following The Mandalorian, Snoke and Kylo Ren further fulfilled the Rule of Two, where Ren, the apprentice, murdered Snoke, the master.

The murder allowed Ren to become Supreme Leader of the First Order.

Created on Exegol either sometime before or shortly after the fall of the Galactic Empire, Snoke held natural Force-sensitivity and, despite having his own mind, operated under Darth Sidious’ influence even at long distances.

While it’s unknown whether we will see or hear much about Snoke during The Mandalorian, he was alive nonetheless, with the Imperial Cloning Program having created him and other potential replacements for Darth Vader if the Sith Lord betrayed Sidious.