Star Wars can be quite confusing at times, given its Canon and Legends categories. And since Disney purchased the franchise, they have canonized many Sith Lords since 2019.

Who are these Sith Lords and what purpose did they serve in Star Wars?

While you may know prominent names like Darth Vader and Darth Sidious, you may not know the names and backstories of others who have since become members of Star Wars Canon. 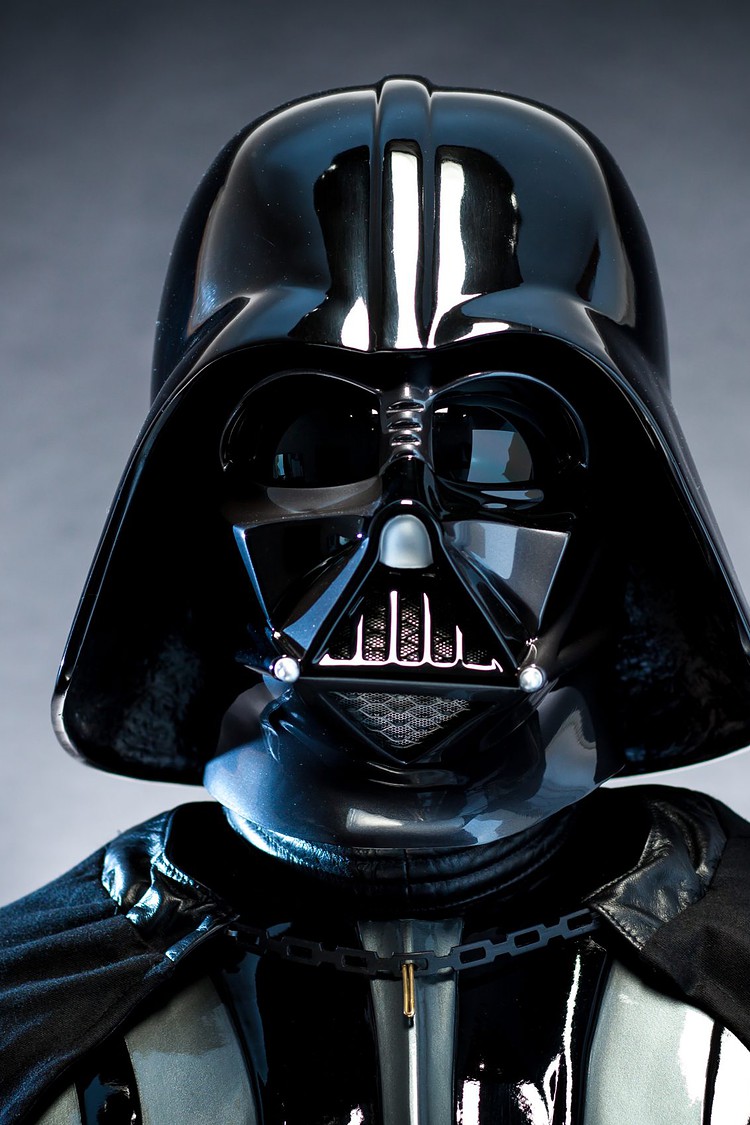 Yoda believed that Anakin possessed too much fear, he knew this led to anger and hate, which would lead him down a dark path.

In 19 BBY, Yoda’s fears were realized when Anakin turned his back on the Jedi and joined Darth Sidious.

Following the fall of the Galactic Republic, Vader wreaked havoc in the galaxy, hunting down and rounding up Jedi who survived Order 66 with his notorious Inquisitors.

However, the franchise’s original Sith Lord suffered permanent battle scars. Following a loss to his former master, Obi-Wan Kenobi, Vader lost all of his limbs, and his burned body necessitated the use of a mechanical suit to keep him alive. 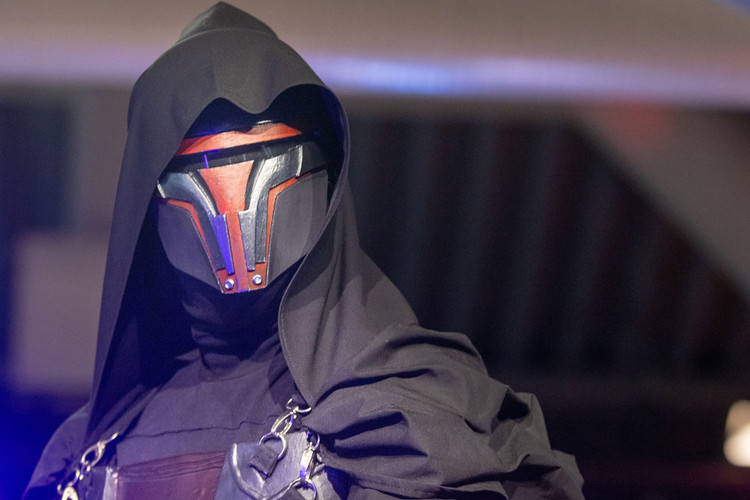 While Star Wars Legends reveals most of his backstory as a Jedi Knight turned Sith, Revan also made his way into Canon following The Rise of Skywalker.

When Palpatine’s Final Order appears in The Rise of Skywalker, his foot soldiers, known as Sith Troopers, are broken into legions of 5,000.

One legion, named The 3rd Revan Legion, shifted the popular Sith Lord into Canon with other ancient Sith Lords who appeared in Bioware’s Knights of the Old Republic. The video game featured Revan as the main character. 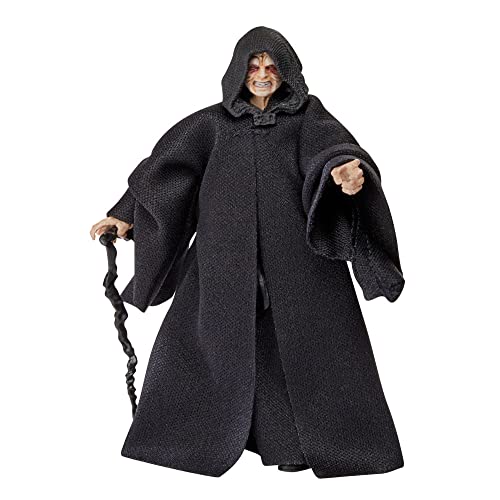 Known as the Emperor in The Empire Strikes Back, Darth Sidious was originally known as Sheev Palpatine, who became a senator from the Planet Naboo. Palpatine grew up believing he was better than his peers, and wished for his wealthy family to extend their political influence.

His father, Consinga Palpatine, refused, causing Sidious to despise the man. Following years of mutual hatred for one another, things climaxed when Consinga tried to prevent his son from embarking on a political career, causing Sheev to murder him and the rest of House Palpatine.

After murdering his own master and vetting two apprentices, Darth Sidious found what he was looking for in Anakin Skywalker. He led the Jedi Knight to believe the dark side could save his wife, Padmè Amidala.

However, this was a ruse to coax Anakin into embracing the dark side. When Skywalker fell, Darth Sidious moved forward in his plan to take over the galaxy.

The first female Sith Lord on this list, Phobos’ compelling backstory is fleshed out in Star Wars Legends when she killed her Sith peers and founded a religious cult situated around herself.

Nicknamed “The Hidden Fear,” Phobos and her cult attacked Sith as often as they attacked Jedi during her lifetime.

She became so ruthless, the Jedi and Sith were forced to face this common enemy to kill her. Like many Sith Lords on this list, Phobos became a member of Canon when the 39th Sith Legion named themselves after her.

Obsessed with immortality, Darth Plagueis studied ways to manipulate midi-chlorians to allow one to live forever. Given his obsession, Plagueis further wished to end Darth Bane’s Rule of Two.

Plagueis found a willing apprentice named Sheev Palpatine, a boy who read the Sith Doctrine and found himself obsessed with this ancient order.

Despite his brilliance, Darth Plagueis underestimated his apprentice, who killed him in his sleep. In Revenge of the Sith, Palpatine relays the tragedy of Darth Plagueis to Anakin Skywalker.

Another Sith Lord from Legends that became canonized in The Rise of Skywalker when the 44th Sith Legion bore his name, Desolous was once a respected Jedi Master.

However, his growing interest in studying Sith teachings caused strife within the Order and the Jedi banished him. Perturbed by his expulsion, Desolous vowed to exert revenge on the Jedi and trained an army to accomplish his goal.

While the Jedi killed Desolous during an intense battle on Yaga Minor, he still slaughtered almost 2,000 from the Order.

More commonly known as Count Dooku, Darth Tyranus was once a well-respected member of the Jedi Order. 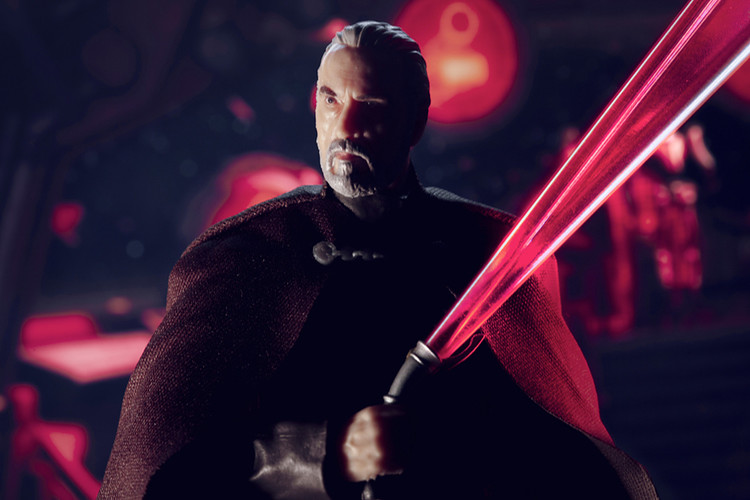 He served under Yoda and later became Qui-Gon Jinn’s master. Dooku also became well-respected enough to earn a seat on the High Council.

However, Dooku became disillusioned with the Jedi and left the Order to become a Count on his home planet of Serenno.

While on Serenno, Darth Sidious visited and recruited him to lead a Separatist movement that would later ignite the Clone Wars.

Eventually, Dooku wore out his welcome in the Sith Order, and Darth Sidious sought to replace him with Anakin Skywalker. In fact, Sidious, as Palpatine, ordered a hesitant Skywalker to kill Dooku.

Best known as Darth Plagueis’ master, Tenebrous is yet another character from Star Wars Legends that made his way into Canon as one of the Sith Trooper legions bore his name.

Tenebrous, like Plagueis and Sidious, lived a double life, going by the name Rugess Nome. Also like Plagueis, Tenebrous had a scientific mindset. He believed science was the answer to controlling the future and the Force.

When Plagueis betrayed and killed him, Tenebrous possessed his former apprentice. This allowed him to gain foresight into Plagueis’ future.

What he saw terrified him more than death itself, as it comprised a young boy shrouded in mystery that would bring the rise and eventual fall of the Sith Order.

He also foresaw this boy killing Darth Plagueis in the process. His vision became a reality sometime before 32 BBY when that boy, Sheev Palpatine, grew into a powerful Sith Lord and killed Plagueis. 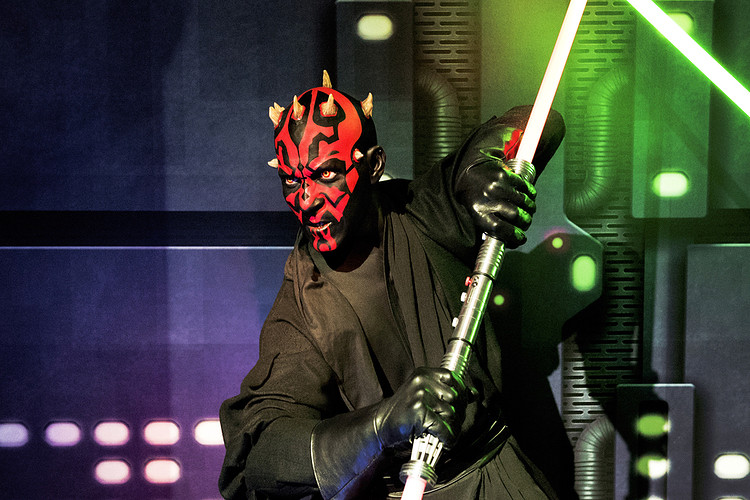 The Sith Lord’s double-bladed lightsaber was perhaps the most distinguished relic in The Phantom Menace.

He worked as Darth Sidious’s assassin, following orders to kill Qui-Gon Jinn, Obi-Wan Kenobi, and to capture Queen Amidala. However, the Zabrak could not overcome Kenobi during his climactic lightsaber duel and was seemingly killed.

Given his deep connection to the dark side, Maul used his anger and hatred toward Kenobi to survive, despite the Jedi Padawan slicing him in half. He later sought revenge on Kenobi, but he also wanted to get back at Darth Sidious for abandoning him in favor of Dooku.

Known for his yellow Force lightning, Darth Momin debuted in Darth Vader: Dark Lord of the Sith comics. A definite sadist, Momin discovered how to slow time down and force victims to perpetually relive their worst moments.

Before his discovery, Momin was focused on transferring his Force lightning into an engine, which would give him enough power to dismantle a city.

Momin often clashed with his master, Darth Shaa, eventually killing her given their irreparable philosophical differences.

The Sith Lord’s reign of power did not last long. The Jedi caught up to and killed him. Even more unfortunate for Momin is that his essence remained stuck in his trademark mask.

Bane’s Rule of Two kicked off a 1,000-year effort to bring the Jedi Order and Galactic Republic to its knees. The Dark Lord of the Sith realized that, if the Sith Order were to overtake the Jedi, that they would need to operate in secret.

Why Darth Bane Established the Rule of Two

He also knew power attracted Force-sensitives to the Sith, and therefore his Rule of Two required one master who embodied power and one apprentice who craved power.

Darth Bane knew that, if the apprentice killed their master, the Sith Order would grow stronger throughout the millenniums.

For years, Bane was considered part of Star Wars Legends, or the Expanded Universe (EU). However, in The Clone Wars, Yoda traveled to Morabound and interacted with Bane’s spector, shifting him over to Canon.

In 3996 BBY, Exar Kun ignited the Great Sith War and during that time, he invented the famous double-bladed lightsaber.

Once a staunch Jedi, Kun left the Order and came across the spirits of Freedon Nadd and Marka Ragnos.

Nadd coerced Kun into joining the dark side while Ragnos led Kun to believe he would someday rule as Dark Lord of the Sith.

Kun later led an attack on Coruscant comprising soldiers from the Sith, Mandalorians, and Krath Cult.

His apprentice, Qel-Droma, was also part of the attack. However, after they appeared to be on the verge of victory, Qel-Droma betrayed and killed Kun.

Despite his death, Kun used Sith magic to separate his spirit from his body on Yavin 4. He remained on the planet until Luke Skywalker and his pupils expelled Kun’s spirit from the planet.

The Rise of Skywalker’s junior novelization shifted Sadow from Legends to Canon. When Kylo Ren entered the Sith Citadel on Exegol, he saw Sadow’s statue standing among those of several ancient Sith Lords.

While we know little of Sadow in Canon, Legends tells us he came from the planet Ziost and was part of the original Sith Empire. He often clashed with, fought, and defeated Sith rivals.

As Dark Lord of the Sith, Sadow is often credited with igniting the Great Hyperspace War. And despite early advantages, the Galactic Republic eventually regained control and forced Sadow to retreat to Yavin 4, where he met his death 600 years later.

One of Star Wars Canon’s most obscure Sith Lords, it is long believed Darth Andeddu first used the term “Darth,” and that he discovered how to transfer essence after death.

Despite the mystery surrounding Darth Andeddu, his name was lent to the 5th Sith Trooper Legion, which canonized him. Another Canon reference includes mentions in The Rise of Skywalker visual dictionary, and Star Wars Adventures: Return to Vader’s Castle 2.

Another Sith Lord who became part of Canon thanks to a Sith Trooper Legion using her name, she is credited with creating one of the most notorious superweapons in the franchise.

The weapon was responsible for the Great Scourge of Malachor, which killed every Jedi and Sith stationed in the weapon’s range. The kyber-powered weapon also made an appearance in Star Wars Rebels.