In 19 BBY, Barriss Offee, fed up with the Jedi Order’s role in the Clone Wars, bombed the Jedi Temple, resulting in multiple casualties. She framed her best friend, Ahsoka Tano, prompting a high-stakes court hearing. Although proven innocent, Tano left the Order.

Ahsoka, with little trust left in herself and having lost faith in the Jedi Order, pursued a new beginning. However, she wouldn’t spend too much time away from the Order, returning for the Siege of Mandalore.

Unfortunately, she was forced to flee shortly thereafter, given the fall of the Jedi Order following Order 66.

When Does Ahsoka Leave the Jedi Order? 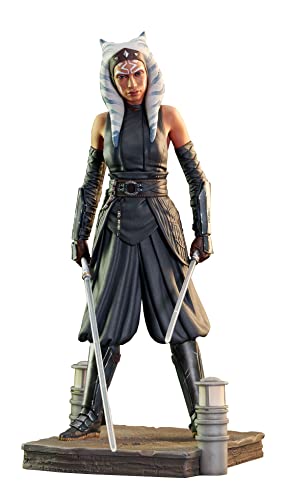 Ahsoka left the Jedi Order in 19 BBY following her acquittal of bombing the Jedi Temple on Coruscant. Her Master, Anakin Skywalker, pleaded for her to stay, citing that he believed her the entire time and fought to clear her name.

However, she ultimately ventured out on her own. And while it disappointed Anakin to see her leave, he understood why she left, having seriously considered doing so during his days as a Padawan under Obi-Wan Kenobi.

Why Did Ahsoka Tano Leave the Jedi Order?

Ahsoka left the Jedi Order because they wrongfully accused her of bombing the Jedi Temple. If you have never seen The Clone Wars nor have read about them, below is a condensed version of the events:

Ahsoka’s best friend, Barriss Offee, believed their role in the Clone Wars corrupted the Jedi Order. Rather than embracing peace, Offee stated the Order embraced violence and was ultimately responsible for the war’s escalation. 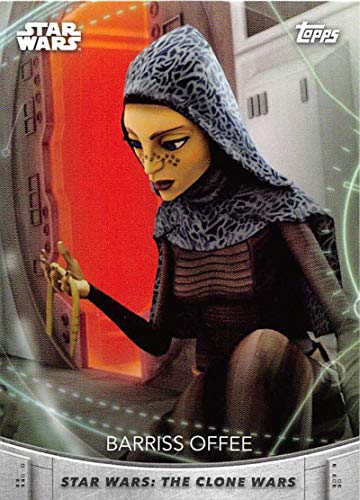 Because of this, Offee wanted to hold the Order accountable and concocted a scheme to carry out a terrorist attack on the Jedi Temple.

Offee justified her actions during her confession by stating, “My attack on the temple was what the Jedi have become, an army fighting for the dark side.”

Upon returning from Cato Neimoidia to investigate the crime scene, Jedi Master Mace Windu warned Ahsoka and Anakin that a Jedi could have carried out the attack. Anakin agreed, stating, “there will be a Jedi who disappoints.”

Their findings led them to Letta Turmond, who they believed turned her husband, Temple worker Jackar Bowmani, into a living bomb via nano-droids. Ahsoka went to interview Turmond; however, Offee stepped in and killed the woman with a Force choke, framing Tano for the crime.

When clone troopers saw what looked like Ahsoka using the Force choke, they arrested and incarcerated her. Ahsoka wouldn’t spend much time in prison. She located a key card and freed herself, believing Anakin, who visited her and knew she was innocent, left the card.

However, Offee further framed Ahsoka, killing nearby clone troopers while leaving Tano’s lightsabers in the vicinity. To avoid getting caught, Ahsoka fled with several clone troopers in pursuit.

Anakin caught up to Ahsoka and tried to convince her to return so they could prove her innocence, but she was unwilling to stand trial for a crime she didn’t commit. Ahsoka jumped into the Coruscant Underworld before contacting Offee, still believing her to be a friend.

Staying Hidden in the Underworld

Upon contact, Offee “promised” to help prove her innocence. Ahsoka acquired a disguise, boarded a train, and fought off Coruscant Underworld police before Asajj Ventress attacked her.

Despite their history, Ahsoka convinced Ventress to team up with her and check out a warehouse where Offee alleged Turmond received nano-droids she’d fed to her husband.

Following an attack from shock troopers, Ventress left Ahsoka to fend for herself in the warehouse.

A disguised Offee attacked Ahsoka, and just a short time later, shock trooper Commander Wolfe arrived, stunned Ahsoka, and returned her to the Jedi Council. Expelled from the Order for her latest actions, Ahsoka was forced into a military trial.

Anakin Skywalker knew Ahsoka was innocent the entire time since she was with him providing defense on Cato Neimoidia. Connectinng the dots, he confronted Offee during Ahsoka’s trial in which the prosecution lobbied for the death penalty if convicted.

Initially in denial, Offee dueled Anakin, only for Temple guards to interfere and outnumber her. Reluctantly, she surrendered and admitted the truth, accusing the Jedi of becoming villains in the Clone Wars.

Following her acquittal, the Jedi agreed Ahsoka had been through enough and that her ordeal stood as a Jedi trial. They apologized, offered to bring her back into the Order, and to promote her to Jedi Knight.

Instead of taking the promotion, she left the Order, citing she could no longer trust herself if the Council could not trust her. By leaving the Order, it allowed Ahsoka to pursue a new purpose.

How long was Ahsoka Gone From the Jedi Order?

During the Siege, she confronted and captured Darth Maul, who revealed Darth Sidious had targeted Anakin to become his new apprentice. He offered to join forces with Ahsoka to prevent this, but she refused to believe him, despite sensing Anakin was in trouble.

Maul’s revelation became a reality as Anakin fell to the dark side after he betrayed Mace Windu, and Sidious ordered Order 66. This caused her clone troopers to turn on her, but manages to remove the chip from one of them, 332nd Company Commander Rex.

After freeing Darth Maul to cause a distraction, she and crash land on an unidentified moon, where Ahsoka gets rid of one lightsaber before she and Rex depart.