So why does Ahsoka wield a yellow-green lightsaber?

Ahsoka wields two lightsabers. Her primary lightsaber is a traditional green color, and it is her second lightsaber, or shoto (short) lightsaber, that is a yellow-green color. These blades get their color from the kyber crystals used in their construction. Each kyber crystal is attuned to Ahsoka, and the resulting color is a reflection of her connection with the force.

Why does Ahsoka Have a Yellow-Green Lightsaber? 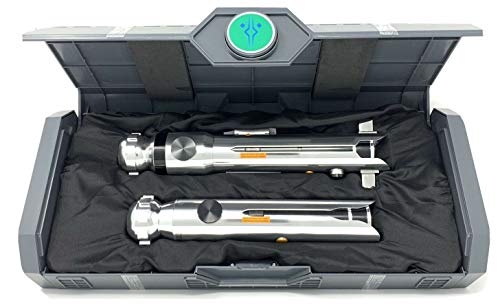 Ahsoka wields two lightsabers. Her first lightsaber, her primary, is a green blade that she built as a Padawan. The second, shorter lightsaber, she built later when she took up the lightsaber combat form known as Jar’Kai. This form is designed for use with two or more lightsabers. For example, an alien species that has four arms could wield four lightsabers in the Jar’Kai style.

This multiple-blade-wielding style makes Ahsoka a formidable opponent, setting her apart from her other Jedi brethren. Further setting her apart is the fact that her two lightsabers are not exactly the same color. To understand why this is so unusual, it is important to know how a lightsaber gets its color.

What gives a lightsaber its color 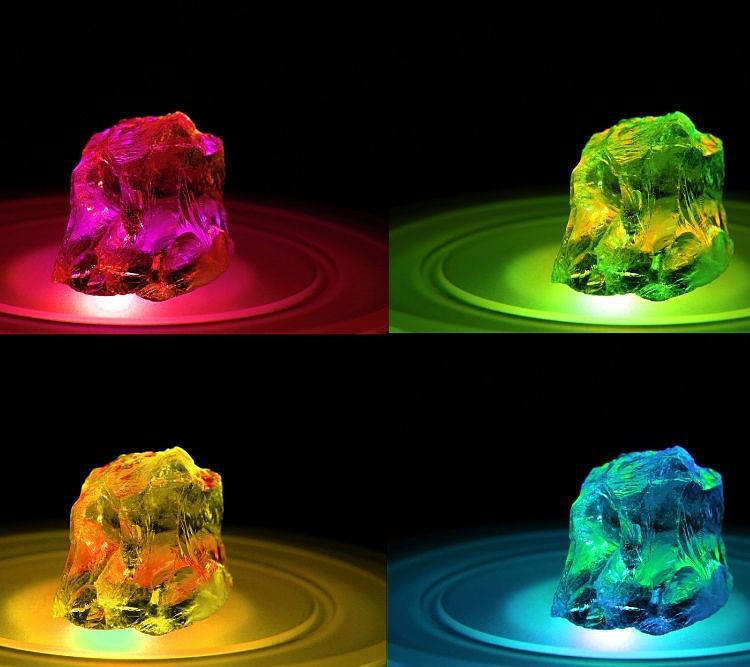 The thing that gives all lightsabers their unique color, Sith blades included, is a kyber crystal. A kyber crystal is a force-sensitive crystal that starts out colorless. When a Padawan (or Jedi) is ready to construct their lightsaber, they must enter a cave where the crystals grow.

They do not simply pick a crystal, they endure a trial and when successful, a kyber crystal chooses them. Once a kyber crystal has chosen a Padawan (or older Jedi) it aligns or attunes itself to that person, taking on a new unique color that reflects that person’s connection with the force.

Even though a Jedi may end up constructing more than one lightsaber in their lifetime, (i.e. lightsaber gets lost or destroyed during battle), the color of any subsequent kyber crystals they obtain will usually be the same as the first.

Where did Ahsoka get her kyber crystals?

Like many Jedi and Padawan learners, Ahsoka obtained her first kyber crystal during a Gathering expedition with other younglings from the Jedi Academy. And at the end of her trial, she is presented with a green crystal (that has chosen her).

Later, when she decides to take up the Jar’Kai style of lightsaber combat, she journeys back to Ilum on her own to procure a new crystal. This second crystal was a slightly different shade from her first one, indicating that there had been a fundamental change within her that had altered her relationship with the force.

What does a green lightsaber mean?

At the core, the color green is a direct reflection of Ahsoka’s connection with the force. More specifically, it can be difficult to pin down exactly what the color of her blades means. Current Star Wars canon has mostly left the meaning of lightsaber colors a mystery.

Star Wars Legacy or Legends (the stuff removed from canon ahead of the Force Awakens release) does detail the meaning of the various colors of lightsabers. In Legends, blade colors originally designated Jedi class.

Perhaps these descriptions, even though they are no longer canon, can give us a window into why Ahsoka’s second lightsaber is a different color than her first. Maybe the yellow-green indicates that at heart she was moving away from a scholarly approach to the force and more towards a combat focus.

How did Ahsoka lose her green lightsaber?

Throughout the course of her life, Ahsoka was separated from her lightsabers many times.  Sometimes this separation was intentional, for instance leaving her lightsabers behind for a mission, and other times Ahsoka lost her blades because they were stolen or she was defeated in combat.

While this losing and regaining of a lightsaber is not uncommon for a Jedi, there were two significant times in Ahsoka’s life when the lightsabers she regained were fundamentally changed.

During the Clone Wars, Ahsoka was framed by Barriss Offee for the bombing of a hangar at the Jedi Temple. When she was arrested, the Jedi Order confiscated her lightsabers.

After some in-depth investigative work by her master, Anakin Skywalker, she was later cleared of all charges, but she initially chose not to return to the Jedi and thereby left her lightsabers with them.

While she did rejoin with Jedi later in a siege of Mandalore to overthrow Darth Maul, the lightsabers Anakin gave back to her were radically changed; they were now blue.

The likely reason for this has to do with Anakin himself. The blade Anakin wields (at least until he becomes a Sith) is bright blue. This color is a reflection of his connection with the force.

While Ahsoka was gone from the Jedi Order, Anakin kept her lightsabers close. In tinkering with Ahsoka’s blades as he kept watch over them, he likely realigned the kyber crystals within them to be more in tune with himself. There is no way of knowing if he did this intentionally or if this was just a coincidence.

When her master fell to the dark side and Order 66 was enacted, Ahsoka was escorting Darth Maul to Coruscant. When the order came down, the Clone troops aboard the ship she was on turned against her.

After bringing Captain Rex back to her side and freeing Darth Maul from his cell, her escape ended with the ship crashing into a moon, killing all aboard save for Ahsoka, Rex, and Maul.

Ahsoka, upset at the turn of events, chose to leave her lightsabers behind at a Memorial she helped Captain Rex build for the fallen clone troopers. By leaving her lightsabers at the site, she convinced the Sith/Empire that she had perished in the crash.

Later, when she chooses to take up the fight again, she constructs two new lightsabers. These lightsabers glow pure white. As the Sith had overrun the crystal caves on Ilum, Ahsoka was forced to use kyber crystals she had taken off of the Sith Inquisitor known as the Sixth Brother.

Ahsoka was able to cleanse these corrupt crystals, changing them from the blood-red of the Sith, into a purified white. This is the only known case of this happening in the Star Wars universe.

This indicates that Ahsoka’s connection to the force has dramatically changed from her initial days as a Padawan and building her first, green, lightsaber.

The reason for the difference in the color of the blades has to do with the development of Ahsoka as an individual and her connection with the force.

Ahsoka then briefly wields these two blades in a blue color after her master Anakin Skywalker tweaks them. These lightsabers are then abandoned at a memorial as a way to help her fake her own death after Order 66 was enacted.

In the final chapter of her life, Ahsoka builds two new lightsabers, ones that feature bright white blades from kyber crystals she took off a Sith and then purified. Whether Ahsoka wields these blades to her death, we do not yet know. Thanks to the Mandalorian, she is still very much alive in the Star Wars universe.