The Sith are the polar opposites of the Jedi. Apart from being on opposing sides of the force, the two live by varying codes.

The Jedi Code teaches them that they always need to be at peace.

Therefore, the Jedi are not allowed to form any attachments or hold on to any emotions as it is believed that it would disrupt their peace. Consequently, the Jedi trusted that if that peace was disturbed, they would be drawn to the dark side of the Force.

On the other hand, the Sith Code teaches them that there is no such thing as peace; there is only passion. Passion would lead to strength, strength to power and that power would lead to the Sith’s victory over the galaxy. 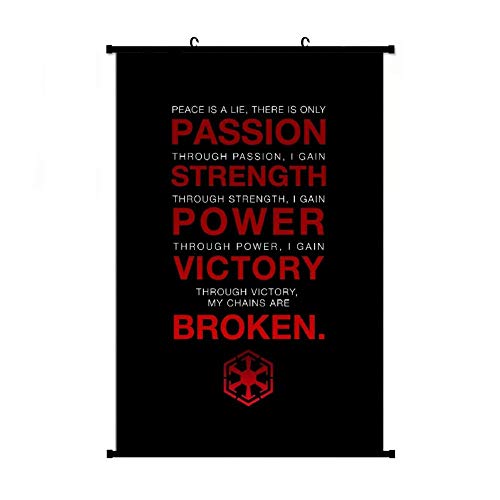 Because the Sith do not adhere to the Jedi’s same moral compass, they can do certain things that the Jedi could not.

This begs the question, can the Sith fall in love? Can they get married? These questions and more will be answered throughout this article.

Can Sith Fall in Love?

Unlike the Jedi, the Sith are technically allowed to do whatever they want to do. This includes feeling emotions.

As a matter of fact, the Sith embrace any emotions they feel and use them as fuel to achieve their goal of ultimate power.

However, it’s a bit different where love is concerned. Love is one of the most complex, beautiful, gut-wrenchingly painful things in life, and in the Star Wars universe, it’s no different.

The Jedi feared the more selfish parts of love, which involved attachments and jealousy, whereas the Sith were wary of the selfless aspect of love.

The part that involved doing anything to protect someone, even if it means risking your own life and happiness. Thus, the Sith understandably viewed love as a weakness.

What was the SITH view on Romantic Attachments? - Were they Stricter than the Jedi?

This thought process is slightly contradictory to their philosophy, as love itself is one of the most passionate feelings there is. Still, they believe that by falling in love, a Sith can begin to make decisions for their own personal gain rather than that of the Sith Order.

Hence, even though the Sith could fall in love, it was an unspoken rule that they would not.

Can Sith Get Married?

When it came to marriage, the Sith were free to do so if they wanted to. But given how they felt about love, their marriages were more tactical than anything else.

On paper, a Sith’s marriage would be something that works against the goals of the Order. It could mean they’re getting soft, as they most likely care deeply for their significant other.

Still, if we think about this in a logical sense, a Sith getting married would work out in their favor. This is because marriage does not only come with positive emotions, but there can be moments of hurt and despair, which can be a part of the passion the Sith Code speaks of.

If a Jedi were to kill a Sith’s significant other, this could be the thing to take their anger from merely being a Sith-mandated emotion, to being ready to kill anyone and everyone for hurting the person they loved.

Which would theoretically push that Sith further to the dark side, and by extension, closer to the Sith Order’s goals.

One Sith who seems to fit into this theory would be Darth Malgus. He appeared to adore and care for his wife, Eleena Daru. That was until he realized that she was his ultimate weakness.

She was the one thing that could be used to bring him down. Therefore, to prevent Eleena from being a liability to him, Malgus murdered her.

Naturally, after losing the love of his life by his own hands, Darth Malgus was emotionally distraught. The memories of his wife and the time they shared constantly flooded his mind.

This, in turn, was not a bad thing for the Sith. Having killed his wife caused Malgus to be overcome by feelings of guilt and hatred for what he had done. He became filled with regret and blinding rage, which is a perfect cocktail of negative emotions to make him a stronger Sith.

Do The Sith Have Children?

Although they could, the Sith usually did not opt to have children.

It is speculated that this is because the Sith would not be able to control how powerful their children would be. In addition, it is likely that the Sith could not control their children’s force sensitivity.

This is why, rather than having children whose Force-sensitivity is not guaranteed, the Sith preferred to pick someone who was already established as being Force-sensitive.

There are a few Sith who had children, and these children were bred solely to serve the Galactic Empire.

One such family was the descendants of Darth Wyyrlok. This family carried on for four generations, and their job was to be in servitude to Darth Krayt.

To that end, the Banite Sith didn’t use children as their apprentices at all.

This is because they found it to be in their best interest to indoctrinate people who had already been through the hardships of life. These were the people who had the most rage and hatred to give.

What Are the Sith Not Allowed to do?

Setting aside the fact that the Sith were not allowed to have more than one apprentice, as per the Rule of Two, as well as not being able to find their own Kyber Crystals, the Sith were generally allowed to do anything else they wanted.

Placing extensive, written restrictions on them would contradict the Sith’s free way of life. However, there were things that the Sith knew they should not be doing and generally shied away from.

Apart from not wanting to love, what are some of the things that the Sith did not do?

Well, in the general scheme of things, the Sith are to stay away from anything that would weaken their power, which includes selflessness. Furthermore, the Sith must not engage in treason.

This would lead to internal chaos, which is never needed. As bad as the Sith may seem, they do work as a cohesive unit and believe in their togetherness.

And as a general rule of thumb, the Sith did not believe in having morals or anything else that would soften their hearts. That is more of a Jedi thing to do.

The Sith Code: History and Ideology

The Sith are one of the most impressive organizations in the galaxy. Their philosophy of using passion to propel them towards ultimate power is an intriguing and refreshing change to the Jedi’s clear avoidance of the topic.

Still, even though they believe in passion, the Sith do tend to avoid falling in love and getting married, because they view significant others as liabilities.

As for the love aspect of things, the Sith saw this as a weakness that would divert them from their path towards galactic domination.

Nevertheless, there weren’t a lot of things that the Sith were prohibited from doing. For that reason, all the things the Sith opted out of doing were either because it was an unwritten rule or they simply chose not to do it.