You may know that several characters in Star Wars know that Anakin Skywalker is Darth Vader. One of Anakin’s closest friends during The Clone Wars, Captain Rex, may have also known about Vader’s true identity as Anakin.

Captain Rex may have known that Anakin became Vader. However, it is not the most well-kept secret, as plenty of main characters from Star Wars knew that Anakin was Darth Vader, with one particular character having made the connection themselves.

At the very least, Captain Rex, known by the end of The Clone Wars as Commander Rex, may have suspected that Anakin became Vader. This is because Ahsoka, following her capture of Maul, repeated to Rex everything the former Sith Lord told her.

The most striking piece of information was that Chancellor Palpatine was Darth Sidious and that he had manipulated the Republic to his will. Further, Ahsoka revealed that Palpatine was training an apprentice that would betray the Jedi.

However, neither Rex nor Ahsoka were willing to process such a betrayal. It was clear that, when Maul stated this fact, she did not believe him. Or at least she did not want to believe him.

This led to a possible suspicion that Rex knew Anakin was Vader, but it wasn’t until a decade later in 9 BBY that we receive more insight. In Rebels: Season Two, Ahsoka and Rex reunited. It was also during this time that Ahsoka sensed Darth Vader could be Anakin.

These senses came to a forefront in a duel between Ahsoka and Vader when she caught a firsthand look at Anakin’s mutilated face behind Darth Vader’s mask. However, it was never mentioned whether Ahsoka told Rex the truth about Anakin.

Therefore, while Ahsoka told Rex about a Jedi betraying the Republic in The Clone Wars, it is unclear whether she said anything to Rex in Rebels. Screen Rant believes that, if Ahsoka said anything to anyone, it would have been Bail Organa.

Did Rex Know About Anakin And Padme?

Since the Jedi Code forbids marriage, except under special circumstances, very few Jedi or those in the Grand Army of the Republic knew about Anakin and Padme. Captain Rex was one of those few, along with Obi-Wan, Palpatine, and Ahsoka.

So how did Rex come to know about Anakin and Padme? While we don’t know exactly how he found out, we do know that in Season Seven, Episode Two of The Clone Wars, entitled A Distant Echo, Anakin asked Rex for help in secretly contacting Padme.

This occurred prior to their mission on Skako Minor, when Anakin insisted to Rex that he needed to take care of something. Rex gave Anakin his helmet and stood outside the barracks while Anakin went inside to contact Padme.

Rex also proved his loyalty to Anakin regarding the latter’s relationship with Padme at that moment. Not long after, Obi-Wan arrived and tried to enter the barracks while Rex tried to dissuade the Jedi Master from doing so.

Following Anakin’s conversation with Padme, he exits the barracks, to which Obi-Wan states, “I hope you at least told Padme I said hello,” with Rex in the vicinity. This further confirmed Rex knew about Anakin and Padme.

Who Knew That Darth Vader Was Anakin Skywalker? 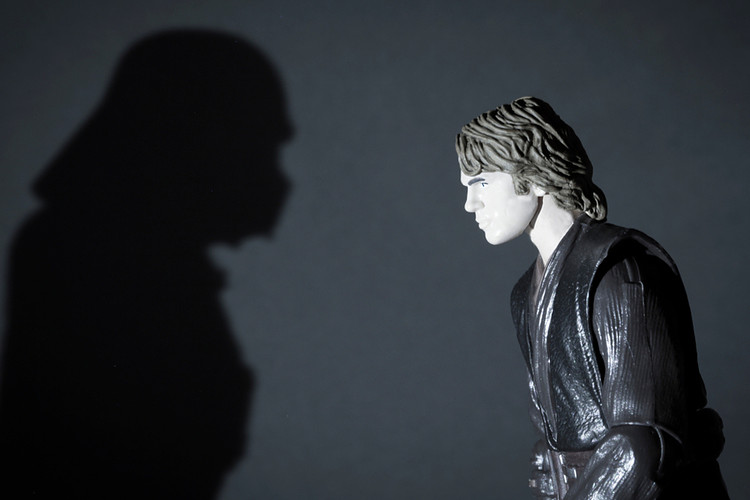 While most of the galaxy did not connect Darth Vader to Anakin Skywalker, a few notable characters in the Star Wars Universe did realize Vader was Anakin. They either knew this organically, or they discovered the unfortunate truth through another.

Here is a list of Star Wars characters who knew Anakin Skywalker was Darth Vader. 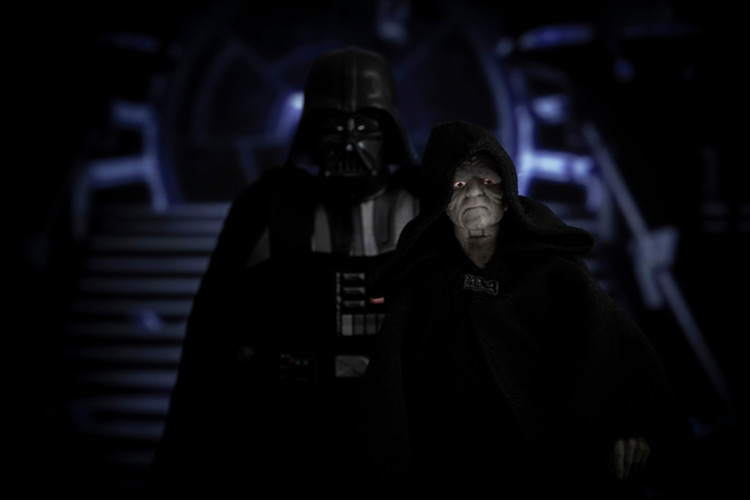 We will start with the obvious character that knew Vader was Anakin: Darth Sidious. The Dark Lord of the Sith had targeted Anakin to become his apprentice following Count Dooku’s death at the hands of Skywalker himself.

Sidious, as Chancellor Palpatine, also presented himself as a father figure to Anakin, something the Jedi Knight had lacked since Qui-Gon Jinn’s death during the climax of The Phantom Menace in 32 BBY.

Palpatine also knew of Anakin’s fear of losing his wife, Padme Amidala, in childbirth. Therefore, Palpatine’s influence led Anakin into falling to the dark side to save Padme.

While this was nothing more than a ruse to win Anakin’s allegiance, Darth Sidious succeeded in brainwashing Anakin into believing the dark side could save those the Jedi Knight loved from death. Padme died anyway, and Vader, in his familiar black suit, remained Sidious’s apprentice. 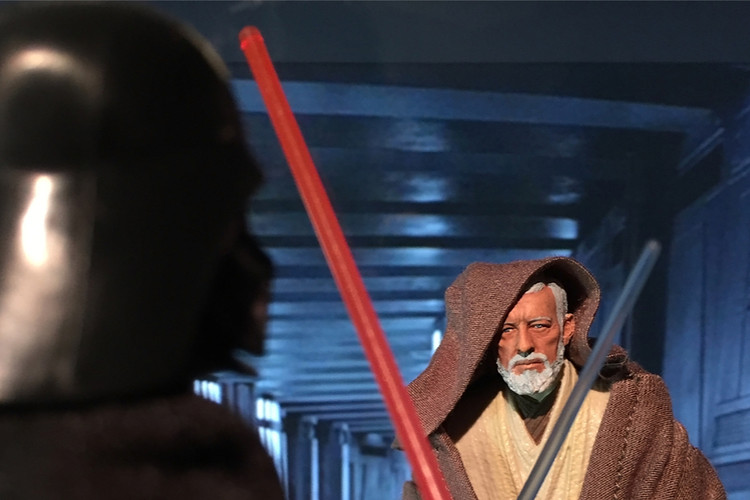 Following the duel on Mustafar, Kenobi went into exile to watch over Anakin’s son, Luke Skywalker. However, Vader survived his injuries and began wreaking havoc across the galaxy, leading his Inquisitors into searching for Order 66 survivors. And that included Obi-Wan.

In the miniseries, Obi-Wan Kenobi, the former Jedi Master realizes Anakin is still alive during a confrontation with Reva, also known as Third Sister. When she utters “Lord Vader,” the look on Obi-Wan’s face reveals how shocked he was that Anakin was still alive.

Yoda first mentions that Anakin Skywalker is Darth Vader when Luke presses the issue onto him in Return of the Jedi. The former Jedi Grand Master had known about Anakin’s rechristening as Darth Vader since Revenge of the Sith, when he and Obi-Wan visited the Jedi Temple following Order 66.

When Obi-Wan could not agree to confront and kill Anakin because the fallen Jedi Knight was like a brother to Kenobi, Yoda responded that Anakin had been consumed by Darth Vader and that the boy Obi-Wan had trained was no longer there. 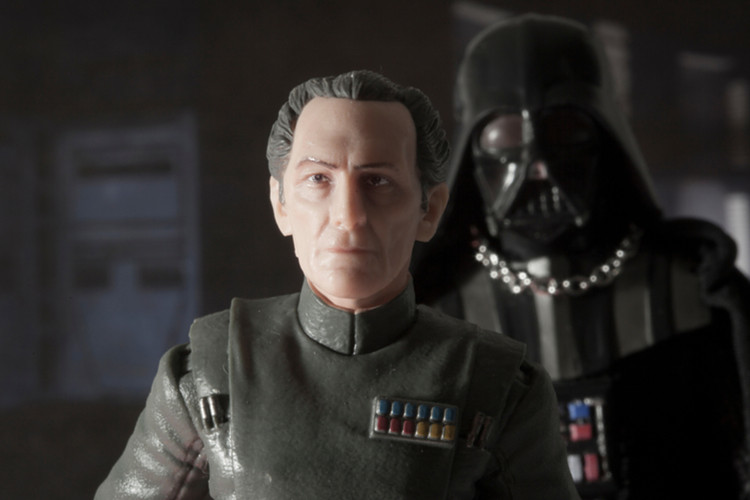 While this is not revealed in the films, you will find evidence that Grand Moff Tarkin knew that Anakin was Darth Vader in the Star Wars novelization. There is a passage in the novel in which Tarkin uses the process of elimination to deduce that Vader and Anakin are the same guy.

This deduction was made because Grand Moff Tarkin had known Anakin during the Clone Wars. He found striking similarities between Anakin and Vader, and it told Tarkin all he needed to know.

Toward the end of Revenge of the Sith, Bail Organa placed R2-D2 and C-3PO in Raymus Antilles’ care. Organa ordered Antilles to wipe C-3PO’s memory, but he spared R2-D2’s, allowing the latter to retain the information that Anakin Skywalker was Darth Vader.

Next to Obi-Wan, perhaps no other character was closer to Anakin Skywalker than Ahsoka Tano, who served as the fallen Jedi Knight’s padawan.

While Tano sensed something was troubling Anakin shortly before his fall to the dark side, it wasn’t until Star Wars Rebels that Tano finally got confirmation during a duel against Vader.

In the scene, Tano calls Vader by his former name, and promises she would never leave him again. Vader responds that Tano would die, and he proceeds to continue his duel with her. Before their duel in Rebels, Tano did suspect that Anakin was Darth Vader.

Reva, or Third Sister, also knew that Anakin was Darth Vader. In the miniseries Obi-Wan Kenobi, Reva becomes so obsessed with killing Kenobi that she even hired bounty hunters to kidnap Princess Leia Organa in an attempt to lure the ex-Jedi Master out of hiding.

Luke reluctantly accepted the fact that Vader was his father, but he did not know Vader’s true identity until Return of the Jedi.

Toward the film’s climax, Luke further accepted that Vader was also the former Jedi Knight, Anakin Skywalker. During the scene, Vader angrily reprimands Luke, insisting that his former name means nothing to him.

Luke is also responsible for ultimately redeeming Vader, thanks to the latter’s sacrifice during the Battle of Endor, in which he tosses Emperor Palpatine into a reactor shaft. This not only redeemed Vader, but it also allowed him to bring balance to the Force.