You may be wondering whether Darth Vader is going to make an appearance in The Mandalorian.

Vader, one of the most powerful Force-sensitives to ever master the dark side of the Force, has cheated death numerous times. But did he make it to the time the events of The Mandalorian took place in 9 ABY.

Darth Vader, previously known as Anakin Skywalker, had a strong connection to the Force.

While he nearly met his death at the hands of Obi-Wan Kenobi in 19 BBY, Vader lived another 25 years before he redeemed himself in 4 ABY during the Battle of Endor.

Darth Vader was one of the faces of the Galactic Civil War that ended in 4 ABY when he threw Darth Sidious into a reactor shaft, leading to the latter’s death.

However, Vader, now known once again as Anakin Skywalker, also succumbed to his own injuries.

Since The Mandalorian takes place in 9 ABY, Darth Vader is not alive during this time period.

Yet during the time The Mandalorian takes place, his grandson, Ben Solo, was beginning to hear voices. Voices that would lead Solo to the dark side and ultimately, to idoling Darth Vader.

Is Luke Skywalker Alive During The Mandalorian?

Had Vader not sacrificed himself during the Battle of Endor, Luke would have ultimately died from Darth Sidious’ Force lightning. But Luke survived and proceeded to find ways to reform the Jedi Order. 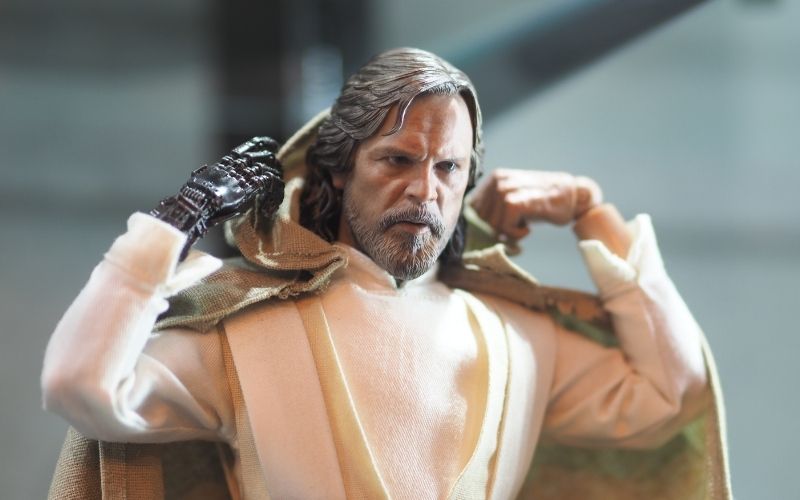 Since we meet Luke Skywalker at the end of The Force Awakens in 34 ABY, he is alive during The Mandalorian.

He even takes a young Grogu in for Jedi training during the events of the spin-off series, The Book of Boba Fett, in 9 ABY.

Yet when it appears Grogu is not taking his Jedi training seriously enough, Luke grants the child an ultimatum. Mandalorian armor or Yoda’s lightsaber. Grogu chooses the armor and sets off to rejoin his father figure, Din Djarin.

During The Mandalorian and The Book of Boba Fett, Luke spends his time rebuilding the Jedi Order.

And by the time The Force Awakens rolls around 25 years later, Luke is in exile, bent on seeing the Jedi Order end for good.This occurred after his nephew, Ben Solo, led an attack that killed Luke’s students.

What Jedi/Sith Are Alive in The Mandalorian?

Since The Mandalorian takes place in 9 ABY, there are still very few Jedi and even fewer Sith left. The list below depicts the Jedi and Sith that are known, and not speculated to be alive in 9 ABY.

Unknown to Vader, Sidious figured out how to transfer his consciousness into a clone on the planet Exegol. A world Sith cultists inhabited and a place he studied immortality.

But Darth Sidious’ efforts did not come with ease, as the clone body was not strong enough to hold, forcing the cultists to create more clones.

Enter Snoke, who could act as Darth Sidious’ proxy years later during the events of The Force Awakens.

The Connection Between Snoke and Sidious

It was through Snoke that Ben Solo betrayed the light side and leaned toward the dark side.

Sidious needed a stronger vessel than his own cloned body, which is where Rey would come in.

So during the events of The Mandalorian, Darth Sidious was still on Exegol, his consciousness residing in a decaying cloned body while he awaited his perfect vessel.

One of the heroes in The Clone Wars, Ahsoka Tano left the Jedi Order during the events of the hit TV series. However, she did, in a manner of speaking, return to the Jedi Order to aid them in the Siege of Mandalore.

Tano survived Order 66 and the Galactic Civil War despite a few close calls along the way. She appears in The Mandalorian when Din Djarin is looking for a mentor for Grogu.

However, Tano senses emotional attachments in Grogu and refuses to train him.

While Ahsoka Tano is no longer a Jedi, given her proclamation in Star Wars Rebels, when she told Darth Vader she was no Jedi. Her white lightsabers further back this point, indicating she is neither Jedi nor Sith.

However, it is interesting that she does not deny being a Jedi in The Mandalorian. And for many fans, if Ahsoka is still wielding her lightsabers and communicating with characters like Grogu through the Force, she is a Jedi.

Leia Organa began training not long after the Battle of Endor, she did not complete her Jedi training. She had a vision of her son, Ben Solo, dying if she completed her training, prompting her to return to the political sphere.

Leia did learn enough that she was able to serve as a mentor to Rey during the events of the sequel trilogy, which take place over two decades later.

During the events of The Mandalorian, Leia is serving as a senator and a mother to Ben Solo, who is four years old in 9 ABY.

What Jedi May Be Alive In The Mandalorian?

You may remember Cal Kestis from Jedi: Fallen Order. We know Kestis survived Order 66 thanks to his master’s sacrifice.

He then joins the rebellion against the Galactic Empire thanks to a confrontation with the Inquisitors. Kestis survived the civil war and is still around in 9 ABY. However, we do not know what Cal Kestis is up to during the events of The Mandalorian.

Cere Junda is another survivor of Order 66, it wasn’t long until she was caught and tortured. However, Junda tapped into the dark side, allowing her to kill and escape her captors.

Cere Junda is another character you will meet in Star Wars: Fallen Order. She tried to restore the Jedi Order along with Cal Kestis. As of 9 ABY, her whereabouts remain unknown. 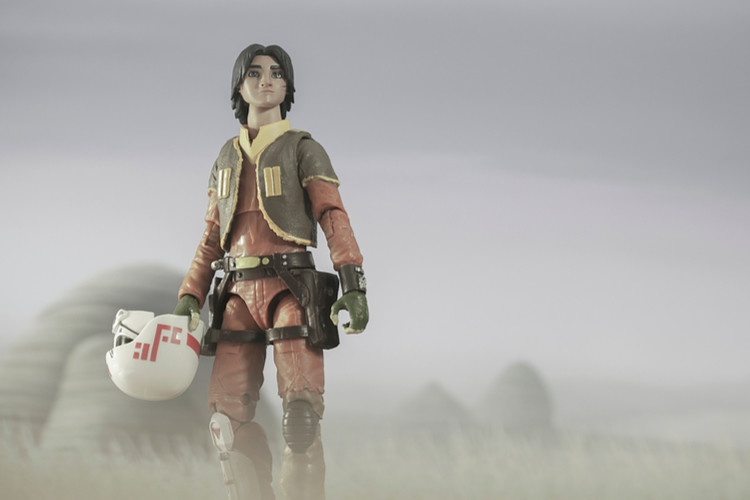 While we do not know whether Ezra is still alive in 9 ABY, we do know Ahsoka Tano teamed up with Sabine Wren to find Ezra after he disappeared in Star Wars Rebels.

This occurred in the series finale of Star Wars Rebels, so it is likely that, five years later, Tano and Wren discovered Ezra’s fate. Tano mentioned the name Grand Admiral Thrawn in Season Two of The Mandalorian, the latter of whom Bridger’s disappearance was linked to.