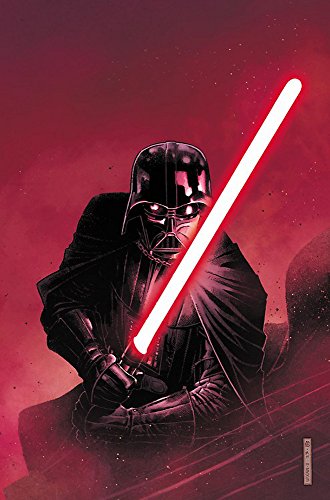 Throughout the course of the Jedi Order and the advent of the Sith, many defined techniques of lightsaber combat were developed. There were seven defined in total, with an eighth using two or more lightsaber blades.

Two of the most common forms to be used against each other were Form 2,  Makashi (muh-KAH-shee), and Form 3,  Soresu (sore-EE-soo). Although Form 2 was used equally between Jedi and Sith, Form 3 was almost exclusively a Jedi fighting style.

This dichotomy led to the two forms being used against each other in a vast number of battles. So what are these forms, how do they measure up, and who uses them?

What is Lightsaber Form 2?

As the name suggests, lightsaber Form 2 is the second form of combat invented by the Jedi. In contrast to other forms, it had an elegant style that focused on one-to-one duels.

Form 2 encouraged the user to add their own personality to the style. This is because the emotions behind the attack were just as important as the technique itself.

By mastering one’s own style of the form, a duelist could change their opponent’s perception of them. Having this level of control over the battle could, in turn, give them a remarkable advantage.

What is Lightsaber Form 3?

Lightsaber Form 3 was invented by the Jedi as a way of countering blasters, which were becoming much more common. It focused more on defense than offense and favored controlled motions.

By limiting the range of motion, users of Form 3 reduced an opponent’s chance to get a solid blow in. Additionally, this restrained form also reduced the amount of area that the user needed to defend. These factors combined made Form 3 a very efficient form of defense.

Unlike Form 2, which was specialized to one-to-one combat, Form 3 was designed with multiple opponents in mind. The controlled style of this form allowed the user to defend against an array of opponents and weapons.

The answer to this question is tricky because a battle isn’t a cut-and-dry comparison of values. But we can at least take a look at some examples of these forms going head to head to get an idea!

A good example of these two forms against each other is the battle between Asajj Ventress (Form 2) and Luminara Unduli (Form 3). Starting out as an even match, the tides quickly turned in  favor of Asajj.

Focusing on defense and waiting for the opponent to make a mistake is a key element to utilizing Form 3. And while Luminara demonstrates an excellent understanding of this, she makes one fatal flaw: Insulting Asajj.

As a user of the Dark Side of the Force, Asajj used her anger to fuel her power in battle! Despite Luminara’s attempts at defense, she quickly became overpowered by the sheer force of Asajj’s use of Form 2.

The Grand Inquisitor vs Kanan Jarrus

One of the most expressive examples of Form 2 and Form 3 are the multiple clashes between the Grand Inquisitor, utilizing Form 2, and Kanan Jarrus, using Form 3.

In their initial battle, the Grand Inquisitor is quick to point out that Kanan, having trained under Jedi Master Depa Billaba, is greatly reliant on the use of Form 3. This allowed him to capitalize on a key part of Form 2, manipulating the opponents emotions  to gain the upper hand.

Despite this, however, the main strength of Form 3 is brought out in their final battle: Defense and patience.

While the Grand Inquisitor was quick to carry out multiple attacks in succession, Kanan kept a level head and continued to defend, only attacking when it was safe to do so. In the end, this led to Kanan having a fatal advantage.

Suffice to say, it’s dependent on the components of an individual battle; More than anything, the users themselves make all the difference.

While Form 3 can best Form 2 by waiting for the right moment, it’s safe to say that it’s not fool-proof. With sufficient power and anger driving a Form 2 attack, even the most calculated Form 3 defense can be overpowered and broken through.

As a form that was made for lightsaber-on-lightsaber combat, there were various  users on both sides of the Force.

One of the most notable users of Form 2 was Count Dooku, later renamed to Darth Tyranus. He showed absolute mastery over this form and would go on to teach other users the style.

While many Jedi went on to adopt Form 3 in order to counter blaster attacks, Dooku held on to his use of Form 2. This often gave him the upper hand as many Jedi were no longer trained to defend against it.

Form 2 did have its drawbacks, though. Since it was focused on careful control and specific movements, Dooku was left vulnerable to attacks that employed brute force. This was shown clearly in his fights against Anakin Skywalker.

Originally a Jedi padawan, Asajj Ventress went on to train under Count Dooku where she learned Form 2 fighting. Although she was a formidable opponent, her use of this style was described by Luminara Unduli as being a poor imitation.

Still, Asajj’s connection to the Dark Side of the Force allowed her to tap into her anger and use one of the most powerful components of Form 2: Using emotion to control the opponent’s perception and, in turn, control the battle itself.

With his name alone being enough to worry a Jedi, the Grand Inquisitor was one of the most powerful foes of the Jedi Order in his lifetime. Not only was he a master of Form 2 fighting, he was also skilled in defending against all seven forms created by the Jedi Order.

The Grand Inquisitor’s unique lightsaber created incredible synergy with Form 2’s focus on personalization. With it, he was capable of switching between one blade, two blades, and even a mechanism that spun the two blades around the hilt of the lightsaber!

As Form 2 also focused on manipulating the components of a battle, the Grand Inquisitor excelled at utilizing the Force to its full potential. He was known to make liberal use of the Force to move his foes and  change the environment to his advantage.

However, he was not without his faults. The Grand Inquisitor was confident and cocky, an asset to using Form 2 and dangerous if gone unchecked. Nothing showcased this more than his eventual death at the hand of Kanan Jarrus.

Still, even as a Force ghost the Grand Inquisitor was a powerful foe! In a later battle with Luke Skywalker he was capable of physically manipulating the environment. Though, in the end, Luke was able to defeat him.

With the rising use of blasters in the galaxy, the Jedi needed to adapt and learn to defend against them. This form was almost exclusively utilized by Jedi.

Even a casual fan of Star Wars will know the name Obi-Wan Kenobi, and for a good reason too! He was one of the most powerful lightsaber-users in the galaxy during his time as a Jedi.

Compared to many others, Obi-Wan truly mastered the use of Form 3 fighting. His level head, knowledge of his opponents, and special focus on defense made him a formidable foe.

The  strong use of Form 3 in particular allowed him to win many battles and survive many losses, even against great odds. By defending carefully and waiting for the right moment to strike, Obi-Wan took advantage of many Dark Side users’ tendency to give into their emotions.

Even when he was disarmed, his focus and perseverance with Form 3 meant he could quickly recover while keeping himself and others safe.

Though Luminara Unduli was much less renowned than many other Jedi, she was by no means less powerful. She was originally trained in both Form 2 and Form 3 but favored the latter and used it extensively.

Her experience with Form 2 fighting allowed her to recognize the style while fighting Asajj Ventress, even while partially blinded. Still, her firm reliance on Form 3 would lead to her being overpowered by Asajj’s brute force.

On the other hand, with her temper under control she effectively distracted and fought swarms of droids in a battle at the droid factory on Geonosis.

From his training under the Jedi Master Depa Billaba, Kanan Jarrus was trained to use Form 3 in combat. His strict reliance on this form was later mocked by the Grand Inquisitor in one of their battles.

Though he also employed the use of Form 5 (a successor to Form 3) as well as Jar’Kai (dual wielding), Kanan’s mastery of Form 3 would lead to many of his victories. Among the best of these were his many battles with the Grand Inquisitor. His patience would eventually lead to his victory and the fatal end of the Grand Inquisitor.

He was not, however, successful in all cases. Though Kanan could hold off Inquisitors and stormtroopers alike, he was no match for a legendary Sith Lord. This was the case in a battle against Darth Vader where, though he survived, his use of Form 3 was only enough to keep himself and others alive.

What is the most dangerous and rarest lightsaber crystal?