Darth Maul is one of the most notorious crime lords to traverse the galaxy. He was taken on as one of Darth Sidious’ (Emperor Palpatine’s) apprentices at a time when Sidious himself was a mentee.

This was in direct breach of the Sith Order’s Rule of Two, which stipulated that there could only be two Sith in operation at a time. One master and one student.

Still, Sidious’ master, Darth Plagueis, allowed him to train Maul with the intention that Maul would become an assassin for the Order. This would make him a disposable agent to do all their bidding, as opposed to an actual Sith.

Darth Maul accepted his role in the Sith Order with ease, despite knowing he was not a true Sith. He was a ruthless, cold-hearted warrior who was willing to annihilate his mark by any means necessary.

Furthermore, it seemed as though Darth Maul was infallible. He always seemed to bounce back, regardless of how severe his injuries were. This caused the Star Wars communities to question how Darth Maul actually died.

Contrary to popular belief, Darth Maul only died once but was defeated twice by the same Jedi Knight, Obi-Wan Kenobi. Let’s get into it.

How Was Darth Maul Defeated the First Time? 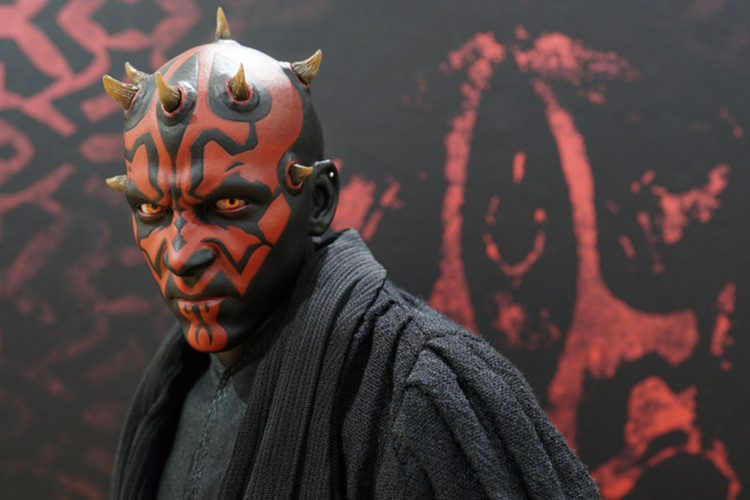 The first time Darth Maul was perceived to be dead was after his first encounter with the Jedi Obi-Wan Kenobi.

Darth Maul became a pawn in Darth Sidious’ plan to invade Sidious’ home planet (Naboo) for the taxation of trade routes. To combat this attack, Obi-Wan Kenobi and Qui-Gon Jinn were sent to protect Naboo.

When Maul arrived on Naboo, he quickly chose a battleground and devised a plan to draw the Jedi to himself.

This is when the battle reached the royal palace, beginning in the palace’s hangar. The battle raged on, moving through the complex.

Maul was initially in control of the battle, and even preconceived the decision to lure the Jedi further into the complex. Once this was done, the intense battle between Obi-Wan Kenobi, Qui-Gon Jinn, and Darth Maul continued. 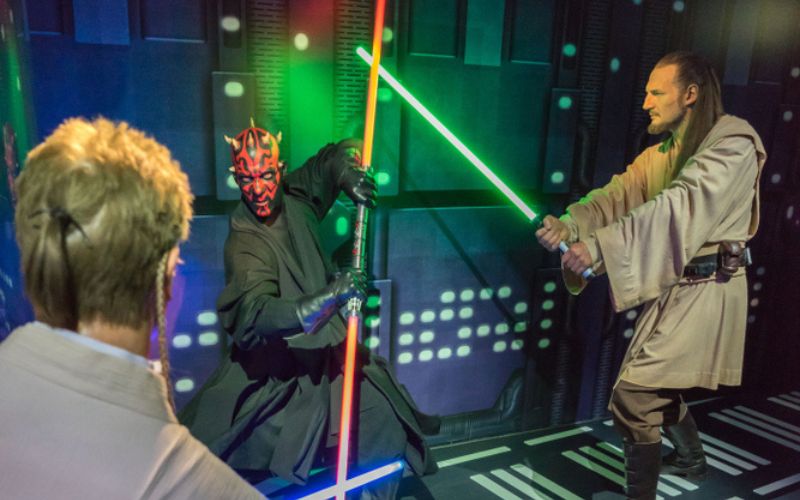 Eventually, Maul separated Jinn and Kenobi by knocking Kenobi down a few levels from where the battle was taking place, and with this he had Jinn all to himself.

Kenobi had a difficult time getting back to them, leaving Jinn to fight Maul by himself, which resulted in the Sith fatally wounding Jinn.

Kenobi managed to catch up to Maul, but unfortunately, it was too late. Jinn was already on the brink of death, sending Kenobi into a fit of rage. Kenobi valiantly fought Maul, and eventually cut the Sith’s double-bladed lightsaber in half.

Of course, Maul was still a beast even if his lightsaber was damaged. He disarmed the Jedi, and pushed him into the edge of a gargantuan reactor shaft. To make matters worse, Maul kicked Kenobi’s lightsaber down said reactor shaft.

Left unarmed and gripping the edge of the reactor shaft for dear life, things were looking grim for the Jedi. At this point, all hope seemed lost, so in a last ditch effort to save his life Kenobi summoned his fallen partner’s (Qui-Gon Jinn’s) lightsaber to himself.

With it, he managed to slice Darth Maul in half at the waist after pulling himself out of harm’s way.

The fatally wounded Sith Lord fell down the reactor shaft and was presumed to be dead. Miraculously, the seething rage and pure hatred Maul felt for Kenobi saved his life.

Using these emotions in tandem with the Force, Darth Maul was able to survive long enough to be rescued and begin his revenge-fueled healing process.

How Did Maul Actually Die?

Darth Maul’s second defeat and death came at the hands of Jedi Obi-Wan Kenobi once more.

To pick up where we left off, once Maul pulled himself out of the reactor shaft, he was on the brink of death. He devolved from the vengeful Sith we’ve grown accustomed to into an almost animalistic version of his former self.

This is in no small part thanks to his mind being understandably fractured after his body sustained such severe damage.

Luckily for Maul, he was rescued by his brother as instructed by the leader of the Nightsisters, Mother Talzin (his mother), who restored his body and mind with the help of the other witches.

Maul and Kenobi met for the last time on the famed sand planet Tatooine. Naturally, the pair engaged in a duel, which ended with Obi-Wan Kenobi once again having the upperhand. In the end, Kenobi sliced Maul through his chest with his lightsaber, effectively ending his life.

Why Did Maul Die So Easily the Second Time?

After the first time, Obi-Wan Kenobi and Darth Maul fought (followed by Maul’s unbelievable recovery), fans had been waiting for these two to have a rematch. Unfortunately, this subsequent battle was anticlimactic.

Before, Darth Maul was the individual who survived being literally sliced in half solely by using his burning rage and thirst for revenge to fuel the Force within him. Yet, he was somehow defeated with ease in the end. Why was this? 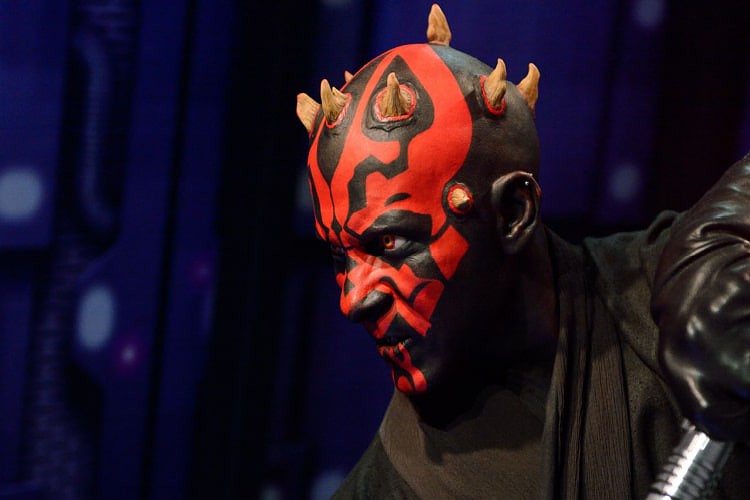 Well, if you think about it, his quick defeat actually makes sense. It must be remembered that a lot has happened in the time between both fights.

Not only would Kenobi have grown as a person and a warrior, but it is possible that he would have also held onto the aftermath of the pair’s first encounter.

On the other hand, Maul was severely injured. Even though he was technically restored to a fight-ready state, there is no possible way he could have been the same as he was before.

That, coupled with his increasing age, makes it safe to assume that Maul’s agility, stamina, and overall strength would have been greatly diminished. As such, it’s no surprise that Obi-Wan was able to defeat Maul so easily the second time they met.

Darth Maul is unquestionably one of the most ruthless Sith to have trained under Emperor Palpatine. His seemingly unwavering dedication to the dark side was not only an asset to the Sith Order, but to himself as it saved his life.

Darth Maul did whatever it took for him to finish the task at hand. This willingness to wreak havoc is what drove him to kill Qui-Gon Jinn when the opportunity presented itself.

What Maul didn’t account for was how talented Kenobi would be. This underestimation led to Maul losing to Kenobi the first time they fought.

Of course, this angered Maul, especially the fact that Kenobi was able to slice him in half, almost killing him. This is where the Sith Lord’s true power shone through as he used that anger to keep him alive.

Unfortunately for Maul, he would be killed when he and Obi-Wan Kenobi fought for the final time.

Despite Darth Maul theoretically being killed twice, this isn’t exactly what happened. He was defeated twice but only died once. This fact alone proves that the Sith Lord was one of the more interesting characters in the Star Wars franchise.