Every character in Star Wars has certain nutrients that they need to continue leading a healthy life. This is especially true for warriors like Darth Vader.

Naturally, during his days as Jedi Knight Anakin Skywalker, there would have been a heavy dependence on food and drink (and even sleep) as a means of recharging.

Furthermore, it was quite obvious how Anakin would go about eating, as his mouth was completely unrestricted.

This all changed when he joined the dark side and became “more machine than man,” which raised an important question within the fandom. How does Darth Vader eat and drink? Does he even need to?

This is exactly what will be covered in this article, so keep reading as we jump right in.

Why Did Darth Vader Need a Special Suit?

Darth Vader’s suit was given to him as a result of the life-threatening injuries he sustained on Mustafar.

When Obi-Wan Kenobi got word that his former apprentice’s mind was taken over by Emperor Palpatine and the dark side, he refused to believe it. He figured there was still some good left in Anakin, and he met with him to see if his theory was correct.

Unfortunately for Kenobi, Anakin was too far gone. He had already been initiated into the Sith as Darth Vader. 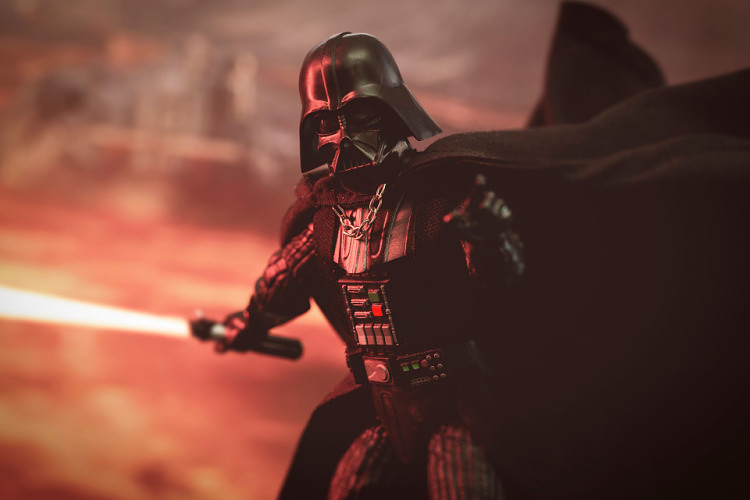 What’s worse is that Vader’s mind had been poisoned into thinking that all Jedi (and by extension, the entire Galactic Republic) were the enemy.

Armed with this new perspective, Darth Vader no longer saw Kenobi for who he truly was. A friend, former teacher, and someone who truly cared for him when he was Anakin. Thus, Vader was fully prepared to annihilate Kenobi.

What ensued was arguably one of the most intense fight sequences in the franchise.

The pair began fighting on through the massacre Vader left behind at the Klegger Corp Mining Facility. For context, this massacre occurred when Darth Vader was still known as Anakin Skywalker.

They then found themselves on a structure hovering over the treacherous lava Mustafar is known for.

Soon after, this structure began to fall apart, and the pair successfully moved out of harm’s way onto a droid collector arm and continued to fight.

The Jedi Master and the Sith Lord were seemingly matched in wits. The only difference was that one was holding back from harming his friend (Kenobi), and the other was out for blood (Vader).

It was then that Obi-Wan Kenobi jumped onto a high lava bend, ready to call the battle a draw as he had the height advantage.

Of course, the overly confident, rampaging Darth Vader refused to accept this and tried to make the same jump as Kenobi. Unfortunately, he was so focused on the jump that he could not block Kenobi’s lightsaber attack.

This strike cut off Lord Vader’s arm and both legs. With that, he fell near the lava where he was then engulfed in flames. As he struggled to crawl his way out of danger, Kenobi still held compassion for his past friend.

Still, even on death’s door, Darth Vader wanted no reconciliation with Kenobi.

In the end, all the Jedi could do was collect his fallen apprentice’s lightsaber and listen to his blood-curdling screams as the flames took over.

Lying on the ground with scorched lungs, no limbs, and third-degree burns, Darth Vader clung to life as best he could. Luckily, his new master, Emperor Palpatine, came to his rescue and retrieved him from Mustafar.

The Emperor took Vader to Coruscant, where he was outfitted with a cybernetic suit, and a pressurized mask. 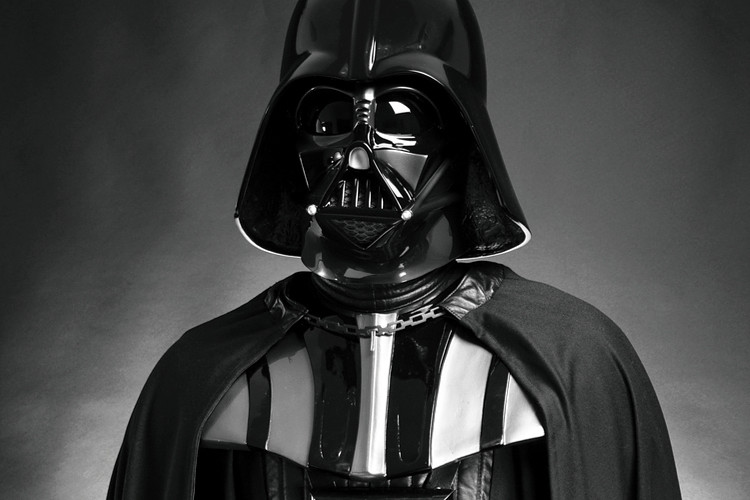 The suit was made from obsidian and designed to inspire fear in the hearts of everyone Vader came across.

That is, in addition to acting as the Sith’s life support system when he was away from his Hyperbaric Meditation Chamber or Bacta Tank.

Housed within the belt and chest plate of the suit were its controls.

This allowed for the control of how much nutrients, medicine, and oxygen would flow through Vader’s body. Because of his suit and the essential substances it provided, the Sith Lord was able to withstand most environments.

As for Vader’s mask, it was created with a much deeper voice register to add to the menacing aura he was giving off.

While the lower register in his voice is a result of his vocal cords, the mask amplified this effect. This is where his iconic, raspy breathing comes from.

The mask was pressurized due to Vader’s lungs being so mangled that he could not breathe regular atmospheric air.

What’s more, embedded in the mask were neural needles that connected to the Sith Lord’s skull and spine. Without these, Darth Vader would have no control over the suit’s motor functions, rendering it pretty much useless.

As amazing as the suit was, it did have some pitfalls.

The first is that it was completely powered by electricity. This hindered Lord Vader from using one of the most powerful force techniques available to the dark side, Force Lightning.

Force Lightning requires tremendous energy to use. Since Darth Vader’s suit works with electricity, using this technique could short circuit the suit. This would end with him either being severely injured or dead, which is exactly why he opted out of using this technique.

Additionally, Darth Vader’s suit was created to be extremely painful and uncomfortable. This served two purposes.

It ensured that Lord Vader was dependent on the Empire for constant maintenance, which would’ve lessened his will to revolt against Palpatine.

Lastly, because of the discomfort and constant pain (as well as emotional turmoil), Darth Vader could not get a good night’s rest.

This means he was constantly irritable, which blossomed into more anger and hatred. The primary ingredients required to create a great Sith Lord.

As we briefly touched on, Darth Vader’s suit provided him with nutrients. This was done intravenously, which meant he did not need to eat or drink. However, he still did.

Darth Vader had two methods by which he consumed food and drink. The first is that he had feeding tubes in his suit, through which he was fed a horrible-tasting concoction, RepMed Vita Paste.

The Sith Lord had these same tubes in his hyperbaric chamber, but since he did not like the taste of the paste, it’s more than likely that he did not use them much.

This chamber was one of the few places Vader could roam freely without his mask and suit. Therefore, it’s theoretically possible that Darth Vader could have eaten orally.

Granted, there could have been jaw damage on Mustafar, so he would have to be mindful of the foods he ate along with the amounts. Still, it must have been refreshing for Darth Vader to have a taste of food that he actually enjoyed.

How Does Darth Vader Excrete Waste?

Naturally, if the Sith Lord can eat, he could produce waste, but where does it go?

As depicted in Dark Lord: The Rise of Darth Vader, Lord Vader urinates through a catheter.

When he needs to remove solid waste, Darth Vader uses collection pouches. In addition to that, his suit is equipped with a recycling system to remove the waste from within.

How Did Darth Vader Go To The Toilet?

This system makes a lot of sense to have. Humans need to excrete waste from their bodies every day. As such, it would be a huge hassle to remove the Dark Lord’s suit every time nature called.

With all his incredible attributes and a reputation that ripples through galactic history, it’s easy to forget that Darth Vader is a human. As a human, Lord Vader has to receive certain nutrients to survive.

Before his injuries, he could easily do this by eating, but after the battle on Mustafar, he had to adopt new methods of eating. Fortunately, Vader did not have to worry about food, as his suit was equipped to intravenously give him the nutrients he needed.

Still, there were feeding tubes through which the Sith Lord could feast on RepMed Vita Paste (that he hated). Additionally, in his hyperbaric chamber, Darth Vader could exist without his suit or mask.

Therefore, the Dark Lord could’ve eaten and drunk if he truly wanted to. He simply had to be mindful of what he was eating.