Darth Vader, aside from being one of the most powerful Sith (and Jedi) to ever live, may be one of the world’s most popular villains ever.

His iconic look has enthralled fans since the 1970s, while his tragic backstory and powerful redemption have cemented his place as the centerpiece of the Star Wars cinematic storyline.

While other villains like Emperor Palpatine may have a grotesque figure and completely evil motives, Darth Vader is more complex. His inner turmoil and conflicted feelings about his son are part of what make him such a great character.

In addition, his helmet completely hides his face, leaving his true identity a mystery until his final moments. Viewers still manage to interpret Vader’s emotions without ever seeing his real face or hearing his real voice.

However, even though Darth Vader’s suit and helmet are what give him his ominous allure, not many fans know what they do. Spoiler alert: they’re not just for looks. 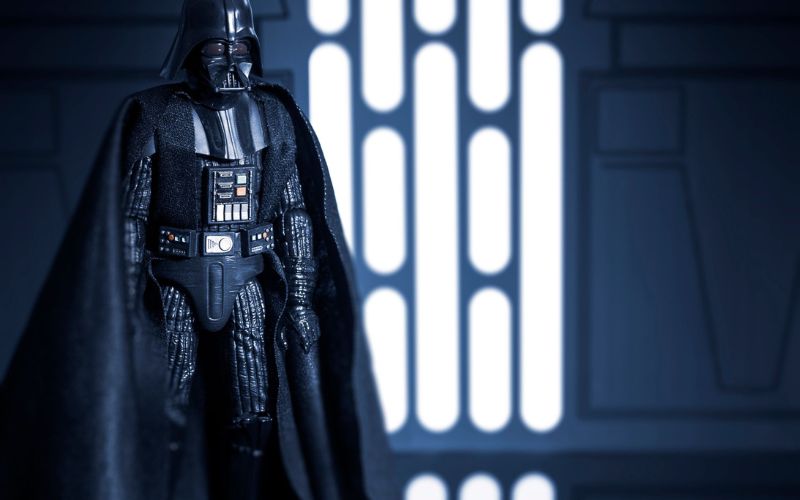 So what does Vader’s suit do? Why do we hardly ever see him with it removed?

To give a short answer, Darth Vader’s suit helps keep him alive. After his injuries on Mustafar, Vader couldn’t survive without a protective suit and helmet.

Want to learn more? Keep reading to see all the details about how Vader’s suit works and what it does to keep him alive.

How Did Darth Vader Get Burned?

When Anakin Skywalker gave himself over to the dark side of the Force and joined Palpatine, Obi-Wan discovered his plan and flew to Mustafar to confront him. The result was a heart-wrenching battle between a master and his padawan.

Mustafar was a fiery, lava-filled planet that proved to be a difficult environment for any kind of battle. Throughout their fight, Obi-Wan and Anakin jumped over boiling lava and attempted not to get burnt by the harsh terrain.

At the end of the battle, Obi-Wan managed to jump to safety onto the banks of a lava river. He then issued a warning to Anakin saying, “it’s over, Anakin. I have the high ground.”

However, Anakin was ripe with hatred and an obsession with his newfound power. Anakin ignored Obi-Wan’s warning and decided to attack him anyway.

In doing so, Obi-Wan cut off both of Anakin’s legs and his one remaining natural arm. Anakin rolled to the bottom of the river bank and slowly tried to crawl back to safety.

However, when Anakin reached the lava at the bottom of the hill, his clothes immediately caught fire and it spread to the rest of his body. He was left with fourth degree burns over his entire body, resulting in mortal damage internally and externally.

Obi-Wan loved Anakin, so rather than killing him then and there, he left Anakin to die. Though his fate may have been worse than death and it inevitably resulted in Anakin rising to power as Darth Vader, Obi-Wan couldn’t bring himself to kill his padawan.

Instead, Anakin writhed in pain on Mustafar until Sheev Palpatine rescued him. Anakin was immediately rushed to get medical attention.

Why Does Darth Vader Wear a Suit?

Ultimately, Darth Vader wears his suit because without it he’ll die. His helmet and suit protect him from the elements and help him to breathe.

When Palpatine found Anakin on Mustafar, he took him to get medical attention. This involved an elaborate surgery where medical droids essentially rebuilt Anakin’s body.

They replaced Anakin’s lost limbs with mechanical limbs, and they placed a protective suit around his body to shield his burnt skin. The droids also created a helmet to help him breathe.

Darth Vader’s helmet is a complex medical tool and is designed with three main parts. These parts include a neck gaiter, a primary mask, and an outer shell.

The neck gaiter helps support Vader’s head and also feeds him nutrients. This is also where the iconic James Earl Jones voice comes from.

The primary mask is what pumps air to Vader’s damaged lungs. It also features lenses that compensate for his damaged eyesight and enhance his vision.

The shell is what locks all the parts into place. Using magnets, the shell seals up Vader’s head and helps keep his skull safe.

In terms of his suit, most of it exists to protect his mechanical limbs and damaged skin. However, there are additional parts that add to Vader’s aesthetic.

The control panel on his chest and the belt on his waist both contain tech that help regulate Vader’s health and monitor his vitals. He also has an armored plate on his chest to protect his organs.

While all of the intricate parts of his suit prove to be practical additions, they also help create his iconic look.

No, on the contrary. Vader’s suit is the only thing keeping him alive.

While Vader’s power in the Force is strong, his body is weak and damaged. The suit helps him function as close to normal as he can.

Sure, Vader may not be as physically strong as when Anakin was in his prime, but considering his condition it certainly doesn’t make him weaker. The armored areas and extra protection serve to make him stronger.

What Does Darth Vader Look Like Without His Suit?

In The Empire Strikes Back, Vader is shown without his helmet in his meditation chamber. This is the first time in the original trilogy that viewers could see Vader without his helmet, even if it’s just for a few seconds.

In Revenge of the Sith, viewers can see Vader without his suit or helmet during his operation. This is possibly the clearest view of Vader after his fight with Obi-Wan.

However, the most iconic glimpse of Vader without his helmet is in Return of the Jedi when he asks Luke to remove his mask. This tear-jerking scene shows how Vader had returned to the light side of the Force and had become Anakin Skywalker again. 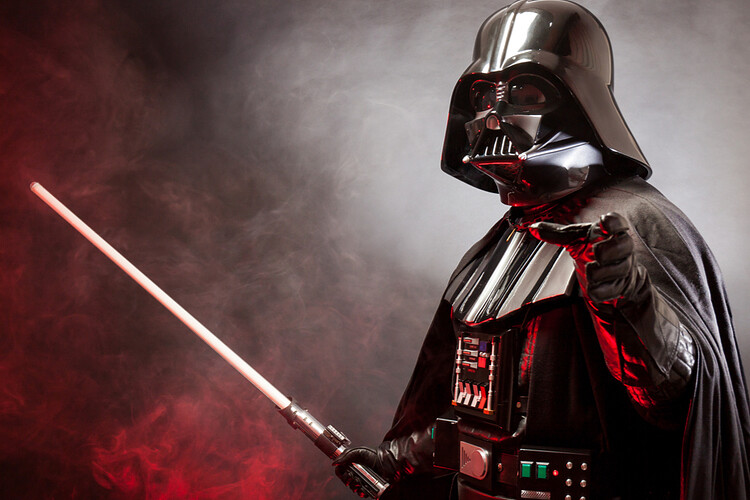 Vader’s suit and helmet may just seem like a visual choice from George Lucas, but his “costume design” actually serves a greater purpose. Even in A New Hope, Vader’s image was pointing to the tragic story of his descent into the dark side of the Force.

Every part of his suit helps keep him alive… except maybe for his cape, but no one can deny that Vader looks cool in it.