You have heard of the Sith Academy, but you have no idea where it is located.

The Star Wars galaxy is a massive place, but if you know anything about the Sith, they love to hang out in desolate areas. A region such as this makes for the perfect location for the Sith Academy.

You will find the Sith Academy on the Outer Rim planet of Korriban in the Valley of the Dark Lords. For admission, prospects face a rather stringent criteria, and even if you’re admitted there is no guarantee you will keep your place at the Sith Academy.

Where Is the Homeworld of the Sith?

In Star Wars Legends, the Sith’s homeworld is on a planet called Korriban, also known as Moraband in Canon.

Red, humanoid creatures inhabited the planet. This was the true Sith species. Drawn to the dark side of the Force, the Sith species often fought among themselves, resulting in many leaving the planet.

In 6,900 BBY, the Hundred Years of Darkness ended between the Jedi and Dark Jedi. The Jedi won, and the Dark Jedi exiled themselves to Korriban.

During this time, the Dark Jedi realized they were far more well-versed in the dark side than the Sith species that still roamed Korriban. They took control of and interbred with the Sith for nearly two millennia.

After years of inbreeding, the Sith Empire was born. However, the Republic discovered Korriban’s existence in 5,000 BBY.

This led the Dark Lord of the Sith, Naga Sadow, to initiate the Great Hyperspace War. This conflict proved costly and it nearly ended the Sith.

When Disney separated Star Wars into Canon and Legends, the planet became known as Moraband. However, its history strongly resembled its Legends counterpart.

Yet there is still one distinct difference. Years of war and strife left the planet abandoned, just like in Legends.

However, it was long believed Darth Bane was the final Sith Lord to be buried on the desolate planet, which occurred 1,000 years before The Phantom Menace.

So the time of abandonment was different in Canon than it was in Legends. One primary Legends location on Moraband carries into Canon, which is the Valley of the Dark Lords.

When you look at the star charts, the locations of the planets also remain identical.

Why Change the Name?

Star Wars creator George Lucas preferred Moraband over Korriban. To explain the abrupt name change, Lucasfilm further stated galactic inhabitants could have referred to the world by two different names throughout its history.

Where Is Korriban Located?

The DISTURBED Planet Even Yoda Feared

You will find Korriban in the galaxy’s outer rim territories. It is the only planet located in the Horuset System, across from Koros Major.

On Korriban, you will find two distinct locations other than the Sith Academy: the Korriban Arrival Port, and the Valley of Golg.

The former is located near the Academy, and it served as the planet’s primary spaceport during the Galactic Republic/Sith Empire Cold War between 3,653 and 3,642 BBY.

Near Korriban’s equator, you will find the Valley of Golg. The 100-kilometer valley was one of the planet’s many burial valleys that the Sith Empire built.

Where On Korriban Is The Sith Academy?

Star Wars Legends reveals that the Sith Academy’s location is at the “rear of the Valley of the Dark Lords.” The Academy was originally founded in 3,996 BBY and it saw three rebuilds throughout its existence.

These rebuilds occurred during the Jedi Civil War (3,958 BBY), when the Sith Empire recaptured Korriban (3,681 BBY), and when the Brotherhood of Darkness captured the planet (1,006 BBY).

The Sith Academy had a towering layout, described as pyramidal. They built the structure using durasteel and stone, and the pyramid’s apex reflected Korriban’s sun.

The Academy contained chambers dedicated toward meditation, training, and studying.

Its decor symbolized one trait: Power. From the kneeling humanoid figures framing the entrance to the towering stone monument featuring faces of past Sith.

Further, the faculty constantly reminded their students that to achieve power, you had to constantly crush those opposing you.

How Do You Get Admitted Into the Sith Academy? 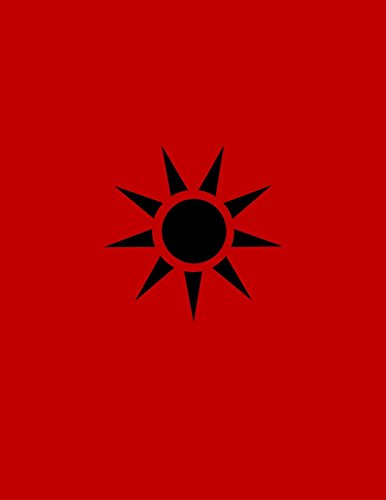 The Sith Academy is one of the toughest places to gain admission, per Star Wars Legends. Like any sacred club, you gain entry if you impress a faculty member or another student.

Once you impressed someone already part of the Academy, they would award you with a medallion.

However, if you disowned and left the Jedi Order, you had an easier time gaining admission. This is because the Sith knew a Fallen Jedi already had basic training skills within the Force, and therefore forged a deeper connection with it.

Once you impressed someone enough to enter the Sith Academy, you then needed to compete against other prospective Sith in a group setting. This was not an easy endeavor, as the constant dueling resulted in the deaths of many students.

Nobody was immune to betrayal either. So once you earn your way into the Academy, you may or may not keep your spot.

Even your best friend could turn on you. There were stories that even the headmaster’s deputies would betray them.

So make sure you are well-versed enough in the dark side to impress someone at the Academy. And once you do, you must continually fight to maintain your spot as you deepen your connection to the dark side.