In The Mandalorian and The Book of Boba Fett, Boba Fett looks as though he’s put on some weight and has aged significantly, despite being just 41 years old in 9 ABY. Since Boba Fett did not age like other clones, you may wonder why he looked heavier and older.

Boba Fett was a bounty hunter, so the aged look would come with the occupation, which involved a lot of fighting, plus extended exposure to Tatooine’s suns. However, he was not as heavy as he looked, given his thicker robes and armor.

Why is Boba Fett So Fat? 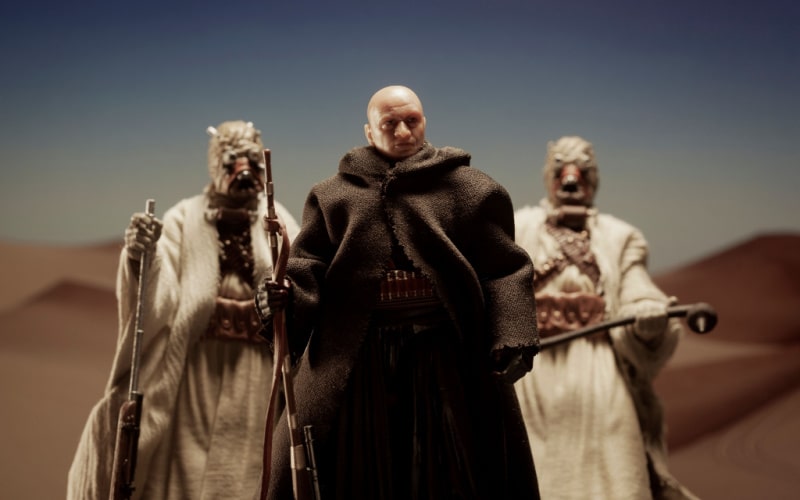 The Book of Boba Fett took place in 9 ABY, placing Boba Fett at 41 years old. And since Boba Fett is a human, even if he is technically a human clone, the aging process will often ramp up between 30 and 35 years of age, with genetic makeup and lifestyle playing massive roles.

And that aging process will make both men and women prone to accumulating more body fat at varying degrees. However, knowing what we know about Boba Fett’s career as a bounty hunter and being the cloned son of Jango Fett, one wouldn’t think he would have gained so much weight.

So what gives? Was his newfound occupation as a crime lord causing him to be more sedentary? Knowing that Boba Fett can still fight and defeat the best of them, like Cad Bane, we can also rule out that possibility.

Perhaps it’s the actor himself? Temuera Morrison, who also played Jango Fett in Attack of the Clones, is older here, 60, in fact. Many fans have pointed to him as the culprit for why Boba Fett looks so heavy in The Book of Boba Fett.

None of the Above

The truth is, none of the above are true. From many angles, Boba Fett still appears to be in good shape. And from others, you can see his stomach bulging out. But this bulge is really coming from thick robes and bulky armor, and he always wears armor over his robes.

When you look closely at photos online, or when you watch The Book of Boba Fett, you will notice this phenomenon. And while it is true Morrison is not as lean as he was when he played Jango Fett in Attack of the Clones, he is by no means heavy in his role as Boba Fett.

Why Did Boba Fett Age So Much? 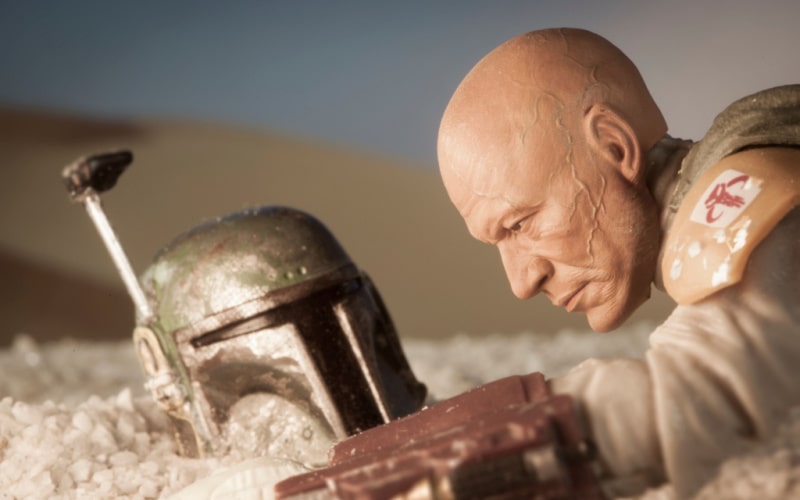 Since he did not age as quickly as the other clones, and instead aged naturally, we cannot chalk up Boba Fett’s older look to advanced aging. While he looks older than 41 years old in 9 ABY, we need to remember Morrison is in his sixties.

Okay, but couldn’t makeup and other technological effects make one look younger? We know it does, but we also need to look at what Boba Fett had to go through and his overall environment, as both stress and exposure are two culprits that can lead to premature aging.

Having spent a lot of time on Tatooine, Boba Fett was exposed to not one but two suns, and sun exposure can cause one to age prematurely. He was also stuck in the Sarlacc Pit, which didn’t help matters.

We can chalk this one up as a combo between an aging actor in Morrison, and more importantly, the fact that Boba Fett’s environment and previous situations further contributed to the aging process.

All Scenes Boba Fett: The Mandalorian

When you saw Boba Fett in The Mandalorian, you may have noticed he had no eyebrows and more than his fair share of scars. Then once The Book of Boba Fett rolled around, his eyebrows returned, some of his scarrings disappeared, and his skin even looked healthier.

One major theory is, after taking Jabba the Hutt’s palace, Boba Fett submerged himself into a Bacta tank. Given its healing properties, it makes sense that spending time in the Bacta tank would have allowed Boba Fett to get rid of some of those wounds, giving him a younger appearance.

Is Boba Fett Older than The Mandalorian? 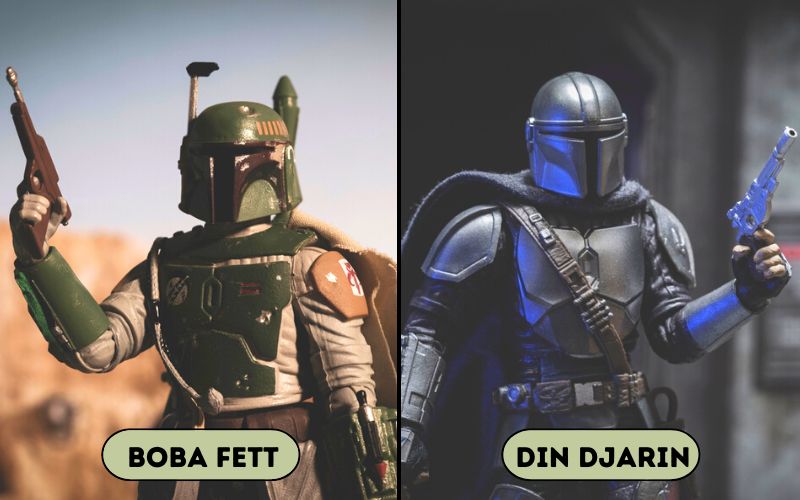 While Boba Fett looks as though he has aged dramatically, the Mandalorian, also known as Din Djarin, looks somewhat younger. The answer, however, is that we do not know exactly how old Din Djarin really is since he was not born a Mandalorian, but raised by them.

He was born and lived on the planet Aq Vetina before battle droids attacked the planet and killed many in his village, including his parents. With this information in hand, we know Din Djarin was around during the Clone Wars, meaning he was born before 19 BBY. 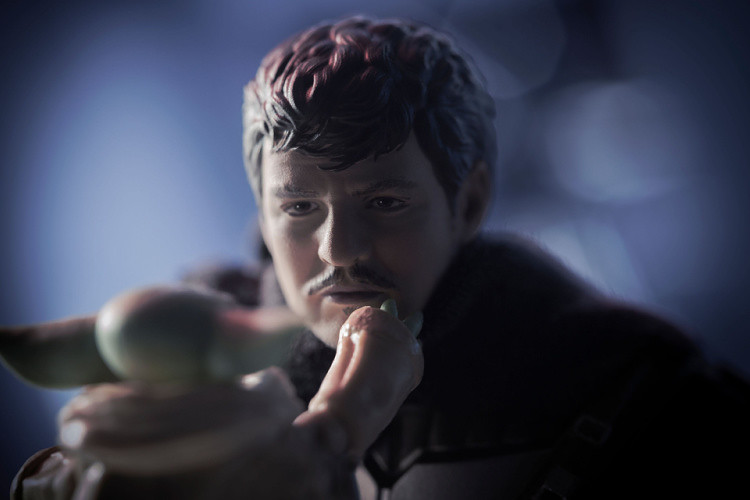 Boba Fett was Jango Fett’s cloned son, born without the rapid aging that was the case for most of the clones. He was born in 32 BBY on Kamino in the same lab that would create and house the clone troopers.

The likeliest case is that Boba Fett is older than Din Djarin, with most sources stating the latter was born in 30 BBY at the earliest. One piece of evidence we can use comes from the actor who played Din Djarin during his flashback scenes, Aidan Bertola.

Bertola was 11 when he played the Mandalorian during those scenes in 2019. So Din Djarin would have also been considered the same age.

If the droids attacked Aq Vetina in 20 BBY or 19 BBY, Din Djarin would have been born in either 30 BBY or 31 BBY. If the attack occurred 21 BBY, his birth year would have been 32 BBY, making him roughly the same age as Boba Fett.

The only way we could consider the Mandalorian to have been older than Boba Fett would be if the droids attacked shortly after the Clone Wars began in 22 BBY, making Djarin’s birth year 33 BBY.

While Boba Fett looks to be the clear cut older character while on the screen, the truth is, he is not significantly older than Din Djarin.

The likeliest cause for Boba Fett looking older than Din Djarin stems from the actors. Temuera Morrison was born in 1961 while Pedro Pascal was born in 1975.