The Millennium Falcon is the ship that Han Solo and Chewbacca made famous. Or, perhaps, the Falcon made them famous.

The Falcon is known for its speed and for eluding Imperial Star Destroyers. With such capabilities, the Falcon must have cost quite a bit.

How much did the Millennium Falcon cost? We can arrive at a rough estimate of the cost in Star Wars and a price range in real life. 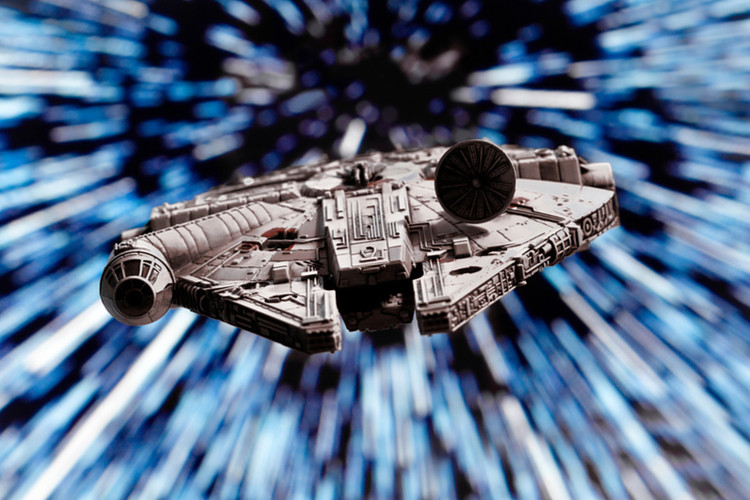 The Millennium Falcon was initially called the Stellar Envoy and went by the ship code YT 492727ZED. It is a Corellian YT-1300 light freighter model starship.

Before Han Solo, Lando Calrissian owned the Falcon. Lando was the one who made several modifications to improve its speed and performance. Lando also had its exterior paneling painted and an escape pod installed.

According to Solo: A Star Wars Story, Han won the Falcon from Lando in a card game of Sabacc.

Yet, from James Luceno’s novel, we find out that other owners preceded Lando. Previous pilots assigned different names to the Falcon, including Corell’s Pride. This name is a reference to Corell Industries, which produced this cargo ship.

By the time Lando acquired it, the Falcon was about 60 years old.

How Much Did the Millennium Falcon Cost in Star Wars? 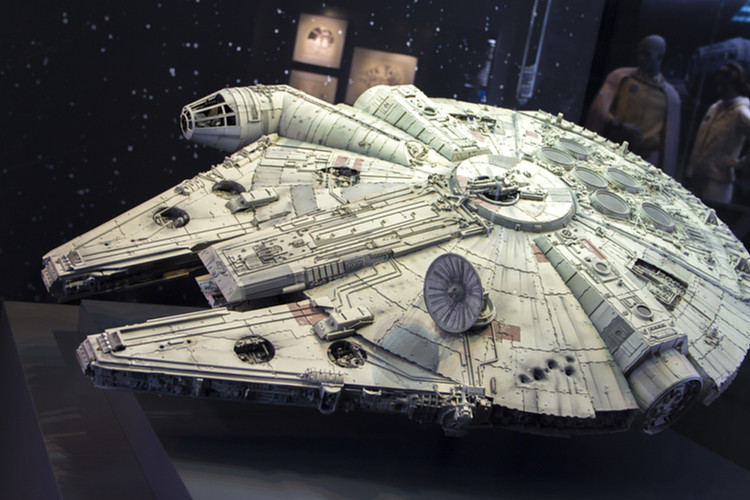 The Star Wars films do not reveal the exact cost of the Millennium Falcon, but we do know what type of ship it is, and that can help us determine its cost.

The Millennium Falcon is a modified YT-1300 light freighter, and this spaceship costs 100,000 credits for a new model and 25,000 credits for a used one. This is our base cost, but we need to factor in modifications.

For example, Han Solo modified the hyperdrive to a class 0.5 rating, double the speed of Lando’s time with the ship.

The cost of a 0.75 class hyperdrive is 5,000 credits. The hyperdrive that Han used is a modified version of this class of hyperdrive and hence would have a similar cost.

So, we can assume that would make a brand-new Falcon over 100,000 credits. But we know that the Falcon was not new, even when Lando acquired it.

We might reason between the new and old costs of a YT-1300 light freighter and say that the Falcon cost at least 50,000 credits when Lando bought it (or gambled for it). This assumes that Lando put in at least 25,000 credits in upgrades.

The value of the Falcon was probably slightly higher under Han’s ownership, given the 0.5 hyperdrive.

The Cost of the Falcon Under Han Solo 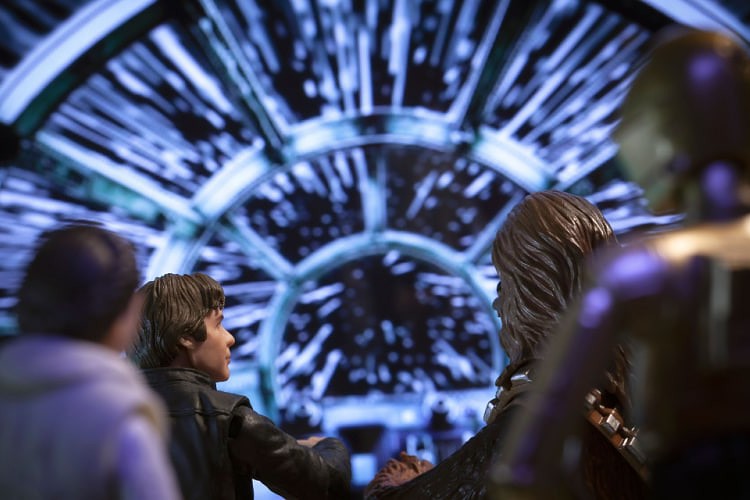 Another method to estimate the cost of the Millennium Falcon is to look at what happened in Solo: A Star Wars Story.

In this movie, Han Solo completed the Kessel run – that famous 20-parsec stretch of space used by smugglers to transport illicit goods. Lando Calrissian let Han use his ship to transport a supply of coaxium.

Yet, by the end of his journey, the Falcon had suffered extensive damage. The ship’s plating had been stripped, and it landed in a crippled state.

One site estimates that it would cost Han about 90,000 credits to fix the Falcon. That is almost as much as a new YT-1300.

If the Millennium Falcon had suffered so much damage that it was almost totaled, we can conclude again that a new one, with modifications, would be over 100,000 credits.

However, the Falcon was not restored to a new condition so it could not have cost that much.

Yet, Han did make several modifications to increase the ship’s speed and provide better weapons and protective shields. Han also did other improvements, such as restoring the Falcon’s outer plating and installing a front missile launcher.

Even if the ship was old and in need of constant repair, the Falcon’s modifications would boost the cost over a regular used YT-1300 light freighter.

Under this scenario, we could also estimate that the Falcon cost at least 50,000 credits in Star Wars money.

How Much Did the Millennium Falcon Cost in Real Life? 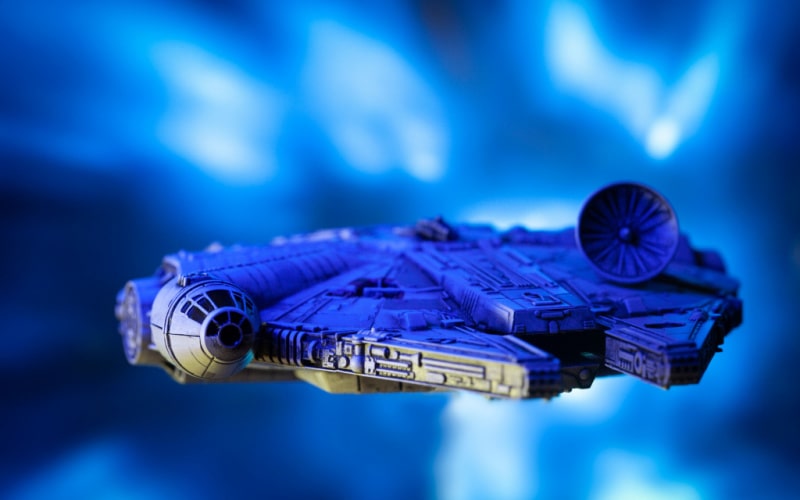 Estimates of what the Millennium Falcon would cost in real life focus on the expenses of keeping the ship running and the purchase price.

In terms of running the Falcon, the company SGS Engineering has weighed in about the cost of the Millennium Falcon in real life.

This company specializes in hydraulics and calculated that if the Falcon were an actual vehicle, it would cost more than $3 million or about £2 million just to keep the ship functional. This figure targets repairs and maintenance.

Since the Falcon is old and has been through an asteroid field or two, the ship would have ongoing repairs, as we have seen in the Star Wars movies. These repairs include the hyperdrive, sensor dishes, and other problematic internal systems.

This article draws on the cost estimates done by the website Twizzle, which included such operating expenses as insurance, rent for a hangar, repairs, and fuel.

To hire a team to build the Falcon, it is estimated that would cost about $10 million. Next, we could include a flight crew–even though that is spoken for – which costs over $80,000.

Last comes the technology cost, which is the most expensive component. All of the lasers, computers, shields, and hyperdrive would come to an estimated $2.4 billion.

That is quite a real-life expense. However, other sources claim the cost is higher.

One site compiles a diagram that portrays all the costs of constructing and maintaining the Falcon. The total here is over $18 billion. Most of the expense in this model derives from assembling and powering the ship.

So, we arrive at a real-life figure of between $2 billion and $18 billion for the Millennium Falcon.

The Millennium Falcon In Comparison

The Millennium Falcon is quite expensive in real-life terms. Yet, the Death Star would cost much more. 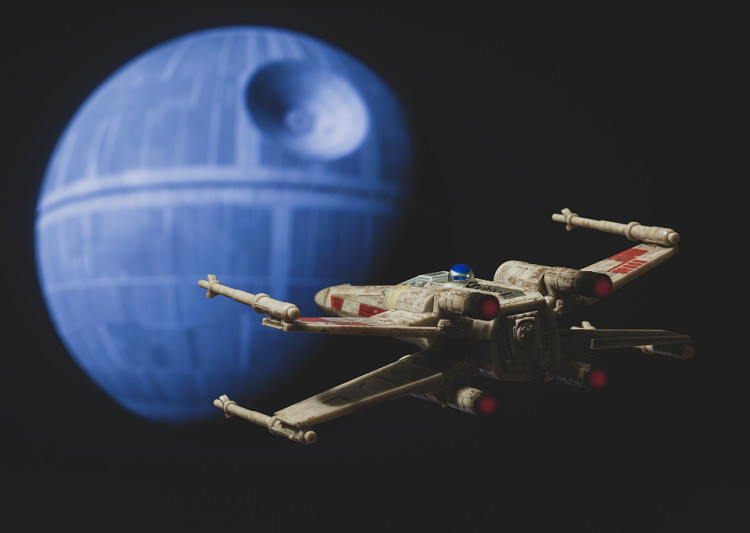 Another estimate places the Death Star at $852 quadrillion, less than the above estimate, but still 7,000 times the annual GDP of the world. A Star Destroyer is also more expensive than the Millennium Falcon, estimated at over $460 billion.

If we add on modifications, as the Falcon did, the price tag goes up more for Star Destroyers too.

The Falcon in Star Wars and Real Life

By the time Han Solo took over the Millennium Falcon, it probably cost about 50,000 credits. This figure is more than a used YT-1300 light freighter model, but not as much as a new one.

In real life, we have an estimated cost of $2 to $18 billion for the Falcon. Both in fiction and reality, the Falcon costs a lot to build and to keep “this piece of junk” running.