Our previous article talked about Rey (Skywalker) and her connection to the Skywalker family lightsaber. We mentioned the subject fleetingly and promised you a detailed explanation of the reasons behind this connection.

Rey found the Skywalker family lightsaber in the basement of Maz Kanata’s castle in the middle of Star Wars Episode VII: The Force Awakens. And the conditions in which she found the lightsaber were far from normal.

After all, it was not like the lightsaber just fell out of the sky into her hands – with a hand still attached to it – as it did for Verla. Rey was called to the lightsaber by the lightsaber itself, for reasons never truly revealed to us.

This occurrence, although extremely rare, is not unheard of. Force Sensitive objects will often call users when they want to be found or used, especially objects with historical relevance or a purpose left unfulfilled. The same also holds for objects of extreme power.

So, before we can dive into why this Skywalker family lightsaber called to Rey specifically, we must first assess whether it had any reason to be found at all.

What is the history of the Skywalker family Lightsaber?

The Skywalker family lightsaber is arguably the most important weapon in all of Star Wars. Coincidentally, it is also one of the most easily recognizable, both inside and outside the fandom. The lightsaber plays a pivotal role in shaping the history of the Galaxy Far Far Away.

The lightsaber in question initially belonged to none other than Anakin Skywalker. After losing his first lightsaber in the Battle of Geonosis, Anakin journeyed to Ilum to find a crystal for his new lightsaber.

This lightsaber would be the one that Anakin would use throughout the remainder of his time as a Jedi, and in the beginning of his time as Darth Vader after he falls to the Dark Side of the Force.

The lightsaber was used for both heroic and dark deeds. For example, Anakin used it to save the Chancellor and defeat Count Dooku, and to fight countless battles throughout the Clone Wars. But its dark deeds were a league above.

Luke would then use the lightsaber to fight Darth Vader on Cloud City where he would eventually lose the lightsaber by dropping it into the depths of the city. But now that we know the lightsaber’s history, we must answer the question of why it called to Rey specifically.

Why did the Skywalker lightsaber call to Rey?

There are lots of theories surrounding this question, most of which come from speculation and what little we knew about Rey’s lineage at the time of the release of Star Wars Episode VII: The Force Awakens.

So, to make sure we do not miss anything, we will tackle these theories one at a time.

The first theory that we will discuss is one of the more absurd ones. This theory is relatively simple and states that the lightsaber called to Rey because she was connected to the Force and because lightsaber crystals are living manifestations of the Force.

While this theory does make sense, it is not plausible in the slightest. This is entirely because Rey would not have been the first Force Sensitive person to pass through Maz Kanata’s castle. According to this theory, the lightsaber would have been found long before Rey was called to it.

Hence, it is highly unlikely that this theory will ever explain why the lightsaber called to Rey.

The second theory is less absurd than the first one but still seems a bit more far-fetched than the next two. The theory focuses mainly on the time that the lightsaber spent away from the hands of a Skywalker.

This period specifically points out the time between Star Wars Episode III: Revenge of The Sith, and Star Wars Episode IV: A New Hope. The theory follows that in the time that the lightsaber spent with Obi-Wan Kenobi, he imparted some of his personality onto it.

The second part of this theory was dependent on Rey’s lineage within the Star Wars universe. Given that it had not been revealed at the time that Rey was a Palpatine, fans went as far as to assume that Rey could somehow be related to Obi-Wan.

And while the theory sounds too crazy to be true now, it seemed somewhat believable at the time due to one major factor.

When Rey found the lightsaber under Maz Kanata’s castle, she was enveloped in Force visions as soon as she touched it. Throughout these visions, out of all the voices calling to her, the most prominent ones were Sir Alec Guinness and Ewan McGregor, both of whom portray Obi-Wan Kenobi in Star Wars.

So, while this theory might have been true before Episode IX: The Rise of Skywalker, was released, it cannot possibly be true now.

The second last theory on this list is one that was only negated due to the release of Episode IX and the reveal that Rey was the granddaughter of Darth Sidious. As is the case with this, and all the theories before it, it depended on Rey’s lineage.

The belief here was that Rey was the secret second child of Han Solo and Leia Skywalker. The hypothesis goes as follows.

Rey was born after the fall of Ben Solo to the Dark Side of the Force, and because of their fear that they would raise another Dark Side user, Han and Leia abandoned their child on Jakku where she would grow up without knowing who she is.

While this seemed a bit far-fetched, it was not that hard to believe. Especially because, according to the theory, Rey would be a Skywalker or would at the very least have Skywalker blood in her. It was, hence, much more believable that the Skywalker family lightsaber would call to her.

And while this theory would have made lots of fans happy, it was not true. So let us move onto the reason that the lightsaber called to Rey.

Why did the lightsaber call to Rey?

An important fact to keep in mind is the fact that all the owners of this lightsaber, other than Obi-Wan Kenobi, were more than just Skywalkers. They were also believed to be the Chosen Ones, who restored balance to the Force, or were destined to do so.

The lightsaber was an integral part of the journeys that the Chosen One undertook but was lost by each of them before they could complete their journey and bring balance to the Force. 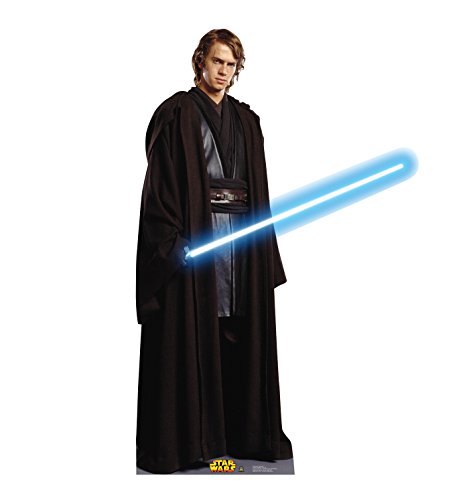 Anakin Skywalker, the original owner of the lightsaber, used it throughout the Clone Wars and then throughout most of Episode III until he lost it after losing to Obi-Wan on Mustafar. This was his journey as the Chosen One with the lightsaber.

Luke Skywalker, Anakin’s son and the second owner of the lightsaber, used the weapon until he discovered that Vader was his father and lost the lightsaber there. The weapon was with Luke for a major part of his journey as the Chosen One.

Luke and Anakin would eventually restore balance to the Force by defeating Darth Sidious together at the end of Episode VI: Return of The Jedi. At this point, the lightsaber was lost to both and would not be seen again until Rey finds it in Episode VII.

Following this, we can understand how Rey is a Skywalker because the Skywalker name is more than just a bloodline but is a title for the Chosen One.

Just want to say that some of this information is incorrect. There were never multiple "Chosen Ones". George Lucas stated that Anakin was always the only Chosen One and that Luke was just a catalyst to help his father Anakin fulfill his destiny as the Chosen One by helping him return to the light and kill the emperor. George stated that the emperor was supposed to be officially dead by the hands of Anakin at the end of the Return of the Jedi and thus officially fulfilling his destiny as the Chosen One. Disney went and screwed everything up by bringing Palpatine back in the sequels, thus making it so the Chosen One (Anakin) never actually fulfilled that destiny. So neither Luke, Leia, or even Rey were the Chosen One, only Anakin ever was. And also its called Chosen "One" (meaning singular), not the Chosen Multiples.