During Star Wars: A New Hope and The Empire Strikes Back, has a blue lightsaber. Then, in Return of the Jedi, he has a green one.

This color change seems trivial, but it has a lot of meaning to those who pay attention to it.

Why Does it Matter?

Throughout the existence of Star Wars, the meaning of lightsaber colors has shifted.

Initially, the color only represented the separation of the Light and Dark side of the force. This was shown with blue and red blades respectively. 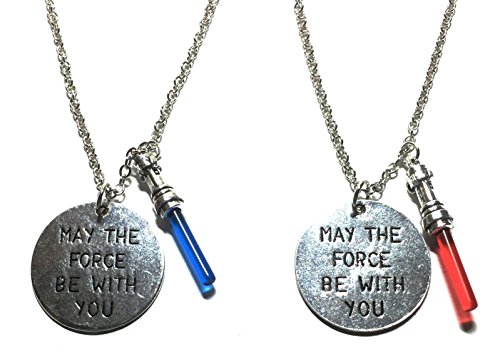 The colors gained canonical meaning in later additions to the series. Kyber crystals, which powered lightsabers, were attuned to and reflected their user.

Most decisions in movie-making are made for a reason. So, besides the canonical meaning, this change is an interesting detail for movie-lovers.

In the promotional material for Return of the Jedi, Luke’s lightsaber is shown as blue despite it being green in the movie, adding further intrigue.

Because of Star Wars’ importance, learning what happened and how it was done reveals a lot about the history of movie-making.

In the current Star Wars canon, the color of a lightsaber is a reflection of the person who built it.

The color can also speak about the blade’s history. For example, red lightsabers have crystals corrupted by the Dark side of the Force.

Because of this, the color change could signify a change in Luke’s character.

Luke’s lightsaber being intentionally green in Return of the Jedi was also a bigger change than most realize!

At the time, the lore behind lightsabers was less developed—Lightsabers were either red or blue. Thus, Having a canonical green lightsaber was a paradigm shift for Star Wars lore.

When Does the Color Change?

If you’re not looking for it, some of the changes are easy to miss. Other times, it’s a major change to an entire film.

In both cases, the change isn’t directly addressed and can leave viewers confused.

So, where do these changes happen?

Because of the different restorations of A New Hope, there are several changes to the blade color. What changes are made and when depends on which version you watch.

The best example of this is when Luke is training with the Marksman-H droid aboard the Millennium Falcon.

In the original 1977 release of A New Hope, Luke’s lightsaber has a faint white-blue color; in some frames it can look like the blade is purely white.

When this movie was restored for DVD in 2004, the blade had a green tint.

Then in 2011, adapted for Blu-ray, the blade switches between having a blue or green tint. Like the 1977 version, it also looks white sometimes.

These changes and errors are present throughout the film, but minor. The first major change in color is in Return of the Jedi.

Star Wars: Return of the Jedi

Near the end of the previous film, The Empire Strikes Back, Luke loses his hand and his lightsaber with it.

As a training Jedi though, he still needed a lightsaber. In Return of the Jedi, Luke gains a new hand and a new blade.

The remaining question is: why?

For a franchise like Star Wars, obvious changes and errors like in A New Hope should be trivial to fix. And even with a new lightsaber, why was there a sudden change to green?

What Causes the Changes: Errors, Adaptations, and Canon

This topic has long been discussed by Star Wars fans. There are many theories and official confirmations for why Luke’s blade changed colors so much.

Both movies have their reasons and, despite the visual difference, they’re pretty similar!

The reason for this is simply the technology available at the time.

In the original filming of Star Wars, the lightsaber props had a long rod with a reflective material wrapped around it for the blade. By having lights shine above the set, the rods appeared to glow on film.

This is what made up the white core of the lightsabers. The coloration was then rotoscoped over each frame and added to the film in post-production.

The process wasn’t perfect, though, and would often leave the blade with a pure white color.

In 2004, the film was digitally remastered and moved onto DVD. During this process, most things were tweaked to make it look better on screen.

One of these things was the color balance of the film. That is, the balance between the red, blue, and green color channels.

The work done to the Millenium Falcon scenes made the set look better but it also discolored Luke’s lightsaber!

Specifically, the process gave the lightsaber a light green tint.

Despite being an obvious error, it was never fixed and stayed in the final release of the DVD version.

In the 2011 Blu-ray release, the color balancing error was corrected. This was done by digitally replacing the green blade with a blue one.

However, the color balancing wasn’t changed. Because of this, Luke’s lightsaber still has a green tint in some shots.

Despite the fix in some scenes, the oversight makes this release one of the more controversial ones.

In the time between The Empire Strikes Back and Return of the Jedi, Luke builds a new lightsaber.

The green blade is very conspicuous and the reason for the change isn’t explained in the film. Is it the same as A New Hope where an error was made?

Turns out, it’s not!

The reasoning for the color change in this case has to do with the film’s appearance and was an intentional decision.

Unlike the other films, where lightsabers were used indoors, Return of the Jedi had many scenes set outside. This setting doesn’t heavily change duels physically, but it does change something important: Color.

Originally, Luke’s new lightsaber was going to be blue just like his previous one. During the development of the film, however, there was a glaring issue.

While Luke was fighting aboard Jabba the Hutt’s barge, the Khetanna, his lightsaber frequently appeared against Tatooine’s blue sky.

The lack of contrast bleached out the lightsaber, making it harder to see and less visually appealing.

To correct this, Luke’s lightsaber was changed to have a bright green color—a change that would go on to shape Luke’s character and all of Star Wars!

Luke’s lightsaber changing colors is because of two distinct reasons. The technology available at the time and how the film looked visually.

The methods used to adapt A New Hope for different formats unintentionally changed the lightsaber’s color. The color changed between white, blue, and green.

In Return of the Jedi, Luke’s lightsaber was deliberately changed to green to show up better against the blue skies.