You’re strolling around near a dark alley, and all of a sudden, BAM! A hooded man with a lightsaber comes at you!

Well, if you had the time to look this article up, probably not that much.

But if you’re reading this in advance, and happen to carry a lightsaber of your own, then we’ll cover the best ways to save your skin, and win in a lightsaber duel.

Before we get into the nitty-gritty of on-the-spot tactics and maneuvers, it’s important to cover the basics of preparation for a winning lightsaber duel.

For this, we’ll start with arguably the most critical aspect in a lightsaber duel.

Step 1: Be in-tune with the Force, no matter what! 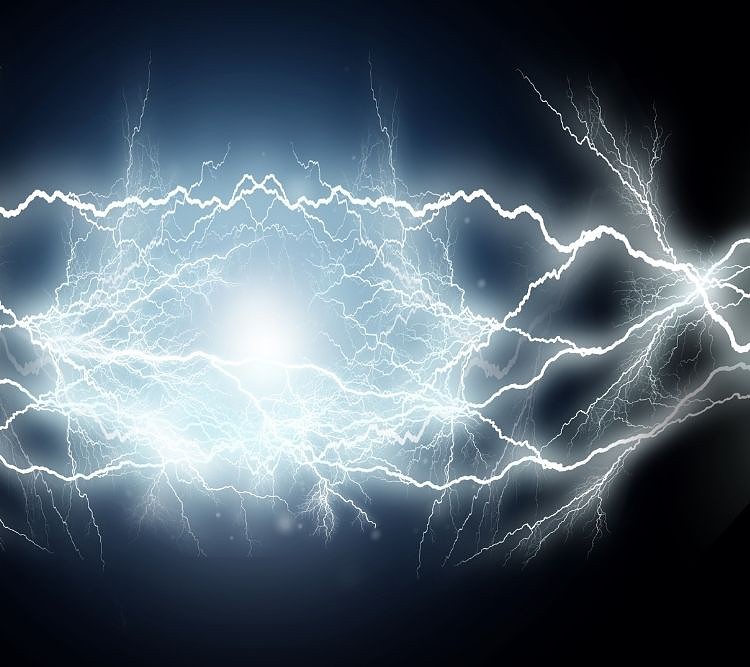 In the words of some old guy living on Tatooine, “The Force is what gives a Jedi his strength,” and this is no less true for lightsaber dueling (or for Sith).

The Force connects a wielder to their kyber crystal, which is the heart of a lightsaber’s blade. Without that crystal, the lightsaber is just a metal handle.

So it’s no surprise that the Force helps tremendously in lightsaber dueling.

Jedi Masters from across the galaxy have preached that one should follow the flow of the Force, even if it takes you in unconventional or shocking directions.

Alas, they’re not too great at following their own advice.

Shaak-Ti and the other victims of General Grievous learned the hard way, when they were beaten by a wheezing cyborg who could spin a lightsaber, due to fear hampering their connection to the Force.

In fact, the only two Jedi to adequately hold their own against the General (arguably the best non-Force-using lightsaber duelist) are Obi-Wan Kenobi and Mace Windu.

Obi-Wan Kenobi would later state that remaining in-tune with the Force, and not letting Grievous’ glow-stick tricks intimidate him.

Similarly, Mace Windu pioneered the lightsaber form of Vaapad, which prizes connection to the Force above all else, so it’s no doubt that he would fare well against a non-Force-user.

So, while technically it isn’t necessary, having some connection to the Force is paramount to holding your own in a lightsaber duel.

Even the most mediocre, incompetent Jedi have spent nearly their entire lives training in lightsaber combat, from the earliest training as a Padawan to their later experience defending the Republic.

So, you should at least get a few rounds in before you get jumped by a lightsaber-armed robber.

Ideally, this would be with someone who has much greater experience than you, and is qualified to teach the intricacies of lightsaber combat.

Both the Jedi and Sith orders have prized this master-student relationship, and it definitely shouldn’t be something you skimp on.

If you don’t have a local Master Yoda or Darth Tyranus, your average fencing instructor or specialized lightsaber dojo will do.

Step 3: Have the right lightsaber for the job.

Some lightsabers are just better than others. That’s how it is.

You’re more likely to win a duel wielding a curved-hilt fencing blade than a lofty lightsaber pike, assuming you’re equally good with both.

However, another thing to consider would be how well your lightsaber and your dueling form work together.

A double-bladed lightsaber might be great for Juyo or Niman, but it’s much more likely to stab you in the gut if you were to try using Makashi.

The standard choice would be a plain, straight-hilt, single-bladed lightsaber, which isn’t bad, but isn’t exceptional, either.

If you want to upgrade the basic default, try adding a curved hilt—Darth Tyranus was well-known for his dueling prowess, and he chose his signature curved-hilt blade out of its superiority in lightsaber dueling (especially Makashi).

This certainly isn’t necessary, but it helps a fair bit if you prefer your limbs in-tact.

While lightsabers can cut through just about anything, they have their limitations. The most famous example of these would be beskar, known for its heavy usage by the Mandalorians.

Given how much of a pain the Mandalorians have been for the Jedi across centuries, it wouldn’t be a bad idea to take some notes from them.

Even Darth Vader knew this; his shoulder pads were made of a special durasteel alloy that protected against blaster bolts and lightsaber strikes, as seen in The Empire Strikes Back.

However, learning from Vader, don’t make your armor too heavy.

Vader himself struggled to lift his arms above his head when wearing his suit, which proved to be a burden while dueling with his traditional Djem-So form.

So, how do you win a lightsaber duel?

There are nearly an infinite number of ways to win a lightsaber duel, depending on how your opponent fights, how you fight, the place where you fight, and so on.

This list will just be an overview of the most common and easiest methods you can use to win a lightsaber duel.

Strategy 1: Use the Force (With Discretion).

The Skywalker family (namely Anakin and Luke) were notorious for using Force-pulls, Force-chokes, and hurling objects at opponents with the Force.

Since they’re two of the greatest duelists in the Galaxy, it makes sense to copy them, right?

As mentioned, a lightsaber duel already requires an immense amount of Force exertion. This means that, Force-wise, a duel is kind of like a long wrestling match.

So using the Force in your moves, if the opponent is still on-guard, will leave you open to being countered, and losing a bit more than an arm and a leg.

“Wait, so how did Luke and Vader do it so well?”

If your opponent is off-guard, and out of tune with the Force, it allows you to catch them off guard with a choke or pull.

Vader specifically used intimidation to achieve this, making good use of his tall stature, menacing armor, and terrifying reputation to scare opponents out of their Force connection.

However, if you’re not so dark-side inclined as Vader, you can learn from Luke and the lightsaber form of Soresu, to wait until your opponent tires out naturally, from all the swinging and acrobatics involved.

Strategy 2: Go for thrusts, not swings.

If you’ve ever seen fencing (real fencing at least), you’ll notice that the fighters never do the large overhand swings we usually see in lightsaber duels.

This is because overhand swings, without help from the Force, will usually lead to you missing your shot, and getting stabbed  by your opponent.

To avoid this painful outcome, learn a lesson from Makashi, the lightsaber form generally revered as the best in terms of dueling capabilities.

Instead of swinging your blade like a tennis racket, jab it in front of you, and fight mostly with the side and tip of it.

If you decide to go overhand, however (as many duelists do), make sure you have your blessings from the Force that ensure things won’t go horribly wrong if you miss.

While some duels seem to be two people standing perfectly still and swinging their lightsabers, there’s more to it than that.

Just as in any martial art, moving your feet is key to making sure you’re not knocked off of them with a well-placed kick or thrust.

Moreover, mobility allows for better placement of your thrusts, allowing you to angle your body for the best odds of hitting your target.

And you don’t need to be flipping or cartwheeling around to have good footwork—just keep on the balls of your feet, take fluid steps, and don’t get stuck in one spot for too long.

Strategy 4: If all else fails, break the rules.

A lot of people have probably wondered at some point or another:

“Wait, why don’t they  turn their lightsabers off and back on again in a fight to catch their opponents off-guard?”

That would be because it’s considered highly dishonorable, and an affront to the Force, even, to manipulate your lightsaber like that.

However, it’s not unheard of for some Legends duelists.

It might look like waiting for your opponent to lunge out at you, and pretending to block with your saber, then flickering it on-and-off to ‘phase through’ your opponent’s blade.

It might also look like using your lightsaber as a Force-projectile, and turning it on in mid-air to stab your enemy in the back.

Whatever you choose, flickering your blade can be a deadly and effective tactic in lightsaber combat,  don’t rely on it if you value integrity.

So what’s the best way to win a lightsaber duel? 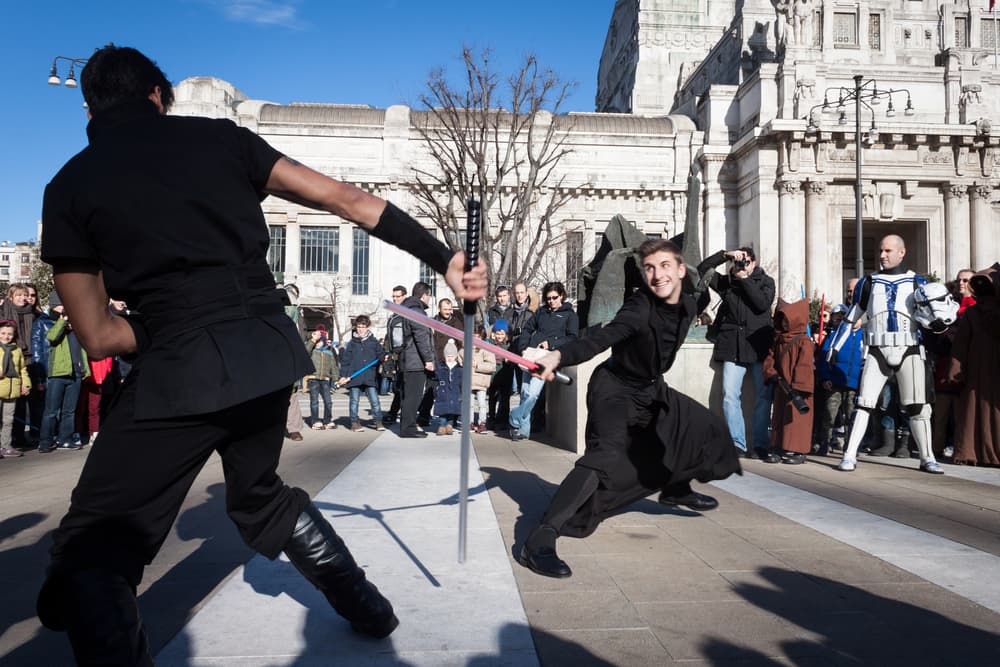 Taking all these tips together, we’ll detail just what you should do when an attacker comes at you with an ignited lightsaber.

Make sure you’re in-tune with the Force, and be careful with where you put your feet.

Thrust your blade towards the opponent’s body (and parry their attacks, too), and soon enough, you’ll likely land a duel-ending hit.

If this doesn’t work, throw all dignity out the window and break the rules of lightsaber combat. Bend the Force to your will if you must.

Follow these steps, and we guarantee that you’ll win any lightsaber duel (unless someone else who read this article decides to fight you). 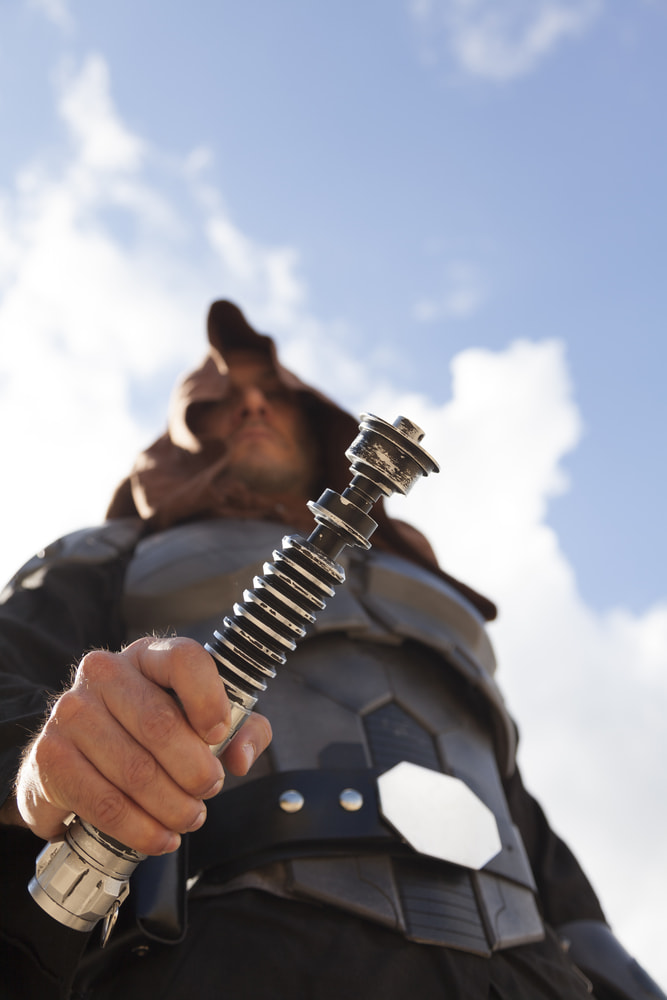 So, now that you’re  a lightsaber-dueling master, have any thoughts, questions, concerns, or suggestions to help your fellow learners out?

Make sure to leave those in the comments below, and share around with friends (not enemies) if you found this article interesting!

With that said, may the Force be with you—always.