While for most death is the end of their story, this isn’t the case for some in the galactic universe of Star Wars. For a select few, there is life after death, and they are known as Force Ghosts.

The premise of Force Ghosts has always been an intriguing one to many in the fandom, consequently raising significant questions about them.

One of the most major queries being whether or not the Force Ghosts can interact with the physical world, let alone fight. This is exactly what we will be uncovering in this article, so follow along as we dive in.

What Is a Force Ghost?

Before we can get into the meat of the matter, we must first understand what a Force Ghost is.

Force Ghosts were Force-sensitives whose essence and consciousness was preserved after their passing.

Since the Force exists within all living beings, once one dies they are naturally returned to the Force. However, there are few Force-sensitives who maintain their identities and essentially become immortal.

In order to become a Force Ghost one must be specially trained and share a strong connection to the Force. Unfortunately (or fortunately depending on who you root for), this skill has only been achievable by Jedi. 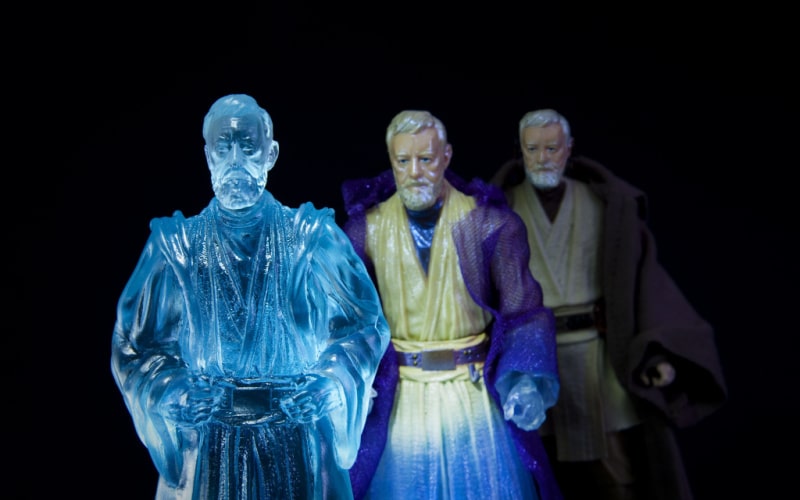 Becoming a Force Ghost requires the Force-sensitive being in question (in this case the Jedi), to be fully immersed in the light side of the Force. One must die selflessly, making a major sacrifice for the good of another living being or group.

This specific requirement works in tandem with the Jedi Code, which essentially stipulates that the Jedi must be the emotionless, peacekeepers of the galaxy.

Of course, this means that the Sith and other dark side Force users are incapable of becoming Force Ghost. Still, they have created their own technology which gives them a similar effect, known as Sith Spirits.

Can Force Ghosts Interact with the Physical World?

Well, according to Wookieepedia, Force Ghosts can interact with the living just not on a physical level due to their physical form vanishing. However there is evidence to the contrary.

This is seen when Obi-Wan Kenobi sat on a rock while talking to Luke Skywalker in Return of the Jedi.

Now, there was debate as to whether or not Kenobi merely projected an image of himself perched on a rock to seem more realistic and personable to Skywalker, but there were other instances that suggest he could have interacted with the actual rock.

In The Last Jedi, Jedi Grand Master Yoda can be seen summoning a lightning bolt from the sky, subsequently setting a tree on fire. All this was done while he was a Force Ghost.

In other words, it is theoretically possible that the spirits of the fallen Jedi could momentarily attain tangibility by drawing on the Force connection within the object (or living being) they wish to interact with.

Right off the bat, we can say that Force Ghosts cannot fight. This may be a tad confusing considering Yoda’s Force Ghost had the ability to set a tree ablaze, so let me explain.

Force Ghosts cannot fight physical beings. As mentioned before, they only possess the ability to interact with palpable objects and beings temporarily. Thus, it is theoretically impossible for a Force Ghost to fight a physical person.

To that end, because of this momentary tangibility, it would be virtually impossible for a physical person to successfully fight a Force Ghost.

The Jedi Code: History and Ideology

Since all Force Ghosts are the most selfless and dedicated of Jedi, fighting was not something they would often think about.

In terms of whether or not Force Ghosts could fight one another, they technically could. Because they are fighting in the same form, they could interact with each other in a physical sense.

Even so, Force Ghosts usually did not opt to fight one another, rather they compared, and often competed to see who’s influence over the living is stronger.

Can They Use Lightsabers?

Force Ghosts cannot wield lightsabers because, once again, they lack the permanent tangibility to do so.

In The Last Jedi, Luke Skywalker was able to use a Force Projection which depicted him with a broken lightsaber. While this is not exactly the same as a Force Ghost, it is quite similar and follows the same basic concept.

The lightsaber Luke was holding then and in The Rise of Skywalker could not have been a real lightsaber. Thus, it was merely a conveyed image.

Can They Be Killed? 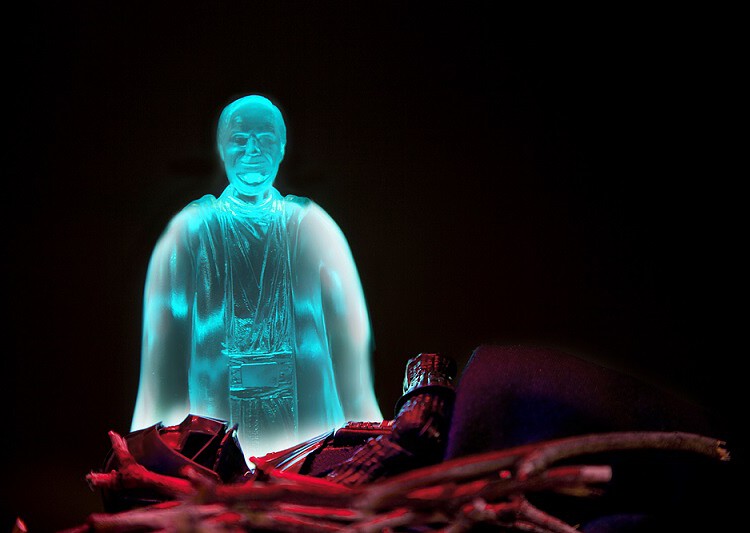 As we have already established, Force Ghosts are immortal which means they cannot be killed.

What’s more, as mentioned in a Reddit thread, Force Ghosts have been fully integrated into the Force. Thus, they can technically exist as long as the Force exists. Which means they can, in theory, remain for as long as the universe itself.

Now, many have argued that this is a change brought about with the newer canon version of Star Wars. This is an understandable viewpoint as in the old canon version, the Force Ghost appeared to have limited functionality, and would eventually just cease to exist.

Over time their strength and connection to the Force would fizzle out, causing them to fade away.

Can They Be Killed By Other Force Ghosts?

Since Force Ghosts cannot die or be killed, they cannot be killed by other Force Ghosts. Nevertheless, they can interact with one another if need be. This interaction can happen in the same way it does between a Force Ghost and a physical, living being.

What’s more, we already know that all Force Ghosts are Jedi who died in a selfless (and probably heroic) manner. What this means is that it is quite unlikely that any Force Ghost would consider harming another one.

More often than not, they would attempt to compete against each other to see who has the better control over the Force, or influence over a living being.

Force Ghosts bring to life the fantasy we all have of what it would be like to be immortal. The Force Ghost were the best of the best Jedi, the ones who died valiantly would have been rewarded with miraculous immortality.

While it must have been awesome to technically live forever, the Force users did have some limitations. That is, they could not fight, or use a lightsaber because of their limited ability to interact with their physical surroundings.