Dieting has always been a touchy topic for most people in life. Whether you are strictly vegan or subscribe to a keto diet, your diet is special to you.

People from every angle of the diet spectrum butt heads, thinking that their way is the right way. This is completely wrong thinking, and fortunately, Star Wars does not follow this trend.

In the Star Wars universe, whatever individuals choose to eat is completely their business. No one is put inside a bubble and forced into doing something that they did not want to do.

Now you may be thinking, does this apply to the Jedi as well?

This question is completely valid, as all Star Wars fans know that the Jedi have a very strict set of rules that they must adhere to.

However, the Jedi are completely free to consume whatever foods they want! Shocking right? No restrictions, no limitations. The Jedi have full liberty to indulge in whatever meal they desire.

Nevertheless, does that dietary free will include meat for the Jedi?

Don’t worry, this is an important question that will be answered in this article. Just keep reading. 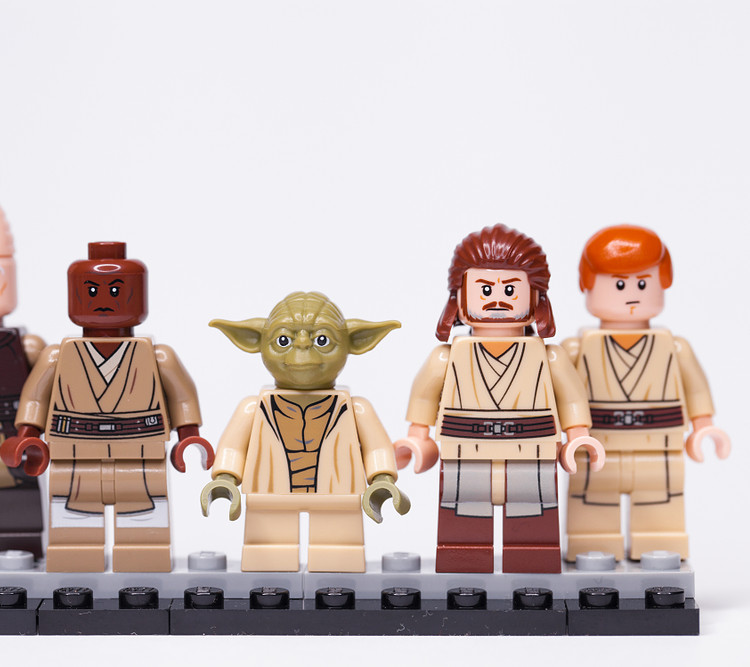 Every single person in the Star Wars fandom knows how strict (and honestly quite strange) the Jedi Code is. They have to be so intertwined with the Force that they aren’t even allowed to build familial connections because that would require the use of emotions.

Once studied, the Jedi Code does not outrightly state that the Jedi are not allowed to eat meat. As a matter of fact, there is no rule that speaks to what the Jedi should and should not put into their bodies. Yet there is the rule that states, “Jedi respect life, in any form.”

The Jedi are deeply connected to the living aspect of the light side of the Force. For that reason, they are well aware that the Force has had contact with every living thing, whether they eat it or not.

The first thing that jumps out of the rule is “Respect for life.” Even so, life is a cyclic thing that does not happen if one aspect is removed.

The Jedi recognized this truth and knew that they too were a part of the cycle.

Therefore, they did partake in the consumption of meat and other animal products. So long as the life of the animal was respected during the harvest, then they have adhered to the Jedi Code.

Of course, there are those who made the choice to follow the path of Veganism or Vegetarianism.

What Foods Do Jedi Eat?

With dietary preferences being the one aspect of a Jedi’s life that is not restricted, the possibilities are endless.

Whether they want an entire turkey dinner to themselves or they feel like having a light salad, the Jedi get to toss caution to the wind and have a field day!

To be sure, the meals in Star Wars are definitely not as simple as a mere turkey dinner and basic salad. They are far more complex and straight-up creative.

What are some of these interesting meals, you might ask?

Well, here are some of the foods Jedi have been known to eat.

Remember that turkey dinner mentioned earlier? Well, this is the Star Wars equivalent to that. Nunas are sort of like swamp turkeys, native to the planet Naboo.

These nunas are then captured and prepared for the meal. This dish was first seen in the Voyage of Temptation during the Duchesses feast.

One could imagine how good they were based on the mouth-watering image. Sadly we would never know as the feast was cut short due to an assassination attempt. 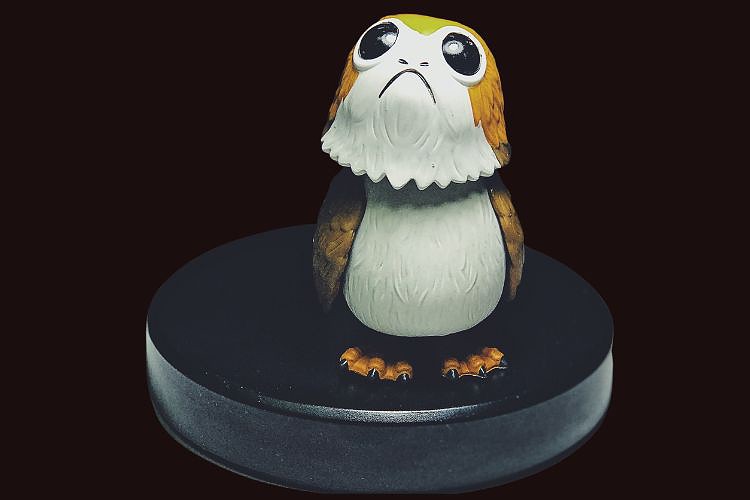 Okay, this meal seems barbaric after seeing how heart-meltingly adorable porgs are. Porgs are beakless birds that are indigenous to the planet Ahch-To.

To add to the pain, the sweet porgs had a charming personality.

As a matter of fact, in Star Wars: The Last Jedi, these little angels shared a lot of screen time with Chewbacca and added a bit of comic relief to the otherwise serious arc of the franchise.

Unluckily for the little character reminiscent of a puffin, Chewbacca decided to roast one upon meeting them. Even more unlucky, they looked delicious!

Another local of the Naboo planet, this is a creature straight out of a Tim Burton novel. The Colo Claw Fish is a flat critter found at the depths of the Naboo seas.

I’m not sure what convinced people that this thing of nightmares would be good to eat, but they did it anyway. In fact, Dryden Vos gives Han Solo a caviar looking meal that is believed to come from the Colo Claw Fish.

This list is in no way definitive. There are tons more delicacies that Jedi enjoyed. Take a look at this video to see some more.

Understandably, the Star Wars community has questions surrounding the meals their favorite characters ate. Have no fear, the answer is here.

Without further ado, here’s the answer to what diet Yoda and Luke Skywalker had.

Are Yoda and Luke Skywalker Vegetarian? 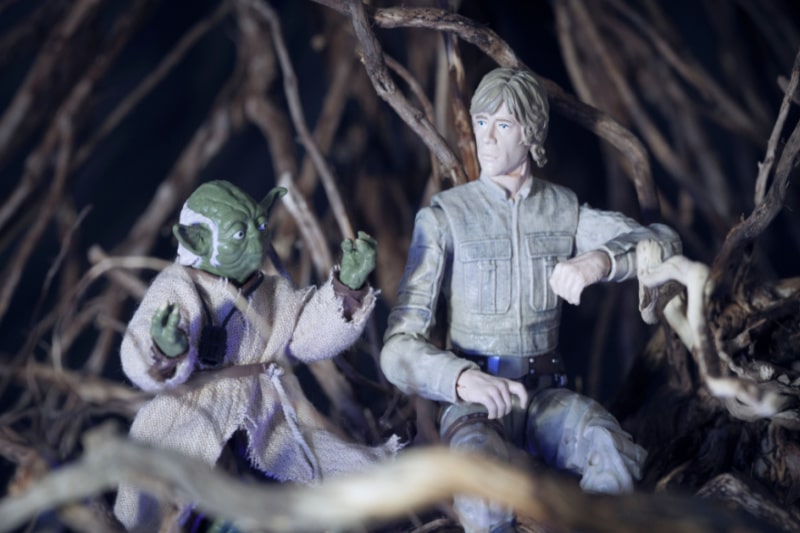 Yoda was a being of wisdom, mystery and, quite frankly, one of the most integral parts of Star Wars. Due to his peaceful nature, many believed that Yoda would not even hurt a fly, let alone eat an animal.

However, thanks to the adorable present-day icon, Grogu, affectionately known as “Baby Yoda,” we now know that this isn’t exactly true. In The Mandalorian, Baby Yoda ate almost everything in sight.

In all his cuteness, he did, however, show himself to have a preference for frogs. A preference that Yoda himself has been shown to have throughout the Franchise.

While he is not Vegetarian in the traditional sense, Yoda does refrain from all other forms of meat apart from frogs.

In the case of Luke Skywalker, much isn’t inherently known about his diet. He spent most of his life as a hermit, and there some confusion arose about what he ate.

However, upon observing his habits and surroundings during his exile on Ahch-To it is seen that there are dried fishes and their carcasses hanging around.

Thus, based on this, it is safe to assume that Luke followed a pescatarian diet.

This is one where the individual does not consume any other meat but fish.

Star Wars constructed a world where almost anything is possible. Because of this, it makes sense that there would be little to no restrictions on the food eaten.

As a Jedi, there are restrictions on many other major parts of their lives. So it must be quite refreshing to have free reigns to consume whatever they please.

They were not forced into vegetarianism nor were they forced to go vegan per the Jedi Code. So long as they were respectively of life, they could spoil themselves with whatever food they wanted.

This sounds like an absolute dream for all of us in the real world.

Nevertheless, what would you do if you could eat absolutely anything you wanted?