Following the founding of the Galactic Empire, Darth Vader landed on an unidentified moon and found Ahsoka Tano’s lightsaber. After confirming it to be hers, he pocketed the lightsaber and used it as evidence that his former apprentice was dead.

It’s unclear when Vader found Ahsoka’s lightsaber. But The Clone Wars finale implies it was sooner than 19 BBY.

Vader’s body language shows he felt a hint of emotion when he found the lightsaber. And the climax of Star Wars Rebels implies he cares for Ahsoka.

When Did Vader Find Ahsoka’s Lightsaber? 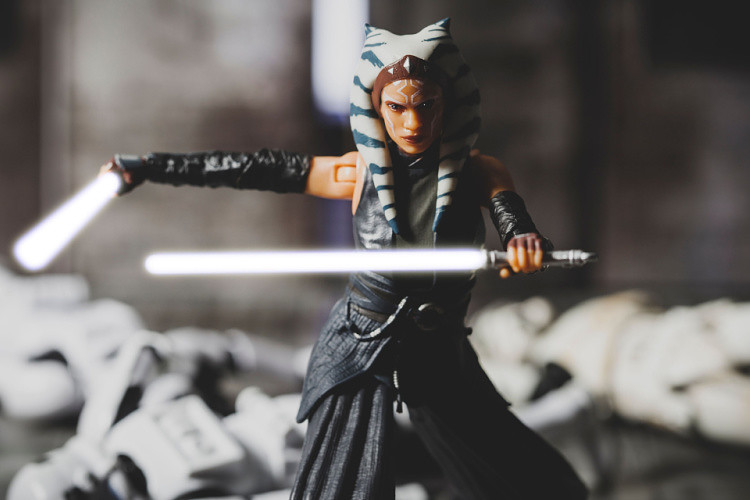 During the Season Seven Finale of The Clone Wars, Ashoka crash lands on an unnamed moon following the Siege of Mandalore. She buries both her lightsabers and her deceased clone troopers.

Sometime later, Vader visits this unidentified moon that’s now covered in snow, finds a rusting clone trooper helmet, and a lightsaber he confirms to have belonged to his former apprentice.

However, it’s not clear as to the exact moment Vader found Ahsoka’s lightsaber. Vader, by this point, is wearing his black cyborg costume, so it definitely took place following the events seen in Revenge of the Sith.

Vader did not appear in The Clone Wars finale until the last scene. And since the Season Seven Finale also served as the series finale, we will never know for certain how long after Revenge of the Sith did Vader find the lightsaber.

One major clue fans have pointed to involves the fact Vader had his red lightsaber during the discovery.

Snow also partially covered the grime and rust-covered clone trooper helmet. The helmet’s paint is also faded, meaning the moon had gone through several rotations around its planet.

It’s also a moon whose climate changes with seasons since when Rex and Ahsoka landed, it was dry and not ice-covered.

Given the helmet’s condition and the snowy season, it implies at least one year passed before Vader found the lightsaber.

Also, with the presence of storm- and snowtroopers, the Clone Army had either already transitioned or was in the process of transitioning into Stormtrooper Legions.

How Did Vader Feel When He Found Ahsoka’s Lightsaber? 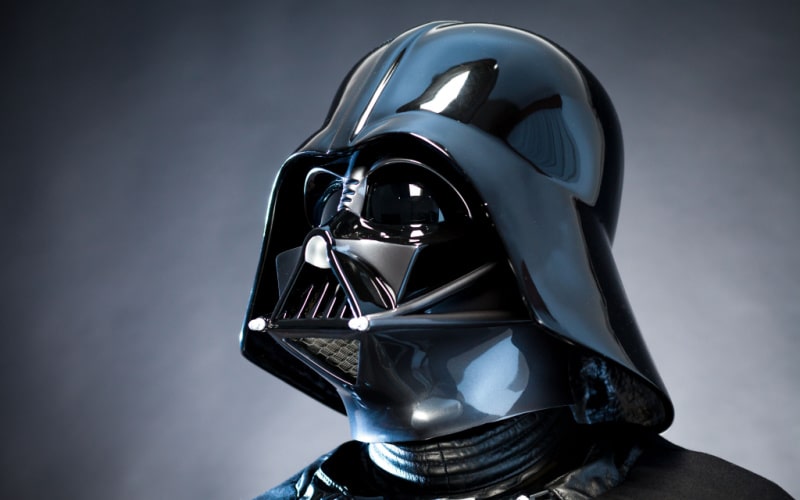 What Darth Vader may have felt clues us in even more as to when he found Ahsoka’s lightsaber. While the scene contains no monolog, Vader’s body language tells us how much of Anakin remained in him at the moment, and that he felt something upon the discovery.

While Revenge of the Sith implies Anakin is no more after Vader yells his infamous, “Noooo,” when Darth Sidious reveals his anger killed Padamé. However, The Clone Wars finale shows something a little different.

It requires close attention to detail and a few viewings to catch everything. But when you sit and watch the show’s final scene, it’s easy to piece together that Vader felt something.

For one, Vader stops and surveys the crash site. This is the first clue. Had he felt nothing next to arriving to confirm a crash site, he would have turned and walked away.

Next, Vader notices the lightsaber and kneels. In our galaxy, kneeling has always been associated with respect toward a fallen or missing soldier, further implying the emotional Anakin is still hanging by a thread.

When Vader picks up the lightsaber, he reveals yet another clue when he brushes off the snow with his free hand. As though ensuring beyond the shadow of a doubt, this was his former Padawan’s lightsaber, one he gifted to her.

Curious, he ignites the blade, knowing if it’s blue he can confirm it’s Ahsoka’s. Such confirmation signifies he found closure regarding what happened to Ahsoka. He also spots the Moirai, where we also see Vader’s eyes behind his helmet, shining for the briefest of seconds.

The End of Anakin?

While what Vader felt implies there’s still a piece of Anakin left in him, it’s also easy to theorize that upon believing Ahsoka to be dead, it in turn killed off that final piece. Or at least so Vader thought, since at this point, he lost everyone associated with his “old life.”

He lost Padamé, he lost Obi-Wan Kenobi, and now, he believes he lost Ahsoka and is now free to move on with his full allegiance to the Sith.

Anakin would not surface again until Vader crosses Luke Skywalker, in which he finally redeems himself following Return of the Jedi minus a brief moment in Star Wars Rebels.

What Did Vader Do With Ahsoka’s Lightsaber?

After finding Ahsoka’s lightsaber, Vader pocketed it, and walked away, never looking back at the wreckage and the makeshift clone trooper graveyard.

While he took the lightsaber to supposedly confirm Ahsoka’s death, some speculate Vader formed a plan in his mind to use her abandoned lightsaber as evidence while not truly believing her to be dead. If this was the case, he was right.

Ahsoka and Vader meet again in Star Wars Rebels during the Season Two Finale, Twilight of the Apprentice.

In that episode, Vader does not look surprised to see Ahsoka alive, further implying he believed all along Ahsoka to be alive.

Did Vader Care About Ahsoka?

Vader’s actions in the final scene of The Clone Wars show he cared about Ahsoka.

During their lightsaber duel in the Star Wars Rebels episode, Twilight of the Apprentice, Vader drops another clue he cares about Ahsoka.

When she refers to him as “Anakin,” and says she wouldn’t leave him, Vader pauses, before reigniting his lightsaber and re-engaging her in combat.

Then You Will Die - Anakin Retreats Into Vader | Rebels Edit.

You can also see the hesitant look in Vader’s eye when she uses his original name. He also called out to her first, further showing he cares about Ahsoka. It once again shows Anakin never fully left, which would set the stage for his final redemption in Return of the Jedi.

Vader speculated he still had some of the light side in him when he became one with the Force in Return of the Jedi.

While Luke made him realize this, it’s logical to point out that, given the clues he cared about Ahsoka, a piece of Anakin Skywalker always remained.