When a Sith Apprentice is ready to be promoted to the rank of Sith Lord, they are given a new name by their master. The new name comprises both the moniker of “Darth” and a new second name to go along with it.

The term “Darth” (which translates to “Dark Lord”) was often worn as a badge of honor. It was mainly given to those who proved their loyalty to the dark side of the Force and the Sith Order at large.

When gaining this new name, which matches their dark side affiliation, the Sith Lords are stripped of their former names completely. This is opposed to the title Darth simply being added to their already existing name.

In the case of Darth Vader, his name was changed from Anakin Skywalker by Emperor Palpatine. This raises the question of why the Emperor chose the name, Darth Vader.

That question and more will be answered in this article. Let’s dive in.

How Did Palpatine Come Up With Darth Vader? 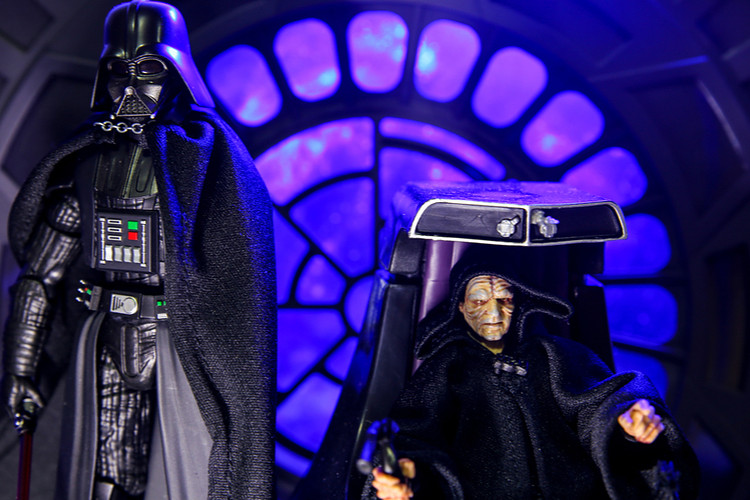 Anakin Skywalker was given the new name Darth Vader by his master, Emperor Palpatine (Darth Sidious).

Naturally, many fans wonder how Palpatine came up with the denomination “Darth Vader”?

To some, it seems as though Palpatine pulled the name out of thin air. While this isn’t exactly true, Darth Vader’s name did come from the Force.

According to the novelized Revenge of the Sith, Palpatine placed his hand on Anakin’s head and said, “Then it is done. You are now with the Order of the Dark Lords of the Sith. From this day forward, the truth about you, my apprentice, now and forevermore, will be Darth…”

The Emperor paused and searched the Force for an answer. It was then that the Force responded with the name Vader. 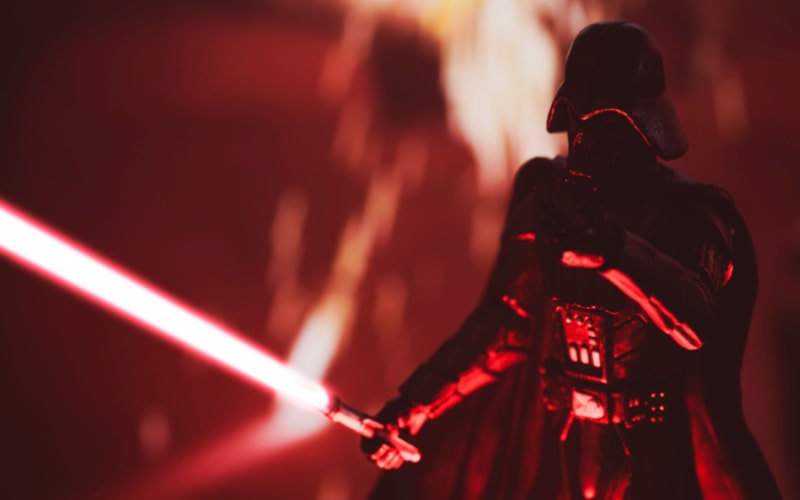 While there is no in-film or novel indication of why Darth Vader was given that name, George Lucas had a reason. So what exactly does the name mean?

Initially, it was believed that Vader stood for “Father”, making his entire name translate to “Dark Father.” While this may be true, this was not Lucas’ intention at first.

George Lucas had a long history of naming his Sith Lords after something that appeared to be threatening, such as Maul, Tyrannus, or Sidious.

As such, it is possible that when he used the name “Vader”, he was following the same trend as the other Sith Lords.

What’s more, in the early stages of the Star Wars script, Darth Vader and Anakin Skywalker were two separate individuals.

Darth Vader would have been the stony-hearted killer we’ve always known, whereas Anakin would’ve been a thriving Jedi and father to Luke Skywalker.

Ergo, if Darth Vader wasn’t meant to be Luke’s father, then it wouldn’t have made much sense for the Sith’s name to be “Dark Father”.

Lucas saw this opportunity and ran with it, pushing the narrative that Darth Vader essentially means Dark Father.

This worked out perfectly, as Darth Vader became Anakin’s dad and he also seemed to be the figurehead behind many of the dark side’s operations (behind Palpatine).

How Did Darth Sidious Get His Name?

Just like every other Sith Lord, Darth Sidious had to be given his name by his master.

Trained by Sith Lord Darth Plagueis, Darth Sidious began his life as Sheev Palpatine. Plagueis was one of the rare Sith who did not care for power like the rest of the Order. Instead, he lusted for immortality.

Together, he and Sidious worked on experiments that allowed them to create life with midi-chlorians. The pair achieved great feats in the progression of the Force, and Plagueis gave Palpatine the name “Sidious,” presumably for his insidious nature.

Darth Sidious was so ruthless and cunning that he murdered his master and used his teachings for many things, from cheating death on multiple occasions to midi-chlorian manipulation. But more on that later.

He proceeded to use the story of his master’s death to further lure Anakin Skywalker to the dark side of the Force.

With a character as completely enthralling as Darth Vader, it’s only natural for questions to consistently arise about him.

Many fans have wondered why Palpatine was so adamant about getting Anakin to join him. What was their relationship?

So without further ado, let’s answer this question. 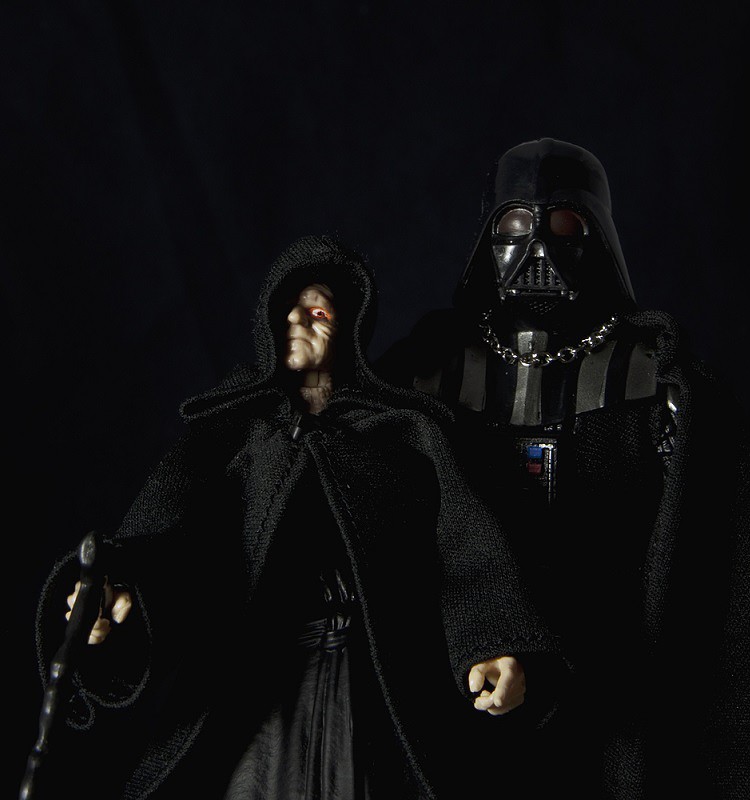 This was purely rumors and fan theories, but the comic Darth Vader: Twenty-Five makes it seem as though they were true.

In the comic, Darth Sidious is telling Anakin Skywalker about how wise Plagueis was.  Darth Sidious murdered his master once they successfully figured out how to create life using midi-chlorians.

Then it was depicted in the comic that Anakin’s creation was a result of midi-chlorian manipulation performed by the Emperor himself. Understandably, this led to fans hypothesizing that Palpatine is Anakin’s dad.

This is a fair assumption, especially since Shmi Skywalker doesn’t seem to know exactly how the conception occurred (or rather, she doesn’t say).

Even with all the evidence pointing towards Palpatine being the father, this isn’t correct.

In fact, Matt Martin of Lucasfilm stated in a tweet that the comic was not intended to prove the theory to be right. It was merely misinterpreted.

It is theoretically possible that Anakin would have already been gestating and Palpatine just had a hand in altering his midi-chlorian levels so that he could be the Chosen One.

Whatever the reason, one thing we do know for sure is that Anakin is not the child of Palpatine.

Whenever a Sith Apprentice moves up the ranks to become a Sith Lord, they are given an entirely new name, beginning with the title “Darth”.

This name is bestowed upon them by their masters, and in the case of Anakin Skywalker, his new name became Darth Vader. The reasoning behind this choice is twofold.

One is that his master, Darth Sidious, chose his name based on what the Force wanted for Anakin. The other reason is that George Lucas wanted to ensure continuity in the menacing names of his Sith Lords.

Although it wasn’t his initial intention, George Lucas leaned into (and even spread) the rumor that Darth Vader is essentially translated to “Dark Father.” Which became appropriate since the script eventually made Darth Vader the father of Luke Skywalker.

The Star Wars community also came up with the hypothesis that Darth Sidious was the father of Anakin Skywalker.

While there was a moment in the comic where this appeared to be true, it was debunked by Matt Martin, who worked on the comic. Thus, the true identity of Anakin’s father remains unknown.