Living up to the name “Star Wars,” the galaxy has had its fair share of wars. There have been ongoing battles such as the Mandalorian-Jedi War and the Jedi-Sith War.

Then there were more one-off, but arguably more impactful conflicts, such as the Galactic Civil War, the Invasion of Naboo, the Battle of Geonosis, and, of course, the infamous Clone Wars.

As important as these battles are, it becomes imperative that the timelines of when they occurred are established. Today, we will be doing an in-depth analysis of the Clone Wars, how long it lasted, and more.

What Were the Clone Wars? 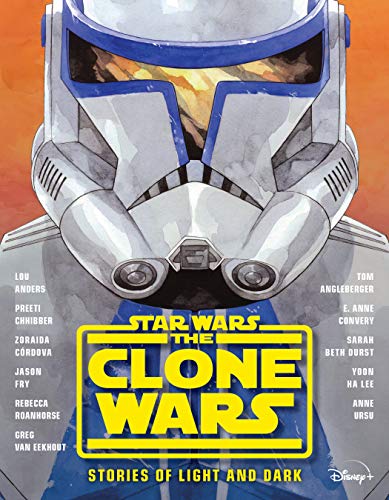 Before we get into the run time of this battle, we must first understand what it was.

The Clone Wars were a galaxy-wide battle that occurred between the Galactic Republic and the Confederacy of Independent Systems, who had just declared their independence from the Republic.

As one might expect, the war got its name from the thousands of clone troopers the Galactic Republic created to fight their battles for them.

Operating under the collective moniker of the Grand Army of the Republic, the Clone Troopers had to face off against the Separatist Droid Army.

These two armies were the most monstrous military forces in the galaxy, so a fight between the two caused the war to ripple throughout the galaxy.

So who was responsible for the Clone Wars?

Of course, no one was surprised to learn that the mastermind, Darth Sidious, orchestrated the Clone Wars. Operating under the name Sheev Palpatine, Darth Sidious spent years climbing the political ladder until he eventually became the Republic’s Supreme Chancellor.

In this position, he used his mentee, Count Dooku, and birthed the Separatist Crisis. The crisis led to the newly formed Confederacy, which had none other than Count Dooku as its Head of State.

Both sides of the conflict had massive firepower and political backing, which is why the battle looked like either side could emerge victorious. Both sides wanted control of the Hyperspace Lanes to use against one another.

Thanks to Jedi Anakin Skywalker’s alliance with the Hutt Clan, the Republic won the battle for the Hyperspace Lanes, but they ultimately lost the war.

You see, Palpatine worked tirelessly in the background to lure Anakin to the dark side, which he succeeded in doing. When Anakin became Darth Vader, he was already filled with hatred and anger towards the Jedi Order and the Republic at large.

During the last years of the war, the Confederacy lost a lot of its troopers, as well as its leader, Count Dooku, in an assault.

Dooku’s successor, General Grievous, had a lot on his plate at that time, as he had to simultaneously deal with the Battle of Utapau and the slaughtering of the Separatist Council on Mustafar.

This was fine with Palpatine as he only truly cared about the Galactic Empire’s victory, not that of the Confederacy.

This is where Order 66 comes into play. Armed with his newly corrupted Clone Troopers who viewed the Jedi as the enemy (as well as his powerhouse of a Sith Lord, Darth Vader), Palpatine must’ve felt like the war was won.

Leading the assault, Darth Vader and his team stormed the Jedi Temple and massacred any and every Jedi in sight. This led to a whopping 99 percent of the Jedi Order being wiped out and the Republic’s largest army being unusable.

Ergo, Palpatine got exactly what he wanted and the Empire emerged triumphantly.

According to Canon, How Many Years Did the Clone Wars Last?

Based on the chronological order of Star Wars, it has been made clear that the Clone Wars lasted three years.

The Clone Wars began with the first Battle of Geonosis in Attack of the Clones, which led to the final Battle of Utapau, as well as the other battles in Revenge of the Sith. To be more precise, the exact years of the Clone Wars were from 22 BBY to 19 BBY (Before the Battle of Yavin).

As we saw, a great deal happened in that seemingly short three-year period.

Anakin became a Jedi Knight and took on Ahsoka Tano as an apprentice. Emperor Palpatine took a liking to him and saw him as the key to the dark side’s victory.

Palpatine manipulated Anakin into seeing the light side, as well as the rest of the Jedi Order, as the enemy. He had Anakin convinced that the dark side was the only way to save his loved ones, and Anakin fell for it.

From that point onward, he became one of the most ruthless, cold-hearted, dark-side warrior, who went on to murder hundreds of Jedi.

How Long Were the Clone Wars, Actually?

Even though it was clearly stated throughout the franchise that the Clone Wars lasted for three years (from 22 BBY to 19 BBY), there is still some speculation that this may not be accurate.

Many in the Star Wars community have taken a look at the events that transpired while the Clone Wars raged on, and something just doesn’t make sense.

There were multiple character development arcs. Apart from Anakin’s relinquishing his light side affiliation and becoming a stone-cold beast. There was also the creation, training, and overall growth of General Grievous.

Grievous became so strong in his combative skills that he killed several Jedi until his eventual demise on Utapau. Usually, years of extensive training are needed to get to that level of combative excellence.

Additionally, there were hundreds of planetary sieges and a plethora of other battles that occurred during the time of the Clone Wars.

It must also be taken into consideration that both sides seemed to be perfectly matched at the beginning of the war. As a result, it’s possible that in the early stages of the battle, it would have seemed as though there were no clear winners or losers.

In theory, this alone would have led the war to stretch far longer than a mere three years.

When all the other historical events (such as the inception of Darth Vader), are taken into account, it would be more realistic if the Clone Wars lasted for five years at a minimum.

The Clone Wars was perhaps one of the most intense and character-defining conflicts the galaxy has seen.

Anakin went from a Padawan to a somewhat entitled Jedi Knight, to the Emperor’s right-hand man. Also, General Grievous was created, trained intensively, and killed in battle.

Palpatine climbed the political hierarchy, essentially stole Anakin from the light side, and was the mastermind behind Order 66. All these things and more happened in a mere three years, from 22 BBY to 19 BBY.

Sometimes the chronology of events in the galaxy are a bit difficult to follow, which is exactly why many fans don’t trust that the entire unfolding of the Clone Wars occurred in three years. It would make a lot more sense if, at minimum, the war lasted five years.