Anakin Skywalker was one of the most unpredictable and legendary characters in Star Wars. He was a Force-sensitive human who not only became a Jedi Knight but also had a stint on the dark side.

In fact, thanks to Anakin Skywalker shifting paths from light to dark, fans everywhere were given the most iconic character of the franchise. Of course, this is none other than the man himself: Darth Vader.

But we’re getting ahead of ourselves. Before he became the Dark Lord that we all know and hate to love, he did a lot of good while on the light side of the Force.

Given how amazing Anakin is, it’s natural to wonder about his timeline and when exactly everything occurred.

So, without further ado, here’s the information regarding Anakin Skywalker and his journey from the light side to the dark side of the Force.

When Did Anakin Become a Padawan?

Firstly, for those who don’t know what a Padawan is, no need to fret. Let me explain.

A Padawan is a Jedi apprentice. That is a young, Force-sensitive person who is taken under the wing of a Jedi Knight or Jedi Master. Under their tutelage, a group of Padawan is taught the ways of the Force.

In addition to that, they are trained in all things Jedi. Everything from the Jedi Code to techniques they can use to ensure they remain on the path to the light of the Force.

The Padawan is generally extremely young. And, at the mere age of nine, Anakin became a Padawan.

To us, that’s immensely impressive. A nine-year-old doing something as outstanding as becoming a Jedi would seem crazy to us. They would instantly be deemed a prodigy.

However, in Star Wars, age nine was actually on the older end of the Padawan spectrum.

When Did Anakin Skywalker Become a Jedi Master?

In the Jedi Order, the rank of Jedi Master is reserved for the best: the Jedi Knights who have proven themselves to be wise as well as powerful beyond their years.

The Jedi Masters are then responsible for training the Padawan in the way of the light side of the Force. What’s more, Jedi Masters were the only ones in the Jedi Order who were allowed to be a part of the Jedi High Council.

That was until Anakin Skywalker came along, like the torpedo he is, and became the exception to that rule.

Despite never actually becoming a Jedi Master, Anakin was allowed to sit on the Jedi High Council as a representative for Sheev Palpatine, otherwise known as Darth Sidious.

The major reasoning behind Anakin never receiving his Master status, despite meeting the criteria, is his poor relationship with the Council.

There was a certain amount of distrust between both parties that undoubtedly contributed to the decision to not promote Anakin.

When Did Anakin Become a Jedi Knight?

A Jedi Knight is the term used for a Padawan who successfully completed training. They must also have passed the Jedi Trials, and have officially become a part of the Jedi Order, in order to move up the ranks to Jedi Knight.

What Were the Jedi Trials

These Knights were one rank below the Jedi Masters, which came with some restrictions. Of course, being of a lower rank, Jedi Knights had to prove themselves worthy of the title.

Anakin Skywalker had absolutely no problem proving himself deserving of the rank of Jedi Knight. He was able to achieve this feat in 22 BBY (Before the Battle of Yavin).

But at exactly what age did he get this title? How long did it take him to climb up the ranks?

Keep reading as we delve into these questions.

At what age did Anakin become a Jedi Knight?

Anakin Skywalker made the first of his journeys on the light side at the age of nine. From the beginning, he worked hard with his appointed teacher, Obi-Wan Kenobi, and climbed up the ranks.

He soaked up every bit of knowledge he was given and put it into practice. In view of the fact that he was an exceptional student and an even better Padawan, Anakin was able to pull off his promotion in record time.

At the paltry age of nineteen, Anakin Skywalker was knighted and officially able to say he was a part of the Jedi Order.

How long did it take Anakin to become a Jedi Knight? 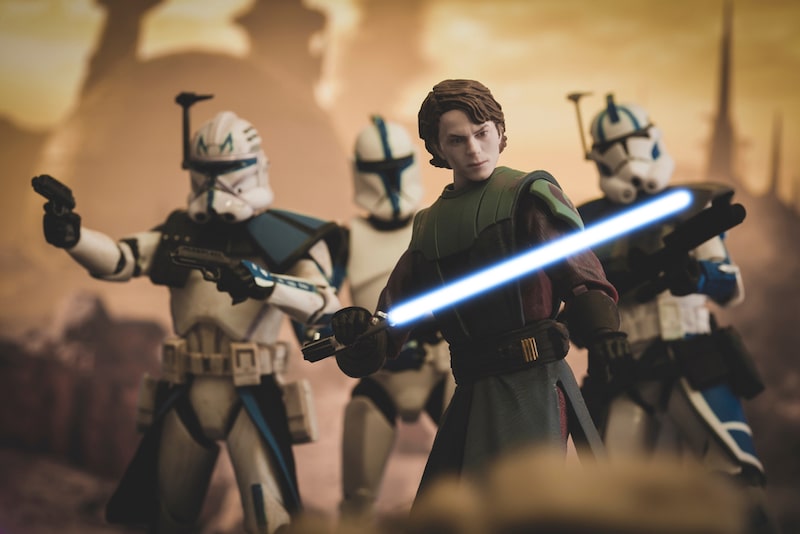 Anakin Skywalker had a natural aptitude for the Force. Add to that his ability to retain knowledge at an unparalleled rate, and this young’in was a sight to be beheld.

Even though he became a Padawan later than most, Anakin’s dedication allowed him to attain the status of Jedi Knight only ten years after.

Generally, it takes fifteen to twenty years to pass all the Jedi Trials and successfully complete training. Not for our boy Anakin, though. He was able to slice that time in half.

The Star Wars fandom is not exactly sure if this feat is because of pure natural talent, dedication, or Obi-Wan Kenobi being an outstanding teacher.

What we do know is, whatever he did clearly saw results.

When Did Anakin Become a General? 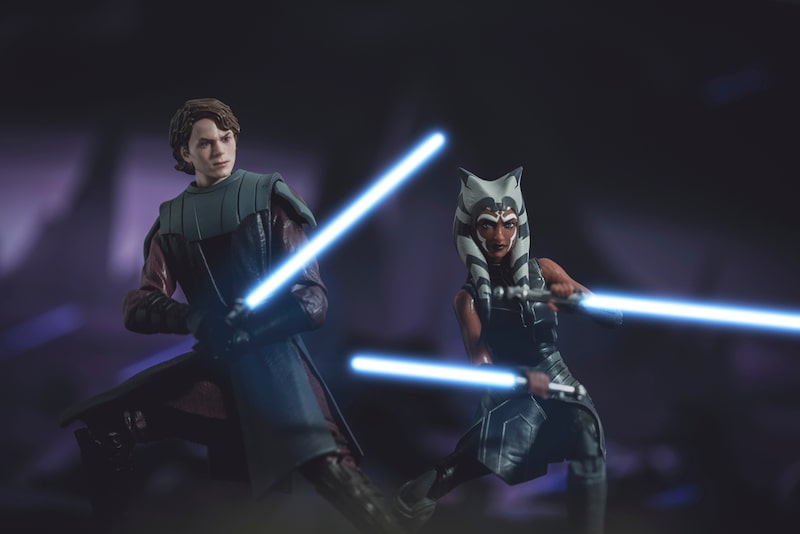 During the Clone Wars, the Jedi Order had to change its ranking a bit to accommodate the changing time. Due to this change, Padawans became known as Commanders.

This system did not make much sense once given some thought. Padawans, and Jedi in general, were being trained to be peacekeepers, whereas the clones were training day and night to destroy them.

In addition to the Commanders, the Jedi Knights and Jedi Masters were called Generals from then on. Thus, based on this information, Anakin Skywalker became a General as soon as he was knighted, as the Clone Wars began in 22 BBY.

Anakin Skywalker was an impressive character that was determined to achieve his goals since age nine. He entered the Jedi training at the stage of Padawan, willing to do whatever it took to climb the ranks.

Not only was he able to become a Jedi Knight in record time, but he was also the first Knight to hold a spot on the high Council. Even if it was in the place of someone else.

Unfortunately, Anakin was later rejected from being further promoted to the rank of Jedi Master. Quite frankly, he was deserving of that rank, as he did all he could to adhere to the Jedi Code.

Anakin never becoming a Jedi Master is arguably one of the catalysts that pushed him into fully embracing his dark side and becoming Darth Vader.