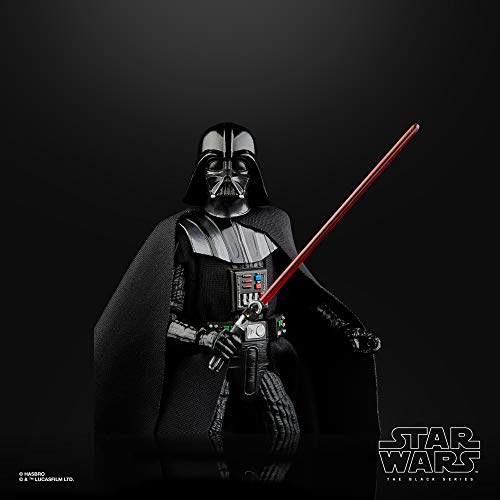 Within the fandom wars, Lightsabers have been our favorite weapons to use in combat. Everybody loves to show off their laser swords as they fight a fellow fan.

But when we think about it, Lightsaber combat is more than just two people swinging at each other. It follows a certain method and form, making it less of a fighting style and more of an art.

So the question becomes, what were these combat styles the Sith and Jedi were using? What are some of the most aggressive forms? Or perhaps the most powerful one? This could be a tricky one to answer.

These seven forms are in a specific order. Going down the list, you will see the uniqueness of each lightsaber form.

These are the few lightsaber forms that the franchise encompasses. A lightsaber form may be defined as a fighting style that is distinctive in combat.

Apart from the fan theories that occasionally surface, with the latest predictions, there are only 7 lightsaber forms known and seen in the Star Wars movies.

When a Force-user uses a lightsaber, they tend to choose one or two of these fighting styles while in battle. But like any other combat, it depends upon the situation you are in. Certain situations will utilize some forms better than others.

For example, the Jedi had to learn a variation of Shien that allowed them to deflect blaster fire during The Clone Wars to adapt.

Hence, you need to know your moves, style of fighting, and the situation you are in to determine what forms of the lightsaber can fit best for that specific battle.

The Most Aggressive Forms of Lightsaber Combat

Ataru or the fourth form is the basic lightsaber form to encounter enemies. It has all the components needed to break down the enemy and leave you standing as the winner. It is referred to as the aggressive form or the way of the Hawk-Bat.

Using this lightsaber form, you will know the reason behind its name. It has a hawk speed which, combined with ease in mobility of a bat, makes the fighter aggressive in his demeanor.

What else do you need in a battle? Most opponents have either strength or speed but combine them both and you have yourself a combat form that, when mastered, will assure victory no matter where you are in the Galaxy Far Far Away.

That is what will keep the opponent at bay. This fighting style works best in single battles when you are facing a single opponent.

This is the seventh lightsaber form. It is known as the Way of the Vornskr. But the way we see it, it should be called the Way of the one who will pin you down and defeat you.

It channels aggression in the form of intense assaults that can only be powered through emotions. These emotions are backed up with the concentrated mind of the individual following through with the attack.

It is one of the hardest lightsaber forms because it needs both the mind and body in harmony for the combat style to work with effectiveness. If one thing befalls the other, the attack could be rendered useless.

There is a variant of this seventh style, Vapaad, that has dominated the Dark Side of the Force and all those who use it. While Juyo focuses on channeling emotions, be it bad or good, the Vapaad is focused on channeling the darkness of the opponent.

The way of the Mynok, or the third form, is the Soresu. It was developed initially to combat defensive strokes in a battle for a Jedi.

As we are sure you all know, there was a concept amongst Jedi that they preferred staying on the right side of the boundary that favored harmony and peace.

But when times grew darker, such combat styles became offensive as needed. Similar is the story with this lightsaber form.

It focuses on dominating the opponent by carrying a defensive demeanor such that all the assaults coming from the opponent are either blocked or reflected with the same force.

However, its aggression comes from these reflective attacks. When the opponent is left bragging about his mastered strokes of precise and accurate moves, the Jedi on this side can easily use Soresu to let the opponent taste his own bitter medicine.

Shien and Djem So

The fifth form is a bit on the contradictory side. It has two styles combined in its lightsaber form. While one focuses on the defensive side, the other is both defensive and aggressive.

One of the components, known as Shien, can be fought when both the opponents are at a practical distance from each other within a battle.

The reason being that this form focuses on blasting off the attacks that come from the opposing lightsabers or blasters. It usually deals with the reflective power in a lightsaber and is mainly for defensive reasons.

The other component in this amalgamated lightsaber form is Djem So. This is one of those lightsaber forms that prefer the defensive and aggressive demeanor for its combat. It prefers the whole package for a dramatic battle.

This style does not require any distance, but it favors the closeness of the opponent. It works just the way a sword battle does. You need the blade action from both sides for it to work in its best form.

What is the most dangerous lightsaber form?

The Vapaad is a variant of the seventh lightsaber form, Juyo.

It is considered the most dangerous form of lightsabers because it has brought many Jedi into the exposed corners of the Dark Side of the Force. It has not done many people well because of the ferocious style that accompanies its combat.

It allows an individual to channel the intense emotions out into the combat as powerful attacks. This is the reason that it was forbidden for a long time.

Many Jedi who have embraced this fighting style have fallen prey to the Dark side. Mace Windu was the only one who did not let the negative emotions of his opponent get the best of him and mastered the true essence behind this lightsaber form.

It works best in battles that have aggressive lightsaber forms.

What is the most popular lightsaber form?

The sixth form is also referred to as the Way of the Rancor. As far as the fandoms are concerned, there are many popular lightsaber forms but when Jedi comes into a battle.

Moreover, the Force considered this style the balanced one because it could remove all the weak points that are present in the previous five forms, and only bring the best out of all those forms in this fighting style.

Another reason that it was considered to be the most balanced lightsaber form is that it favored the lack of dominance when facing another opponent. It focused on defending oneself without having to compromise the opponent’s strength.

It did not want to exhibit power as its primary source. It was developed for the same reason too. And it became quite famous amongst the Jedi.

What is the most powerful lightsaber form?

Makashi or the second form has to be the most powerful lightsaber form. The reason that we give this title to the third form is that elegance lies here.

This lightsaber form may not be ferocious or aggressive, but it can pin the opponent down with a graceful style. In its powerful moves lies precision, speed, and resourceful attacks that can be used within the combat against any Sith without the worry of failure.

It was favored by Jedi as it brought harmony into the battle. There were no offensive strikes needed as the battle required less effort than holding the lightsaber.

It gradually left the combat scenes when more aggressive lightsaber forms found their way into the eyes of the practitioners. But only the skilled with elegance in their powerful strokes could deliver and master this combat style.

As we can see from the above discussion, there are seven main lightsaber forms. But when the variants are included, the number can go up to 10. However, the discussion made above about the top picks for aggressive and dangerous lightsabers is only from our research and preference.

Do you think the same too? Or would you pick another form to replace one in the list? Do you have any personal favorites? Let us know. We all love a Star Wars discussion. Until then, may the Force be with you!

What Lightsaber Form does Kylo Ren Use?