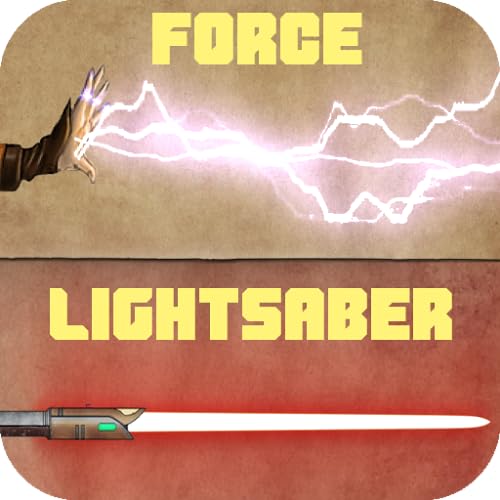 Welcome back to our pinning queries related to Star Wars. In today’s discussion, we will be briefing you about the two elements that are talked about a lot in Star Wars and whether they complement or oppose each other.

These two elements in question are Lightsabers and Force Lightning. Intriguing comparison, right? This may not have been discussed much in the fandom, but this forum right here will bring all those little details and merge them into one fine guide for your ease.

They both are known weapons in the history of the Galaxy, with Lightsabers being the signature weapon of Force Users, and Force Lightning being iconic in its association with the Sith.

What is the history behind this clash?

Lightsabers have been popularly known throughout the Galaxy Far Far Away as the only weapon that is capable of absorbing a stream of Force Lightning. The only other alternative is that a Jedi holds the lightning using the Force.

But the comparison was never made between Force Lightning and lightsabers. These weapons, if Force Lightning can be classified as one, are wildly opposite to each other.

But how well can they battle against each other on the comparison table? Without any further ado, let us see to that problem.

What is a Lightsaber? How does it work?

Lightsabers are illuminated swords that are used in combat battles in Star Wars. It is used for both offensive and defensive tactics.

It carries a crystal within its composition that makes it shine in different colors. Lightsabers are made of a plasma blade and the crystal is usually a Kyber crystal.

It was used by both the Light and the Dark sides. Both these sides have mastered using the Lightsabers as practical weapons and could detect future moves of the opponent in battle.

What is Force Lightning? How does it work?

Force Lightning is a flash of blue electrical lightning that is used by the Dark Side of the Sith as a weapon.

It is an offensive technique that is used to distort the body parts of the opponent, inflict serious pain, or torture an individual. The Force Lightning had a great intensity that could disfigure an individual to the extent that his skeleton illuminated under the attack.

Moreover, it is considered so powerful that it has completely ruined starships and troops.

Side by Side Comparison

How are they used?

Lightsabers are like swords. When you are fencing, you practice certain moves to fight your opponent.

A Lightsaber needs to be balanced correctly to be used efficiently.

Because of its weightless nature, you might think it is easy to balance but it has a long blade that can make it harder for handling.

The Sith mainly use their hands to do the Force Lightning. What happens is they channel out their negative emotions to do aggressive assaults.

The reason it originated from the Dark side is because of this same belief. They tend to manifest their darkness and hatred in these attacks which causes the intensity of such pain.

Are they safe to use?

The use of Lightsabers is dependent upon the situation that it is being used.

Lightsabers, mainly used by Jedi, are safe to handle and to be used in battle. They are used to maintain peace and harmony in the Galaxy. A Lightsaber’s victim can just be a Stormtrooper.

The Force Lightning is considered a forbidden weapon in the Star Wars franchise.

It is mainly used to channel the darkness of an individual and seriously maim the other through this hatred. Hence, it is associated mainly with the Dark side.

However, many Jedi tried to practice and master this ability to fight their opponents effectively. A lot of them failed because they could not fight and overcome their negative emotions.

There were only a few who had stronger willpower like Mace Windu. This is why it was banned for a certain time.

What are the different types?

There are different types of Lightsabers based on their colors and structures.

The colors are usually blue or red that helps us in identifying the loyalty of the user. The blue represents the light side of the Jedi, and the red color is used by the dark side of the Sith.

Another classification is based on its structure. There are Double bladed Lightsaber, Single blade Lightsaber, curved hilt, Lightwhip, Retrosaber, Sith Lightsaber, Double-Bladed Spinning Lightsaber, Crossguard, Shoto, Training Lightsaber, Lightfoil, and Underwater Lightsaber. These all are designed differently and some have unique functions for different attacks.

There are four kinds of Force Lightning: Red, Blue, Green, and Yellow.

The Blue Force Lightning is one of the most common types that was occasionally found in the movies. The Red Force Lightning is by no surprise, from the Dark Side too. However, it was known to be used by only the most powerful in the Star Wars franchise.

The Yellow one was also canon but appeared in the novel only. It was used by Momin. On the other hand, the green force was based on the ichor spirit, which was a manifestation of the magical skills of Mother Talzin.

Can a Lightsaber deflect Force Lightning?

Even after all we have learned about the Force Lightning and how it cannot only seriously injure but also kill victims, it is not undefeatable.

However, the only catch is that it requires proper training to even practice this skill let alone master it enough to reflect the Force Lightning. Nonetheless, a Lightsaber can deflect Force Lightning.

Can a Jedi use Force Lightning?

The ONLY Jedi Able to Use BLACK Force Lightning and Why

Force Lighting is considered a Dark Side ability but only because of its intense use throughout the movies.

Apart from the obvious use, it can be used by the Jedi. But the use of such power where the individual needs to channel out their negative emotions requires a lot of willpower. Many of the Jedi that tried to master this skill fell to the dark side. That is why it was banned for a long time.

However, some Jedi recognized the true essence behind this power and used it for peacekeeping. There was one Jedi who mastered the power to use it to heal people. While others, managing to control their darkness, found a way to use Force Lightning without harming anyone.

Can Mace Windu use Force Lightning?

Mace Windu was one of the Jedi who could use Force Lightning without harming anyone in the name of hatred.

He had the strongest willpower and ability to make a strong connection with the force such that he was able to use it for harmony’s way. While channeling his negative emotions out in battle, he created a variant of the seventh form of the Lightsaber, Juyo.

It came to be known as Vapaad and it took an extreme form and amount of power out of him when he decided to use this technique for his fighting combats.

In his battle with Palpatine, he was able to overcome the Force Lightning with his Lightsaber. It was a brilliant manifestation of Force Lightning in the form of a blue, vibrant electrical loop.

Is Force Lightning only for Sith?

This is a controversial question as the answer might not please everyone. And the answer is, we believe that Force Lightning is only for the Sith.

The reason being that we think Force Lightning is a powerful tool that requires your inner darkness to harness its energy for it to occur. This kind of power is not only associated with the dark side, but it is their main source of power.

They have been using it to empower people by torturing and disfiguring helpless victims.  It is a means of asserting dominance over the people. And it is used to instill fear amongst the people too.

Hence, Jedi, who have used this technique are certain exceptions who have mastered the skill through extreme vigor. They may be brilliant minds with strong willpower. But it is not like a Jedi to use such a weapon that was designed to torture, against anyone.

In conclusion, we can safely assume that both weapons have made a strong defense. We can consider them both strong methods to be used in combat that would easily help the user win the battle.

However, when it comes to the comparison, there may be several things that would make the other the winner. We cannot discuss everything under the topic, but we have made major progress in deciding on this discussion.

The only thing we can conclude indefinitely is that neither of the two weapons can overpower each other completely. It is the skill and the technique employed by the user that can help to defeat the opponent, but neither is unstoppable.

The Most Aggressive Lightsaber Forms

What is the most dangerous and rarest lightsaber crystal?