A pink lightsaber is not very common in the Star Wars universe. In fact, before Mace Windu in the Trilogies, these magenta- toned blades were never before seen!

There’s a reason why individual Star Wars characters are drawn to specifically colored kyber crystals; each color resonates with the individual jedi for one reason or another. So what is the meaning of a pink lightsaber?

What Does a Pink Lightsaber Mean?

It’s for this reason that jedis are attracted to particular kyber crystals. They communicate certain feelings and sensations to the Force-user.

A pink lightsaber, or a purple kyber crystal, represents compassion, charm, feminine strength, and even unconventionality!  For this reason, you don’t see pink lightsabers very often in the Star Wars universe.

Who Has a Pink Lightsaber?

Since Mace Windu’s debut in Episode I, there are a few Canon and Legend characters in the Star Wars universe who use a purple kyber crystal to wield a pink lightsaber. They all have different tones of pink.

Why Was Luke’s Lightsaber Originally Pink?

Did you know that in the 1970s Star Wars comics, Obi-Wan gave Luke Skywalker a pink lightsaber? That’s right: his original lightsaber appears pink as he begins his Jedi training journey in the original Star Wars comic books!

No one particularly knows why the artists selected to make Luke Skywalker’s lightsaber pink, but it certainly wasn’t done in error. The coloring continued for many issues of the comic book!

In fact, in a few scenes, even Darth Vader is seen holding a pink lightsaber while battling Luke. This design choice was obviously altered in the movies, and in later comic books was edited as well.

It’s been confirmed that Darth Vader has a crimson blade, but in some of the remastered editions of the Original Trilogy, Darth Vader’s lightsaber appears to be a pink hue. This is just a trick of the lens rather than a fact.

Are purple lightsabers the same as pink? 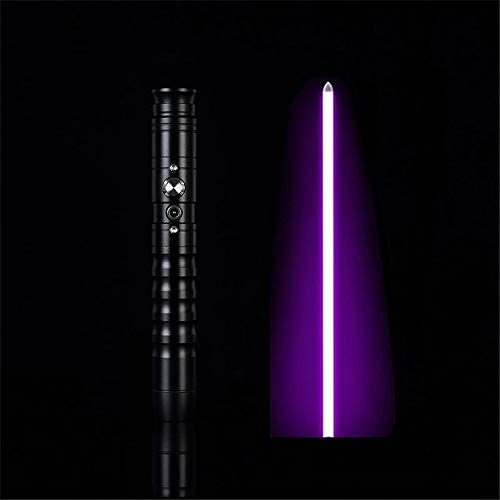 Why does Mace Windu have a pink lightsaber?

Mace Windu has an amethyst-toned lightsaber. The actor who played Mace in the Prequels, Samuel L. Jackson, asked George Lucas to give him a lightsaber in a color no one else had to make him more unique among the Jedis. Since then, a few other characters have been given pink lightsabers.

Can you buy pink lightsabers? 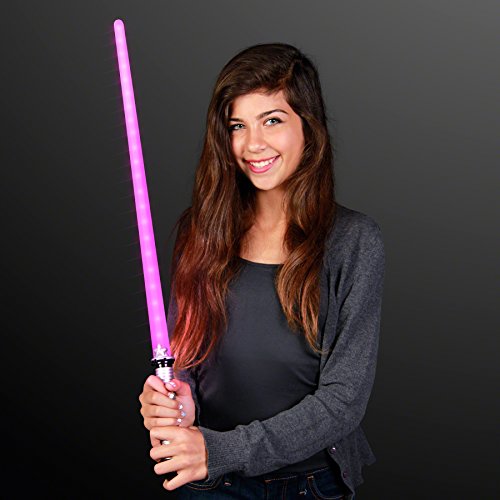 In Disneyland California and Disney World Florida you can make lightsabers at Savi’s Workshop. There, you have the option of selecting a purple kyber crystal for your saber blade. You can own your own pink-toned lightsaber through this experience.

There are also many Mace Windu lightsaber replicas on the market.

Yes, they are canon.