For as long as fans can remember, the Jedi and the Sith have been at odds with each other.

Of course, it’s safe to say that their being on opposing sides of the Force, as well as their contrasting philosophies, play a role in this ongoing battle.

As per the Jedi Code, the Jedi are not supposed to kill any living being. Therefore, they don’t usually opt to kill anyone unless it’s in self-defense or to come to the aid of some defenseless person.

The Sith, on the other hand, obviously don’t share in the Jedi’s moral pitfalls. They have no interest in keeping the peace. Instead, all the Sith want is power and freedom.

So much so that they have no problem killing anyone who gets in the way of that goal. This is especially true when it comes to killing Jedi.

The clear disregard for a Jedi’s life by some Sith raises the question, which Sith killed the most Jedi? Keep reading as we dive into this question and more.

Top Five Assassins of the Jedi

As we established, the Sith had no problem killing Jedi to achieve their goals. What’s more, they seemingly preferred it. From what we can see, the Sith had a major axe to grind with the Jedi.

Ever since the Jedi annihilated the Brotherhood of Darkness, the Sith wanted revenge on them. Additionally, the Sith believed that the Jedi had to be removed for them to have freedom in the Force.

To that end, here are the top five Sith who killed the most Jedi.

Who better to top this list than the “Chosen One?” As a Jedi, Anakin Skywalker was an immensely talented Force user and swordsman. Certainly, when he became Sith Lord Darth Vader, his talents remained.

Not only did his talents remain but they were only heightened by his newfound seething rage and boiling hatred, which were encouraged on the dark side.

Darth Vader, of course, jumped at the chance to vent his rage on the Jedi. This opportunity came in the form of Order 66.

In this event, ninety-nine percent of the Jedi Order was wiped out, most at the hands of Darth Vader himself, which would push his kill count into the hundreds.

Darth Vader aside, Darth Nihilus was one of the most powerful individuals in the Sith lineage. Nihilus played an important role in the First Jedi Purge, with Darth Sion at his side.

On top of that, Nihilus had an insanely formidable force power. What this power would allow him to do was sense all the Force-sensitives throughout the galaxy.

From there, he can feed on that energy, subsequently demolishing anyone (or anything) linked to the Force.

There is no better demonstration of this than the First Jedi Purge.

The Jedi Purge WORSE than Order 66 we all Forgot about

After the Battle of Rakata Prime, the Jedi Order publicly disbanded and the survivors were hunted.

The hundred remaining Jedi gathered on Katarr, where he used his power to consume all the life on that planet. As a result, nearly one hundred Jedi were killed.

This Sith Lord was a force to be reckoned with. His immense power and strength made him a powerhouse on the battlefield.

Darth Malgus’ impressively evil feats were perfectly depicted in Star Wars: The Old Republic, when he was involved in the attack on the Jedi Temple on Coruscant.

Not only was he able to defeat Ven Zallow, but Malgus was also able to overpower and beat some Padawans, Jedi Masters, and half of the Jedi High Council. Therefore, his kill count is in the dozens.

As a student of Darth Traya and peer of Darth Nihilus, Darth Sion was in great company for his rage-fueled power to grow. Side by side with Nihilus, Sion went on a Jedi killing spree after the betrayal of his master.

Even though he took some hits during his battles, he also delivered some fatal blows to the Jedi Knights he went up against.

Although the exact number of his victims is not known, Sion’s kill count is said to be in the double digits. Especially since his and Nihilus’ spree led to the near extinction of the Jedi Order.

Darth Sidious, also known as Palpatine, was one of, if not the most influential individuals in galactic history.

Darth Sidious was the mastermind behind many of the events in the franchise. Most notably, the building of the Galactic Empire.

In addition to that, many have accredited him with manipulating Anakin Skywalker into giving in to the dark side.

What’s more, he was the puppet master behind Order 66, meaning that he technically had a hand in the murdering of hundreds of Jedi.

However, in this case, he was similar to John Kramer in the Saw franchise, as he did not directly kill anyone. Rather he had other people do his dirty work.

Still, Darth Sidious had taken out a few Jedi for himself. Namely, Mace Windu, Kit Fisto, Saesee Tin, and Agen Kolar, who were sent to arrest him.

Therefore, even though Darth Sidious is arguably responsible for hundreds of Jedi murders, his personal kill count is approximately four Jedi.

Who Killed the Most Jedi?

This crown must be given to Darth Vader, as he is the Sith who killed the most Jedi.

As we established before, Darth Vader was granted the golden opportunity to release his rage. This came in the form of Order 66, commonly called the Great Jedi Purge.

Darth Vader was at the forefront of this ambush and stormed the Jedi Temple. In doing so, Darth Vader, along with his team, wiped out a whopping 9,900 Jedi, leaving behind only 100. But they still weren’t finished.

From there, Darth Vader and his team of Inquisitors went on to hunt and execute any escaped Jedi they could find. Ergo, Darth Vader killed hundreds of Jedi during his time as a Sith Lord.

If this article was about the most overall kills, Jedi and non-Jedi alike, then Darth Nihilus would be number one. 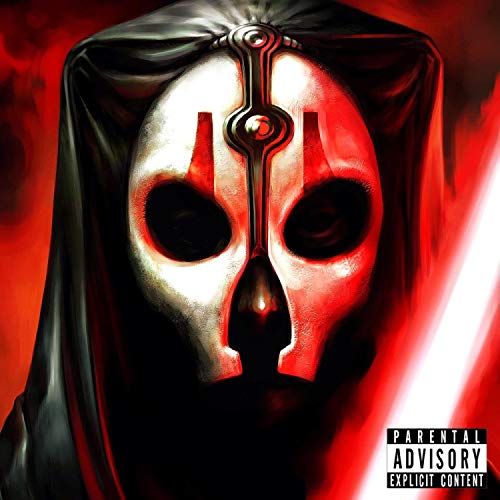 According to Wookiepedia, Nihilus killed an astounding 6,556,396,720 individuals of all genders, ages, and affiliations with the Force.

This is most likely due to his ability to “suck the life force out of entire planets by simply absorbing the force energy they’re connected to.”

This technique allowed Nihilus to kill almost one hundred Jedi who had gathered on Katarr. Still, there was a Sith who killed far more Jedi than this.

That Sith is none other than the rage-filled Lord of Darkness, Darth Vader. In his time as Sith Lord, Darth Vader unsurprisingly killed hundreds of Jedi.