Grogu, also affectionately known as Baby Yoda or The Child, has been an anomaly in the Star Wars universe since his debut.

His miniature stature and adorable features made him a pleasure to watch. Still, he seemed to have power far beyond his years.

Baby Yoda’s journey began as a Jedi Initiate. Even then, he had the skill to use force powers that were far beyond his rank. This made Baby Yoda a prized possession in the galaxy.

So much so that the Galactic Empire knew they had to have him and put a bounty on his head. But why did they want Baby Yoda so badly?

Of course, Baby Yoda is not a clone, so their experiments did not work, and he was rescued by the same bounty hunter who was tasked with delivering him to the Imperial scientists.

This is a testament to how powerful Baby Yoda was, which brings into question the strength that Baby Yoda possesses. Keep reading as we dive into the answer to this question and many more.

What is the Power of Baby Yoda? 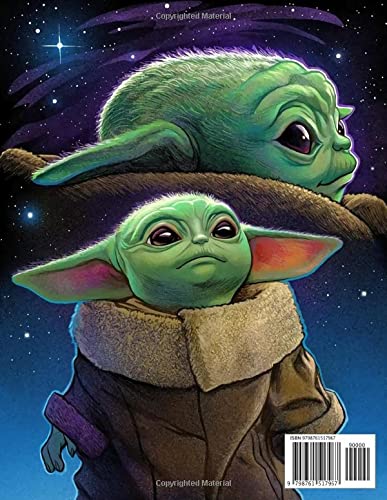 We get a glimpse of Baby Yoda’s power in Star Wars: The Mandalorian. Just like his look-alike, Jedi Grand Master Yoda, Grogu seemed to have healing powers.

He was so good at Force Heal in particular that he could quickly heal wounds by placing his hands on the injury and concentrating on the task at hand. Naturally, this requires energy, so he becomes worn out.

Still, it is quite impressive that he can do this with a relative amount of ease.

This is especially true given that most Jedi Initiates at his rank are unable to use this power. If they can, it requires a lot of meditation to heal even the most minor injuries.

How strong is the force in Baby Yoda?

Now, it has always been up to debate as to why Baby Yoda is powerful despite only being what is considered to be a child in his species.

Star Wars Novel CONFIRMS Why Baby Yoda is So Powerful

In fact, The Mandalorian showed that Baby Yoda was capable of using the Force with little to no actual training.

Certain things, such as the aforementioned Force Heal, usually require a bit more tutoring in the Force in order to be used effectively. Yet, in the case of Baby Yoda, it appears as though he had a natural inclination that made him capable of using it.

But how is this possible? This is a valid question so, without further ado, let’s get into why Baby Yoda was so strong in the Force.

Why is Baby Yoda so strong with the Force?

Contrary to popular belief, Baby Yoda and Grand Master Yoda are not the same person or related, nor is Grogu a clone of Yoda. The reason they look so similar is that they both belong to the same species.

This caused them to have similar genetic makeup, skin tones and looks in general. One more thing that they share is their naturally occurring strength in the Force.

Thus, being born into this species, it’s safe to conclude that the strength of the Force is in Baby Yoda’s DNA.

How Does Baby Yoda Already Have Jedi Powers?

One of the biggest mysteries within the Star Wars community is Yoda’s species. Yoda’s species is incredibly rare, with the most notable members being Yoda, Yaddle, and Grogu.

Despite everything we don’t know about Yoda’s species, there are a few things we are aware of.

Apart from their similar looks and miniature stature, there is one common theme among them. That is their aptitude for the Force.

Just take a look at Grand Master Yoda. In his day, he was dubbed the strongest Jedi in the galaxy. Not only did Master Yoda have centuries’ worth of knowledge to back up his training, but he was also a devout Jedi.

This devotion meant he trained tirelessly and continuously meditated, which only made him stronger. What’s more, this training allowed Yoda to become the most powerful light-side swordsman the galaxy has ever seen.

Ergo, coming from Yoda’s species with these similar genetics coursing through his veins, Baby Yoda’s power has already been ingrained in him.

Moreover, although there is no actual number, it’s safe to assume that Baby Yoda’s midi-chlorian count was reasonably high.

Just as with everything else in the universe, Baby Yoda’s existence brought about many questions within the fandom. Ranging from his age, all the way to why his eye color is different from Yoda’s.

Even so, there are some questions that are more common than others. And today, one of those questions will be answered. 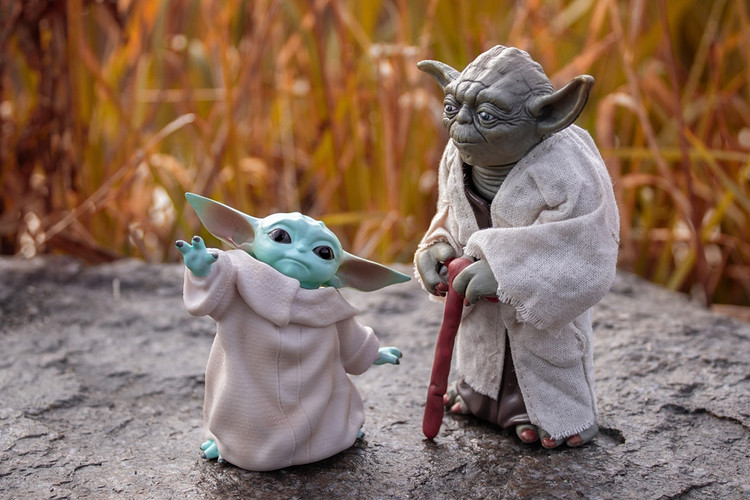 Right off the bat, we can say that Baby Yoda is, in no way, shape, or form, more powerful than Jedi Grand Master Yoda.

Not only does Master Yoda have approximately 900 years of training while Baby Yoda only has 50, but Baby Yoda is still technically a child.

As a matter of fact, Baby Yoda is nowhere near the skill level that Master Yoda possessed in his day. After all, Yoda’s skills earned him the prestige title of the strongest Jedi in the galaxy.

Baby Yoda has proven to be incredibly competent in matters of the Force, without having training in any particular area.

His natural talent was so impressive that his blood was used in Imperial experiments which ultimately failed. In spite of that, Baby Yoda’s skills transcend those of his comrades.

So much so that at his current rank, Grogu was able to save Greef Karga’s life after he was poisoned.

Baby Yoda’s power was embedded into him as a part of the genetics that comes along with his rare species. This enabled him to use Force Techniques and other Jedi abilities with little to no training.

Nonetheless, he isn’t more powerful than Master Yoda, even though he has the potential to match him one day.