Every villain has at least one weakness, and Darth Vader is no exception. But you might be surprised to learn what the scary Sith Lord’s weakness is; sand.

Sand doesn’t physically hurt Darth Vader. Instead, it is a reminder of his childhood as Anakin Skywalker, enduring slavery and even his mother’s death. It is for these reasons that Darth Vader hates sand and everything else that reminds him of Tatooine.

Why Does Darth Vader Hate Sand?

In Star Wars Episode II: Attack of the Clones, Anakin returns with Padme Amidala to her homeworld Naboo. The two of them travel secretly as refugees to avoid further assassination attempts on Amidala’s life.

Upon returning to Naboo, they resume their identities and take refuge at her family estate.

During this time, we see the first intimate moment between the two, during which Padme discusses her lighthearted childhood memories of days spent on the beach.

Anakin, who later becomes Darth Vader, responds with this gem, “I don’t like sand. It’s coarse, rough, and irritating. And it gets everywhere.”

He then uses the opportunity to flirt with Amidala and successfully steals a kiss from her.

Is Darth Vader Afraid of Sand?

Darth Vader is well acquainted with sand, having spent the first 9 years of his life as a slave on Tatooine. Tatooine is a water-starved planet covered in sand.

Growing up a slave on a hot desert planet covered in sand would have likely left an impression on Anakin. This manifests in his dislike of sand, but does it go deeper? Is Anakin afraid of sand?

It seems unlikely that the all-powerful Darth Vader would be afraid of such an innocuous thing as sand. But perhaps he is afraid of what sand represents.

When he first expresses his dislike of sand in Attack of the Clones, it represents his home planet of Tatooine, where he was a slave. If Anakin associates sand with the lack of freedom he felt back then, it is possible he is truly afraid of sand and the subjection it represents.

Why Does Vader Hate Tatooine? 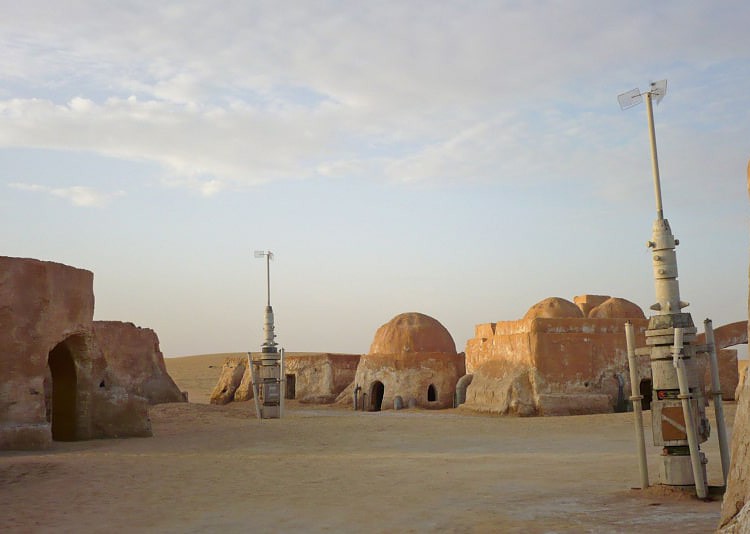 Anakin Skywalker was born into slavery. His mother, Shmi Skywalker, was owned by Watto the Toydarian.

By the time Anakin was 9, he was already working at Watto’s shop, helping repair and salvage items.

As a slave on Tatooine, there weren’t many opportunities to be freed. Slaves were often traded and sold. In fact, Shmi and Anakin originally belonged to Gardulla the Hutt, who used them as a bet in a podrace and lost to Watto.

The only way out of slavery on Tatooine was to be voluntarily freed by your master or buy your way out. This means the only hope Anakin ever had to get himself and his mother out of slavery was through the podraces and their prize money.

Anakin hated being a slave, and his only fond memories of Tatooine revolved around his mother. Unfortunately, once his mother passed away, nothing was left to keep him from hating the planet of his childhood. 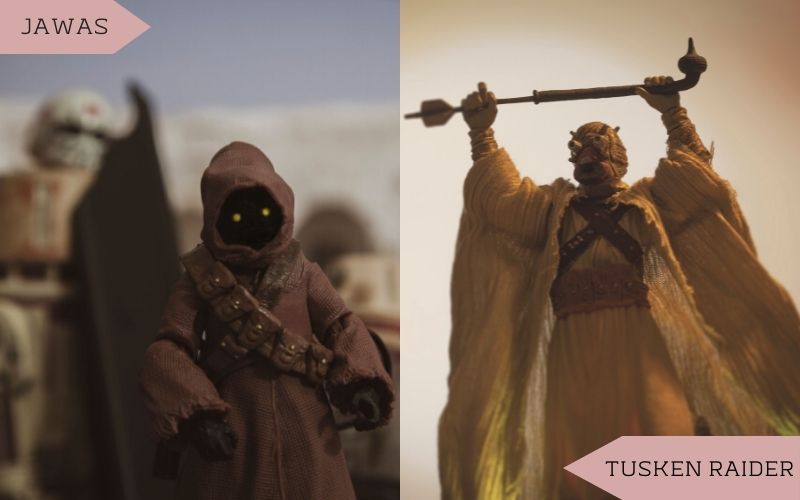 Humans were not native to Tatooine. But some intelligent species such as the Jawas and the Tusken Raiders (also known as Sand People) were native to the planet.

The Jawas were a mild-mannered species known for salvaging, scrapping, and reselling. The worst that might happen during a Jawa encounter is that they try to sell you a broken droid (like they tried to do to Owen Lars in A New Hope.)

Tusken Raiders were a nomadic species. They distrusted outsiders and believed all water on Tatooine belonged to them. Because of this, they often attacked moisture farmers, destroying their equipment and killing or kidnapping the farmers and their families.

Most of Tatooine’s residents knew to stay well away from Tusken Raiders.

During Attack of the Clones, Tusken Raiders kidnap and then beat Anakin’s mother. As a result of Shmi’s injuries, she dies in Anakin’s arms.

In a rage, Anakin slaughters every single Tusken Raider in the camp where his mother was held. The men, women, and even children. He displays no mercy. And thus begins his deep hatred of Sand People.

Later, he breaks down when he relates the events to Padme, saying, “They’re like animals, and I slaughtered them like animals. I hate them!”

Star Wars II: Attack of the Clones - "I killed them all!" (Imperial March, Emperor's Theme)

Does Vader Go Back to Tatooine?

After Anakin buried his mother, he turned his back on Tatooine and everything there.

He did not return to the planet until nearly two decades later, after the first Death Star was destroyed.

His renewed interest in the planet revolved around Luke. It was during the time, between the events of A New Hope and The Empire Strikes Back, that Darth Vader discovered that Luke was his son and that Obi-Wan hid him on Tatooine knowing Darth Vader hated the planet.

He did not stay long, and when he left in pursuit of his son, it was the last time he ever set foot on the sandy soil of Tatooine.

Darth Vader did not have a happy childhood. Sand reminded him of the desolation of the desert, like that of his home world of Tatooine.

He grew up a slave, trying to carve a tolerable existence out of the sand-covered world. He managed to escape, but had to leave his mother behind. Eventually, Tatooine took her from him as well, in the form of a raid by Sand People.

He hated Tatooine and everything that reminded of his home world, or childhood, especially sand.