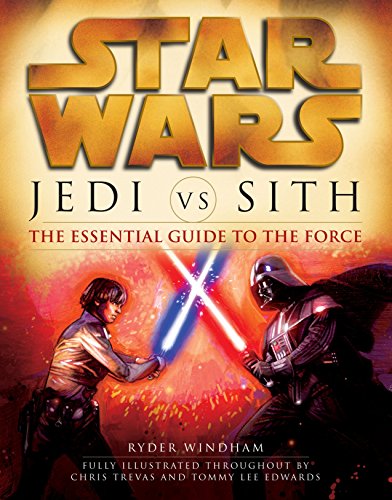 We Star Wars fans get some contradictory information about the Sith, and their use of the dark side.

Yoda claims that the dark side is the easy path to power, but at the same time, Sith never hold onto that power for very long — why is that?

This, combined with the impressive and showy dark side abilities like Force lightning or (supposedly) resurrecting the dead, lead many to wonder whether the Sith truly are stronger than the Jedi.

That, however, is a complicated question.

First: How Do the Dark Side and Light Side Even Work?

It’s commonly said, in many of the Star Wars films and series, that there is a balance in the Force, between the light side and the dark.

This leads many to the conclusion of a yin-yang kind of model, where the dark side is just a compliment to the light, and vice versa.

However, that’s not entirely the case.

The Force, rather, is a completely neutral entity; it is just midi-chlorians, after all.

So then, what’s actually the difference between the two?

The so-called “dark side” of the Force isn’t a quality of the Force itself, but a way of using its power — so, it’s more accurately a dark “path,” than any one side or the other.

The dark side is founded upon not channeling the Force, but rather, bending it to your will. It’s the philosophy of using the Force for your benefit, rather than letting it take its course.

You can see this in how Sith Lords use the Force — Darth Sidious, for example (as well as his master, Darth Plagueis), manipulated the Force to try making themselves immortal, and to achieve the most power they could possibly obtain.

This is in contrast to the so-called “light side,” one which embraces the flow of the Force, and lives in accordance with it, rather than against it.

So, the Jedi aren’t exclusively using one side of the Force, but rather, are attempting to “go with the flow” of the entire Force itself.

This brings them in natural conflict with the Sith, who abuse the Force for their benefit, and disrupt the natural flow of the Force.

So, Are Sith Lords Stronger Than Jedi?

Unfortunately, this also depends on how you define “stronger.”

The Sith have much more immediate power than the Jedi, as they can quickly control the Force and bend its power to their will.

This makes most Sith Lords, individually, more powerful than their Jedi equivalents.

However, there’s a catch:

That power can only remain for so long.

The issue all Sith must face is that, eventually, the Force finds its way, and they lose control of their supposed “unlimited power.”

You can see this, once more, in Darth Sidious, considered by many to be the most powerful Sith Lord of all time.

Even as he controlled nearly the entire galaxy, and wielded immense Force abilities, he ended up being thrown down a reactor shaft like any other old guy.

Much like a candle that burns out too quickly, the Sith and their power can only dominate the Force for so long, until the balance shifts back in favor of the light side.

So, while the individual Sith Lord (like Darth Sideous) is much more powerful than a comparable Jedi (like Luke Skywalker), that strength is limited, given enough time.

What About Gray Jedi?

Who Are The Grey Jedi? Grey Jedi Code, Balance Of The Force, And Star Wars Origins Explained

The premise of a Gray Jedi is that they blur the lines between the dark side and the light, usually using their dark side powers for the greater good.

In this way, they take a “fight fire with fire” approach.

When they want to fight the dark side, they use the power and abilities of the dark side to quickly overpower the Sith, and manipulate the Force in the process.

While this is arguing that the ends justify the means (that it’s okay to follow the dark side, so long as you’re working against it), it’s not the true will of the Force.

On the contrary, while the Force, on occasion, chooses Jedi who may embrace more maverick stances (such as Qui-Gon), many Gray Jedi outright reject the will of the Force.

The Force has seldom ever chosen someone who rejected the Jedi path entirely, as even Qui-Gon remained with the Jedi Order, despite his disagreement with the council.

So, a Gray Jedi typically has the superior immediate strength of a Sith, maybe with less chance of “burning out,” to put it lightly (or burning up, in Anakin’s case).

However, they still don’t fully come to the full, long-term victory of the light side.

But Why Do the Sith Win More Often Than the Jedi?

From the films, one could rightfully see how often the dark side seems to triumph over the light.

After all, the first trilogy was based upon the dark side having amassed an empire that controlled the entire galaxy, and the Jedi never quite had that.

Not to mention that many Jedi have been killed by the Sith (even Qui-Gon, via Darth Maul).

However, it should be noted that, while these victories are common, the Sith are cheating, basically.

Grand Master Yoda himself admitted that the dark side was quicker, easier, and more powerful than the light — so a cheat code, in a way.

But, in that scene, Yoda never claimed that the Sith would ever truly “win” against the Jedi.

This is because the Sith, in their quick and easy path to power, have cheated the Force, and, once the Force is strong enough to fight back, the Sith have nothing to fall back on.

Even Sidious, who resurrected for the finale of the Disney Trilogy, was ultimately defeated by Rey, who only beat him through channeling the power of all the Jedi before her.

The prophecy of a chosen one, who will bring balance to the Force, doesn’t refer to simply balancing a scale between light and dark.

Rather, the chosen one is the Force’s protector, and one who will defend it from the Sith, who seek to abuse and cheat its potential.

Of course, that’s ultimately what Anakin did, even with his turn towards the dark.

In his final moments, Anakin renounced the dark side, and, in embracing the light, gave the Force enough strength to rid the galaxy of Palpatine (for a few years, at least).

Hence, the old saying applies here: the Sith win the battles, but the Jedi win the wars.

Seeing the true weakness of the dark side has hopefully been a wake-up call for the potential Sith Lords reading this article.

If this article converted you to the light side — or you just thought it was neat — be sure to share with your friends, and leave your thoughts in the comments below.

Maybe you can defend the dark side there; we’re not responsible for when your apprentice throws you into a reactor shaft, though.

In that case, all we can say is that we warned you, and as always, may the Force be with you.

Can Lightsaber Blades Be Curved?

What Does a Red Lightsaber Mean?