Considering Star Wars happens “a long time ago in a galaxy far, far away,” it seems reasonable to think that Earth is not a part of the story. But is this true?

Does Earth exist in Star Wars, and are your favorite characters aware of its existence?

Thanks to the Star Tours ride at Disney World and the accompanying storyline, Earth does exist in the Star Wars universe. It has also made several unofficial appearances in Star Wars Expanded Universe stories. 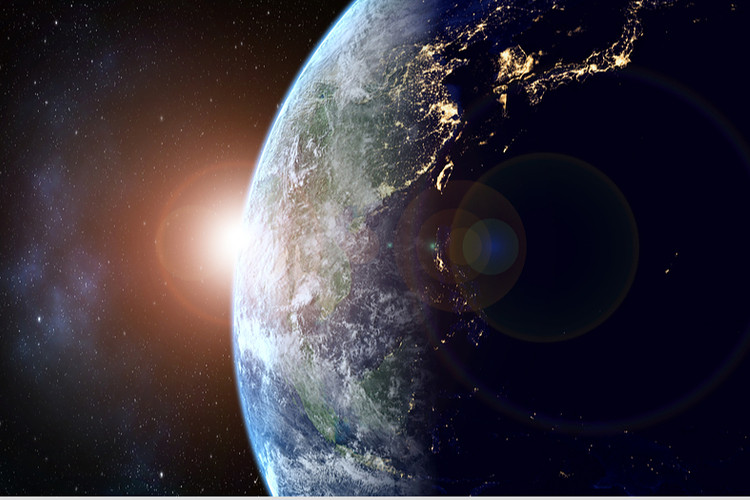 There is only one reference to Earth in Star Wars that is considered Canon: that is the Star Tours attractions at Disney’s theme parks—specifically, the ride found at Hollywood Studios.

The opening crawl on this ride references the “Earth System.”

The story behind the ride is that Star Tours was a space travel agency based on Earth. This travel agency was operational during the time of the Clone Wars, the Imperial Age, and until around 4 ABY.

The travel agency was shut down around the time the Rebel Alliance defeated the Empire in the Battle of Endor, though it’s unclear whether this resulted from the events of the battle or was due to an unrelated cause.

What is known is that Earth served as a flight hub to Endor around the time of the Battle of Endor, so it seems likely that Star Tours played a role in getting people to and from the battle.

The ride shows that Star Tours provided passage to planets such as Tatooine, Coruscant, Naboo, and Hoth. This suggests that Earth was closely connected to these planets and probably many others in the Star Wars galaxy.

Of course, the idea of Earth being connected to Star Wars could be seen as a bit of a continuity issue.

There is no explanation for how Star Wars happens “a long time ago in a galaxy far, far away” if earth is a part of that galaxy.

The most likely explanation is that Star Tours and the “Earth System” were simply invented for the ride and added to Canon as an afterthought of sorts.

Star Tours is technically Canon, but it doesn’t seem to fit that well with the rest of the story. In essence, it’s more of an invented fiction within the Star Wars Universe. 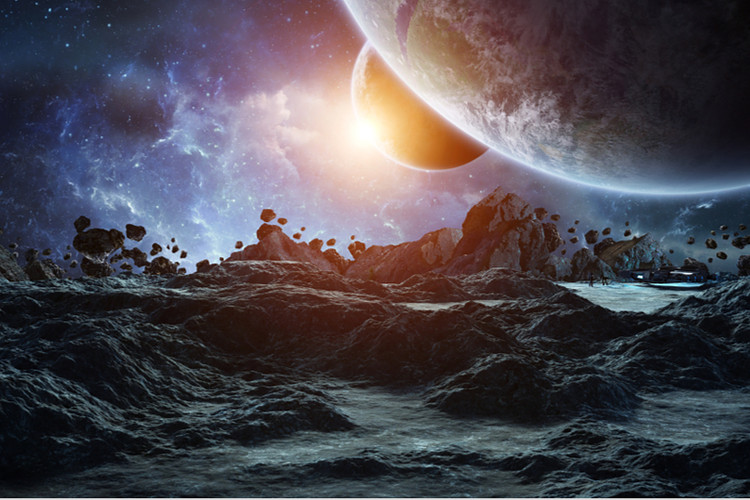 These stories are not considered Canon, but they provide an interesting look into what various authors imagine earth might be like if it were a part of Star Wars.

Some of these Expanded Universe stories include:

Supernatural Encounters is a novella that gives a history of how humans made their way to the Star Wars galaxy.

In this story, Earth is referred to as Urthha, and it is described as the planet where humans originally came from. Sometime during the course of history, the human race migrated from Earth to Coruscant, so Coruscant became their new home planet.

Eventually, Urthha was somehow removed from Realspace and relocated to an alternate reality of sorts known as Otherspace.

This provides a plausible explanation for how Earth could be connected to the Star Wars universe without actually being in the same galaxy.

Monsters and Aliens from George Lucas

This more bizarre story contains a tabloid describing the plight of Etro and Droza Edthatt, a newly-married Duros couple who were abducted by humans and taken to Urthha.

The story is from the point of view of the aliens and contains descriptions of several strange events, such as their developing skin lesions from consuming human foods, hiding in a freezer, reading vegetables, and bouncing up and down on antennas.

Though they managed to get away from their abductors, the Duros couple was unable to find their way home. Eventually, a young human was able to help them return to their own world using a “matter catalyst” (or “blender”).

Into the Great Unknown

Into the Great Unknown is an intriguing comic book released in 2004. It was written as a crossover between Star Wars and Indiana Jones.

In this story, Han Solo and Chewbacca crash-land the Millennium Falcon somewhere in the forests of the Pacific northwest region of the U.S.

They explore the area and, sadly, Han is killed when they are attacked by native warriors. Chewie escapes and the natives take to calling him “Sasquatch”.

More than a hundred years later, members of this same native tribe directed Indiana Jones to where the Falcon had crashed.

Other References to Earth and Star Wars

In 2013, someone started an online petition asking the U.S. government to create a Death Star. This petition garnered nearly 35,000 signatures, prompting an official, though tongue-in-cheek, response from the Obama administration.

The Administration shares your desire for job creation and a strong national defense, but a Death Star isn’t on the horizon. Why would we spend countless taxpayer dollars on a Death Star with a fundamental flaw that can be exploited by a one-man starship?

Fans created a mock press release in response to this refusal, responding as if from the point of view of the Galactic Empire:

It is doubtless that such a technological terror in the hands of so primitive a world would be used to upset the peace and sanctity of the citizens of the Galactic Empire. Such destructive power can only be wielded to protect and defend by so enlightened a leader as Emperor Palpatine.

Does Earth Exist In Star Wars?

There are various references to Earth in both Star Wars Canon and Legends.

What’s more, a real-life “crossover” was suggested in 2013 when Star Wars fans pretending to be the Galactic Empire communicated with the U.S. Government over a petition to build a Death Star.