Star Wars fans have always had a special place in their hearts for memorabilia from the movies and TV shows that they are so dearly attached to. Whether it is an action figure of their favorite Jedi or the helmet of a Clone Trooper or Mandalorian that made them fall in love with the character.

The above two examples and any other Star Wars merchandise pale in comparison to what Star Wars fans consider the Holy Grail of items from the fictional universe.

We are talking about the lightsaber, an iconic weapon that can be recognized by anybody, no matter which galaxy they are from. And while it seems impossible (for the time being) to own, or even make, a real lightsaber, we have come very close to replicating the feeling of owning one.

The replicas in question are from Star Wars: The Black Series, and Star Wars: The Elite Series, both made by Hasbro. Hasbro’s Force FX lightsabers are limited-edition, high-quality replicas of the props we see in the movies.

These replicas are not the most realistic lightsabers that you can find, but they are the most movie-accurate versions. They are made as collector items and even though they are not built for dueling, swinging them around puts you straight into the shoes of your favorite Jedi or Sith.

These lightsabers are not free of potential faults or errors. After all, even the lightsabers in Star Wars were shown to malfunction sometimes, so it’s only fair that these would do the same.

But that’s what we are here for. We scoured the internet to bring every commonly occurring issue to this guide so that you will not have to. So, without further ado, let’s get into it.

Why does my Force FX lightsaber turn off?

The Force FX series lightsabers are usually very reliable. But even perfect toys and products have a risk of turning off unexpectedly or developing some problems when left unused.

In this list, we will address all the potential problems that you could run into while using your Force FX lightsaber, or what might have happened if it does not work when you turn it on after a long period of time.

1. My Force FX lightsaber is not turning on

Force FX lightsabers are usually very reliable in both their build quality and their lifespan. Despite this, it is not uncommon for them to experience a glitch or two throughout their lifespan.

But we are here to tell you not to worry. Often, a Force FX lightsaber will stop working because it has run out of battery and cannot function with the amount of energy a depleted cell is providing to the circuit board. 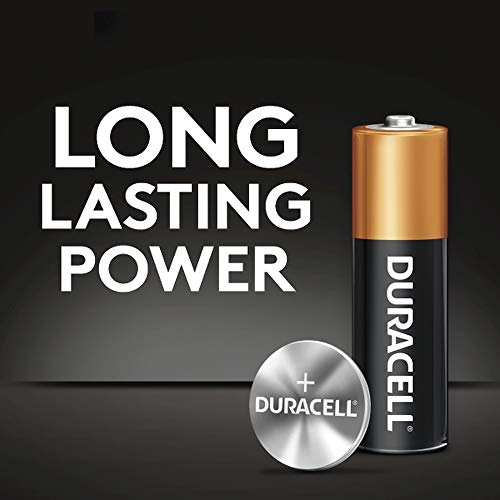 The simple solution to this problem is to replace the batteries of your Force FX lightsaber. And while we know that any standard AA Cells would do the job, the fanbase agrees that these lightsabers work best with Duracell Ultra batteries.

2. My Force FX lightsaber will not turn on even after replacing the batteries

While most lightsabers, from both The Black Series and those from The Elite Series, will usually feel as good as new after you change out the batteries, there is a slight chance that your issue runs deeper than a low battery.

The first reason that your lightsaber might not turn on is that the batteries might not be connecting to the circuit correctly. This means that you will have to clean the battery receivers. While this might sound scary, it is extremely easy.

If the above method does not work for you, you might have been unlucky enough to disconnect one of the internal wires while swinging your lightsaber around. While that is unlikely to happen, it is not impossible.

While we do recommend that you take it to a professional or a Hasbro outlet, there is a way to fix this at home, and all you need is a screwdriver. The method to this is to unscrew the screws on the hilt and then clean the wires and internals.

We do not recommend doing anything more intrusive, as that requires a great deal of expertise with electronics, which is not something that everyone has.

3. My lightsaber turns on, but the blade does not light up

This is perhaps one of the most commonly occurring problems that Force FX lightsaber owners face. And because of that, it is one of the easiest ones to fix. This problem can also be caused in two ways.

The first type is when your blade is not properly connected to the hilt of the lightsaber. This version is very easy to fix and can be dealt with in a matter of seconds at home. The second version, however, cannot be fixed at home.

The first way that this problem could be caused is if your blade is not properly connected to the hilt of the lightsaber. This is a common occurrence and can happen during dueling, or simply by swinging the lightsaber around.

With a dry cloth, clean both sets of pins and then reconnect the blade by lining the pins up correctly. Then, screw on the blade guard and turn the lightsaber on. Your lightsaber should now turn on with the blade lighting up as well.

The only option you have now unless you want to display your lightsaber without the blade is to ask your closest Hasbro outlet for a replacement blade. If you are lucky, you will be able to purchase one. If not, your only option will be to buy a new lightsaber.

4. General Tips and things you should know

But now that you know how to fix your lightsaber, you are probably wondering how to take it apart if you  must do one of these repairs. Not to worry, we have you covered for this too.

How to take apart my Force FX lightsaber

How to take apart a Kylo Ren Force FX lightsaber

Then you should remove the blade from the hilt. This can be done by unscrewing the blade guard from the lightsaber hilt and sliding it off the blade. After this, wrap your hand around the blade as close as you can to the hilt.

From here you will twist and pull the blade out of the hilt. This will complete the disassembly of the lightsaber. That is as far as Hasbro intended the Force FX lightsabers to be opened.

Despite this, you can use a screwdriver to unscrew the screws around the seam of the two halves of the hilt. This will open the hilt even further for deeper cleaning. This may also allow you to attempt repairing it further, although we do not recommend it as it voids the warranty.

To wrap up, we can tell you that the Force FX series lightsabers have their fair share of potential problems. But most of these problems can be fixed very easily and without much hassle so they are nothing to worry about.

Still, you should try to keep your lightsaber safe, given that it is meant as a display piece and not a dueling lightsaber. This will keep it in working condition longer, and prevent damage from occurring.