Many of the characters you will meet either fulfilled roles as protagonists, anti-heroes, or terrifying antagonists in the Skywalker Saga. And while they all had their flaws, pain, loss, and betrayal served as common factors among the characters in our list.

Few characters in Star Wars even came close to the suffering Anakin Skywalker and, later, Darth Vader, experienced. Anakin’s suffering began when he was young as a slave boy on Tatooine.

While Anakin went undetected in slavery on Tatooine, other Force-sensitive children spent their formative years in the Jedi Temple on Coruscant. They grew up learning the Jedi Code while Anakin grew close to his mother, Shmi Skywalker.

This, despite his ultra-high midi-chlorian count, put Anakin behind the eight-ball. He reluctantly left his mother in The Phantom Menace, then grew emotionally close to Qui-Gon Jinn. Unfortunately, Darth Maul killed Qui-Gon, which ended with Anakin training under Obi-Wan Kenobi.

While Obi-Wan cared for Anakin’s well-being, he was not suited to train Anakin, who naturally had a hard time following the Jedi Code. Strong in the Force, Anakin felt Obi-Wan held him back, causing a rift in Attack of the Clones.

During the events in Attack of the Clones, Anakin watched his mother die, prompting him to grow closer to Padme, who he first met during The Phantom Menace.

Married to Padme when Revenge of the Sith rolled around, Anakin suffered more mental torture when he had visions of a pregnant Padme dying in childbirth. With nowhere else to turn, he put his faith in a man who became his father figure: Chancellor Palpatine.

Anakin pledged his allegiance to Palpatine and became Darth Vader to save Padme. Padme died in childbirth anyway, and Anakin’s limbs were severed at the hands of Kenobi during their duel on Mustafar.

Palpatine, also known as Darth Sidious, placed Vader into a clunky, painful suit–something that, despite the pain, Vader needed for survival. At this point, he was stuck not just in physical pain, but mental and emotional pain after having lost his mother, his wife, and seemingly his unborn child.

We say child because neither Vader nor anyone else was aware that Padme had twins except for Bail Organa, Obi-Wan Kenobi, and Yoda. At least, until Sidious pitted him against his own son, Luke Skywalker.

While Darth Vader reclaimed his original identity as Anakin Skywalker in the end and Luke refused to join the dark side, this is a character who suffered from the time he was born to the time he died.

It is fitting that Star Wars creator George Lucas called the first six movies “the tragedy of Darth Vader”. 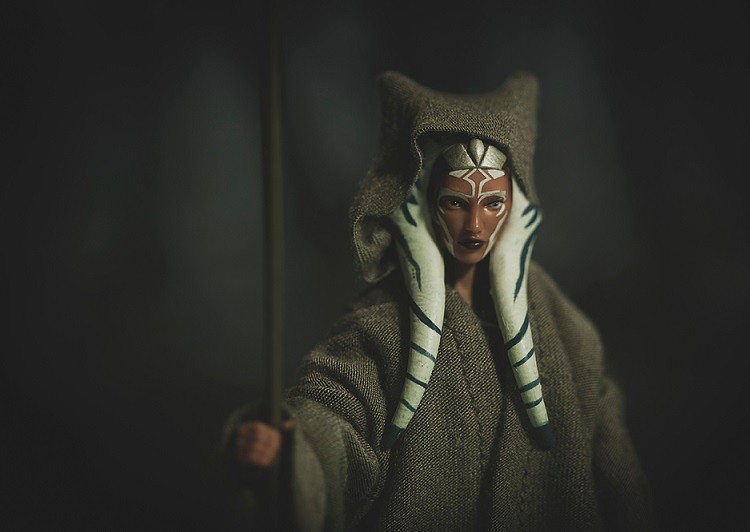 Ahsoka Tano is one of the toughest characters in Star Wars, but her suffering began when her master, Anakin Skywalker, was initially not keen to take her as a Padawan and the two clashed early.

While Tano grew close to Anakin, her suffering augmented with the bombing of the Jedi Temple. Tano was innocent, but one of her best friends, Barriss Offee, framed her for the incident, sending Tano on the run and into Coruscant’s Underworld.

Ahsoka on the run

Offee eventually confessed to the crime, but Tano, having lost faith in the Jedi, became a Force-sensitive outcast. However, her status as an outcast was short-lived, as she returned to the Jedi Order for the Siege of Mandalore.

The only problem? Darth Sidious executed Order 66, causing her clone troopers and one of her best friends, Captain Rex, to betray her. While she succeeded in extracting the biochip from Rex’s brain, Tano had to escape, fake her death, and disappear to keep the Sith at bay.

She spent the ensuing years with the Rebellion and eventually crossed paths with Darth Vader, Fifth Brother, and Seventh Sister. If this wasn’t enough, Tano eventually discovered Darth Vader’s identity as her former master during a duel at a Sith Temple. 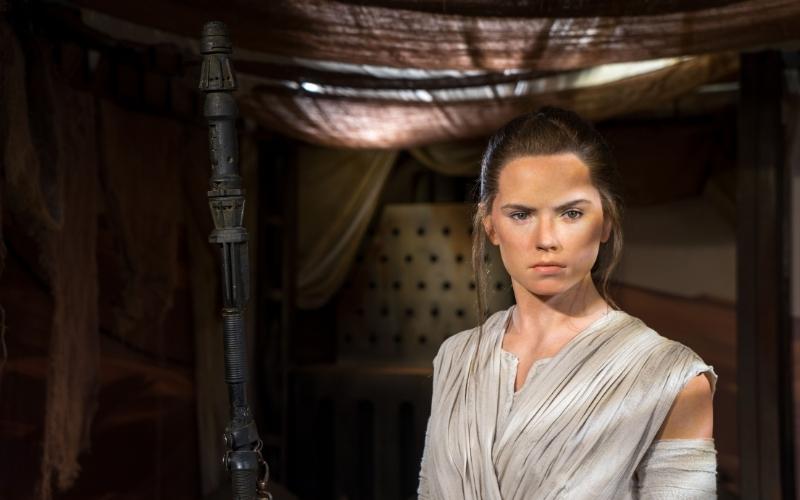 Born in 15 ABY to Miramir and Dathan, Rey lost both parents before the events of The Force Awakens in 34 ABY and was forced to take care of herself as a scavenger. Rey, however, had no idea that her parents chose an impoverished lifestyle to hide her Force-sensitivity.

It wouldn’t be long before she found herself in the middle of the First Order-Resistance War, which forced Rey out of her life of solitude. And while Rey aligned with the Resistance, she too suffered loss and misfortune.

A frightening Force vision, being captured by one of the galaxy’s most notorious leaders, losing a new father figure in Han Solo, and Luke Skywalker’s initial rejection comprised Rey’s early misfortunes.

One of the most unfortunate events Rey had to live through came in 35 ABY when she discovered her heritage as Emperor Palpatine’s granddaughter. After initially exiling herself, Luke’s Force spirit encouraged her to keep fighting the First Order and the Sith.

While Rey confronted and vanquished her grandfather, it came at a cost. She initially died in the attempt, but Ben Solo had other ideas and resurrected her. This cost Ben his life, causing Rey to lose her implied love interest. 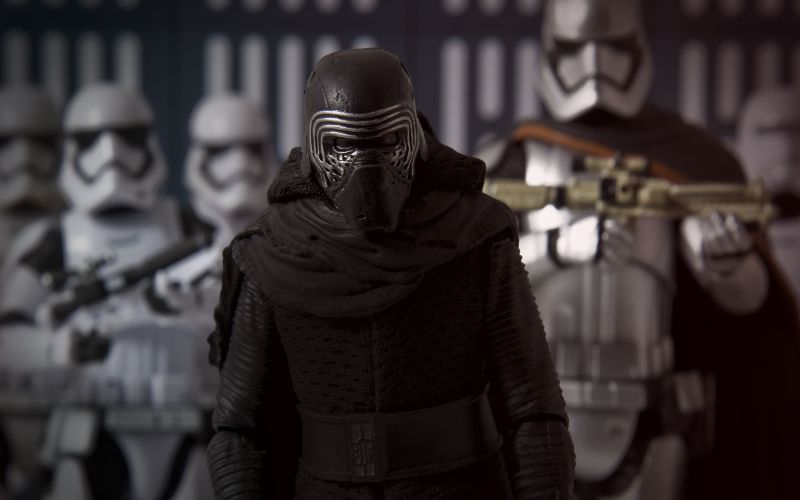 As a child, Ben Solo knew his family kept dark secrets from him, which turned out to be his Sith background. If that wasn’t enough torture, he also had to contend with voices in his head, which only augmented the apathy he felt toward his family.

This form of mental torture claimed Ben could not live without the voices, and he soon saw them as guidance, not knowing they would lead him down a dark path. These voices also gave him a false sense of comfort when Solo felt as though his parents, Leia and Han, were abandoning him.

He further felt betrayal from his family after he discovered the truth about Anakin Skywalker and his former identity as Darth Vader, thanks to Leia’s political opponents.

As if he weren’t disillusioned enough, it didn’t help that his uncle, Luke Skywalker, contemplated killing him. When Solo woke up and saw Luke standing over him, he snapped and fully embraced the dark side, destroying the new Jedi Temple and many of its students.

And to top things off, Emperor Palpatine only wanted to use Solo as a proxy to serve as Snoke’s apprentice to help lead the First Order to victory over the Resistance.

Fortunately for Solo, he ended up embracing the light side. But it came at a cost as he would resurrect Rey before dying and becoming one with the Force. 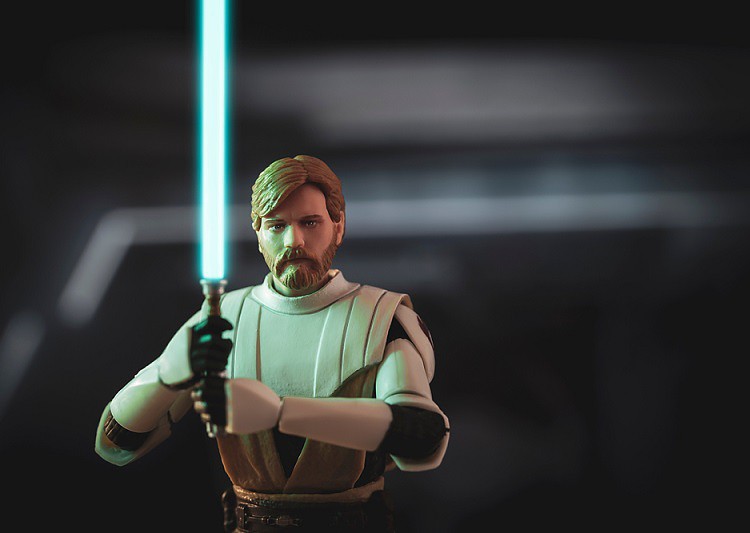 Born in 57 BBY, Obi-Wan Kenobi might be the surprise addition to this list, but he suffered through plenty of loss between 32 BBY and his death in 0 BBY. While Vader betrayed the Jedi and Kenobi defeated him in an epic duel, he also failed the Sith Lord as his former master.

But Obi-Wan’s losses began 13 years prior, when he lost his master, Qui-Gon Jinn, in a duel against Darth Maul. While Kenobi was a strict follower of the Jedi Code, he had a love interest and an emotional attachment in Satine Kryze, who Maul murdered in 19 BBY.

Every Jedi who survived Order 66 suffered, but Obi-Wan may have suffered more than any other as his apprentice was the catalyst in ensuring the Jedi fell. Obi-Wan, via a hologram, witnessed Anakin’s fall to the dark side and subsequent attack on the Jedi Temple.

He seemingly killed his old apprentice, but as the newly-christened Empire was about to hunt for Jedi that survived the Order, Kenobi went into exile on Tatooine to watch over Luke Skywalker.

Obi-Wan, once strong in the Force, saw his connection diminish. This rendered him unable to communicate with Qui-Gon through the Force as a notorious Inquisitor named Reva targeted him by kidnapping Leia Organa.

While Obi-Wan’s connection to the Force returned, his reconciliation with Vader would not. The two dueled twice more, once in 9 BBY. Just like on Mustafar, Kenobi and Vader engaged in a climactic duel. 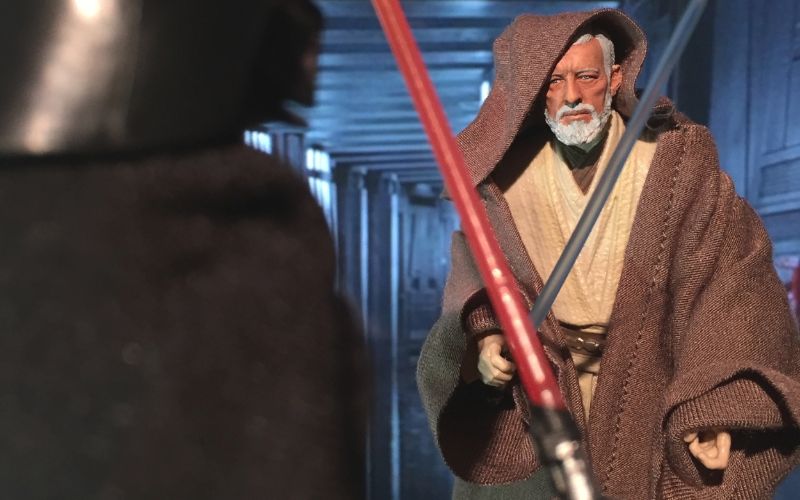 Kenobi won, but his realization that his former Padawan had completely fallen to the dark side overshadowed his victory.

While Kenobi managed to return Leia to her family and regain his Force connection, his endless losses make him one of the characters who suffered the most in Star Wars.