If the Jedi were so Force-sensitive, couldn’t they have figured out Palpatine before he issued Order 66 and ended the Jedi Order? Logistically, they could, but Palpatine had tricks up his sleeve the Jedi were unaware of, and it allowed him to hide his true identity.

Palpatine used Force stealth, among other tricks, to conceal himself as a Sith Lord. His stealth was so effective Yoda couldn’t even spot Palpatine for who he truly was.

His stealthy maneuver also allowed him to monitor conversations at the Jedi Temple, allowing his Sith brethren to hide amongst the masses in plain sight.

Why Couldn’t the Jedi Sense Palpatine to be a Sith? 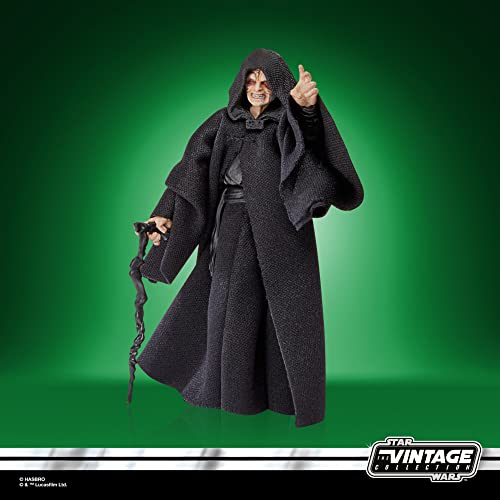 Palpatine outwitted the entire Jedi Order. And although they met with and even sat in the same room with him hundreds of times, it appeared not a single Jedi sensed he was the Dark Lord of the Sith.

You may say the Jedi did sense Palpatine, and to an extent, you’re correct. They grew uncomfortable with him toward the end of Attack of the Clones when Count Dooku claimed Palpatine controlled the Senate.

In Revenge of the Sith, their suspicions grew when he appointed Anakin Skywalker as his  representative. When Anakin became closer to Palpatine, the Jedi ordered him to spy on the then-Chancellor.

But why did it take them so long to figure out who Palpatine was, given the three years between Attack of the Clones and Revenge of the Sith? Especially after Jedi Master Pong Krell’s vision  showed him the Jedi’s fall would occur within the Order.

Palpatine concealed himself with four tactics, with relevance in descending order:

Even with these tactics, the Jedi still could have sensed Palpatine. However, they grew predictable, allowing the Sith Lord to act. One reason is that the Jedi believed the Sith were (mostly) extinct, sans few holdovers.

Therefore, the Jedi let their guard down, only combatting the dark side when they saw a rising threat.

Had the Jedi kept the dark side in their crosshairs the entire time, Palpatine still may have transformed the Republic into the Empire. But the Jedi would have made the deed tougher.

Yoda couldn’t sense Palpatine because of the Jedi’s own misteachings under his watch. He regretfully stated following the rise of the Empire that he and other Jedi Masters taught Younglings to stay away from the dark side.

Of course, this isn’t all on Yoda, but generations of Jedi Masters. By teaching Younglings to study only the light side, the Jedi could not sense or see the signs of one of their own turning. Therefore, they treated the dark side as if it didn’t exist.

And while Yoda sensed fear in Anakin Skywalker, a trait prone to allowing one to fall to the dark side, the Jedi’s ignorance toward the dark side also meant they missed the signs of him turning to embrace it.

Yoda redeemed himself in The Empire Strikes Back. When he trained Luke Skywalker, he told his final apprentice to enter the Dark Side Cave. This introduced Luke to the dark side, where he gained firsthand experience on what it looked like so he could prevent it from rising again. 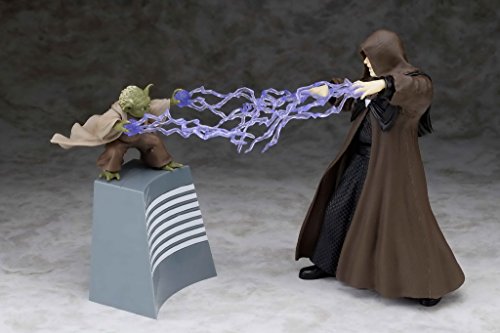 How did Palpatine Avoid Detection?

Palpatine became highly sensitive to the Force, allowing him to learn and master the Force stealth. It was also neither light nor dark maneuver since a Jedi could use the ability to mask their affiliation.

Obi-Wan Kenobi and Yoda used the ability to shield their Jedi identities during their exile following Order 66. However, Obi-Wan and Yoda did not mask their light side affiliation. Instead, they masked their overall Force-sensitivity.

Like Yoda and Obi-Wan, Palpatine used his Force stealth maneuver to its highest degree, allowing him to trick the Jedi into believing he had little Force-sensitivity.

Palpatine also maximized the Rule of Two. This allowed him to take control of the Galactic Republic as Chancellor while remaining a Sith Lord. He could also have an apprentice operate under him after killing his Master, Darth Plagueis, no later than 32 BBY.

During the Prequel Trilogy, Palpatine had three Sith apprentices fulfill the dirty work while he put on the ruse of being a non-Force-sensitive:

Palpatine also used the Clone Wars as further leverage to keep the Jedi from worrying about the dark side by steering them to fight another enemy.

The Point of the Clone Wars - The Genius of Palpatine's Plan

Since the Jedi were appointed to command clone troopers, fewer remained on Coruscant. This further kept even fewer within the Jedi Temple, which also held historical ties to the Sith, as a Sith shrine once stood on the property.

Palpatine also portrayed himself as a weak person. Despite his position as Chancellor, he was often clumsy, playing the role of an aging man long past his prime, especially in Revenge of the Sith.

Significance of the Jedi Temple

A former Sith stronghold, the Jedi Temple contained heavy energy concentrations from the dark side. This further played into Palpatine’s advantage, considering the Jedi’s ignorance, as they built the temple to bury any remaining dark side energy.

The Problem was, that the shrine rested under the temple, and Palpatine exploited this mistake by utilizing the dark energy, further cloaking his true identity from the Jedi.

We saw during the Prequel Trilogy just how much arrogance the move brought to the Jedi. When they wandered the temple’s halls, they often brought up the subject of how the Jedi slew  the Sith into near-extinction and that they would never return.

Palpatine used the knowledge he gained through the temple to relay to other Siths in the galaxy to become influential, allowing them to hide in plain sight. The Jedi never caught on, having long believed the Sith were less subtle about their identities, a mistake their ancestors made.

Palpatine’s influence allowed the Sith to learn from its mistakes while the Jedi made mistakes. When a rare threat from the Sith arose, the Jedi instead searched in places with high concentrations of dark Force energy, with no idea the Sith were walking among them.

How Did Palpatine Become a Sith?

To understand how Sheev Palpatine became a Sith, it’s appropriate to dive into his complete backstory.

From a young age, Palpatine had the dark side in him with his belief that he was different, and better, than everyone at everything. No one was exempt from Palpatine’s superiority complex, from his peers to his family.

Palpatine’s mentality led him to pursue a career in politics in his homeworld of Naboo. His short-term aims were to increase his family’s influence in the political realm. However, his father lacked ambition to advance the family, growing comfortable with his accumulated wealth.

It was around this time his interest with the Sith evolved. He started with seeking and purchasing Sith artifacts before studying the Order’s teachings.

His dive into the Sith’s teachings further reinforced his quest for power, but with an added twist. He not only sought power, he also sought to become a Sith Lord. Something inside stated a Sith Lord would seek him out, so he waited on Naboo for this individual’s arrival.

Not long after, Darth Plagueis arrived on Naboo to meet a nobleman who turned out to be Palpatine. Plagueis, dumbfounded for his inability to sense the Force in Palpatine, further noted he sensed nothing but a shadow shrouded in mystery, as though Palpatine wasn’t even there.

However, Plagueis had a vision before his own Master’s death that a Sith Lord would come to power and take them to new heights before an ultimate downfall. This individual would give off nothing, and Palpatine fit that mold.

Palpatine’s father caught word of his friendship with Plagueis (disguised under a pseudonym) and sent him off-planet before ultimately removing  him from the political realm. In doing so, his father further sought to control every aspect of Palpatine’s life.

Palpatine contacted Plagueis, who instructed his protege to kill his father if necessary. It was here both Palpatine and his father revealed their true hatred for one another.

Palpatine Falls to the Dark Side

After Palpatine’s father regretted not killing him early, it sent him into a frenzy, killing off family security with the Force before killing his entire family. Following the murders, Palpatine again reached out to Plagueis, who pledged to help his budding protege cover up his crime.

At this point, Plagueis revealed himself as a Dark Lord of the Sith and offered Palpatine a place at his side. Palpatine accepted and reinvented himself as Darth Sidious.

So in other words, this question that is key to the storyline of the prequels holding together, is never answered in the movies directly. We arrive at an unsatisfactory answer via sources ancillary to the film.