Anakin Skywalker has been an icon in the Star Wars universe since his introduction to the series.

Born to Shmi Skywalker, Anakin began his life as an enslaved person in his homeworld of Tatooine. Despite his poor upbringing, Anakin had something that was highly sought after, and that was his abnormally high midi-chlorian count (20,000 per cell).

This gained him the moniker of the “Chosen One“, and with that, he was recruited as a Jedi Padawan at the age of nine. Although nine was a bit old to begin training, Anakin was determined to be the best Jedi there was, not only for himself but for his mother as well.

As such, Anakin worked day and night until he was promoted to Jedi Knight in just ten years when it usually took double that time.

As a Knight, Anakin was unquestionably talented. He fought the likes of Count Dooku and was put to work protecting Padmé Amidala. He was even the first (and only) Jedi Knight to sit on the Jedi High Council when he represented Chancellor Sheev Palpatine.

On the flip side, Anakin’s growing popularity and ever-evolving talent caused him to develop a bit of an ego. This led to him feeling entitled to certain things, such as a promotion to Jedi Master.

A combination of these traits and more caused the once lighthearted Anakin to become the Sith Lord, Darth Vader. Once he eventually met his end, Anakin became a Force Ghost.

Since this was seemingly a light-side exclusive feat, many have wondered how Anakin was able to become a Force Ghost. This question and more will be answered as we dive into this topic, so stay tuned.

What is a Force Ghost?

Before we get into the nitty gritty of how Anakin/Darth Vader became a Force Ghost, we must understand what a Force Ghost is.

Force Ghosts (also called Force Spirits), are individuals who gain immortality after their deaths. Because the Force exists within all living beings, when they die, their essence will return to the Force.

However, some Force-sensitive individuals have mastered the art of preserving their likeness even after death. By becoming a Force Ghost, a Force-sensitive can essentially become spiritually immortal.

What this means is that, while their physical bodies will no longer be around, their spirits will still be active and able to communicate with their living counterparts.

In terms of requirements to become a Force Ghost, it appears that one must be in good standing with the Force. The Force-sensitive must die selflessly and make sacrifices to ascend to the level they need for this spiritual immortality.

With that said, it is theoretically implausible for any Sith to become a Force Ghost. Selflessness and making sacrifices for others in battle are more in line with the light side of the Force.

The Sith are notorious for being the opposite of this. They are selfish, cold-hearted, and will do whatever it takes to achieve their goal. Ergo, they do not fit the criteria to become a Force Ghost.

How Did Anakin Become Darth Vader? 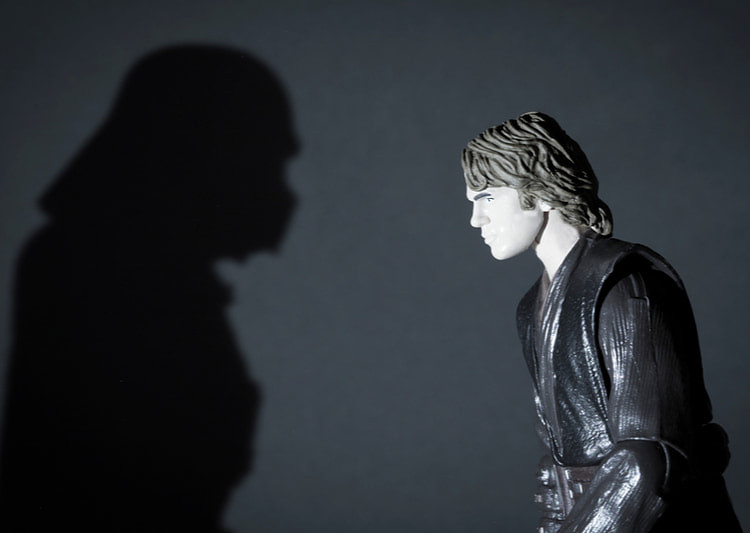 Anakin openly broke the rules stipulated in the Jedi Code, such as his unbreakable emotional bond with his mother and, later, his wife.

His rule-breaking and visibly inflated ego bred mistrust between Anakin and some of the Jedi Masters (particularly Mace Windu). This sowed seeds of discord among Anakin and the Jedi Order, which provided an opening for Palpatine to bend Anakin to his will.

Palpatine was the puppet master in Anakin’s life and orchestrated many events to nudge the young Jedi to the dark side. Finally, after the death of his mother, Anakin went into panic mode to save the ones he loved.

In his new role as Lord Vader, Anakin only grew in power. This is in no small part thanks to the less restrictive decree the Sith had.

Without the Jedi Code, Darth Vader was free to be as ruthless as he wanted to be in battle. He could use Force techniques and controversial fighting styles without fear of consequences from the Jedi Order.

The Dark Lord was almost a perfect Sith. He was driven by his thirst for optimum power, filled to the brim with negative emotions, and willing to do whatever it took to accomplish his goals regardless of who stood in his way.

How Did Anakin/Darth Vader Die? 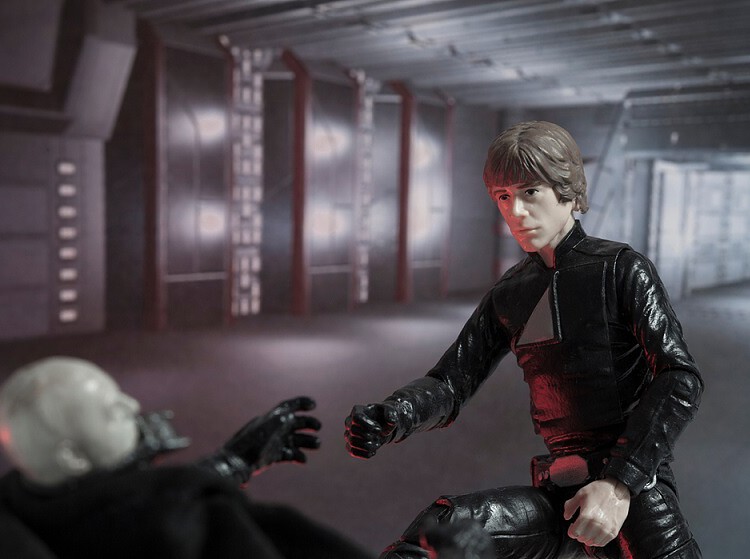 Although Darth Vader was undoubtedly one of the most powerful Sith Lords in the galaxy, he was not infallible.

He was left severely injured after his battle on Mustafar against Obi-Wan Kenobi. After this battle, Lord Vader was left without any limbs, with third-degree burns covering his body, and with mangled lungs.

Because of these injuries, Vader had to depend on his life support suit and a specially pressurized mask.

Still, his life support system was not without fault. In particular, Darth Vader’s suit worked with electricity, which meant he was vulnerable to that very element.

If he were to get hit by electricity or use Force Lightning, Vader ran the risk of short-circuiting his suit. This would leave the Sith Lord seriously injured or, worse, end his life.

Ironically, Darth Vader’s life was ended by electricity in a scuffle he had with his son, Luke Skywalker, and Emperor Palpatine.

In Return of the Jedi, Darth Vader brought his son before the Emperor. While Darth Vader wanted to bring his son to the dark side, Luke longed to save his father and return him to the light.

But Palpatine had another plan in mind. The Emperor thought he could trade in Darth Vader for the new Skywalker, so he tried to get Luke to murder his father. Of course, Luke refused, which prompted Lord Vader to torture him with Force Lighting.

Proving that his love for his family was stronger than anything else, Lord Vader could not sit by and watch Luke die. Therefore, he attacked Palpatine, pushing him down a reactor shaft, evidently to his demise.

At the same time, Darth Vader was electrocuted by Palpatine’s Force Lightning, which short-circuited his suit and left him for dead. With his final few breaths, Vader asked Luke to remove his mask.

Honoring his father’s request, Luke removed the mask, and with that, Vader looked at his son’s face for the last time and died.

Yet, that wasn’t the end for Darth Vader as he lived on in the spiritual realm as a Force Ghost.

How Did Anakin Skywalker Become a Force Ghost?

Now, we have already established that to become a Force Ghost, one must have a selfless connection to the Force. More often than not, this meant the Force-sensitive belonged to the light side.

So how did Darth Vader become a Force Spirit? 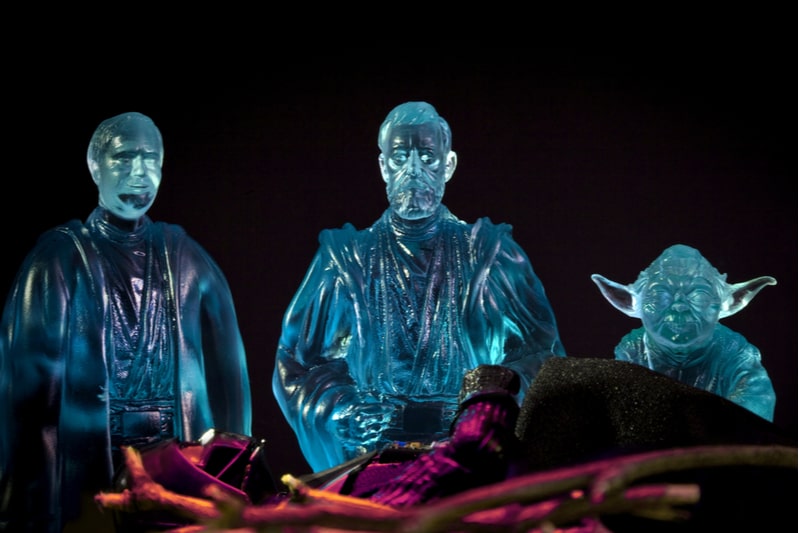 Well, before he was Lord Vader, the powerhouse Anakin Skywalker was also known as the “Chosen One”. His original calling in life was to bring balance to the Force.

When he became Darth Vader, Anakin relinquished this role. Even so, when he compassionately sacrificed himself to save his son, Darth Vader was returned to the light and his identity as Anakin Skywalker.

What’s more, the act of killing his master and the ruler of the dark side, Emperor Palpatine, allowed Anakin to complete his destiny as the “Chosen One.”

How Did Anakin Skywalker Become a Force Ghost in Return of the Jedi? Star Wars Explained

Just like most other villains, Darth Vader had a rough start in life. What sets the Dark Lord apart from the rest is his resilience and eerie relatability, not to mention his insane strength.

It’s no wonder Darth Vader was voted the greatest movie villain of all time.

Even with all his amazing attributes, Lord Vader was not immortal.

While he survived having lost all his limbs, obliterated lungs, third-degree burns, and a long list of other injuries, it took something as seemingly trivial as electricity to end Vader’s life.

Nevertheless, this wasn’t the end of Darth Vader’s story. Because the Sith Lord’s death was a result of his saving his son’s life, he was returned to the light side of the Force.

Additionally, Lord Vader’s killing of Emperor Palpatine to save Luke’s life completed his calling as the “Chosen One”. As such, the redeemed Sith Lord was able to attain spiritual immortality as a Force Ghost.