We do not directly see it, and probably do not think of it right away when we think of Star Wars. But it’s there all the time and is important to the movies and shows we love.

How Do Star Wars Ships Have Gravity?

Whether it’s Han Solo or Darth Vader, they can stay upright when traveling on spaceships because of artificial gravity. This technology enables occupants of these ships to move around and not feel the effects of weightlessness.

Artificial gravity is a way to create gravity on board ships flying through space. Gravity generators are used on any sizable spaceship or battlestation to provide that stability we see in the movies.

These artificial gravity generators create a gravity field for the ship’s occupants when they are beyond a planet’s gravity. These generators are crucial. Without them, Star Wars characters would not be able to move or work on the ship.

As fans have pointed out, when artificial gravity is turned off, everyone floats around, like in our real world.

Currently on planet earth, we do not have the technology to turn on artificial gravity the way Star Wars does. Astronauts instead have to train in weightless environments to get ready for space missions. 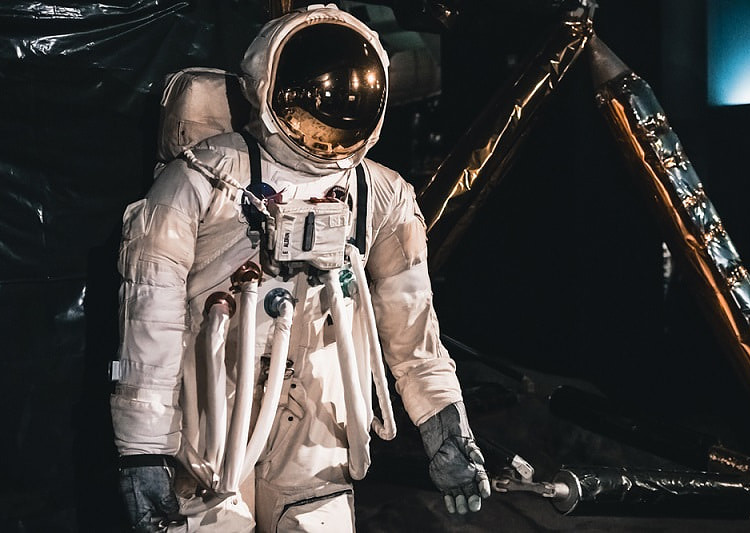 Even with training underwater or on airplanes to simulate weightlessness, astronauts experience many problems by not having gravity that Star Wars characters do not.

The impact on astronauts living in a zero-gravity environment includes loss of muscle mass and bone and mineral density. Heart strain, vision problems, and nausea are also common issues that arise with space travel.

These drawbacks will not stop planned missions to Mars, but they do provide real-life counterpoints to the experience of Star Wars. 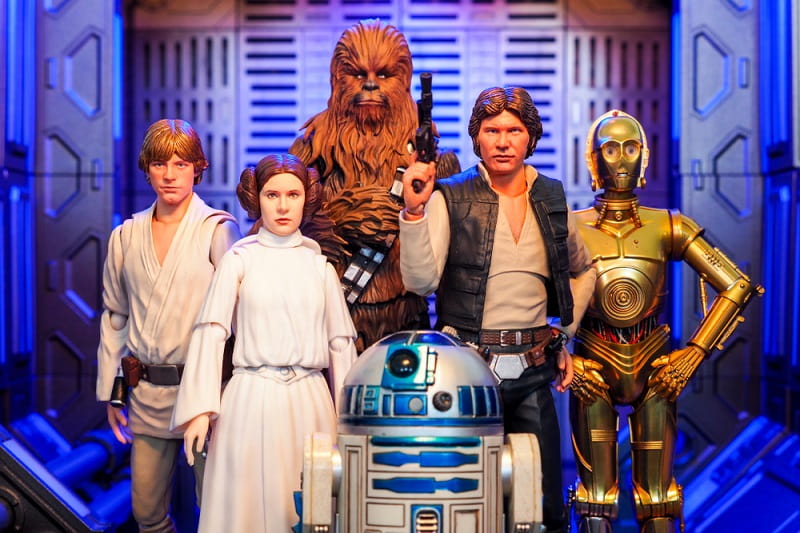 Pushing beyond low-Earth orbits will require artificial gravity and that is a possibility for us.

Current research and the popular book The Martian reflect that we are moving toward Star Wars-like gravity generation, but this will be based on how ships spin, not on complicated technology.

How Does Artificial Gravity Work in Star Trek? 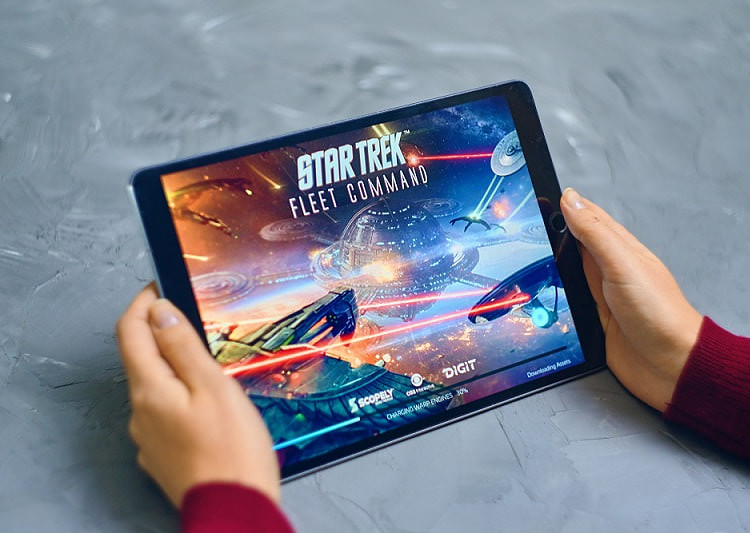 Star Trek generates artificial gravity on ships by using an Artificial Gravity Grid. Ship floors are embedded with Gravity-Plating that simulates gravity. This approach differs from generating a field in which occupants can stand and move about.

Further, inside these Star Trek generators are stabilizers that control the level of gravity.

So, Star Trek appears to be more sophisticated with its gravity than Star Wars. Or, at least the descriptions are more nuanced.

Both Star Trek and Star Wars go beyond films like 2001: A Space Odyssey, which is closer to what could possibly be created in real life.

As David A. Batchelor, from NASA’s radiation effects and analysis group, indicates, artificial gravity in real life “is not about to provide the normal environment of weight that the Enterprise crew experience.”

It may be possible to create certain magnetic fields for astronauts, but it would not work quite as evenly or as well as in Star Trek.

Why Do All Star Wars Planets Have the Same Gravity? 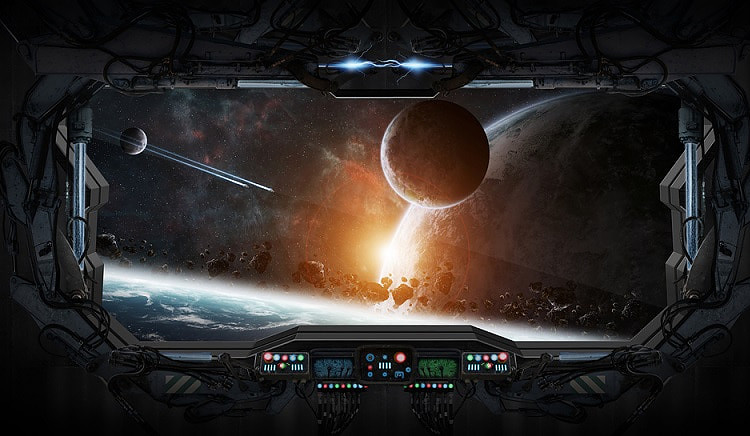 Gravity in Star Wars relies on Newtonian concepts. Gravity in this galaxy is defined as “the attraction between two bodies, dependent on their mass and the distance between them.”

So, in line with this theory, a larger body would have more gravity and pull harder on objects around it. For example, the planet Sirpar had a high gravity level compared to other populated planets.

Differences in gravity do exist in Star Wars then, but this variation between gravity only occurs occasionally. The Clone Wars did have Clone Troopers who wore magnetized boots to face these circumstances. 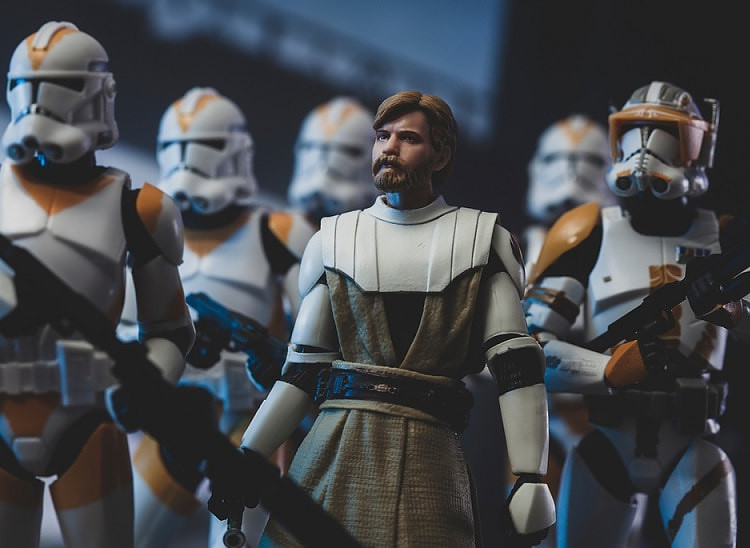 Yet, in the movies, it appears that Star Wars largely follows other science fiction shows. The planets on which characters appear tend to have about the same amount of gravity.

This makes sense for ease of storytelling and to keep the focus on the characters. If they were floating around, we may get more distracted.

How Do Things Float in Star Wars? 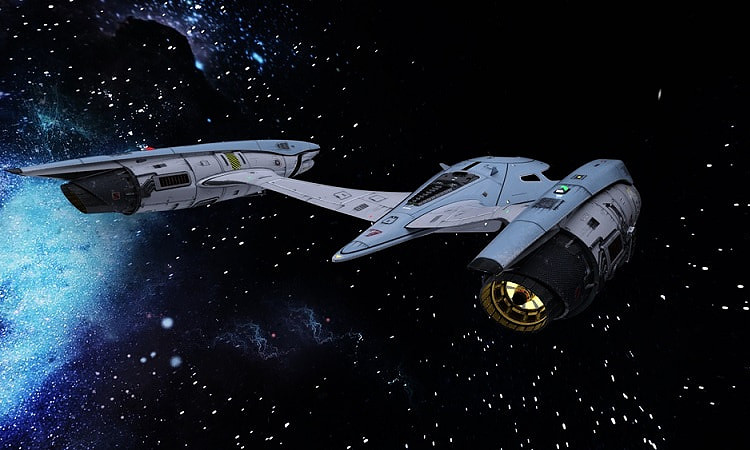 The use of repulsorlift is the primary way objects float in Star Wars. This technology allows ships and crafts to fly over or hover above a planet’s surface.

Star Destroyers perhaps stand out the most in terms of using this technology. They rely on an engine that generates an anti-gravity effect to stay hovering above a planet–usually while deploying an attack force.

Speeder bikes are another example of a vehicle that uses repulsorlift technology. Starships also use it for flights within planet atmospheres and for docking.

Of course, there are Jedi who float while meditating, but that’s another story.

While not visible or seemingly central to the Star Wars saga, artificial gravity is significant to keep the characters and story moving, or rather, in place.

Both in Star Wars and Star Trek, we see the use of artificial gravity. Both draw on physics to make it happen but are ahead of our time. Science fiction still takes priority over science in Star Wars.